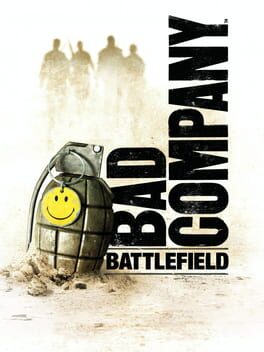 Set in the near future, the Battlefield: Bad Company single-player campaign drops gamers behind enemy lines as part of a squad of four soldiers - risking it all to go AWOL on a personal quest. Featuring a dramatic storyline flavoured with attitude, Battlefield: Bad Company leads gamers far from the traditional frontlines on a wild ride with a group of renegade soldiers who decide that sometimes the gratitude of a nation just isn’t enough. Battlefield: Bad Company is the first game built from the ground up for next-generation consoles using DICE’s bleeding-edge Frostbite game engine, delivering unrivalled graphics, effects and gameplay. Join Bad Company now.

In addition to Battlefield: Bad Company, the representatives of Shooter games also belong:

Battlefield: Bad Company is versatile and does not stand still, but it is never too late to start playing. The game, like many Shooter games has a full immersion in gaming. AllGame staff continues to play it.

Battlefield: Bad Company is perfect for playing alone or with friends.

At AllGame you can find reviews on Battlefield: Bad Company, gameplay videos, screenshots of the game and other Shooter representatives.

This is the second time we encounter a situation in which the installment of the core PC cycle appears only on consoles. After Modern Combat , there is the long-awaited Bad Company , in which the creators try to show that the idea of the conquest mode and focusing on multiplayer games does not have to be the domain of the Battlefield series. I say "they try" because the result is that the multiplayer keeps a high level, but the single player campaign already cries out to heaven for vengeance.

Trailers presenting the atmosphere of the single player mission promised an interesting storyline with excellent humor. And it really is. The story begins when the soldier we animate, Preston Marlowe, goes to B Company (also known as Bad Company), in which the army gathers only adventurers who stand before a military court every now and then. These soldiers are naturally destined to go to war as cannon fodder. Preston is put on a team made up of all the interesting characters - Haggard (a hot-tempered guy who likes explosives), Sweetwater (a typical good American college boy) and Sergeant Redford, trying to make sure all his actions always stick to his plan .

Their first joint task in the war against the Russians is successful, but along the way they encounter unknown mercenaries working for the enemy. None of the heroes would have thought about this fact anymore if Sweetwater had not told his companions that the mercenary army was paid for with gold bars. The grim prospect of dying in combat for a regular army and the opportunity to find more of the precious metal makes the four of them decide to desert in search of mercenaries and their fortune.

The plot itself looks quite interesting and focuses only on the actions of our heroes. This means that it is not known exactly where we are fighting, or why the war with the Russians broke out. Everything revolves around the brave four of us and the gold they are looking for. I have to admit that such a solution - although it does not allow for an in-depth understanding of the atmosphere of war - fits perfectly into the light topic that BF: BC deals with.

The mentioned humor manifests itself not only in the plot and dialogues of the characters, but also in the sound - in the menu we hear an interesting variation on the war march known from the first part of the series under the title Battlefield 1942. Later, during the game itself, we can listen to the calm sounds of the radio installed in a captured car.

What's wrong with single-player then? The efforts of scriptwriters and musicians have been thwarted by the poorly made artificial intelligence of opponents and our allies. Every time we stand face to face and barrel to barrel with an enemy, they do little or nothing to protect themselves from our bullets. Crouching is unfortunately the peak of their capabilities. Driving vehicles by NPCs is also tragic: sometimes the driver gets stuck on a stone or a tree and will not reach the battlefield. I would like to add that our companions are also practically unable to drive. It is regrettable that the only strong point of the opponents is their numbers, and their colleagues from B company - their immortality.

What's more, although the developers tried to diversify the game with vehicles, the use of stationary weapons, or the destruction of walls, famous even before the premiere, monotony quickly creeps in. Bad Company is based on a scheme, according to which we have to get to a designated place, and then clear the area of enemies and possibly blow something up or take it with us on a further journey. At the end there is a regrouping, and then we fly from the beginning - we go to the next point, we fight there, smash something and steal. Over and over again. There are also occasional technical errors. For example, I came across a helicopter which, due to its forward lean, should move, but was still in one place all the time. Moreover, this machine was constantly attacked by surface-to-air missiles, but it did not seem to bother it - it did not completely destroy it.

The single player mode in practice looks like that at the beginning it is nice and pleasant, then it gets boring, and in the end the only thing keeping the player awake are cutscenes filled with humorous dialogues. It seems the Battlefield franchise has always been, is and will be the online gaming series. I think that's why in BF: BC the lack of the option to play in cooperation with another player is very painful. Fortunately, the multiplayer mode makes up for the single's shortcomings more than enough.

Multiplayer offers us eight maps in the previously unknown in the series Gold Rush mode (Conquest will probably be available soon). It is very similar to, for example, Enemy Territory: Quake Wars, in which the attacking team must perform tasks in a specific order to move the fighting area closer to the main enemy base and the final target. In BF: BC, these tasks are based only on blowing up gold boxes. By destroying the first pair of chests, we unlock access to the next one, and the fights move to a different territory, which prevents monotony sufficiently.

The action is fast, because almost all players are in the battle all the time. The defenders of the crates are always on the spot, and the attacking team withdraws from the offensive only to return in a moment with heavy machinery in the form of tanks and helicopters. Of course, you should also demolish the walls - although it is based in one hundred percent on scripts, it gives the game an amazing atmosphere of the war raging around it. Chaos in all its glory!

In addition to tanks (we divide them here into light and heavy) and helicopters, in BF: BC we will also find boats, several types of jeeps and artillery positions. The latter are quite interesting because they resemble a bit the commandant mode from previous installments of the series. The player involved in shooting the battlefield observes the entire action from a bird's eye view. When he spots a group of enemies (or when his allies show him an important target to neutralize), he fires a series of missiles. These, in turn, not only destroy enemies and the walls mentioned above, but also the ground - after a series of several or several dozen missiles, the soil is full of funnels, and there are holes in the bridges that prevent vehicles from passing normally. Honestly, it doesn't really have much tactical use. Nevertheless, the sight of a town with buildings barely standing upright and the ground totally obliterated by artillery strikes can really make an impression, even despite the fact that up to twenty-four players are involved in the entire battle. Their number could be increased to thirty-two, but it is not too bad.

Some players complain that Bad Company is too simplistic compared to previous editions. This is partially a disadvantage, because personally I miss joining the squad of my choice. Thanks to this, it would be possible to create efficient landing troops, in which one of the players drives a light tank (many soldiers enter it), and the rest are waiting for a moment to run out of the cart and attack the gold crates. There are many examples of such moves. In general, players in Bad Company do not cooperate with each other as closely as in previous games. There is no communication rosette here, and conversations via the headset take place as part of a team of four. In fact, only marking the position of enemies and finding targets for artillery can be distinguished when listing cases of team actions. Limiting cooperation is in my opinion the biggest problem of multiplayer mode in BF: BC .

Another, albeit less conspicuous, drawback is the low usefulness of some gadgets. The special gun with markers (supplied by the Specialist) for self-homing anti-tank missiles (used by anti-tank soldiers) is simply overcomplicated and therefore impractical. The same applies to C4 charges - they can be used to trap and mine enemy carts, but it requires incredible agility, patience and good hiding places. Hardly any player decides to fight with bombs. All these flaws, however, cannot bury the multiplayer mode - despite the shortcomings, it is still incredibly playable.

The graphics of the game are at least decent. Apart from the picturesque nature of the bomb craters and towns almost razed to the ground, I have to add that both the trees cut down by bullets and the splashing water look great. The only thing that can be disturbing are car explosions. After what we've seen in GTA 4, the Bad Company outbursts seem to be purely pro forma.

There is also little to fault with the sound. Radio stations with quiet music, great songs played in the main menu and finally the sounds of gunshots and explosions sound very good and harmonize with what is happening on the screen. There is no fault with the actors who lent their voices to the main characters.

All in all, the Bad Company was worth the wait. Unfortunately, the problem with this game is that its undoubted advantages, i.e. humor and an original plot for a shooter, were destroyed by poor technical development. People planning to buy a new installment of the Battlefield series only for the single player campaign should give it up and look for something else. At the same time, I encourage you to buy those who want to play in multiplayer mode. It is a lot of fun and I think that every player using the benefits of Xbox Live! should at least somehow respond to BF: BC. I will even risk saying that we have a serious contender for the title of the 2008 multiplayer console game.

Screenshots will help you evaluate the graphics and gameplay of Battlefield: Bad Company. 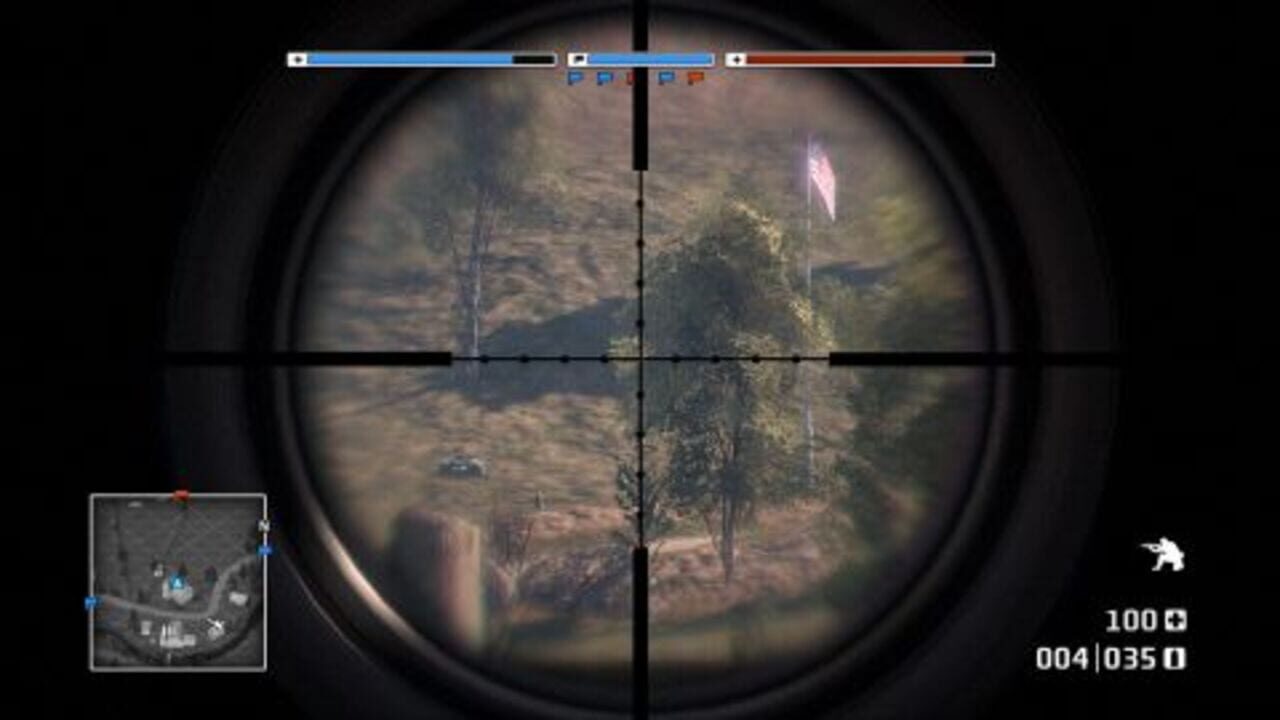 If you like Battlefield: Bad Company, but you're tired of it and want something new, you can try other games.