Boon Boon is a 2D platform game which is based on the romantic story between two cute characters, Boon Boon and Luna who is his girlfriend.

Boon Boon is released by Anamik Majumdar in 12 Jul 2020. The game is designed by Anamik Majumdar. Boon Boon is a typical representative of the Adventure genre. Playing Boon Boon is a pleasure. It does not matter whether it is the first or a millionth hour in Adventure, there will always be room for something new and interesting. Thrilling levels and gameplay Boon Boon will not leave anyone indifferent. The complexity of gameplay increases with each new level and does not let any player get bored.

In addition to Boon Boon, the representatives of Adventure games also belong:

Boon Boon is versatile and does not stand still, but it is never too late to start playing. The game, like many Adventure games has a full immersion in gaming. AllGame staff continues to play it.

Boon Boon is perfect for playing alone or with friends.

At AllGame you can find reviews on Boon Boon, gameplay videos, screenshots of the game and other Adventure representatives.

This section tells the history of the world of Boon Boon

Boon Boon is a 2D platform game which is based on the romantic story between two cute characters, Boon Boon and Luna who is his girlfriend.

Boon Boon, a gentleman, had courage of speaking freely to express his true feelings. He knew himself better than anyone else. One day, he fell in love with a cute girl, Luna, who also had a crush on Boon Boon. Later he figured out by himself that she loved candies very much. He decided to start collecting candies but there were hurdles all over the place! The monsters and the guards were protecting the candies from getting stolen. Now, what will you do?

Your mission is to collect candies and bring them to her to win her heart. However, it will not be that easy because the enemies are waiting for you.

Note: I am a solo indie game developer and I have created the graphics, artwork, character design, animation, programming except for the music. I hope you will enjoy the game.

Screenshots will help you evaluate the graphics and gameplay of Boon Boon. 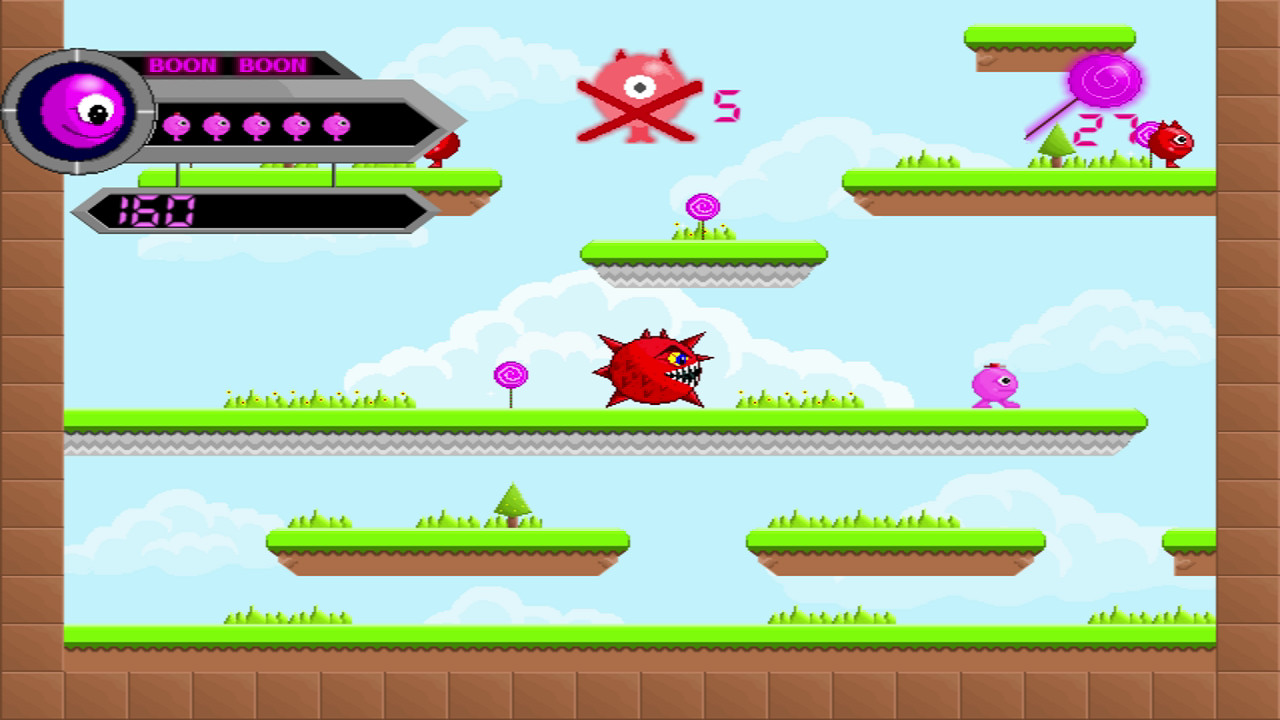 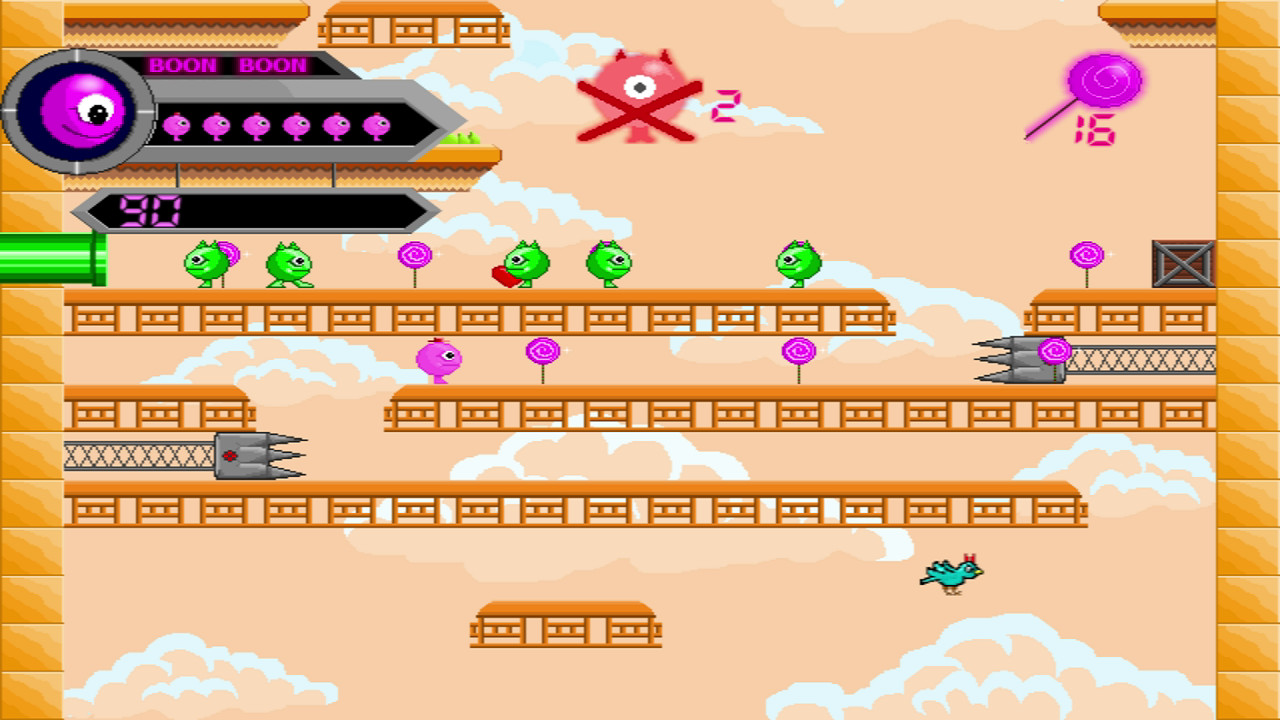 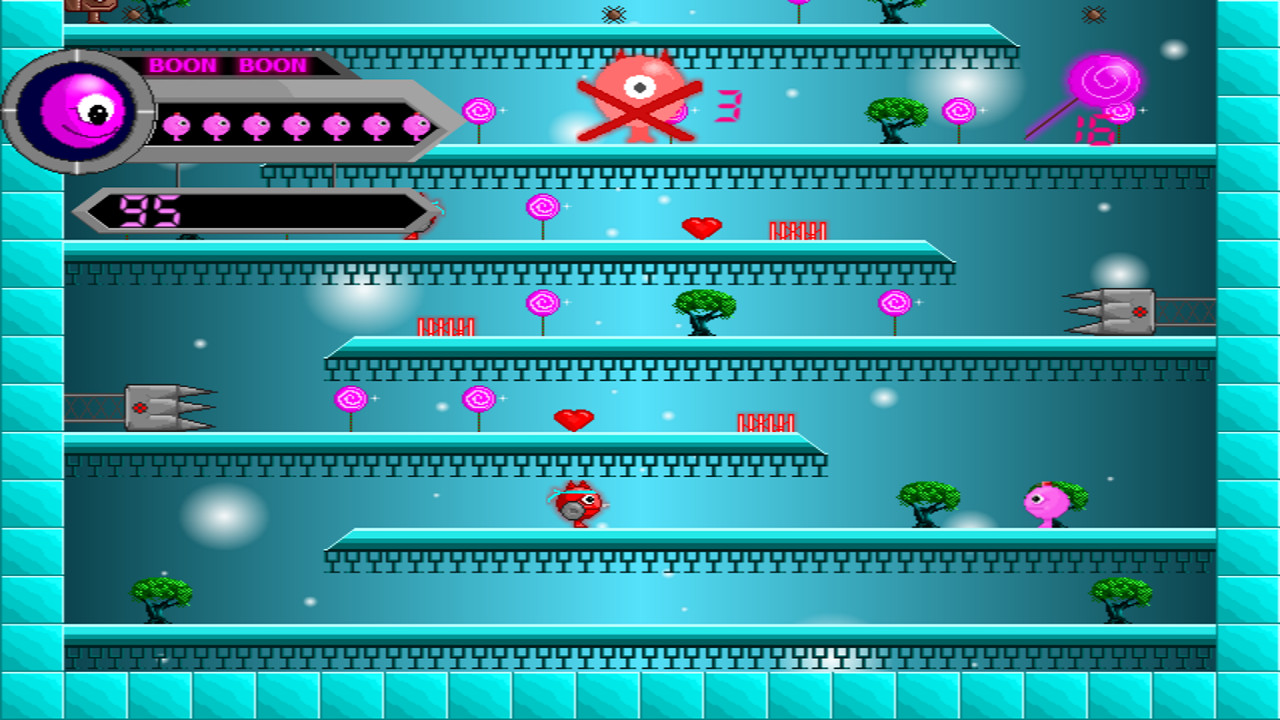 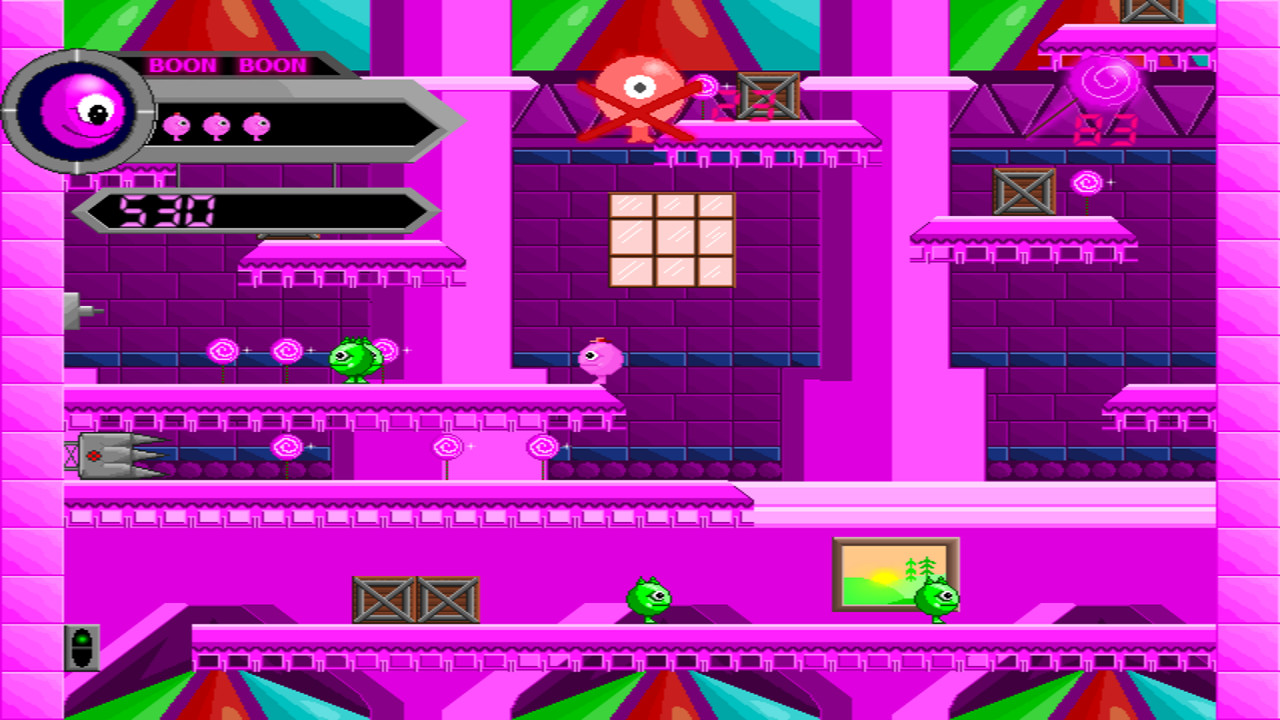 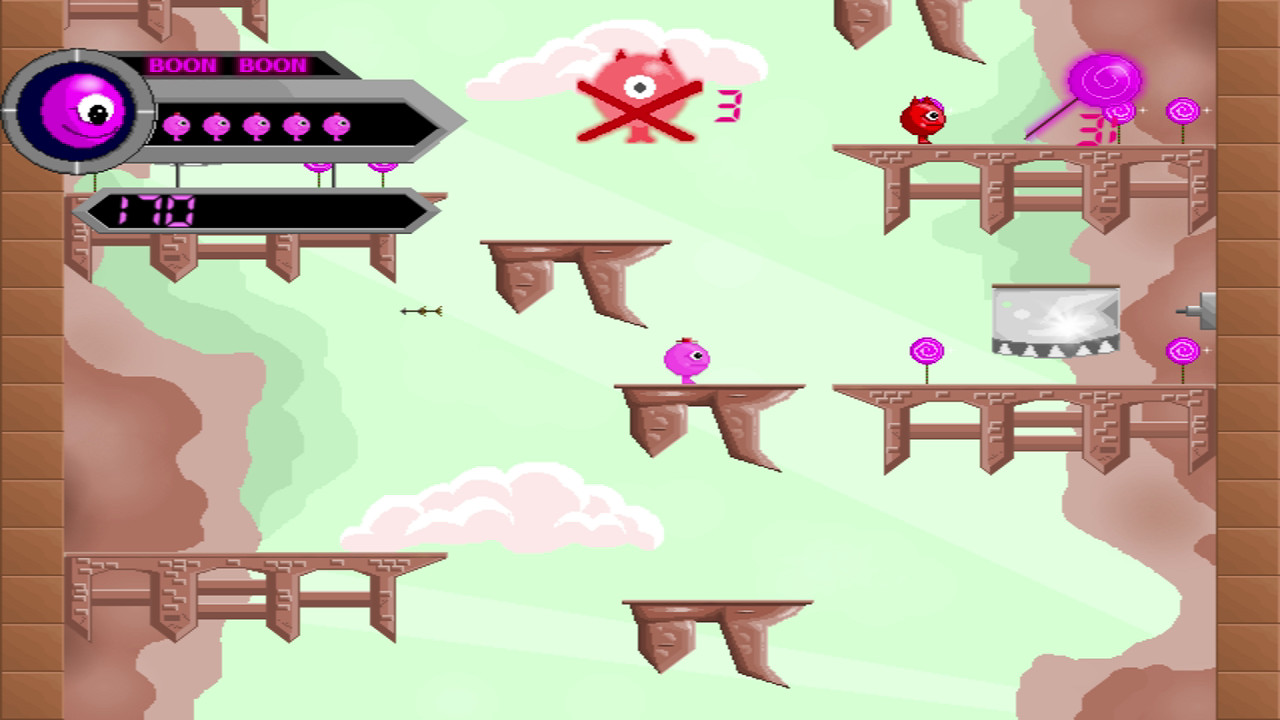 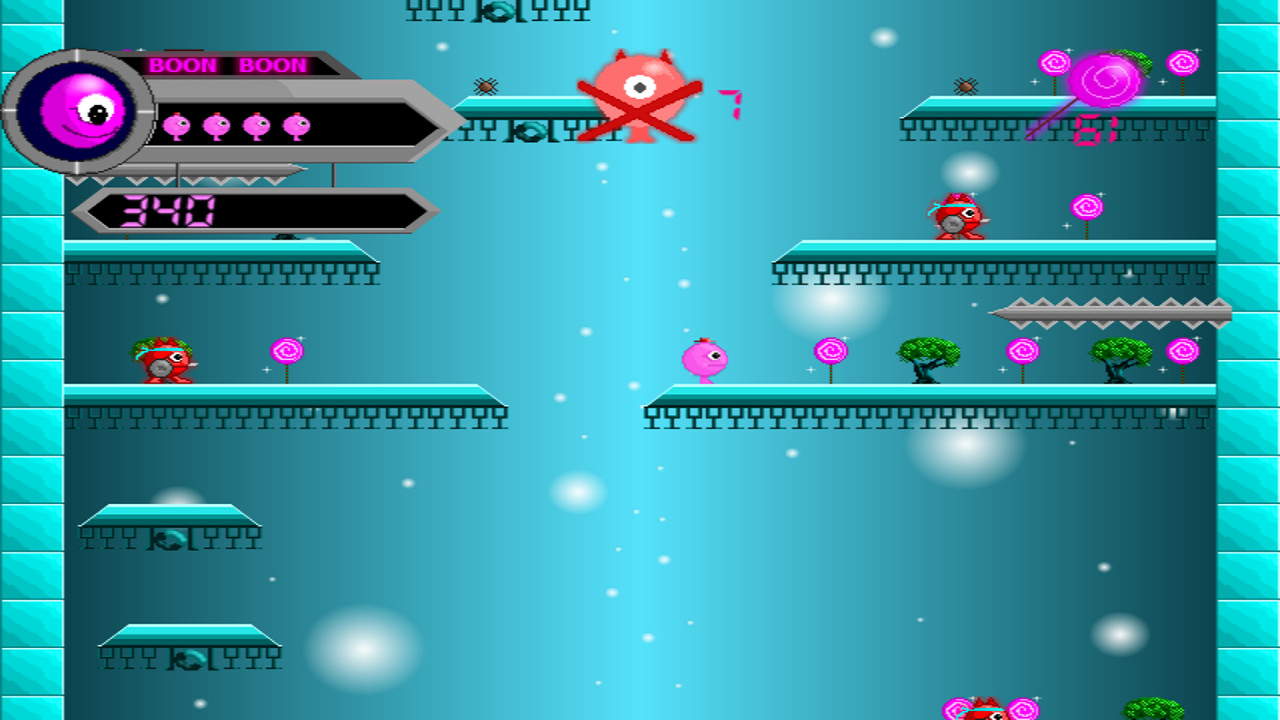 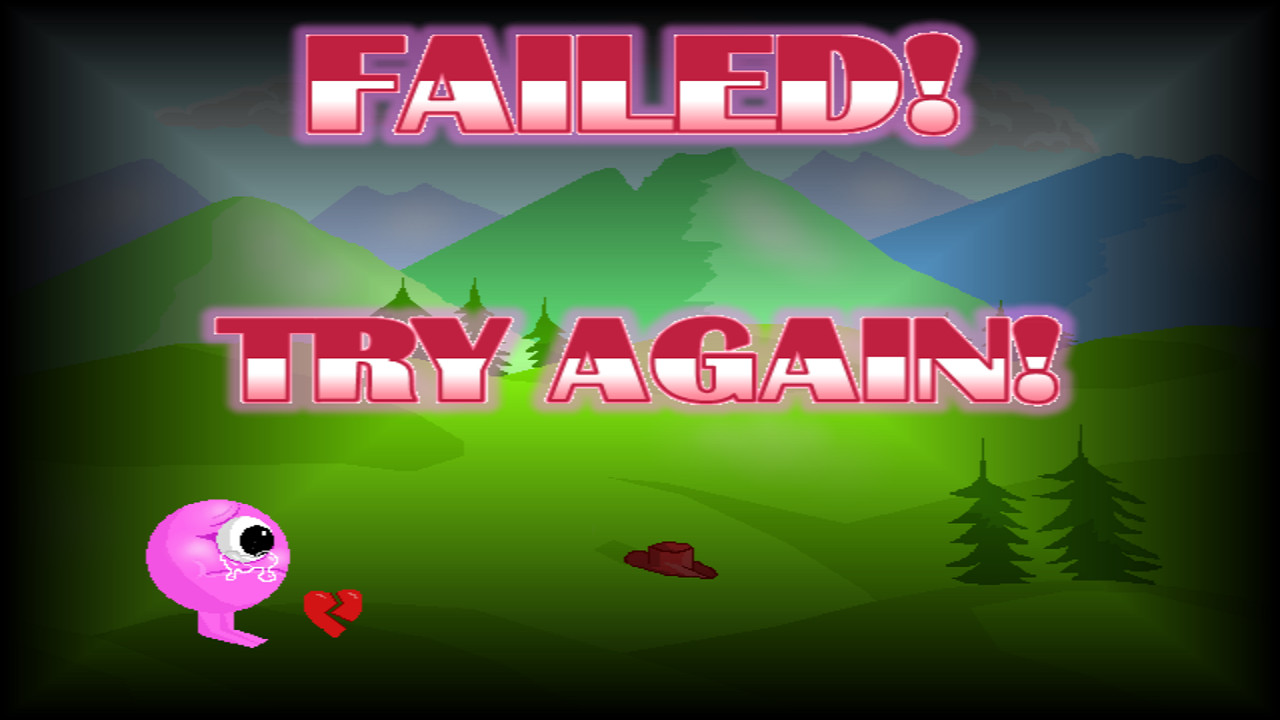 If screenshots are not enough, you can enjoy creative videos from Anamik Majumdar

If you like Boon Boon, but you're tired of it and want something new, you can try other games.