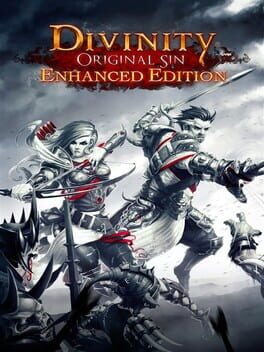 Divinity Original Sin: Enhanced Edition Edition is a much lauded Role-Playing-Game that blends deep customization and humor with dynamic turn based combat. Either in online co-op, split-screen co-op on your TV, or even alone, take advantage of a classless RPG system to create your heroes and conquer the evils of Rivellon! Embark upon a journey with up to three companions as you bend the very fabric of time, where what seems like the case of a simple murder unravels into hours of quests facing fiendish foes, magical polymorphs, and dastardly bosses. As a Source Hunter, master the elements and use the environment to your advantage in dynamic combats mixing weather and magic to explode, poison, electrify, freeze and burn your enemies!

A complete list of games like Divinity: Original Sin - Enhanced Edition can be found at AllGame here.

Divinity: Original Sin - Enhanced Edition is versatile and does not stand still, but it is never too late to start playing. The game, like many Role-playing (RPG) games has a full immersion in gaming. AllGame staff continues to play it.

Divinity: Original Sin - Enhanced Edition is perfect for playing alone or with friends.

At AllGame you can find reviews on Divinity: Original Sin - Enhanced Edition, gameplay videos, screenshots of the game and other Role-playing (RPG) representatives.

Author: Juan García
Date: 2020-03-03 03:52:35
Note: This analysis will focus on commenting on specific changes to the console versions of Divinity: Original Sin. For a more detailed analysis of what it offers, you can go through the original text of the PC version.

It seems that, for a while now, old-school RPGs are back in fashion. The best thing is that, in addition, they do not remain alone in their natural terrain, the PCs, but dare to jump into the console world, without suffering too much in the attempt. A good example of this we saw only a few weeks ago with Wasteland 2: Director's Cut , being the title that occupies the following perfect example that supports our claim (although much of the improvements of this Divinity: Original Sin - Enhanced Edition also arrive to PC through a free update).

It is a 'classic' role-playing game, from those seen from a zenith perspective, with turn-based fighting and lots of inventory management. That joins a dense argument that manages to put us in the skin of the hero, by allowing us to make relevant decisions in each of the missions we take, making us feel in command of the course of the adventure. To this is added that much of what we can do in this game comes through experimentation and common sense, with which Larian makes everything seem even more organic and with a purpose. In this way, and through the deep personalization of our characters (in relation to their abilities, since not so much in the visual), we will end up immersed in a world of medieval fantasy capable of absorbing us for more than 50 hours of play. Of course, everything said in this paragraph was already present in the original game a year ago, but for this port, more than 1,000 changes, tweaks and news have been added that change the face of Divinity: Original Sin - Enhanced Edition.

The most obvious come from the hand of the mandatory change in the control system. Larian passes this test with a note, allowing us to access all the possibilities of this title without having to juggle with fingers. The key, a radial menu system that works like a charm. We will not miss the keyboard and mouse, except with the inventory system, which was already dense and excessive in its original version, and now remains so, but adding a couple of cups of tiredness for not being an interface originally designed to a control knob On the other hand, Divinity: Original Sin - Enhanced Edition does manage to adapt menu systems well and display all the information on the screen of our TV without having to narrow our eyes to see tiny letters, or that the text occupies the largest Part of your inches.

However, not everything in this title is adaptations, but includes a good handful of features that add to the original mix. The best example is the cooperative options to split screen within the same console. Before they could only be enjoyed through the network of networks, so it takes on a new meaning, by sharing a sofa with our adventure partner (and without the rate of images or detail on the screen suffers). The rock-paper-scissors game is not the same when making decisions with someone far from us than with a compi within reach of our elbow ...

But of course, there is much more, for example the combat system has been expanded with new possibilities that increase our options when it comes to personalizing our character. Nor can we forget that the story has been expanded, including new locations and missions, although it is true that the original content of the game was already almost overwhelming, so it is a welcome improvement, but not really necessary. In addition, this is important, now the NPCs of history have earned the right to have their own voice in the game, which gives new life to the inhabitants of the game world. The result is a somewhat more immersive game, with added depth (for the new possibilities) and a greater number of hours than in the original. Although the additions may not cause the players of the PC version to replay it, we are facing one of the best options in terms of the classic role in the world of desktop consoles.

The last leg of the Divinity table: Original Sin - Enhanced Edition are the graphic touch-ups that it shows, which starts with a manipulable 360-degree camera and reaches the extreme of being at the height of the highest configurations in the PC world. although moving at 30 images per second. At least we will not find jerks and major problems, although it is true that the models of the characters and enemies are not exactly the most detailed that we have found in a title of these characteristics. At least the artistic direction is so bright that it will make us forget about that and focus on the magnificent world that we will face. And it is that even in that this title resembles the old PC titles: the important thing is not what you see, but what we identify with the character and his adventure, and the 'real' that turns his world to our around. In that, there are few hits to put Divinity: Original Sin-Enhanced Edition, which manages to engage as the best games of its kind, although its history is somewhat archetypal (but with an overflowing and successful humor).

All this adds up so that Divinity: Original Sin - Enhanced Edition becomes a game worthy of the podium in role-playing games in the current generation of consoles. It may not be to everyone's taste, because it is slower than what has been styled in recent times, but it is that Larian's work is more similar to the old titles a couple of decades ago than to the most current ones. This does not deprive him of taking the best of the times, by allowing us to interact with the environment actively, letting us make vital decisions for the development of the adventure and offering us a fantastic open world. In short, take the best of two worlds to offer us a gaming experience worth trying.

We gathered the finest game reviews for you to have a better idea of the Divinity: Original Sin - Enhanced Edition

Screenshots will help you evaluate the graphics and gameplay of Divinity: Original Sin - Enhanced Edition. 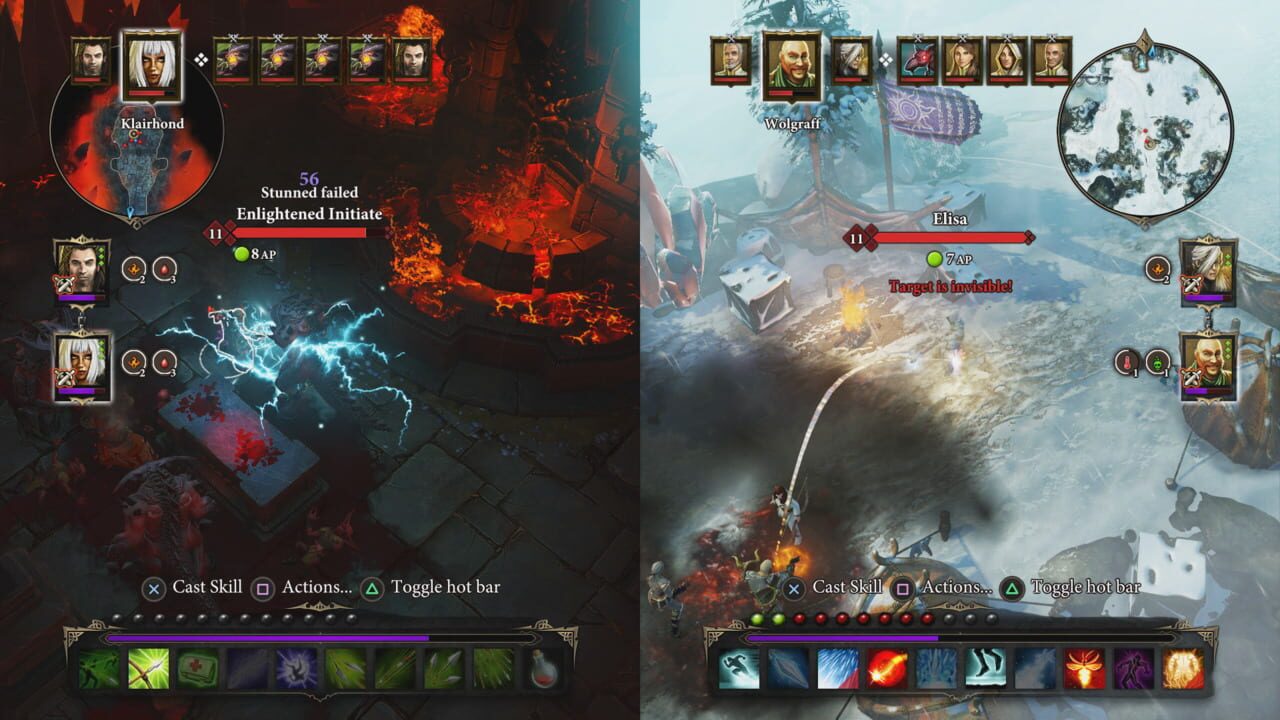 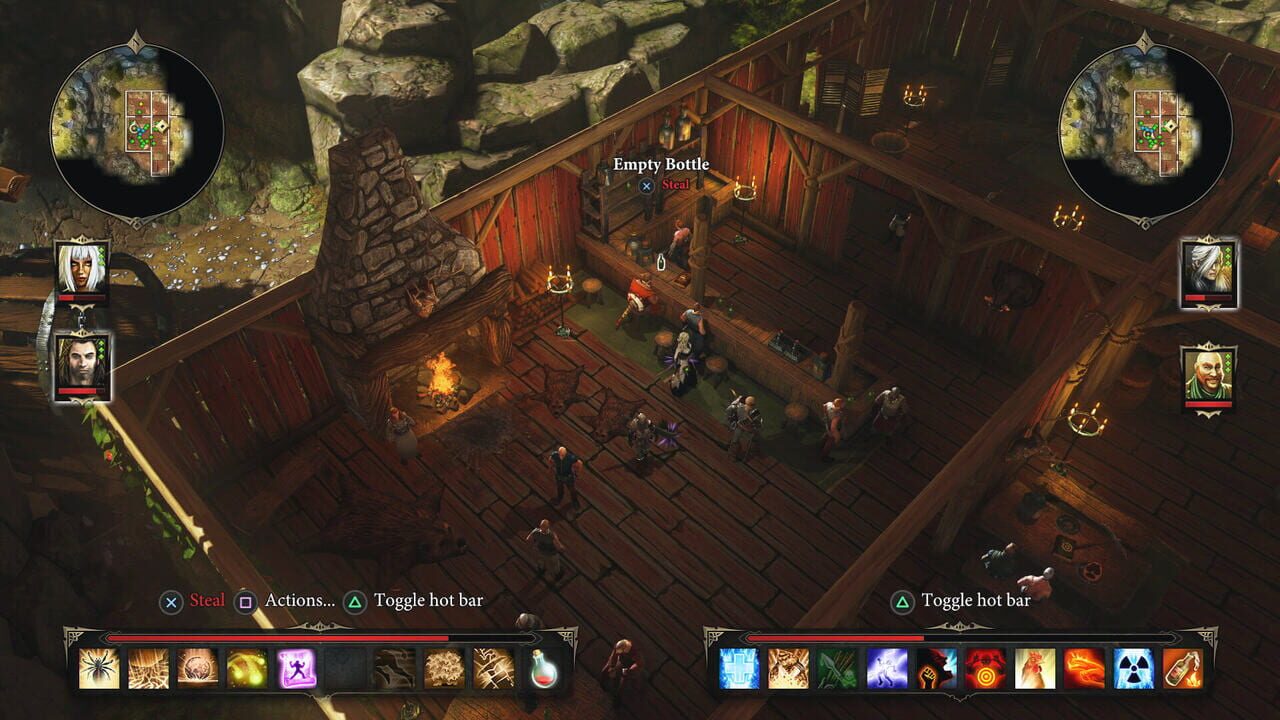 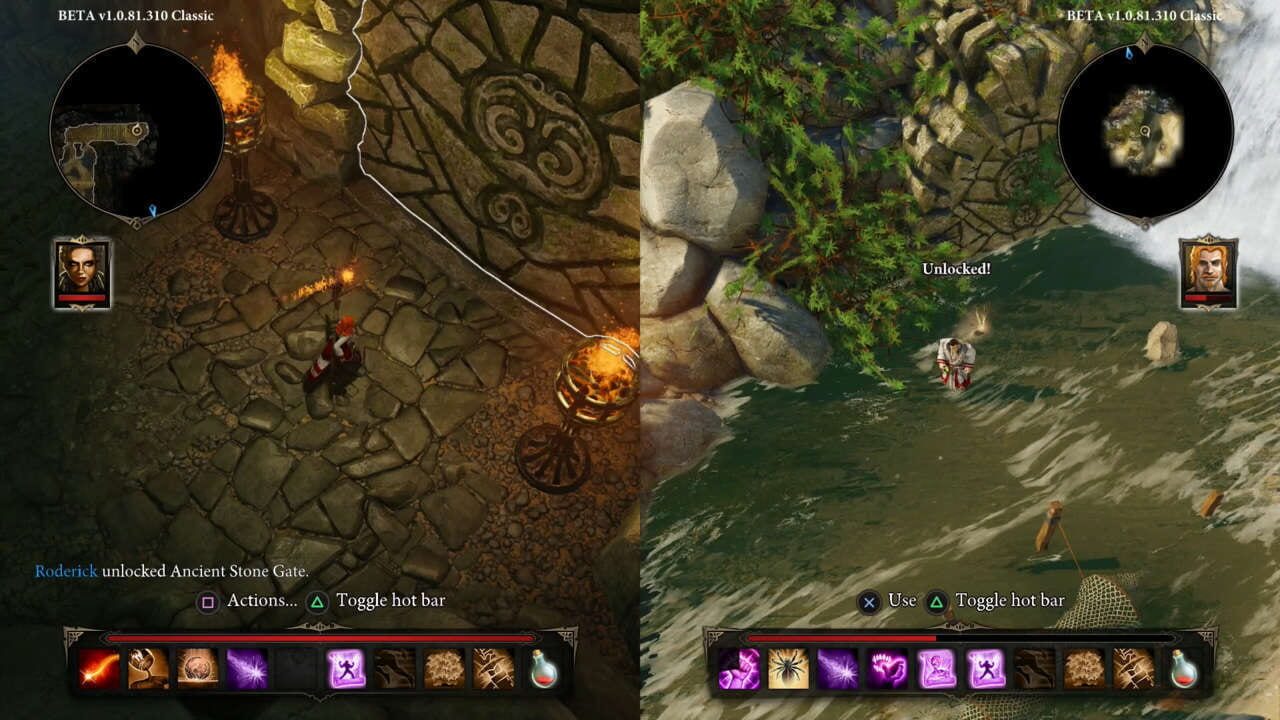 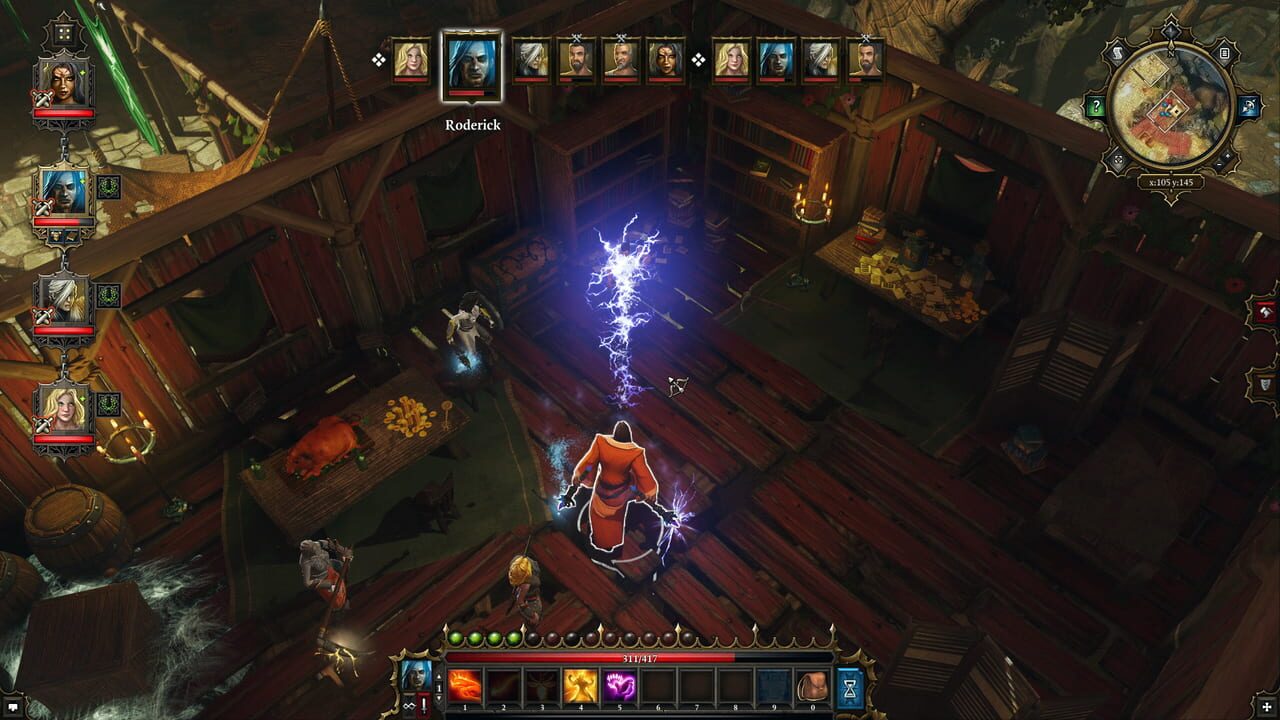 But that's not all! We also carefully prepared the best strips from Divinity: Original Sin - Enhanced Edition.

If you like Divinity: Original Sin - Enhanced Edition, but you're tired of it and want something new, you can try other games.