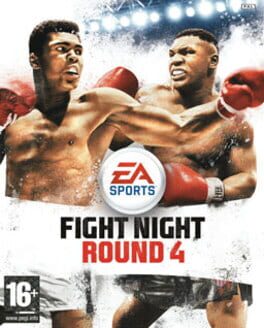 About Fight Night Round 4

In addition to Fight Night Round 4, the representatives of Sport games also belong:

Fight Night Round 4 is versatile and does not stand still, but it is never too late to start playing. The game, like many Sport games has a full immersion in gaming. AllGame staff continues to play it.

Fight Night Round 4 is perfect for playing alone or with friends.

At AllGame you can find reviews on Fight Night Round 4, gameplay videos, screenshots of the game and other Sport representatives.

A sports game that can draw people who are not interested in a given discipline - this is something. Nintendo's various antics aside, two such series come to mind: Virtua Tennis and Fight Night . The charm of the first one is probably due to the reference to the roots of video games, the second - the perfect cross between sports, fighting games and surprising accessibility. Everyone can and everyone should play any part of FNR . For example, the fourth, the best.

The glove is round and there are two heads. Boxing is a sport with simple rules and inviting depth. Spend a few months of your life perfectly preparing to put someone in the jaw? I am buying it. Fight Night Round 4 captures this atmosphere well. The skirmishes are effective, often unpredictable, fast and tactical. The combat system did not undergo a great revolution, but a lot of details were changed, which more or less irritated in previous editions. This way the duels in this game actually look better than they actually are. If real boxers had beaten each other with similar aggression, most of them would probably be under their thirties.

The game features a galaxy of boxing stars. It is headed by Muhammad Ali and Mike Tyson, who represent two new archetypes of players in FN: giants with a wide reach (Ali) and much smaller "bulls" who stay engaged all the time (Tyson). The entire star cast was therefore placed somewhere on the axis between the greatest boxer of all time and Iron Mike. Our Tomasz Adamek is much closer to Cassius Clay, who has even quite specific statistics. It is a pity that the commentators do not have recorded lines with the Pole's name on it. Most of the players in the game are recognized by them, Adamek is treated like a character from the editor.

The division of players into "big and small" brings with it considerable consequences in the game. There is also an excellent collision detection model behind it. Here there is no "contractual" landing blows and no magic block that simply exists and works. No, here everything happens according to the physics of the game - the hit must actually come. Holding the block is useless if the opponent's fist misses him by a few centimeters due to a slight tilt of the body. The flexible engine opens a highway of interesting solutions for us, and the length of the arm becomes the most important parameter describing a boxer.

Fans of the third part of the series will surely remember the exaggerated counters, which, upon closer examination, seriously spoiled the game and made it a defensive guesswork. This time the authors assumed that "the best way to win in boxing is not to get hit" and blocking is rather a last resort when it comes to defense. Now the first violin is played by the body tilts that we make by holding down L2. Counter-attacks are more difficult to produce and a patent for victory cannot be based solely on them. Dodging and blocking also inhibit the fighter's stamina regeneration, so the fight becomes quite a complex equation. Chess in the ring!

It is difficult to call an opponent with the strongest possible blow - a haymaker. In the long run, this means that the authors have finally managed to get players to use straight. Their combinations are the basis of a successful performance, also due to the new knockdown system. In the third part, when the opponent's energy was exhausted, the action slowed down, and we had to deliver one strong blow to knock him down. Now is different. First of all: with one blow, we can knock anyone down at any time (here the role is played by chance, let's face it). The "stun" state is more important, in which we introduce the opponent to the head or body with a solid fang. A stunned opponent loses energy much faster and is slowed down - then we need a quick, decisive combination, and with a bit of luck the judge will start his counting. The creators of the game perfectly managed to capture the atmosphere of sports competition - in order to win, we have to be focused all the time and watch every move. One mistake can end the fight. And it hurts when it happens in the last round.

During breaks between rounds, we no longer have to bother with any arcade mini-games. The matter is simple: 3 status bars (Health, Stamina and Damage), three healing devices. Which will we use? We can decide ourselves or rely on the machine. Interestingly, we will heal the player the more effectively, the better he performed in the last round. For a successful performance (the percentage of hits, stunning the opponent, etc.), we receive points, which we can then spend on specific treatments. Cool and practical, although I miss a bit of swabbing the brow bone.

If we play alone, FNR4 gives you a choice between a quick, single fight, and the career mode - Legacy Mode. We choose any boxer (already existing or created by us) and lead him through all career levels. From the transition from the amateur league to the professional league (at the very beginning we fight in the tournament in a protective helmet!), Through the first championship belt, to the GOAT status (Greatest of All Time, not to be confused with Fallout 3). Bringing a fighter to the top of fame requires him to play some 50-60 fights and have specific skills (for example, we have to win against boxers from higher weight categories). Do you think you will play as Ali and everything will go downhill? Forget it! At the beginning of the career, the statistics of any player are seriously lowered, so no trouble will go away, and you have to earn sweat and tears for Achievements / Trophies.

It is a tradition to create your own player from scratch. This time, we can even use the webcam (or upload photos via EA's website) to import our own face into the game world. The effects are ... unpredictable. You can definitely squeeze something out of this system, you just have to try it out. Editing a player, of course, goes further and allows you to choose his fighting style or guarding, we can even choose a nickname (read by commentators) and place of birth. Added to this is full control over the colors of the clothes and - attention - the possibility of using any music as our theme to enter the ring. There is a lot of fun, and yet all these elements will be used later in multiplayer! (we are not 100% sure about the music - we will update the review when we confirm it - editor's note)

After seeing the FNR4, I thought that the visuals hadn't changed much since the "three" times. A few days later, I launched the predecessor to be sure and I was surprised how ugly my once-favorite sports game looks compared to the "four". Interesting. Character models, textures, sweat particle effects - in FNR4 everything just looks better, more realistic. Hooray! The only thing that saddened me were the much more asexual knockdown reruns. We know they were bent in FNR3 - the crunch of bones, torn tendons, cracked teeth, and ground viscera may be closer to Necrosis than to sports, but it was fun! Now the replays are ... realistic. Ble. Guess what? I once witnessed the FNR3 beating Guitar Hero: World Tour in party conditions. Seemingly unthinkable. And the knockdown audio had a lot to do with it, believe me.

The FNR4 has a great soundtrack. EA has finally stopped experimenting with weird Latin rap and just went with certain brands. So there are RZA, Mos Def, Afrika Bambaata and a few other bosses. For fans of the guitar, there is even a Bloc Party. Overall there is a lot to hear while wandering through the menu screens. It is worse during fights, because the commentators bore you mercilessly. The authors used such a cheap trick - record extensive talks to impress someone who sees two fights with a friend. And it doesn't matter that we hear the same thing over and over again with the 10th duel. So commentators tell fascinating anecdotes ("This round reminds me of the first time I heard Ray Charles singing God Bless America" ... well, I am you), and forget, for example, that the end of the fight is near. Fortunately, they can be turned down.

New Fight Night doesn't come out every year. EA did not spoil this series with a mass game and fortunately, because thanks to this there is really something to enjoy. Here is the best boxing game ever made. It's easy to learn to play, hard to perfect - the classic principle of game design doesn't lie. FNR4 is a great production that everyone can be interested in. As for me, this is a game more interesting than the sport it simulates. Don't hit.

Screenshots will help you evaluate the graphics and gameplay of Fight Night Round 4. 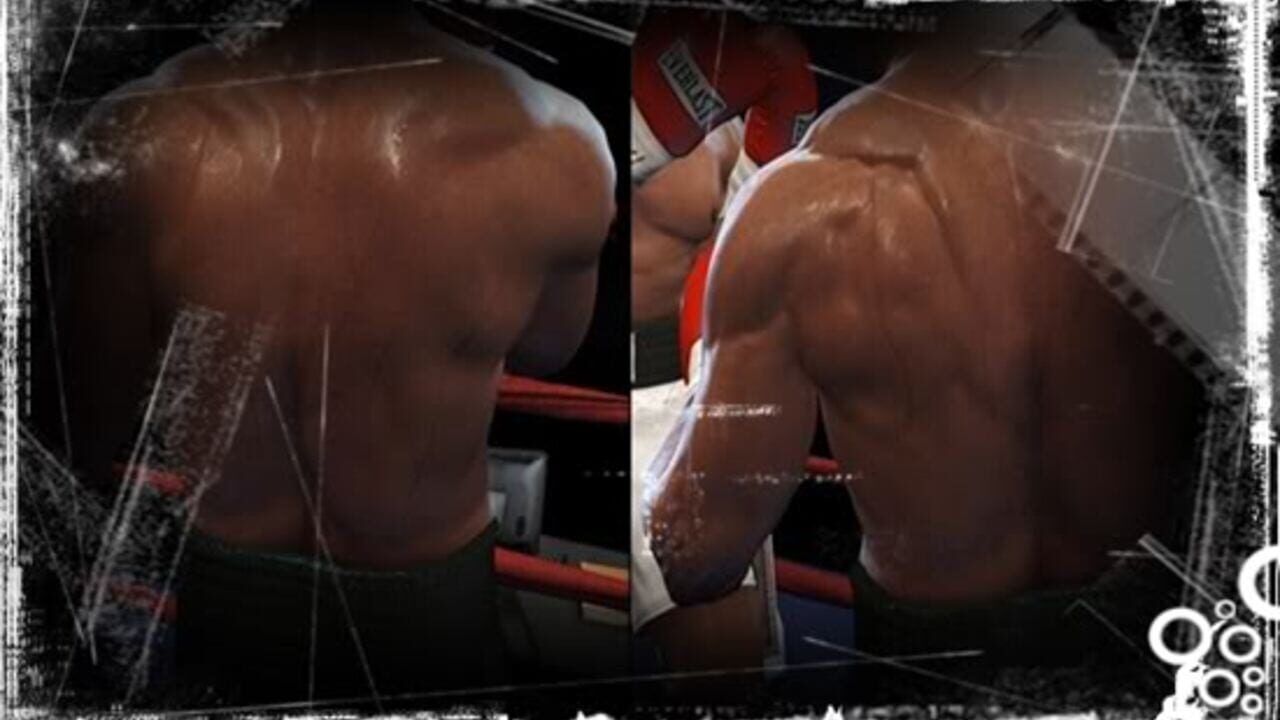 If you like Fight Night Round 4, but you're tired of it and want something new, you can try other games.