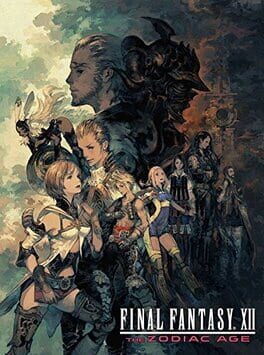 "FINAL FANTASY XII THE ZODIAC AGE improves upon the 2006 classic FINAL FANTASY® XII, now more beautiful and easier to play than ever. The high-definition remaster introduces several modern advancements, including reconstructed battle design and a revamped job system. With newly implemented trophies and share functions, as well as stark visual and sound improvements in true HD for the first time, players both returning and new to the game will experience a grand adventure that spans the world of Ivalice in an entirely fresh and improved way. Includes several all-new enhanced gameplay features: – The Zodiac Job System – Improved character leveling system that now caters to the player’s preference – Trial Mode – Take on monsters and enemies in up to 100 consecutive battles – Speed Mode – Latest-generation HD graphical capabilities, including characters and movie scenes fully remastered in high definition. – True 7.1 surround sound, including high definition voicing and newly recorded background music utilizing the current generation of sound production. – Modern advancements including PlayStation®4 trophy support and share functionalities, auto-save and shortened loading times – An endless amount of gameplay and adventure including Hunts, Battles, and mini-games"

A complete list of games like Final Fantasy XII: The Zodiac Age can be found at AllGame here.

Final Fantasy XII: The Zodiac Age is versatile and does not stand still, but it is never too late to start playing. The game, like many Role-playing (RPG) games has a full immersion in gaming. AllGame staff continues to play it.

Final Fantasy XII: The Zodiac Age is perfect for playing alone or with friends.

At AllGame you can find reviews on Final Fantasy XII: The Zodiac Age, gameplay videos, screenshots of the game and other Role-playing (RPG) representatives.

This section tells the history of the world of Final Fantasy XII: The Zodiac Age

"Enter an era of war within the world of Ivalice. The small kingdom of Dalmasca, conquered by the Archadian Empire, is left in ruin and uncertainty. Princess Ashe, the one and only heir to the throne, devotes herself to the resistance to liberate her country. Vaan, a young man who lost his family in the war, dreams of flying freely in the skies. In a fight for freedom and fallen royalty, join these unlikely allies and their companions as they embark on a heroic adventure to free their homeland."

Author: Inés Barriocanal
Date: 2020-07-30 22:39:51
It&#39;s been 10 years since Square Enix gave us a gem called Final Fantasy XII for PlayStation 2. It was a title as intense as it was innovative, making clear that interest in the saga for the online worlds. FFXI&#39;s fooling around with the MMORPGs turned into true love in this twelfth installment, declaring to the four winds that the time for change had come in the world of RPGs.

A much bigger world, a much more complex plot, a cast nourished with lively and vibrant characters, a new combat system ... It certainly scared some, shocked a few and captivated the majority, as it anticipated your time. Today we were able to remember that feeling of fresh air enjoying Final Fantasy XII The Zodiac Age, with a good handful of new features and a great facelift. Let's fight for Dalmasca once again, now in HD .

The incredible world of Ivalice welcomes us with a visual section that shines with its own light because of its extraordinary artistic facet, and that they have taken with pleasure the remastering, to tell us an old story: the war between Arcadia and Rozaria. We will suffer from minute one with a land trapped between the fronts, Dalmasca, and with all its citizens. This is not the story of one hero ... it is the story of six heroes. It is the history of a nation . It is the story of freedom.

In the shoes of Vaan, the loyal Basche, Princess Ashe, the duo Balthier and Fran and Penelo, the brave sextet we will play, we will also discover little by little the improvements that this installment has incorporated. For starters, the sonorous surname The Zodiac Age is already a novelty in itself , although it is not so much for our Japanese brothers. Final Fantasy XII came out in 2006 in Japan, but it didn't take long for them to see an improved version of the game, which unfortunately has not yet reached the rest of the mortals. It included a new work system that makes life easier for us, allowing us to choose between 12 trades for our characters, at a rate of two per head. The works are visually associated with the 12 signs of the zodiac, and hence this name (how fine these Japanese spin!) Although in addition to having been a good omen for the game, it has no more weight than that. These 12 jobs open up the 12 different license boards, making everything much more varied, orderly and organized. This makes Final Fantasy XII: The Zodiac Age a better game, more varied and with more customization , creating our team of characters to taste capable of making fear of the Empire itself.

Another novelty that we certainly miss in the original game is the possibility of pressing the L1 to double and quadruple the speed . Goodbye to the soporific walks through the huge scenarios that we will kick throughout our adventure ... and also goodbye to the tedious loading screens, since this theme has been streamlined including the option of automatic saving that will avoid more than one scare. The icing on the cake is undoubtedly the option to activate the overprinted map on the screen to guide us as we move. As you can see, dynamism has been one of the priorities in this renewed Final Fantasy XII.

Due to the enormous size of the game, there will be times when we need a break, and the new Challenge mode is sure to dazzle more than one with its charms. Using the characters we have developed in the game, we will be able to face up to 100 levels defeating increasingly powerful enemies, who will test our team, our gambits and our strategy. In addition, the objects and treasures that we obtain in this mode can be used in the main story, and that is always cause for celebration.

These developments have not been enough for you? Wait until you see the graphic section of the game . A whole display of beauty in the really improved cinematics, and a more than passable in-game facelift that is appreciated, since the game has aged really well having been well ahead of its time (and therefore misunderstood in the past by some). Certainly, don't expect it to be worthy of the capacity of the current console , but once you get used to the somewhat dated graphics, you will definitely enjoy it.

But if there is a novelty that we must underline, it is the sound section ... where you can see the love, care and passion with which this Final Fantasy XII: The Zodiac Age has been made. Without a doubt the soundtrack of the original is one of the most acclaimed in the series, and one of the most recognizable despite not having the great Nobuo Uematsu (except in the song of the credits). That is why it is wonderful to listen to it re-recorded by an orchestra, which gives it more majesty and intensity, (giving goosebumps to a servant). Also the sound in general has received the improvement of 7.1. and high definition, and it opens up the possibility of listening to the voices in English or Japanese.

Still want more news? Now we can finally make several characters use magic at the same time, we will also control the espers and the relays in the battle and the reward system has been improved, both the chests and the objects in the fights.

Everything is appreciated, but we have not managed to take away that feeling that already invaded us when we played it 10 years ago. FFXII is clearly a game that dreams of being on-line, but it remained locked within the walls of the local game, and without a doubt there it became strong, establishing the new dynamics of the next titles in the saga: more dynamism, more fluidity, more depth and more customization, something that was lost with the first six titles in the series.

Final Fantasy XII came to us in 2007, leaving us a maturity of the saga. His know-how, his forceful script, which gave us a richer and better narrated context. Its combat system at that time novel and its magnitude. Its duration, of more than 50 hours of dungeons, scenes, cinematics and adventures . Its evolution towards a much richer world, made it quickly considered one of the best in the genre. The most welcome Gambits (macros or scripts for AI during battles) opened up a new range of possibilities that made us fully immerse ourselves in this rich world of Ivalice. Without a doubt, this remastering, with its graphic and playable improvements, make it worthwhile to enjoy the Age of the Zodiac in all its splendor. Prepare for war, Dalmasca is waiting for you.

We gathered the finest game reviews for you to have a better idea of the Final Fantasy XII: The Zodiac Age

Screenshots will help you evaluate the graphics and gameplay of Final Fantasy XII: The Zodiac Age. 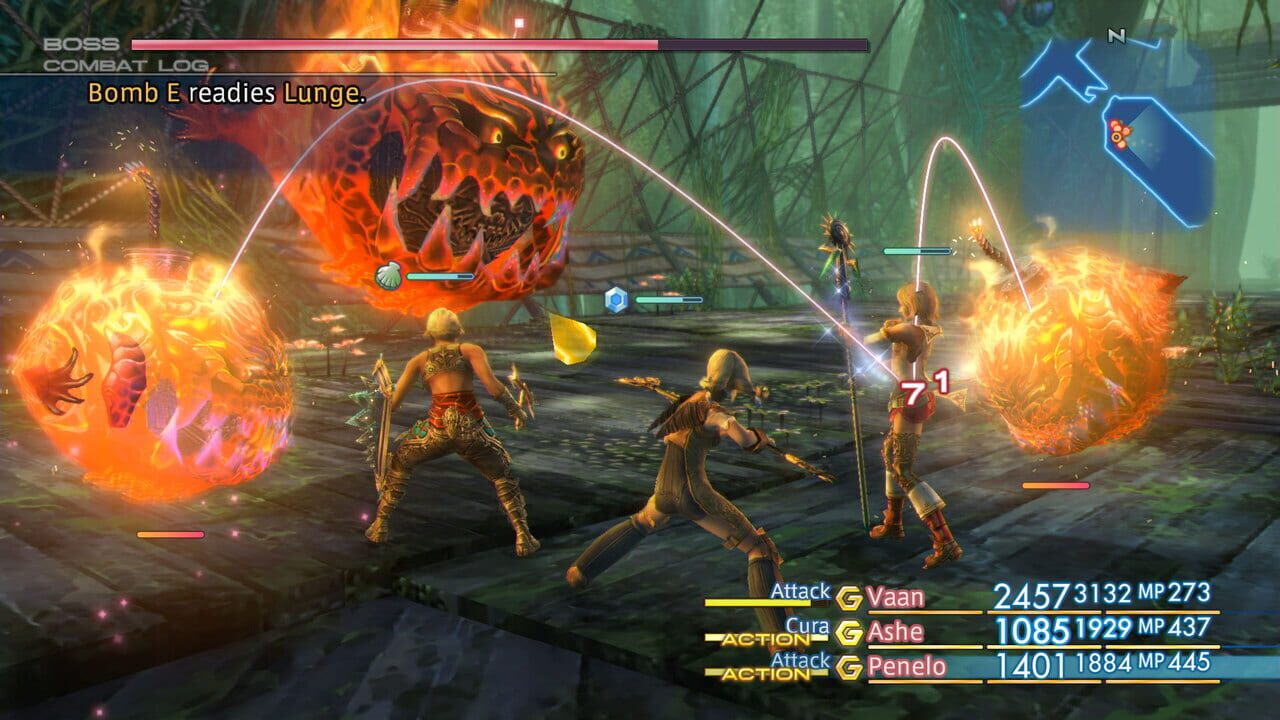 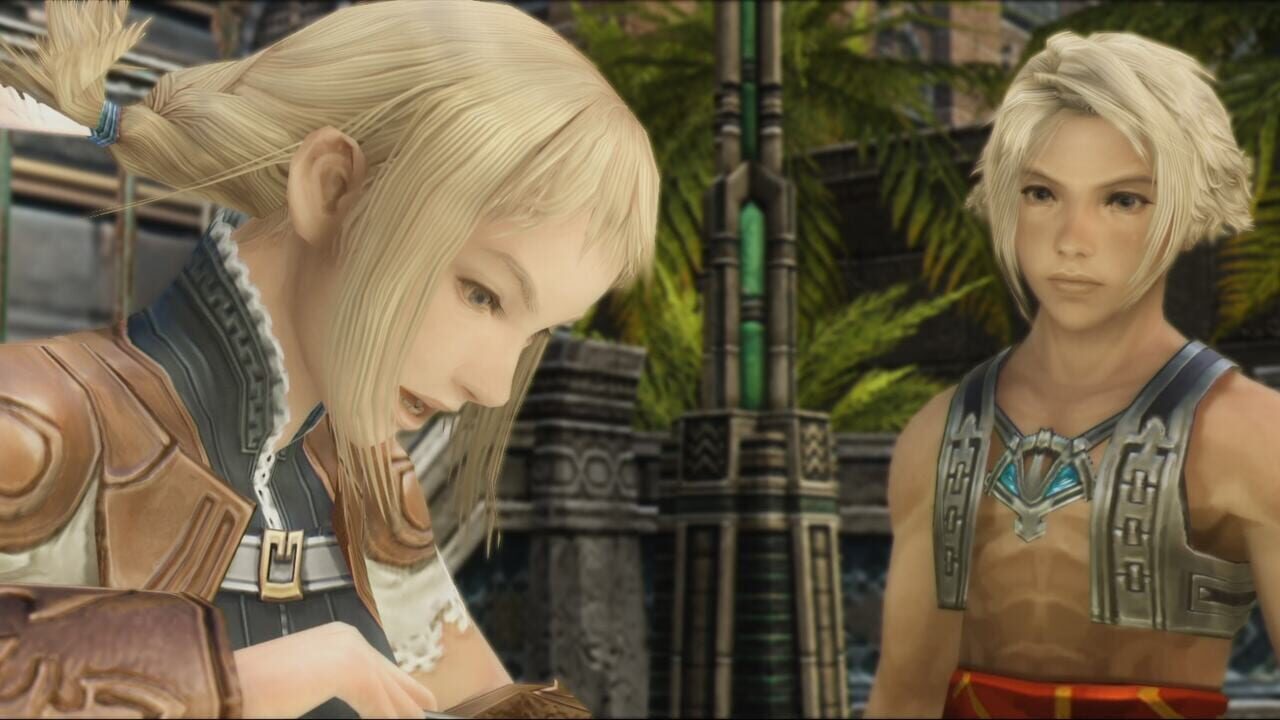 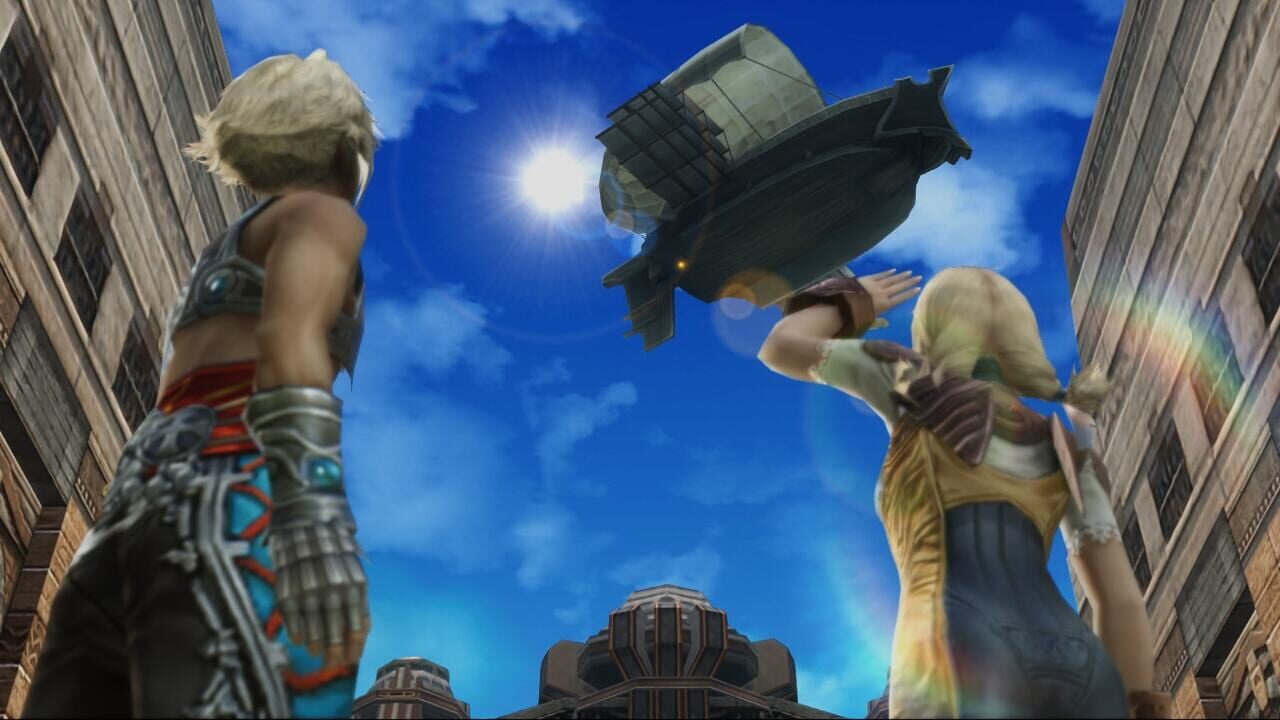 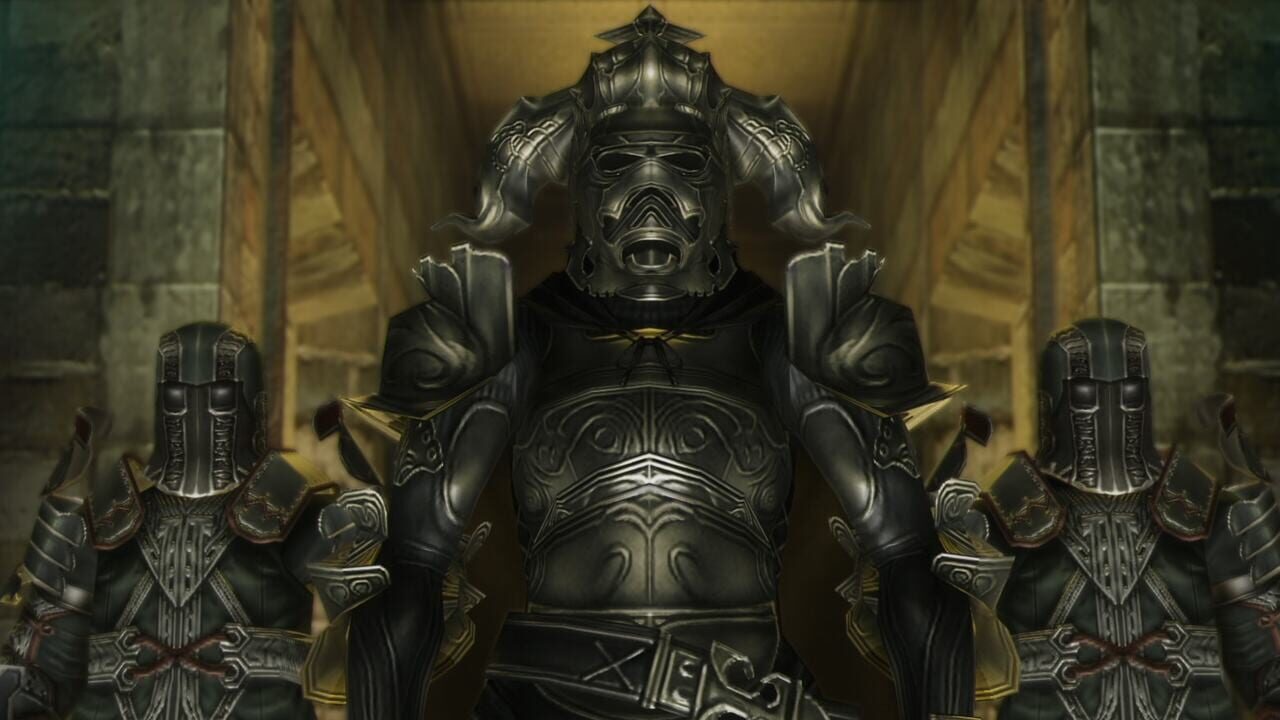 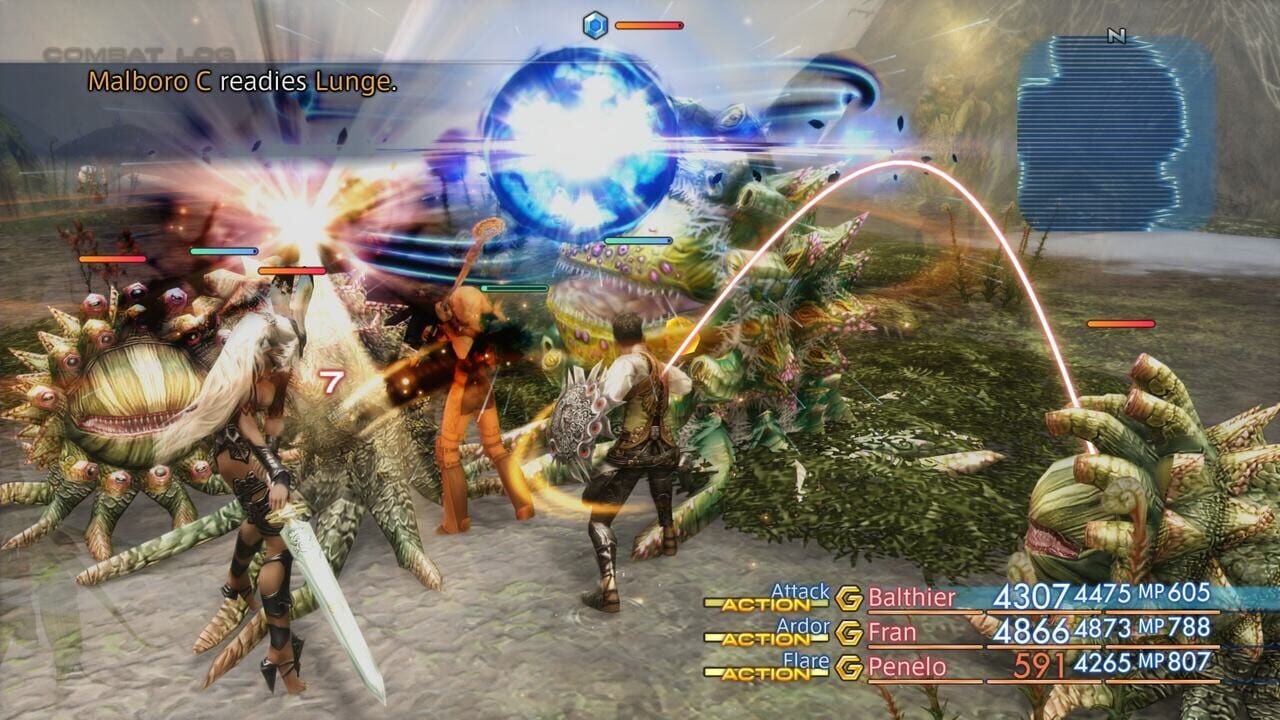 But that's not all! We also carefully prepared the best strips from Final Fantasy XII: The Zodiac Age.

If you like Final Fantasy XII: The Zodiac Age, but you're tired of it and want something new, you can try other games.