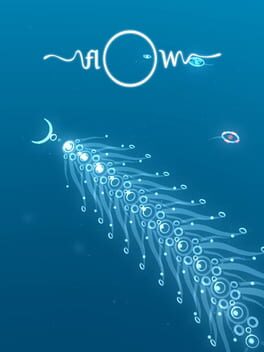 flOw is a game about piloting an aquatic organism through a surreal biosphere where players consume other organisms, evolve, and dive into the abyss. With an embedded design of DDA (dynamic difficulty adjustment), players with differing skill levels can intuitively customize their game experience and enjoy the game at their own pace. You can play as one of 5 creatures, each in a unique environment. Lose yourself in the crisp “deep blue” in full HD at 1080p and 5.1 Surround Sound. Use the SIXAXIS motion sensors on the DUALSHOCK wireless controllers for an organic experience that will allow you to glide, flit, and flOw through the universe.

flOw is released by Sony Computer Entertainment, Inc. (SCEI) in 14 Apr 2006. The game is designed by SuperVillain Studios. flOw is a typical representative of the Indie genre. Playing flOw is a pleasure. It does not matter whether it is the first or a millionth hour in Indie, there will always be room for something new and interesting. Thrilling levels and gameplay flOw will not leave anyone indifferent. The complexity of gameplay increases with each new level and does not let any player get bored.

In addition to flOw, the representatives of Indie games also belong:

flOw is versatile and does not stand still, but it is never too late to start playing. The game, like many Indie games has a full immersion in gaming. AllGame staff continues to play it.

flOw is perfect for playing alone or with friends.

At AllGame you can find reviews on flOw, gameplay videos, screenshots of the game and other Indie representatives.

Author: Marco Mottura
Date: 2021-02-04 05:04:17
There are artists so great that they are able to be recognized by a simple detail: think of the brushstrokes or the use of color by certain painters, the use of shots by certain directors, the form of prose or poetry by some writers. Personally I place thatgamecompany among that group of elect: with their overwhelming ability to surprise, amaze and excite Jenova Chen &amp; Company not only have they created a truly unique software house, highly recognizable in its delicate style and in full contrast with the rest of the bandwagon, but they have also been able to challenge and overturn important rules of game design.

I do not want (nor frankly am interested) to reopen for the umpteenth time the philosophical quarrel about the possible nobility of the videogame medium: I do not know if videogames are or are not art, but I am absolutely certain that people with monstrous talent work in that who, thanks to a damn concrete vision, has shown several times not only that he has something to say, but that he is also able to condense flashes of pure poetry in the form of pixels.

This is why this collection is to be considered as a kind of miraculous treasure to be jealously guarded, tasting it in small doses and in special moments: inside it contains three priceless gems, titles that with their conceptual power have marked the current generation and probably not only.

Atypical and courageous experiments, which going beyond what is commonly understood as a video game in the broad sense have been able (and will know!) To involve and touch anyone who is willing to approach something "different", far not only from the inevitable shootings, from gutting and increasingly frenzied action at all costs, but even from concepts such as scores or game over.

In short, if you want to experiment with videogames (and not!) New sensations, free your mind, open your heart and ... take a seat. There is not even the excuse of the ticket price - absolutely low given the 25 Euro - or of any idiosyncrasies with digital delivery and online purchases by credit card: directly on disk you will find everything and more, including a good dose of very interesting extras to discover the genesis of thatgamecompany productions.

The advice is to start - exactly as I will do in this review - in strict chronological order. Starting from flOw and arriving only at the end of Journey it is in fact possible to grasp the palpable growth of the team, as well as the progressive fulfillment of a speech that began almost by chance and ended with the well-deserved limelight at an international level, in the clamor of critics and audiences that belongs very large.

Did you know that Jonathan Blow collaborated on the development of the flOw particle system?

FlOw is the title that marks the beginning of thatgamecompany's adventure: born in 2005 as a university project by a Jenova Chen then a student of the USC, originally not even thought to be a real videogame (and least of all a commercial "product" ", in the most literal sense of the term). The 300,000 views on the web for the browser version - including mine proudly! - however, they convince both the young Chinese game designer and - above all - Sony that something good must be hidden at the bottom of those enigmatic depths in flash.

And so, here is the PlayStation 3 version, expanded and revised to what it is today: half an interactive screen saver, half an elementary parable on Darwinian evolution and survival. But be careful to underestimate the extent of this bewitching walk in the abyss, dismissing it as little more than a wonderful toy due to the basic gameplay: beyond the splendid artistic direction, behind the ethereal accompanying music, there is a particular soul. and exciting, capable of really leaving "something".

The same very concrete yet elusive essence that constitutes the heart, or rather the seed, of Flower: a sublime Zen reflection on nature, for a sort of Snake composed of flower petals which in addition to using the motion sensor contained within the DualShock 3 in a way for once very intelligent and not forced (previous all in all more unique than rare in the history of the console ...) it also reveals a decidedly more structured and profound title than its predecessor.

As we learn from the extras, Flower's admirable handling of petal movement was born ... by mistake.

Imagine an airy run through a digital locus amoenus (with breathtaking landscapes that cannot fail to refer to the character and color of certain impressionist canvases ...) to be animated with the graceful touch of the wind, scattering here and there arabesques of multicolored petals: Flower is "only" this, yet at the same time much more, for an experience full of poetry that prepares the way for what is the great and true absolute masterpiece of this Collector's Edition.

Loaded with symbolism and charm, Journey is a hermetic parable about life and death: a journey of just two hours, one that can upset and mark a gamer's life, touching you deeply (as shown by my experience with the game during Christmas Eve, told here). An astonishing concentration of humanity and lyricism, able to move and amaze with its innate universal grace, without ever resorting to dialogues or even less cloying rhetoric.

An absolutely unique and atypical production, for a pilgrimage of the soul to be experienced at all costs: an evident demonstration of how powerful the videogame medium can be, as well as a testament to future memory of the greatness and inspiration achieved by a thatgamecompany at its best. splendor.

So off you go, forget the rules, put aside the ordinary canons of standard video games and let yourself be enchanted by a magic with a hopelessly ancestral flavor, possibly venturing along the way in the company of another traveler (who will remain unknown for the duration of the adventure. , in a multiplayer mode as delicate as it is successful): there are no scores or prizes at stake, but moments that are balm for your heart, to which it would be foolish to say no.

Marco Mottura , editor of IGN Italia, looks forward to knowing what the future of thatgamecompany will be now that the team has become virtually multi-platform . Talk to him via Twitter!

Screenshots will help you evaluate the graphics and gameplay of flOw. 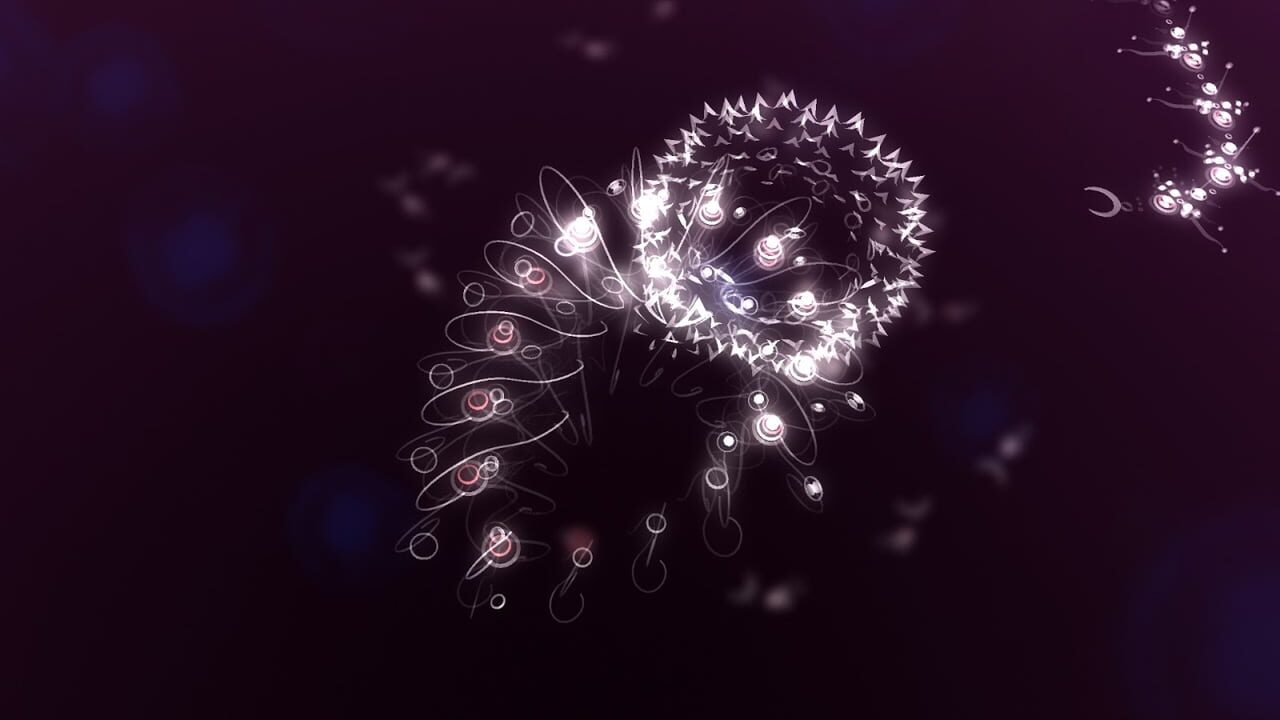 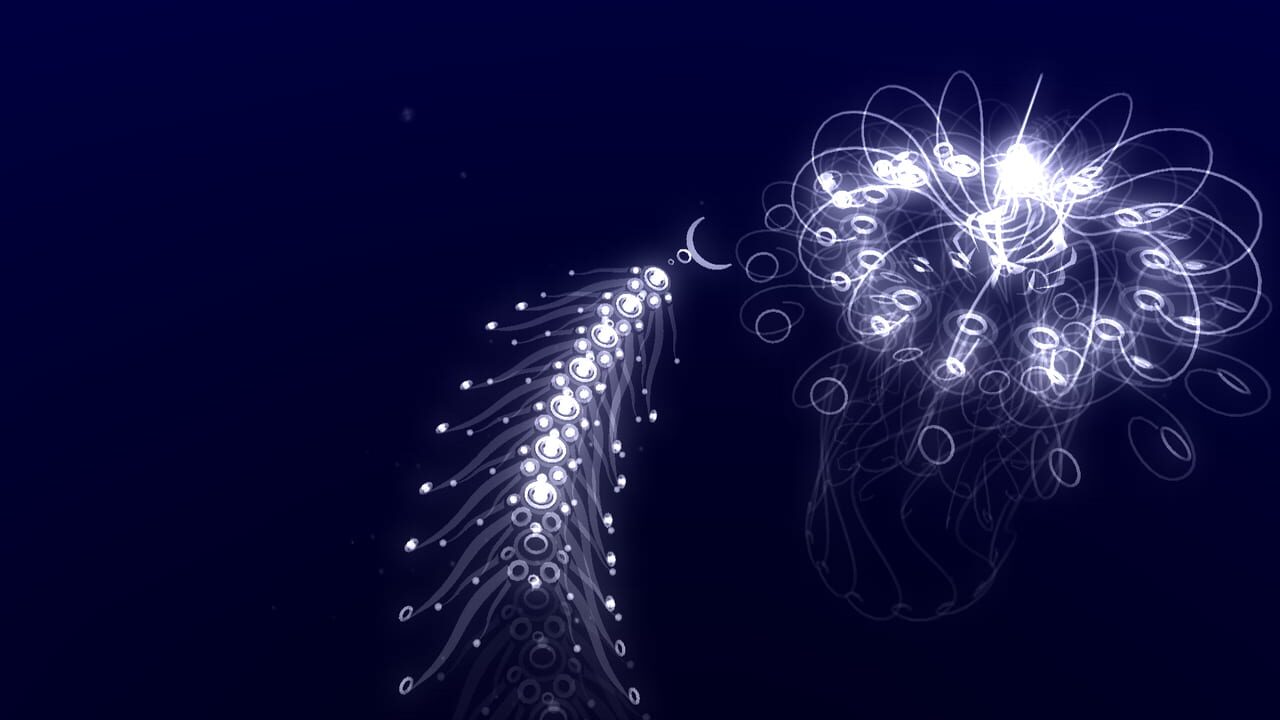 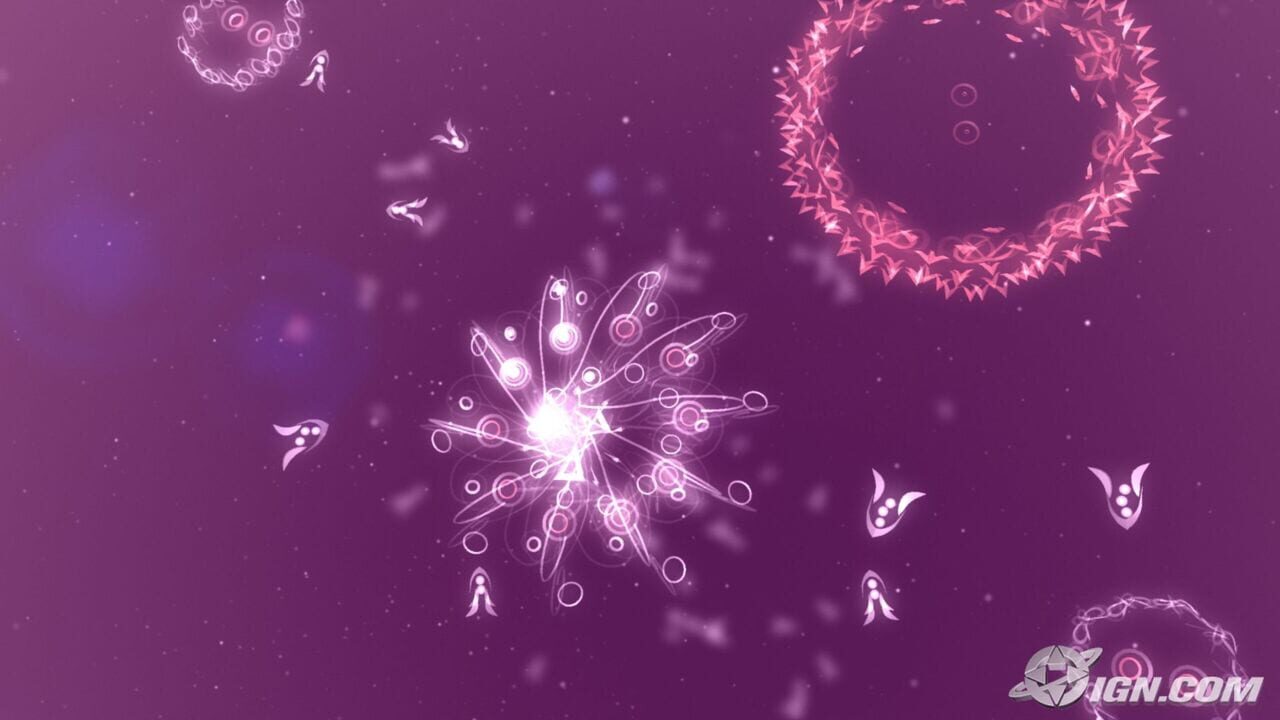 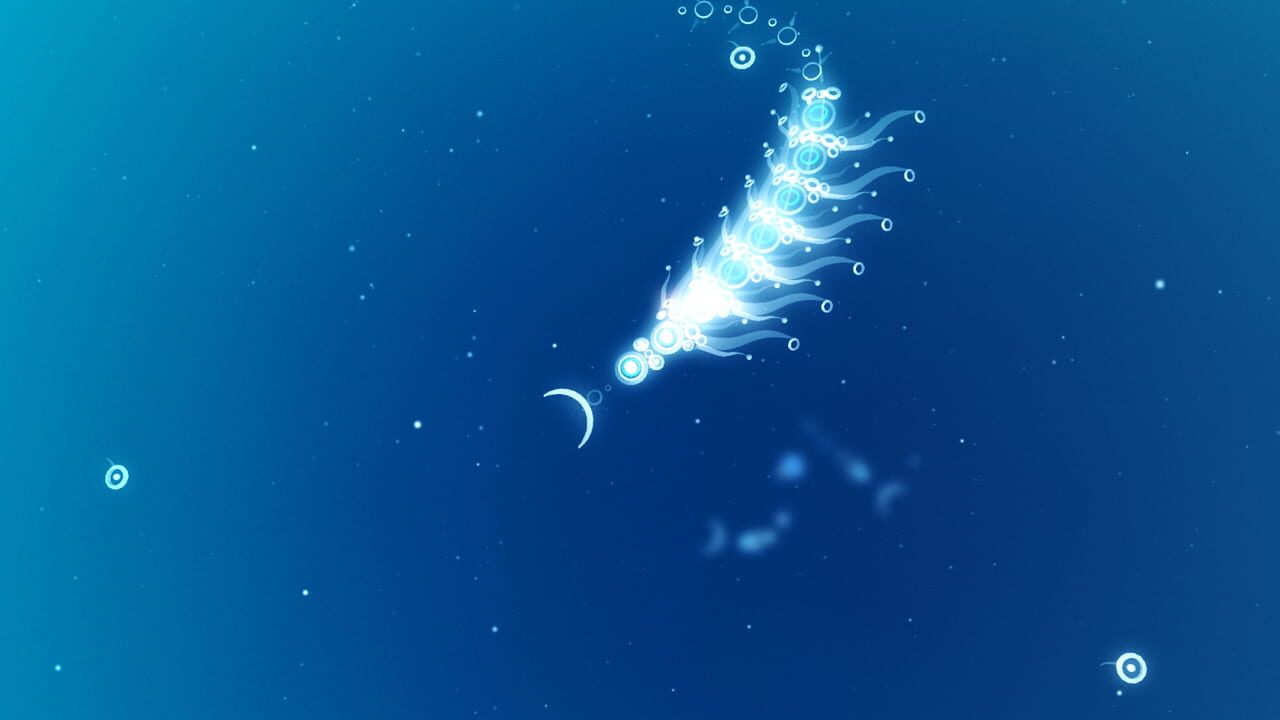 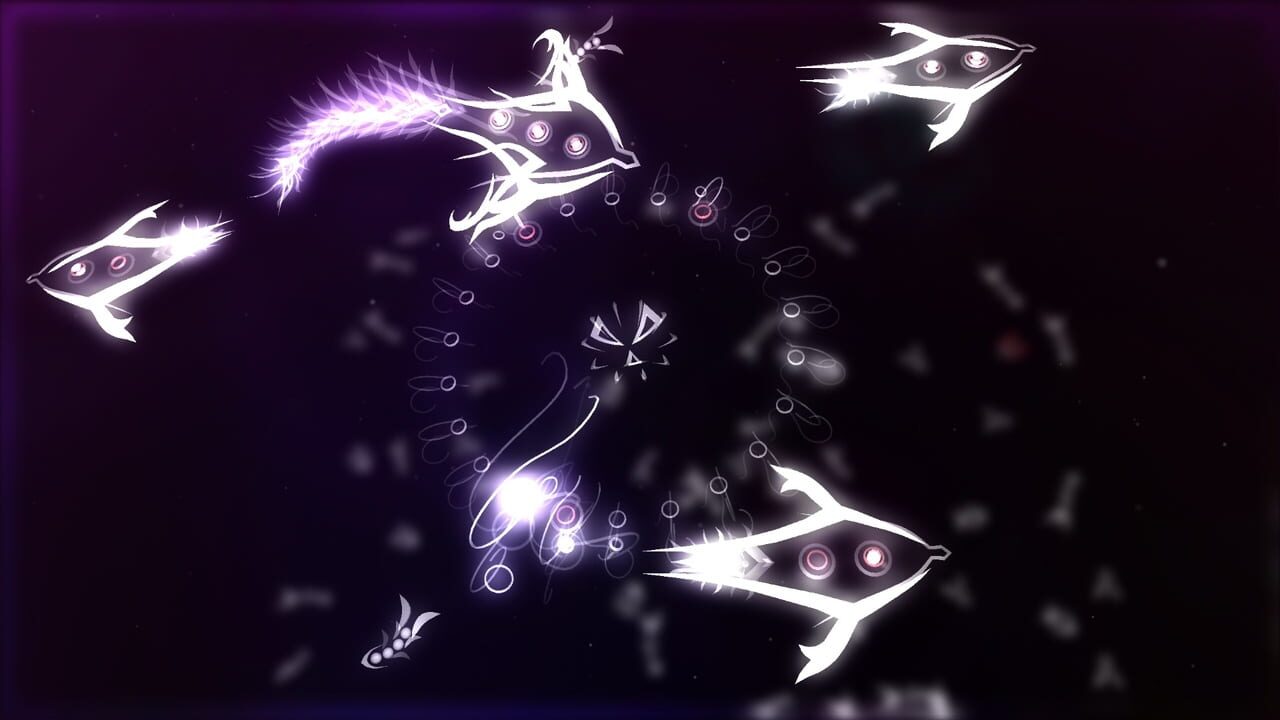 If you like flOw, but you're tired of it and want something new, you can try other games.