Ghostlords is a strategic turn-based RPG that tells the story of a post-apocalyptic haunted Great Britain. Experience the new world, capture wild spirits, and put together a team of ghosts to help you battle the forces of evil.

In addition to Ghostlords, the representatives of Adventure games also belong:

Ghostlords is versatile and does not stand still, but it is never too late to start playing. The game, like many Adventure games has a full immersion in gaming. AllGame staff continues to play it.

Ghostlords is perfect for playing alone or with friends.

At AllGame you can find reviews on Ghostlords, gameplay videos, screenshots of the game and other Adventure representatives.

This section tells the history of the world of Ghostlords

Ghostlords is a strategic turn-based RPG that tells the story of a post-apocalyptic haunted Great Britain. Experience the new world, capture wild spirits, and put together a team of ghosts to help you battle the forces of evil.

The year is 2038. It has been twenty years since the Rending - an event that left most of the world's population dead, their souls severed from their bodies. These souls linger, and survive as ghosts.


The surviving humans have done their best to rebuild society, but the world is a very different place. Ghosts roam the land, wild and unpredictable. Their magical abilities make them extremely dangerous to anyone who gets on their bad side.

There are rumours, however, of humans developing supernatural abilities. Apparently there are people possessing the same magical abilities as the ghosts, and even people able to control the ghosts themselves. Ghostlords tells the stories of these individuals and the world they live in.

Screenshots will help you evaluate the graphics and gameplay of Ghostlords. 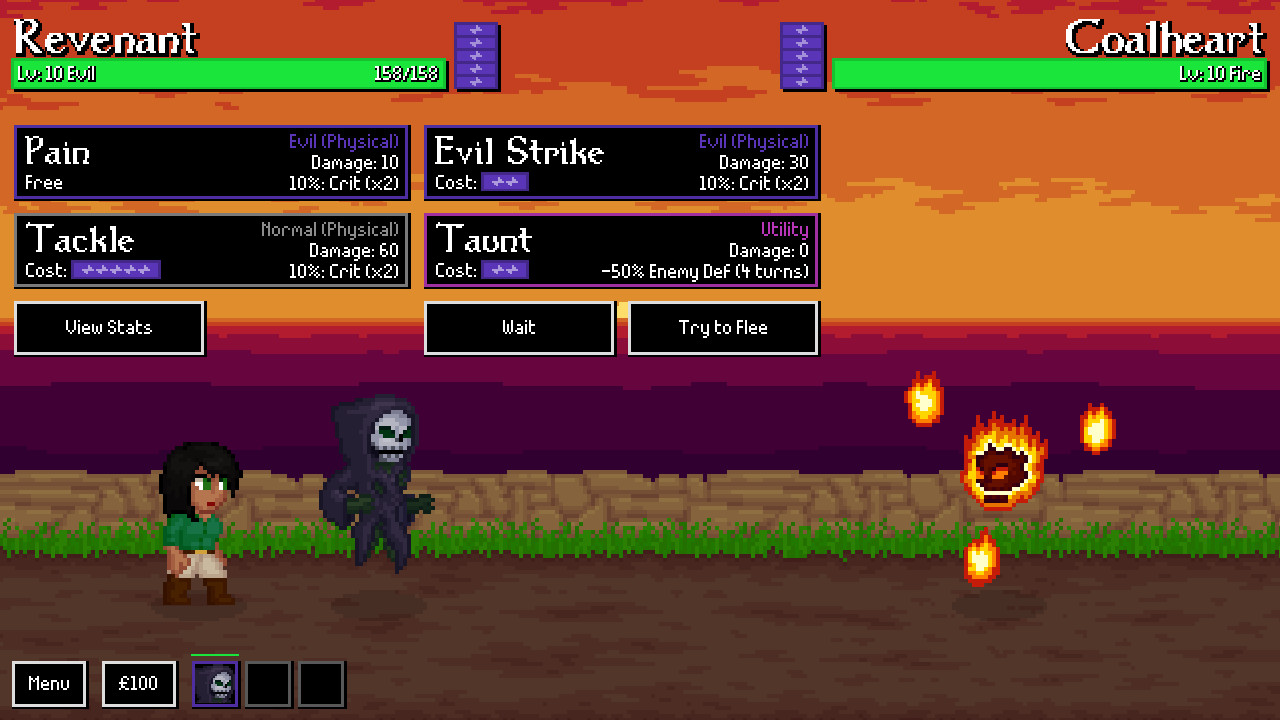 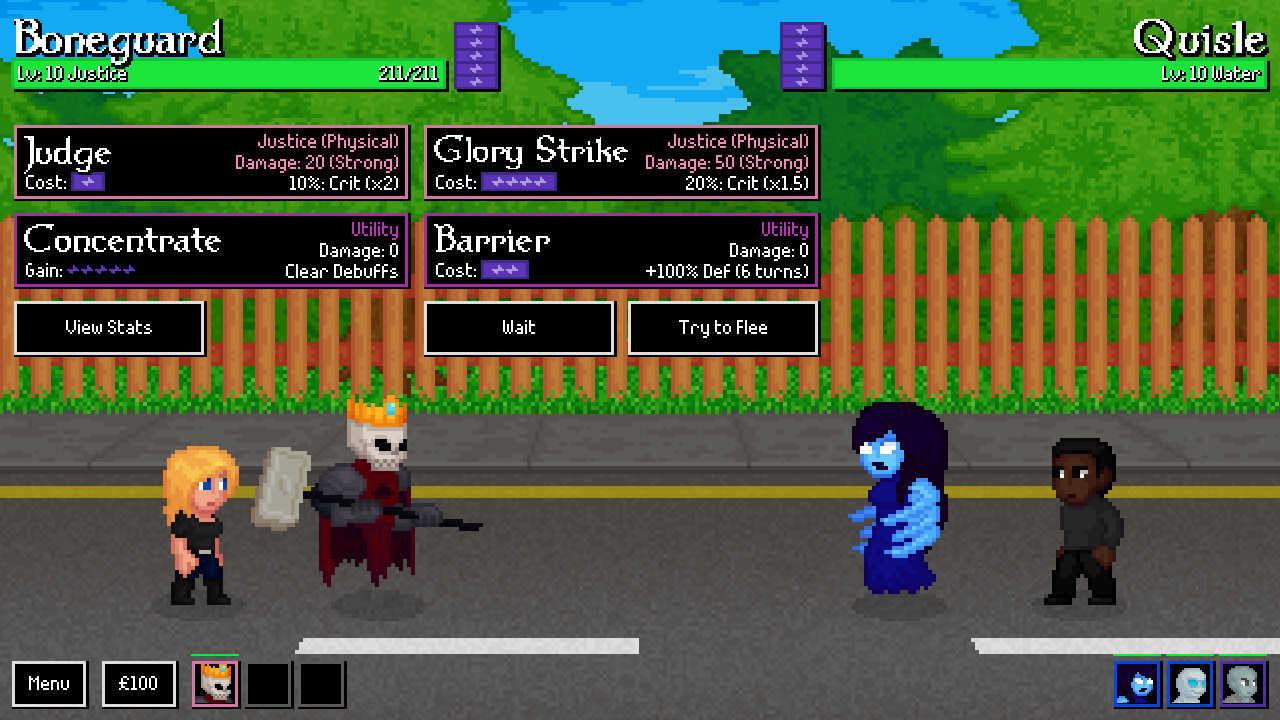 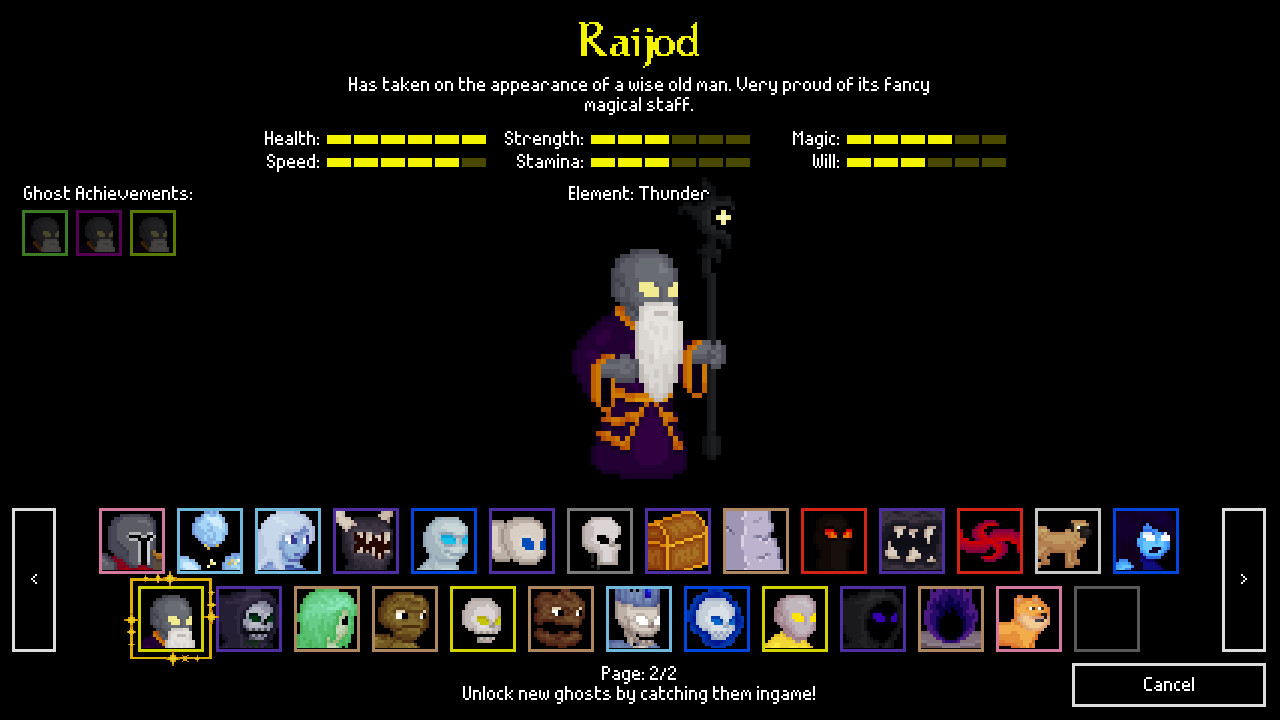 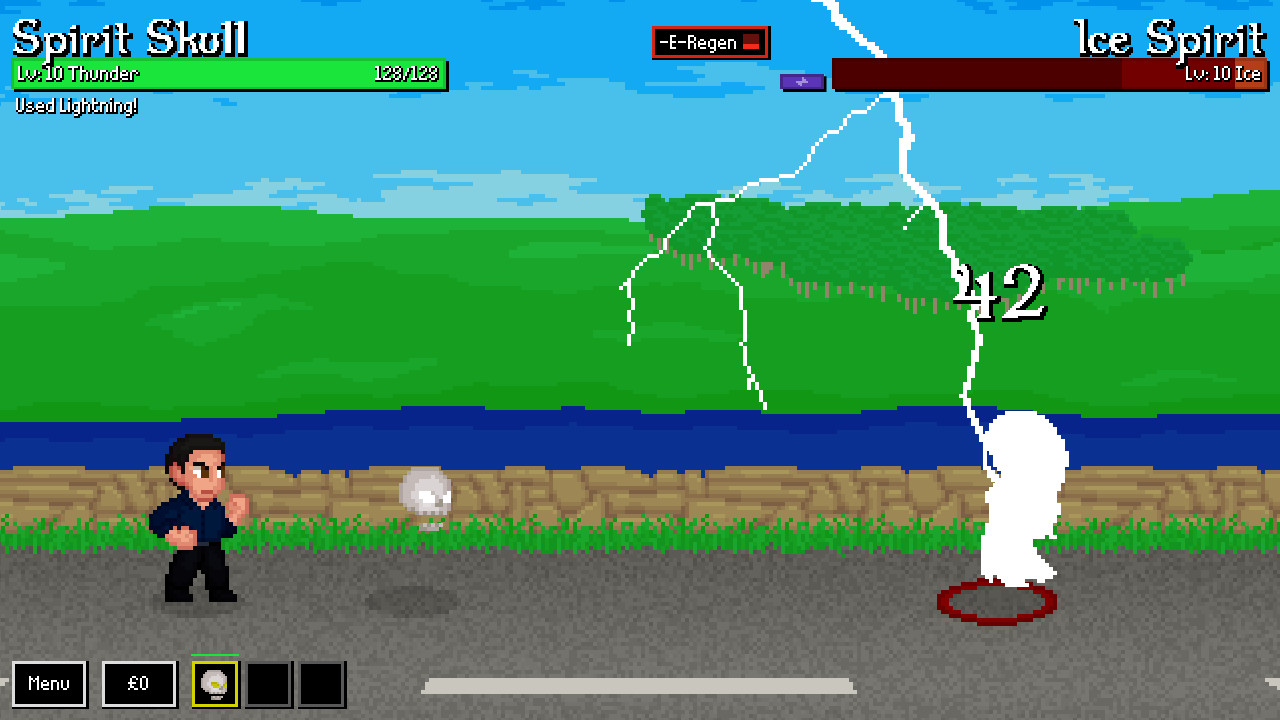 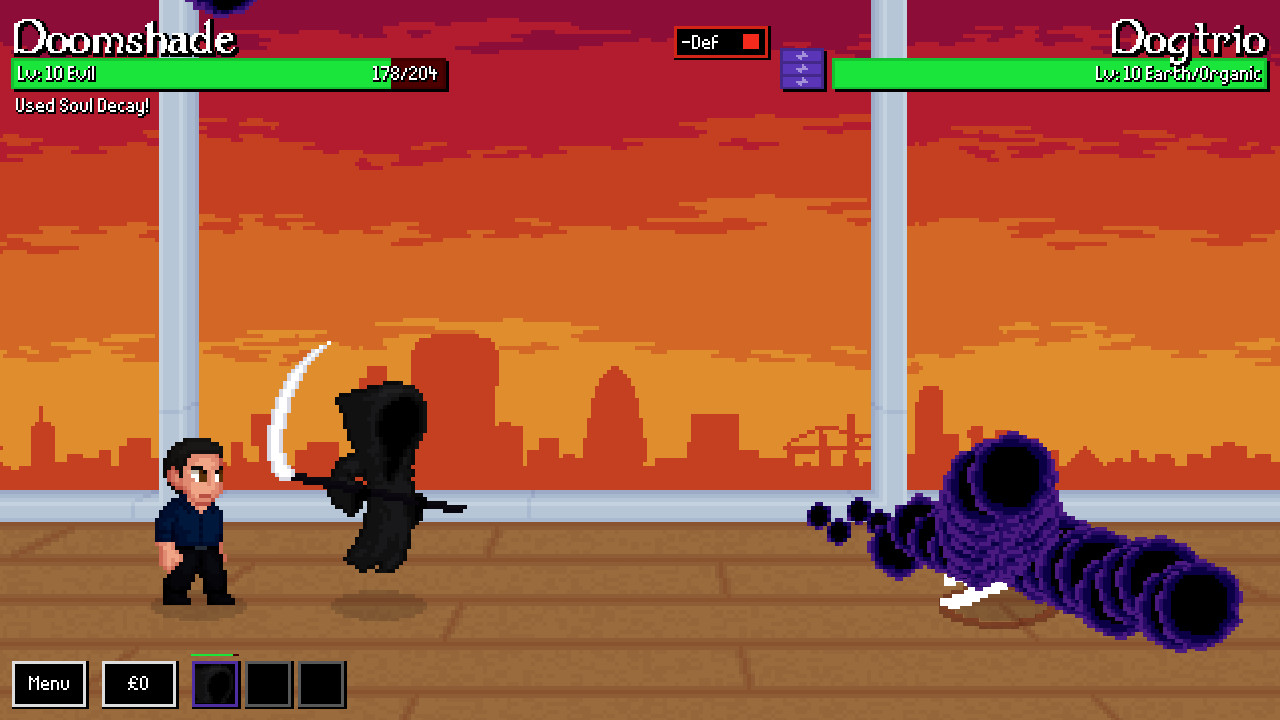 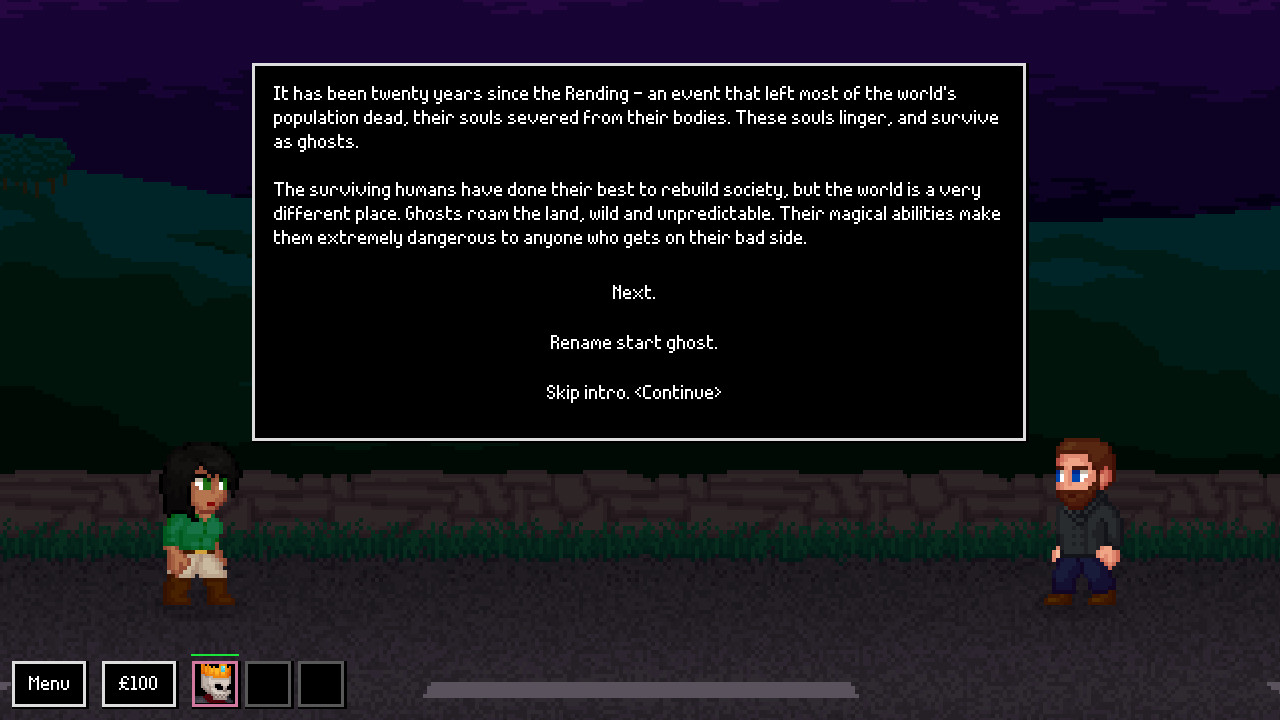 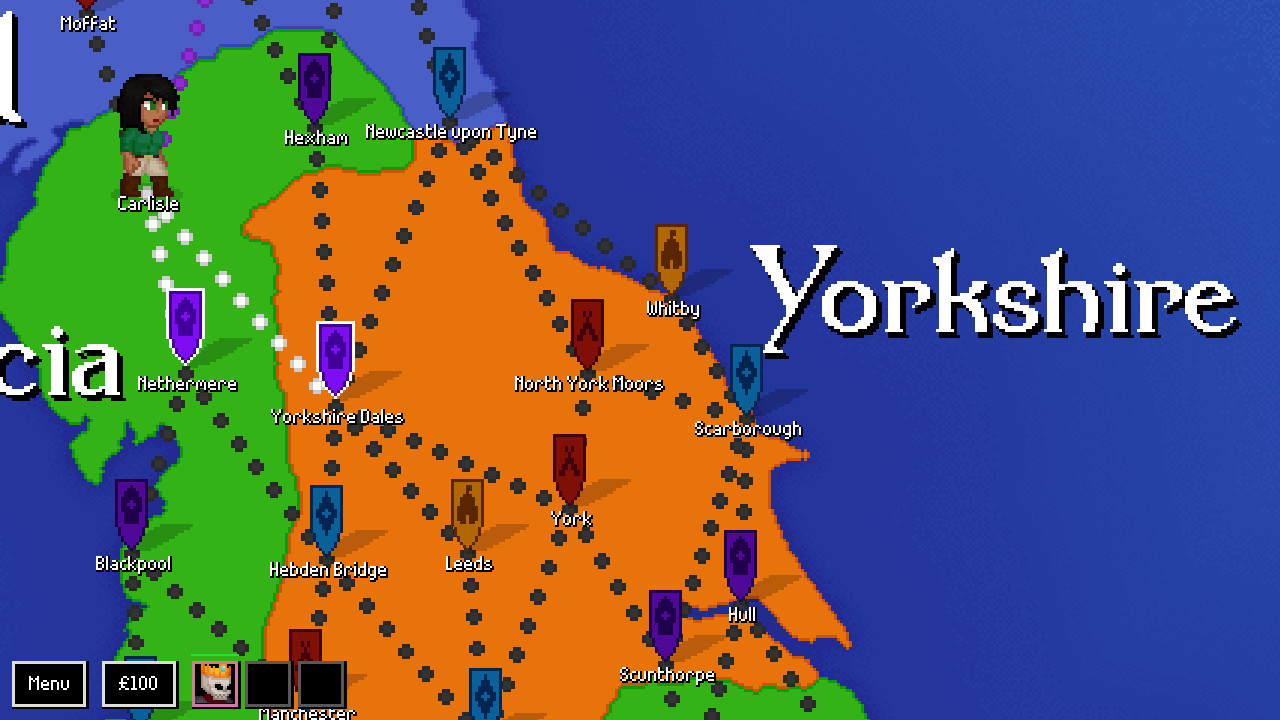 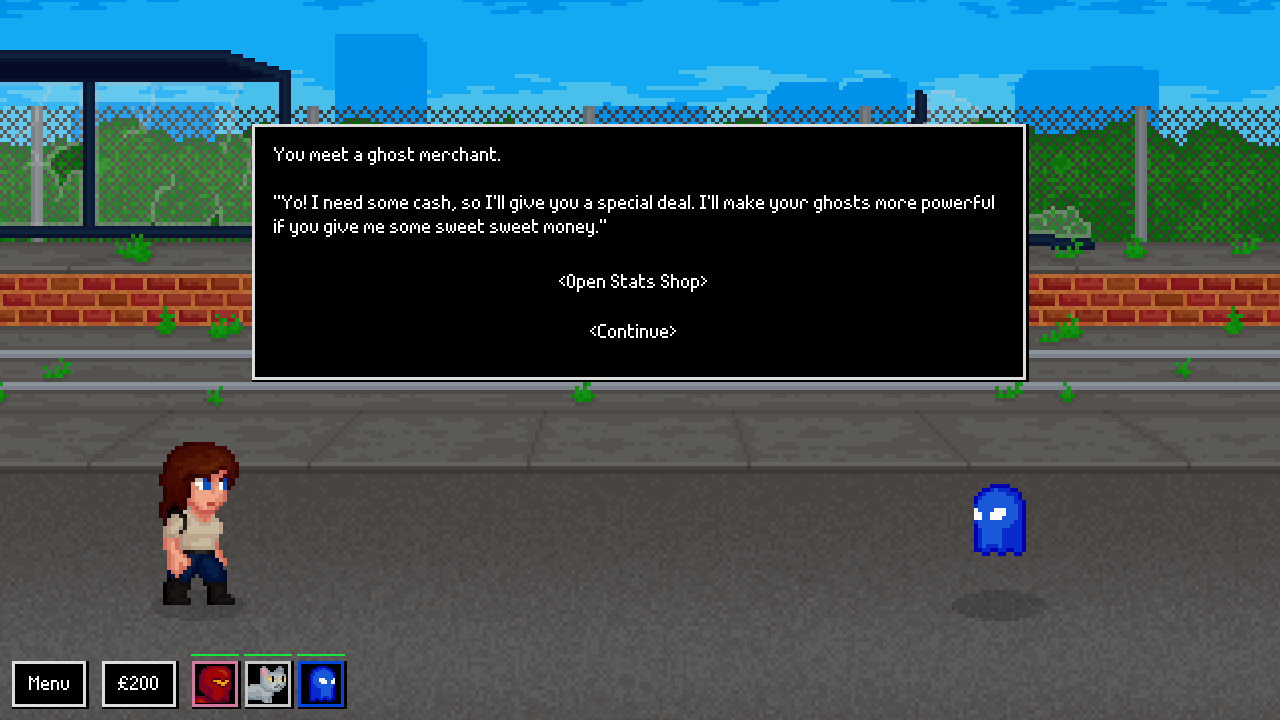 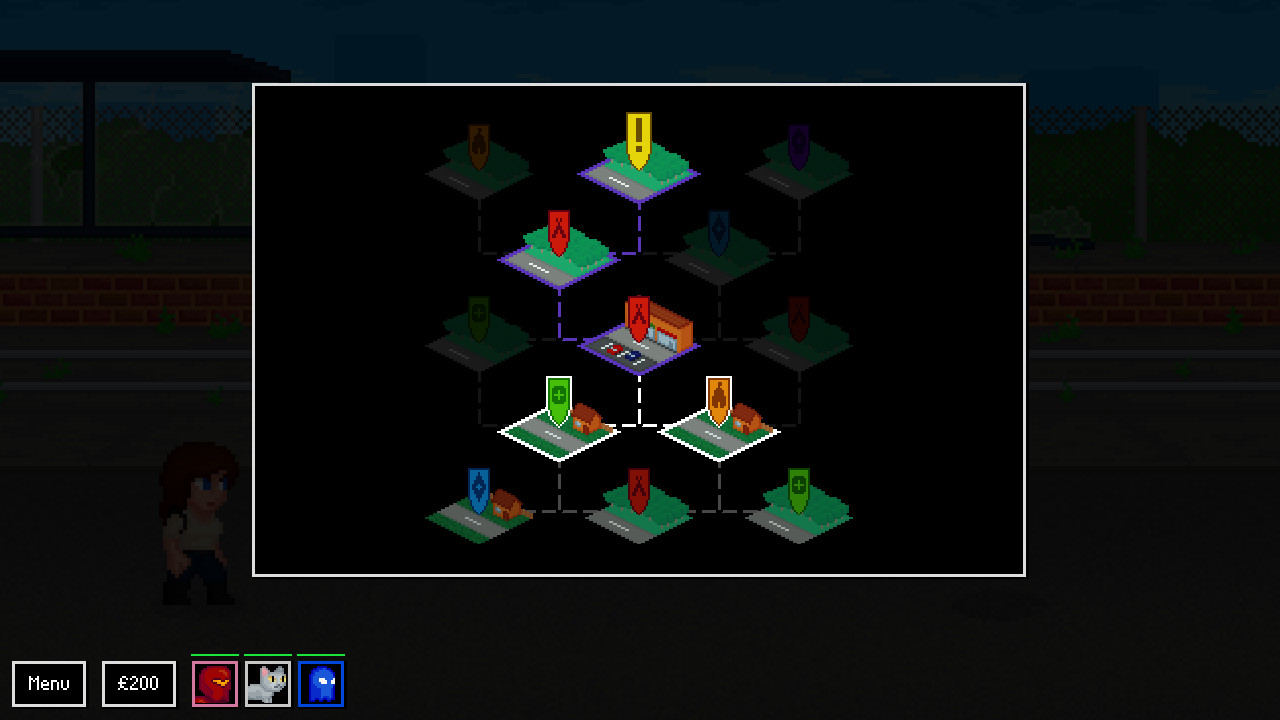 If screenshots are not enough, you can enjoy creative videos from HelixFox Games

If you like Ghostlords, but you're tired of it and want something new, you can try other games.