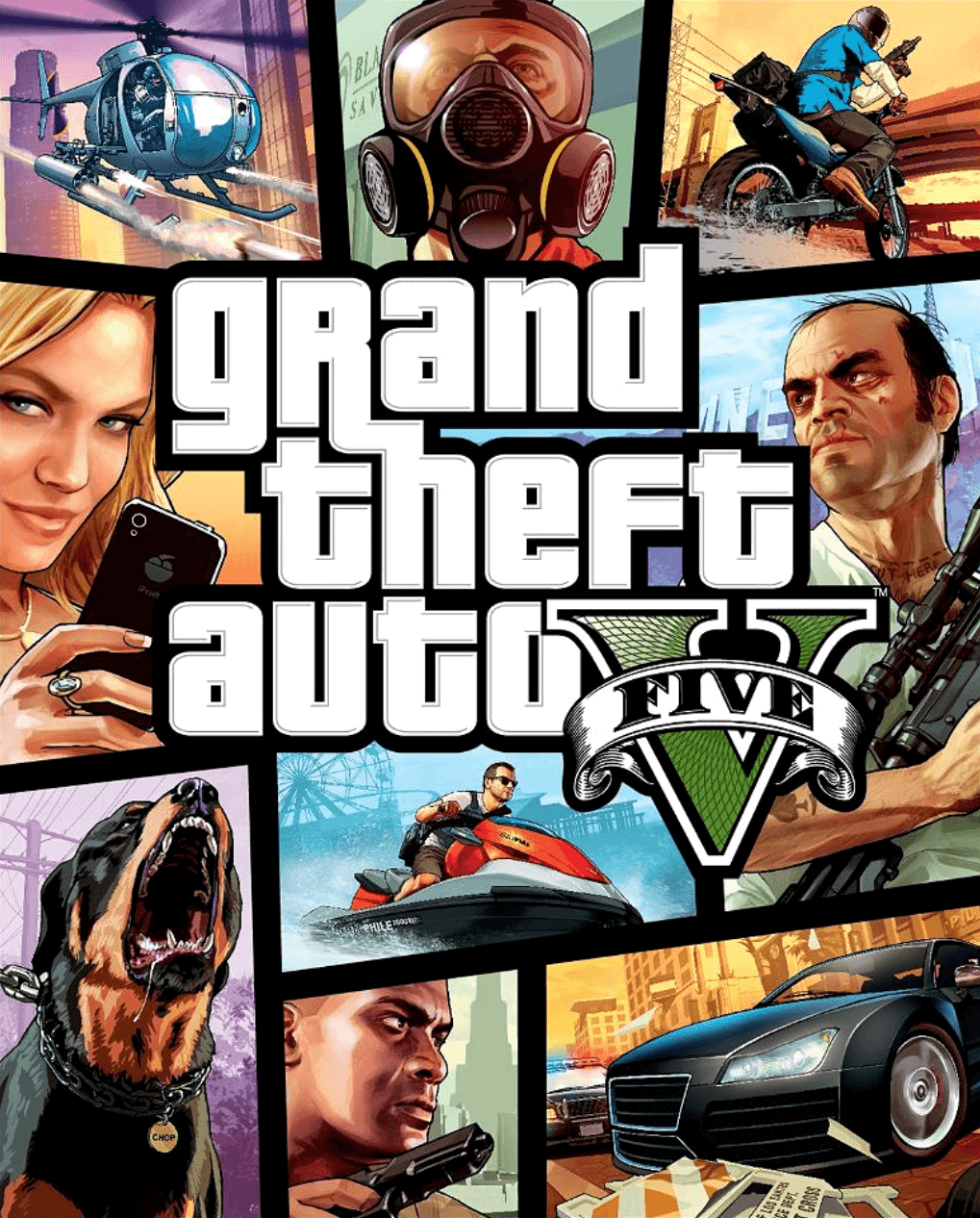 Grand Theft Auto V is an action game with an open world that takes place 5 years after the events of the previous opus GTA in the city of Los Santos and its surroundings. You will be able to switch at will between the three protagonists: Michael De Santa, Franklin Clinton, and Trevor Philips. Michael is a retired criminal, tired of his midlife crisis and envious of all the action of his former life. Franklin is a ghetto kid who works at a luxury car dealership, trying to get away from the gang violence in his neighborhood. Trevor is a boorish drug dealer, former military man and veteran driver who makes his way through Sandy Shores based on beatings. Their respective stories will eventually connect as they complete their missions. All sorts of weapons and vehicles will be at your disposal throughout the world where robberies interconnect with a plethora of contextual activities such as scuba diving and base-jumping in the largest map in the GTA series. Welcome to Los Santos! Welcome to GTA V!

Grand Theft Auto V is versatile and does not stand still, but it is never too late to start playing. The game, like many Adventure games has a full immersion in gaming. AllGame staff continues to play it.

Grand Theft Auto V is perfect for playing alone or with friends.

At AllGame you can find reviews on Grand Theft Auto V, gameplay videos, screenshots of the game and other Adventure representatives.

Los Santos is a sunny city full of hipsters, would-be gurus and fading celebrities, all trying to keep themselves afloat. Once upon a time, the whole world was jealous of this city, but now it is withering away and it is ruled by disagreements. In the midst of all this, three very different villains emerge who are willing to take any risk to secure a bright future for themselves. Take part in the largest, most powerful and versatile open world game ever! GTA V combines the beauty of the game with a unique story where you can intervene through three different perspectives.

Author: Jose Altozano
Date: 2020-03-02 20:50:11
Note: This analysis focuses on specific aspects of the PC version. For more complete information about GTA V, you can take a look at our analysis of PS4 and Xbox One, or the original for PS3 and 360.

GTA V broke the record by becoming not only the video game but also the fastest-selling piece of entertainment in history, exceeding one billion dollars in revenue in just 24 hours and exceeding public and press expectations. When, a few days ago, it came out on PC , there was such a volume of traffic that the servers were collapsed for hours. The problem is solved, but the message is clear: GTA V is a phenomenon with a hungry audience . The computer players had been waiting for a port since the game was announced years ago, and looking at the result it is clear that the wait was worth it .

Removing that, it is GTA V in its best version. The controls with mouse and keyboard, as one would expect from a third-party game, are somewhat difficult to catch at first, especially when driving because on consoles the vehicles depended on the force with which the triggers, but within what you would expect you can play comfortably and without any difficulty .

The most notable inclusion of the PC edition also implies the nature of this platform: the director mode allows players to take charge and become virtual filmmakers, machinima directors. It is a very wide mode, which allows you to control the stage, weather conditions and even the amount of pedestrians in the streets to create the perfect situation for the player. From there there are a number of options to handle the camera , which can even be completely released to record from any angle, with zoom options and even rotation to add drama to the planes. It is a game mode that requires patience and time if you want to do well, but it is these types of tools that give new life to video games. The only significant complaint we have with this mode is the condition it requires to use depth of field, since a very powerful computer is needed to move the game with the graphics in its maximum configuration. Otherwise it is impossible to create images with the richness that approaches and blurring can bring.

But it is only a matter of time before you start seeing remarkable material . The launch of GTA V on eighth generation consoles has already brought false documentaries and even expressive videos that contemplated its colossal Los Santos from another perspective. We can only dream about what the presence of the director mode and future mods can bring to the game. Grand Theft Auto is an emblem of our environment, a video game that does not need to rush to get attention but has a burning audience waiting for its next step .

GTA was born as a daring, groundbreaking, iconoclastic and counterculture work. Many great phenomena are born like this, from small ideas that later become great. Over time, GTA has become part of the system, a behemoth that devastates everything and still continues to enjoy multi-million dollar sales. They say his combative spirit has been lost, and maybe it is . His humor, although acid, can sin of absurd and simplistic, his satire in the reflection of a society that fights against itself and debates about sexism or racism is for some an empty act, pure nihilism whose only message is that no We deserve to survive and we are all idiots. Maybe. Perhaps it is his intention, perhaps in today's society one of the most controversial games that exist has realized that, reducing everything to the bases, we are that useless. Who knows. We live in times of change .

But one thing is clear: GTA V is a milestone, an ambitious work and whose scale and care should serve as an example for everyone . Rarely is a world as fascinating and detailed as this; We do not always find a game that dares to create a whole system to play tennis that could almost hold an independent title and decide to call it “minigame” .

For one reason or another, GTA V deserves respect : perhaps not because of its worldview something somewhat screwed up, but there are lessons in its cinematic narrative, which fuses scripts and kinematics in its first bars to create a promising story, or in its Treatment of its three protagonists, to whom it manages to give its own lives through small details, giving rise to players rather than putting themselves in their shoes, deciding to live their lives.

Screenshots will help you evaluate the graphics and gameplay of Grand Theft Auto V. 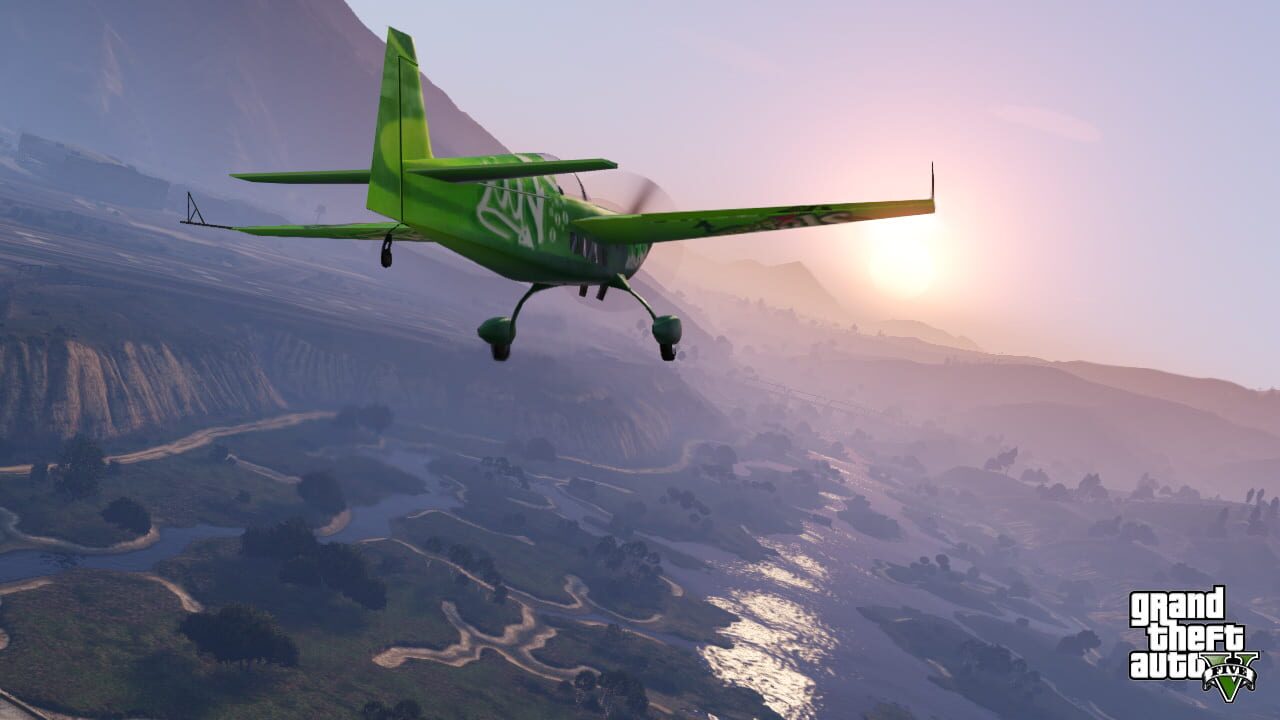 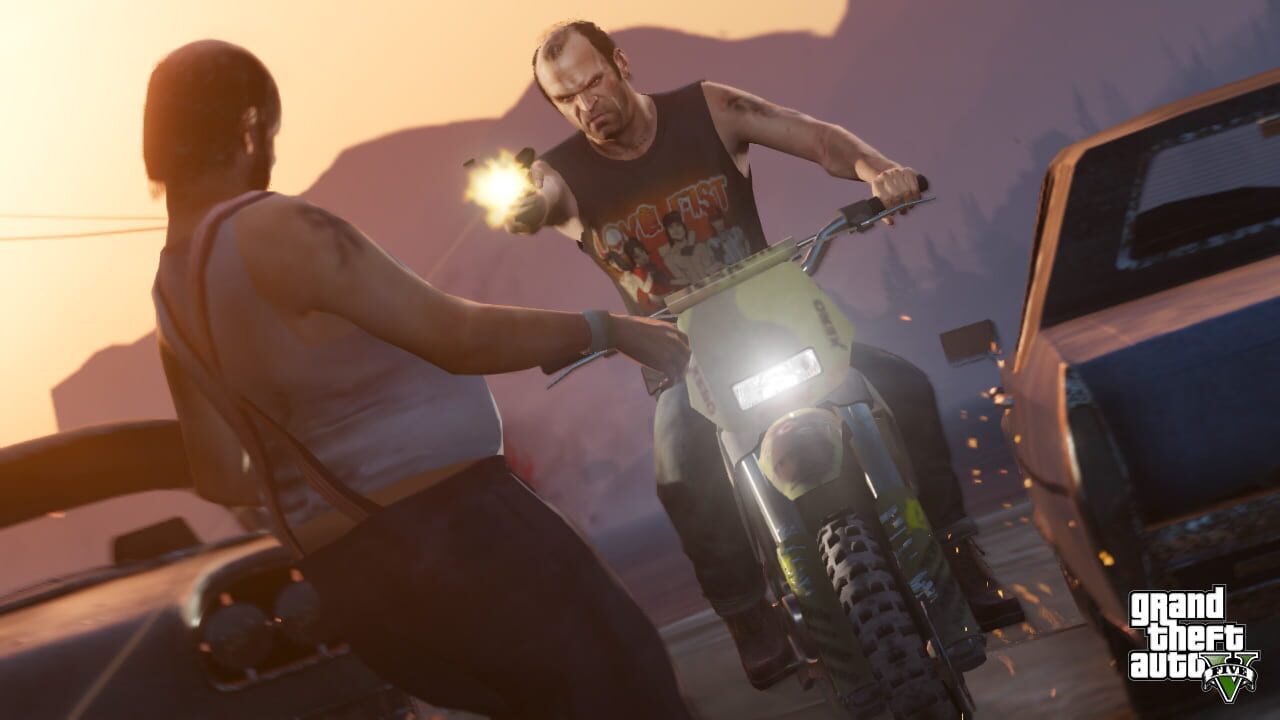 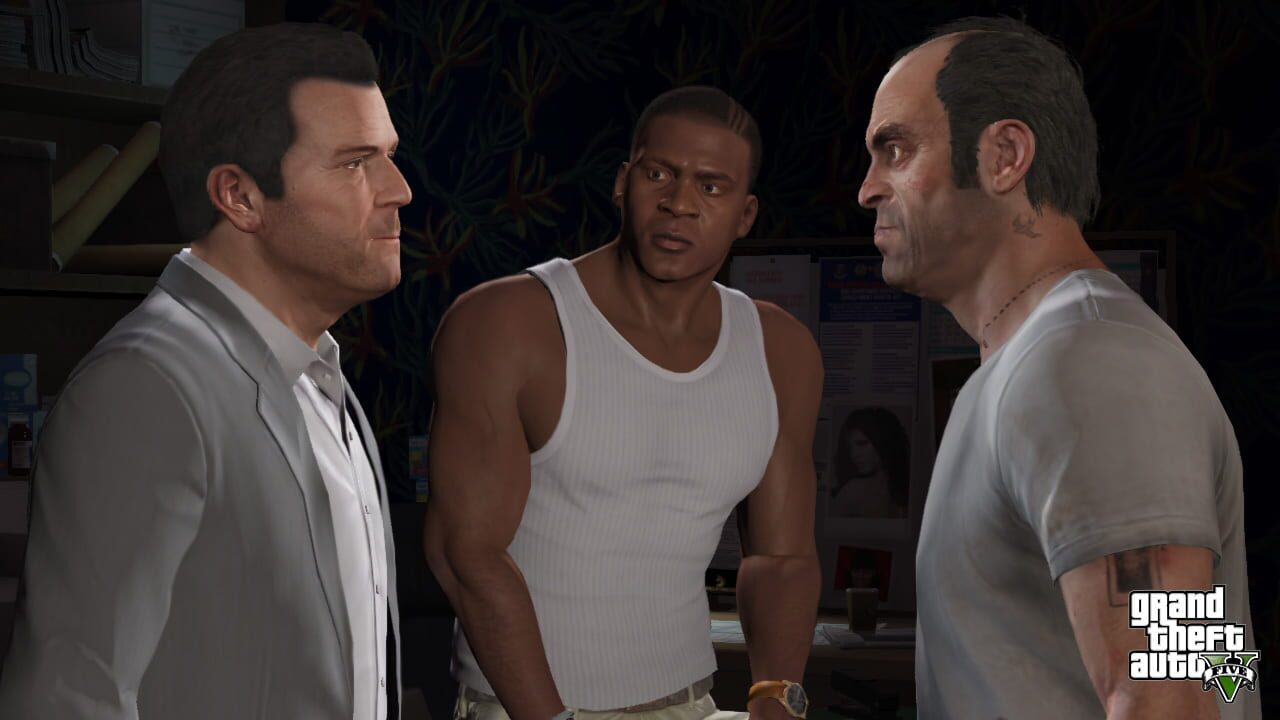 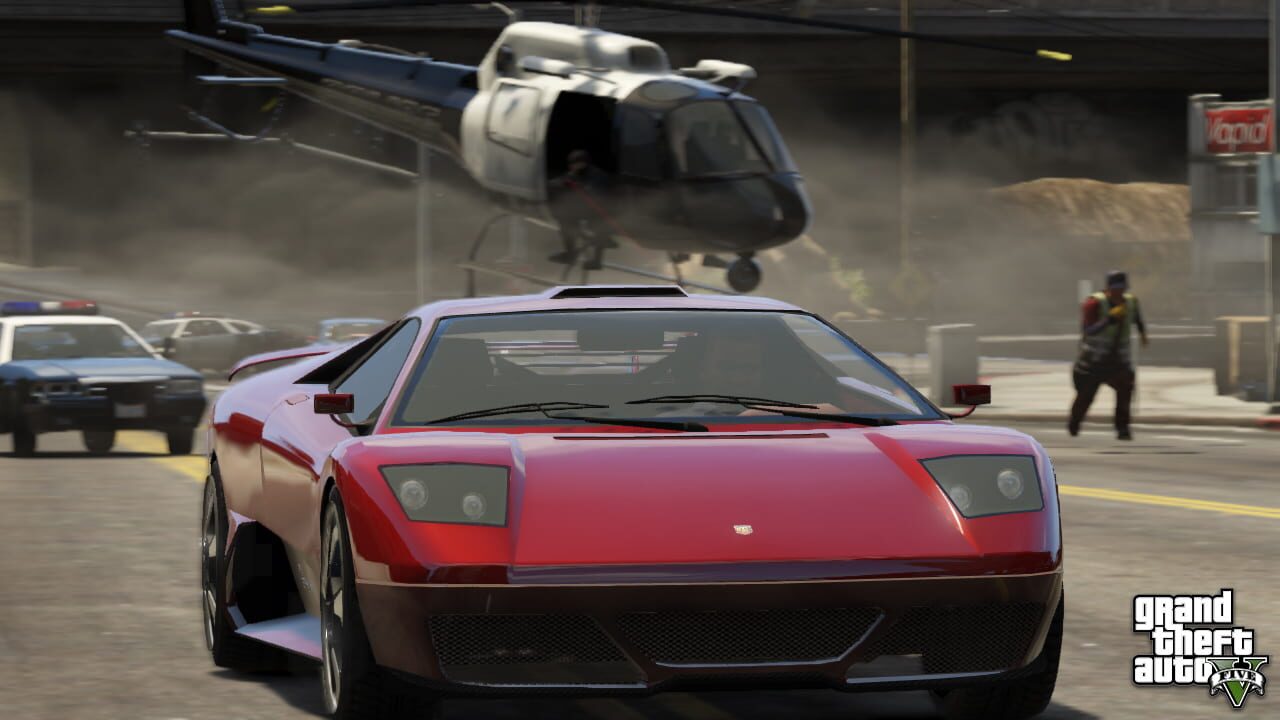 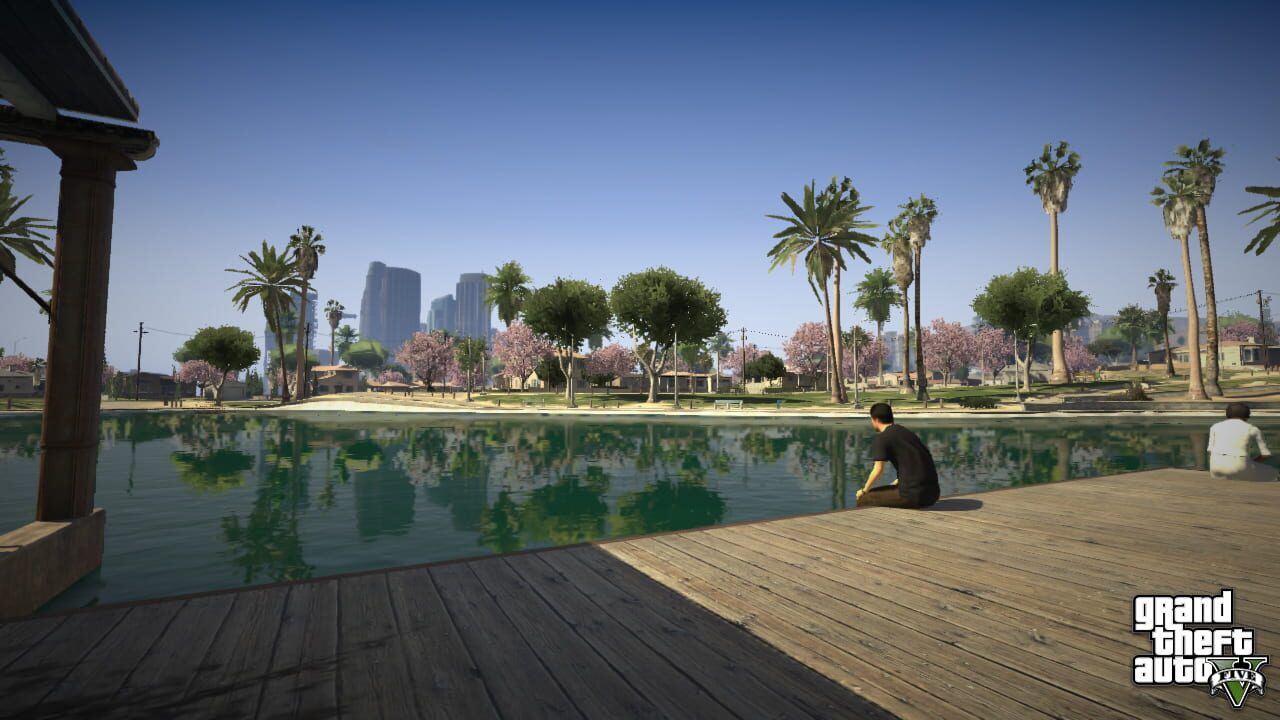 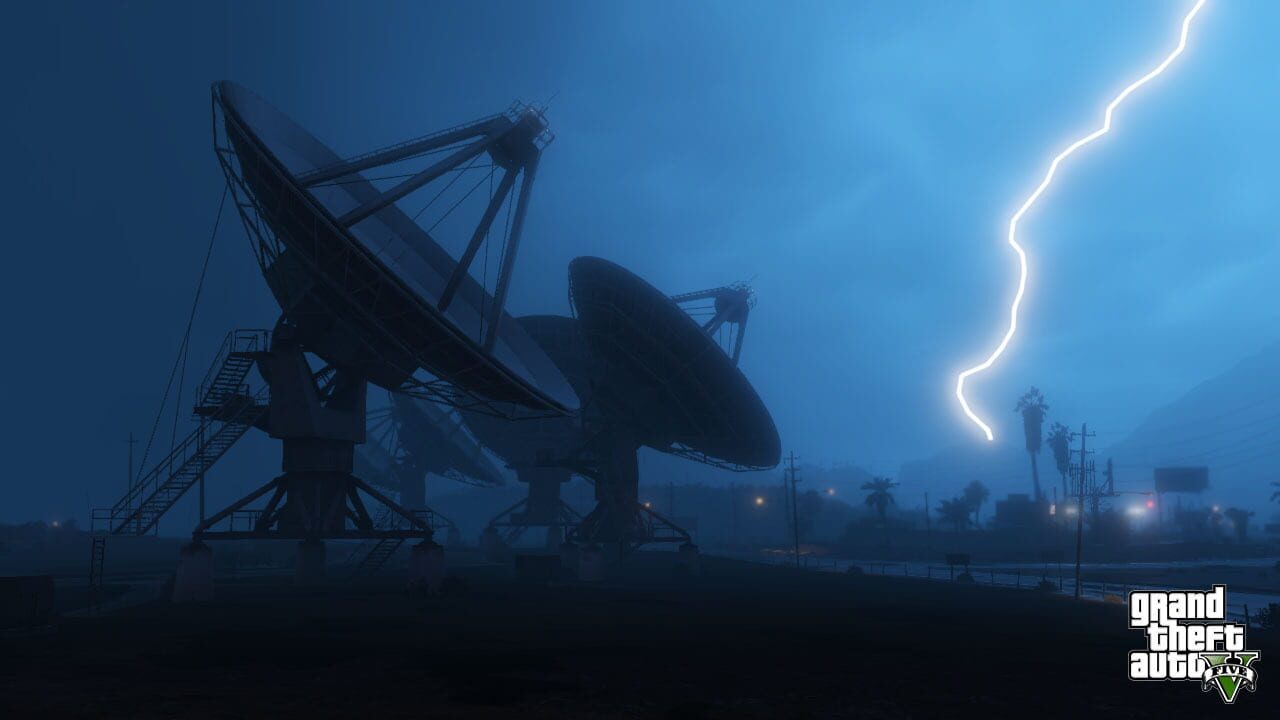 But that's not all! We also carefully prepared the best strips from Grand Theft Auto V.

If you like Grand Theft Auto V, but you're tired of it and want something new, you can try other games.