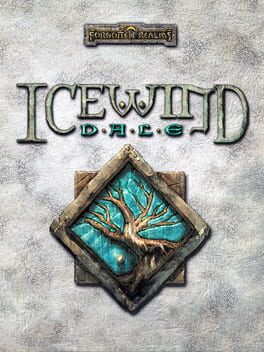 In the northernmost reaches of the Forgotten Realms lies a frozen and untamed region known as Icewind Dale. Journey deep into the Spines of the World mountains, a harsh and unforgiving territory teeming with fearsome and merciless beasts. There you must confront an ancient evil that threatens to unleash an unspeakable horror upon the face of Faerûn.

In addition to Icewind Dale, the representatives of Role-playing (RPG) games also belong:

Icewind Dale is versatile and does not stand still, but it is never too late to start playing. The game, like many Role-playing (RPG) games has a full immersion in gaming. AllGame staff continues to play it.

Icewind Dale is perfect for playing alone or with friends.

At AllGame you can find reviews on Icewind Dale, gameplay videos, screenshots of the game and other Role-playing (RPG) representatives.

This section tells the history of the world of Icewind Dale

The game begins in the town of Easthaven, where the player's party of adventurers is resting at a tavern. The town's leader, Hrothgar, invites the party to investigate the town of Kuldahar, which has recently sent word of strange happenings

Date: 2021-01-25 15:05:39
Do you feel that click-click-dead role-playing games are under-demanding of your intellectual reserves? Then reach into the AD&amp;D freezer: Icewind Dale offers enough tactical battles until the next onset of winter.

It is not an inflated heating oil bill that makes the residents of Faerß; n shudder. On that chronically snowed-in continent of the AD&D game world Abeir-Toril, evil is more or less quiet. Trade caravans do not reach their destination, peaceful citizens are stolen from their warm rooms. The bad weather is not limited to blobs like freezing moisture, but rather the warmth of the magical oak of Kuldahar is running out of breath. Which nasty crook is behind all this misfortune is initially completely unclear. It's a good thing that there are still six young, dynamic heroes who get to the bottom of the matter on behalf of talkative village leaders. Behind the hustle and bustle of the ski paradise lurks more than a pack of yeti thugs: You have to eliminate plenty of giants, wizards and undead until the villain Belhifet finally gets his fat.

While RPG fans all over the world are waiting for Baldur's Gate 2, Interplay is slipping a kind of »Baldur 1.5« with Icewind Dale. The original programming team Bioware has nothing to do with this step-brother, but only provides the program framework; Icewind Dale was developed by an internal team at Interplay. The snow-capped mountain ranges and rustic dungeons of Abeir-Toril are powered by the Infinity engine developed for Baldur's Gate in 1998. That means rustic technology instead of modern 3D polygon pomp; at 640 by 480 pixels, your party explores pretty, hand-drawn maps. The individual levels are quite compact and can be accessed linearly. Unfortunately, you have to do without any shortcuts to get some rest and equipment in the city. Occasionally you will have to go through all the dungeon floors to the upper world and then head for the next civilized region.

At Baldur's Gate and Planescape Torment you were only allowed to bake the main hero yourself, Icewind Dale allows the creation of a complete six-person party made to measure. At the beginning of the game you put together a powerful team from the usual AD&D hodgepodge of races and classes. Strong whipping boys are indispensable given the density of battles, but you shouldn't leave without clerics and magicians. As soon as the character values have been rolled, the talent points are redistributed. Depending on the class and breed, there are difficult peculiarities. Each paladin must have a relatively high minimum charisma value - which can come at the expense of strength or skill. Dwarves, on the other hand, get the coveted 19th point in the constitution. You should have a certain love for numbers - if you mess up generating a party, you won't get a monster down and end up in an icy grave early on. Unfortunately, there are no proper ready-made parties for beginners to jump right into the action.

You also determine the weapon specializations for each character. The better the expertise, the more accurately a character can deal with murderous instruments of the respective genre. Fighters are the only ones who can acquire the coveted five-fold specialization in melee weapons during the course of the game. Rangers, paladins and mixed-class fighters, on the other hand, achieve a maximum of one double qualification.

Icewind Dale has an impressive range of character development: After just a few missions, your puny Level 1 young heroes become well-equipped veterans who cause fear and terror with three-digit hitpoints and middle-class spells. Depending on the professional class, your heroes end up in the region from level 14 to 18, the maximum amount of experience points is just under 1.8 million - in Baldur's Gate it was a mere 89,000. However, the party always encounters adequate opponents who later turn almost every fight into a tricky but solvable challenge.

Baldur's Gate players already know the controls. You can chase individual characters around with a click of the mouse or direct the whole party. The sheep can be distributed anywhere within a map, but entering other levels is only possible in a group. Their mostly underground adventures are a series of battles that are triggered by approaching the next group of monsters. If you disappear from the field of vision of the opponent, they immediately turn off again - classic case of disturbed short-term memory.

Basically, Icewind Dale takes place in real time, but at the start of the battle you should hit the space bar vigorously to stop the action. Now you give commands to each individual character: fighters take a certain monster into the crossfire, magicians withdraw and prepare spells. If you are satisfied with the commands, let the battle continue by pressing a button again. In many tricky skirmishes against magically adept enemy groups, you will keep freezing the action to issue new orders and heal ailing heroes.

Not only the tactically demanding group battles set Icewind Dale apart from the dungeon slaughter of the Diablo 2 class. Your party leader's talent, occupation, and attitude will influence the course of some conversations. Many dungeons are riddled with traps that an attentive priest or thief can reveal. The story is not earth-shattering original, but it has a certain depth and talkative upper villains who like to make cryptic hints before every showdown. By the way, you won't find out who is really behind all this until the very end. The game is divided into seven chapters, each large: generously equipped with several crisp and full cards.

Both the English and the German version were available for testing. The localization is overall not very well done, similar to Baldur's Gate, screen texts do not always fit into the provided fields, occasionally there are a few residual English words.

The German speakers, who confirm mouse clicks with more or less funny comments, are also less professional. After all: Interplay has avoided embarrassments such as saxon heroes this time, and the US voices are not entirely convincing either. This is rarely really annoying, and the orchestral-dramatic background music pleases. (HL)

The extended version of the article and additional screenshots can be found in GameStar 9/2000.

Screenshots will help you evaluate the graphics and gameplay of Icewind Dale. 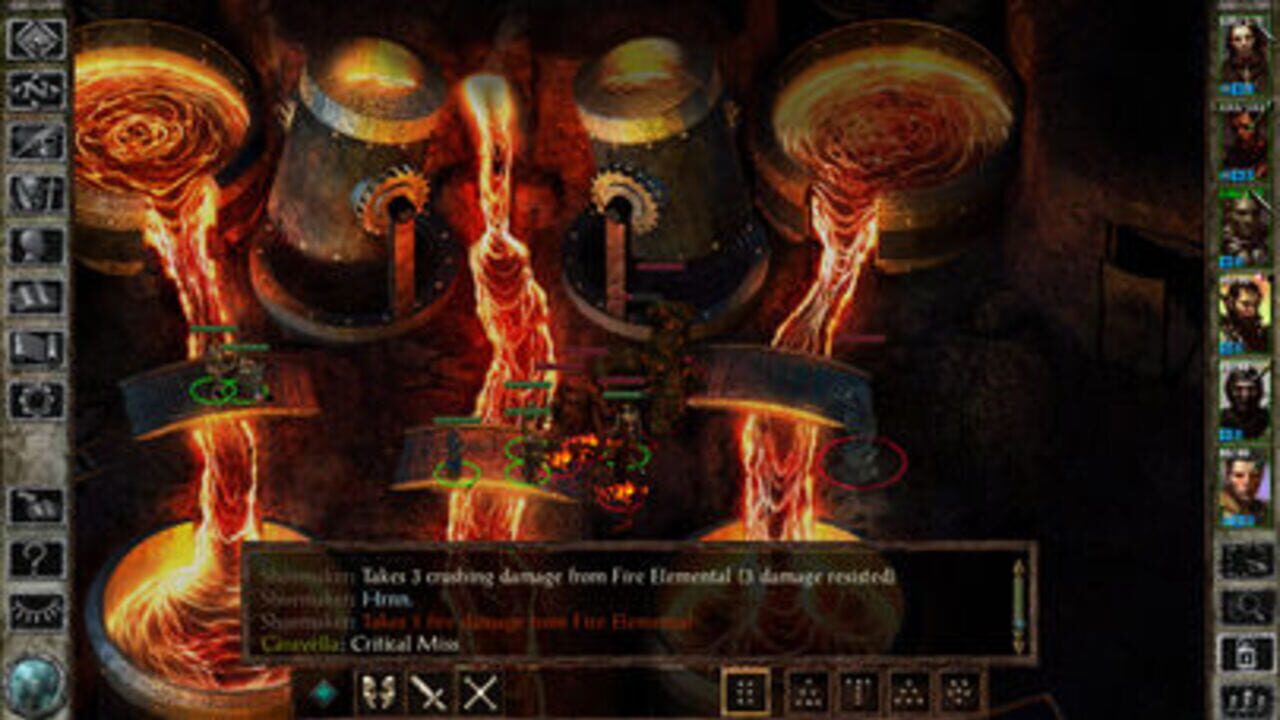 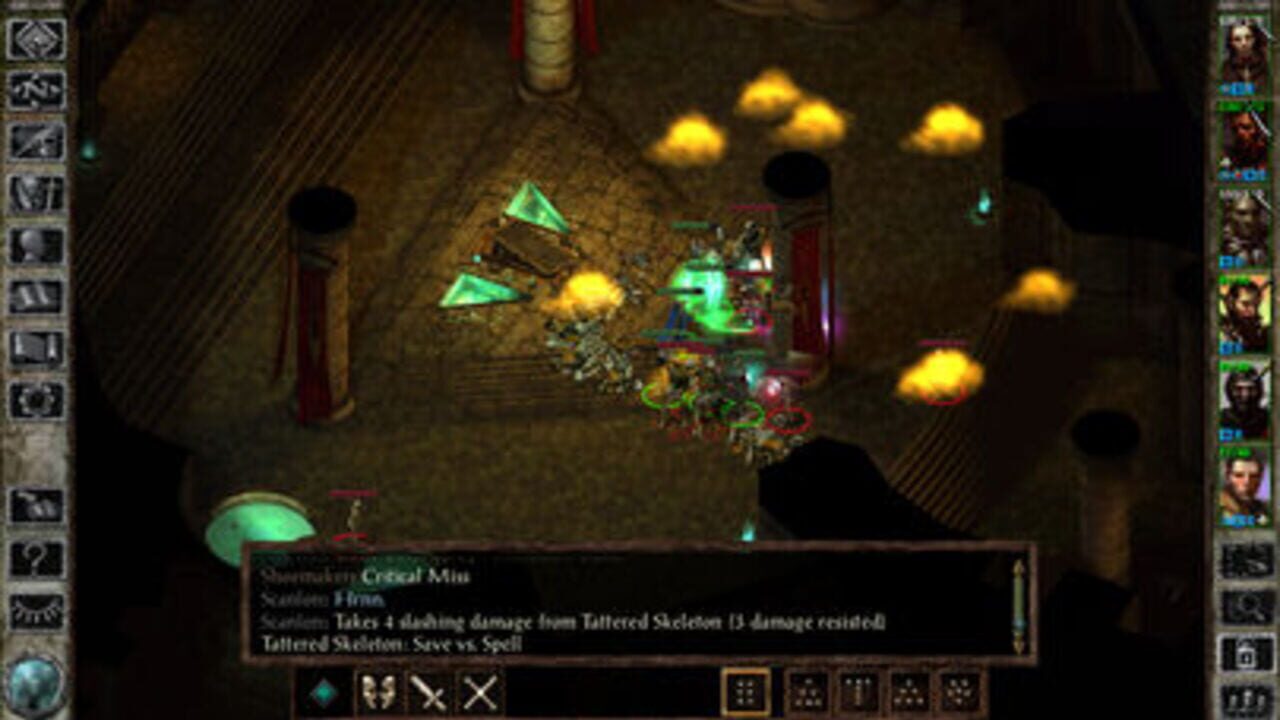 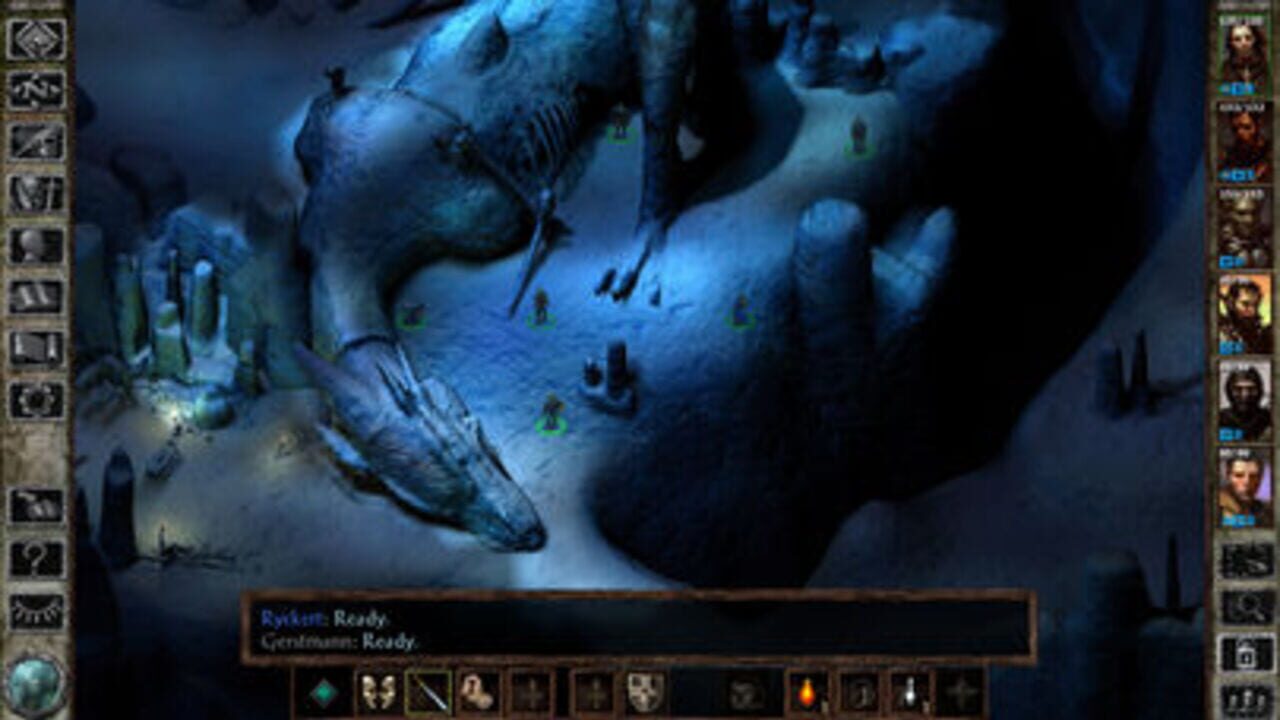 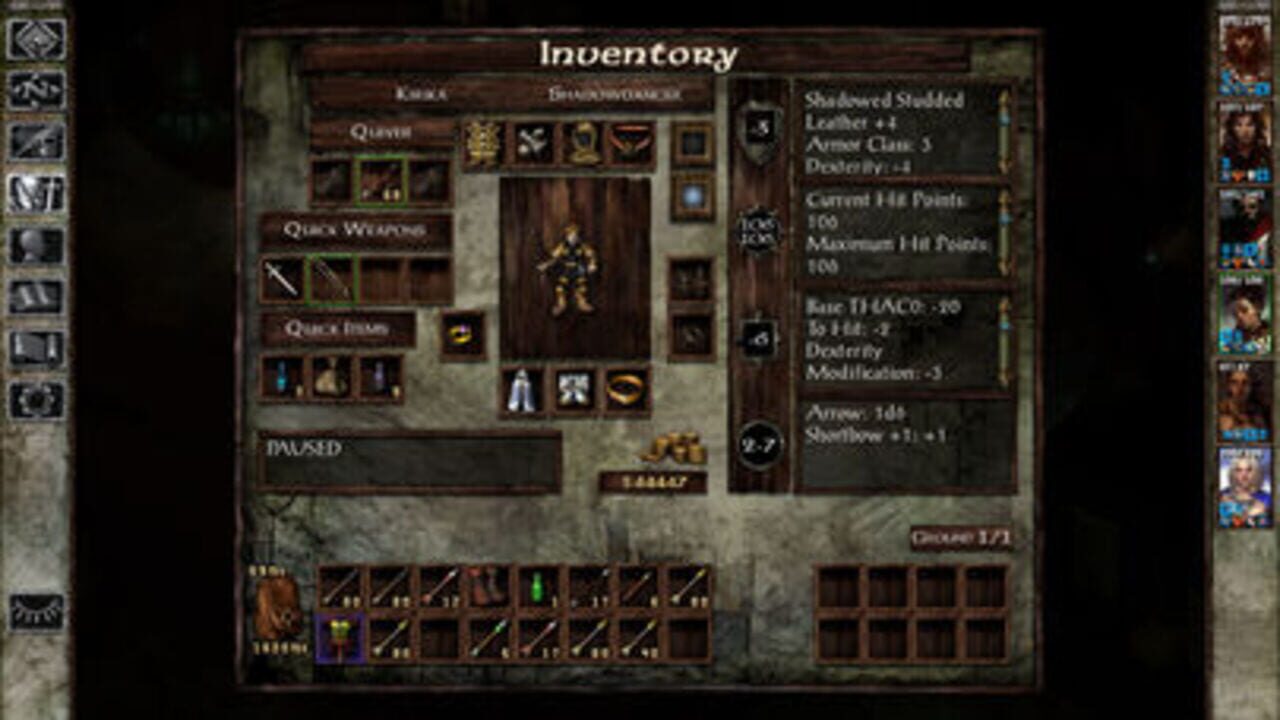 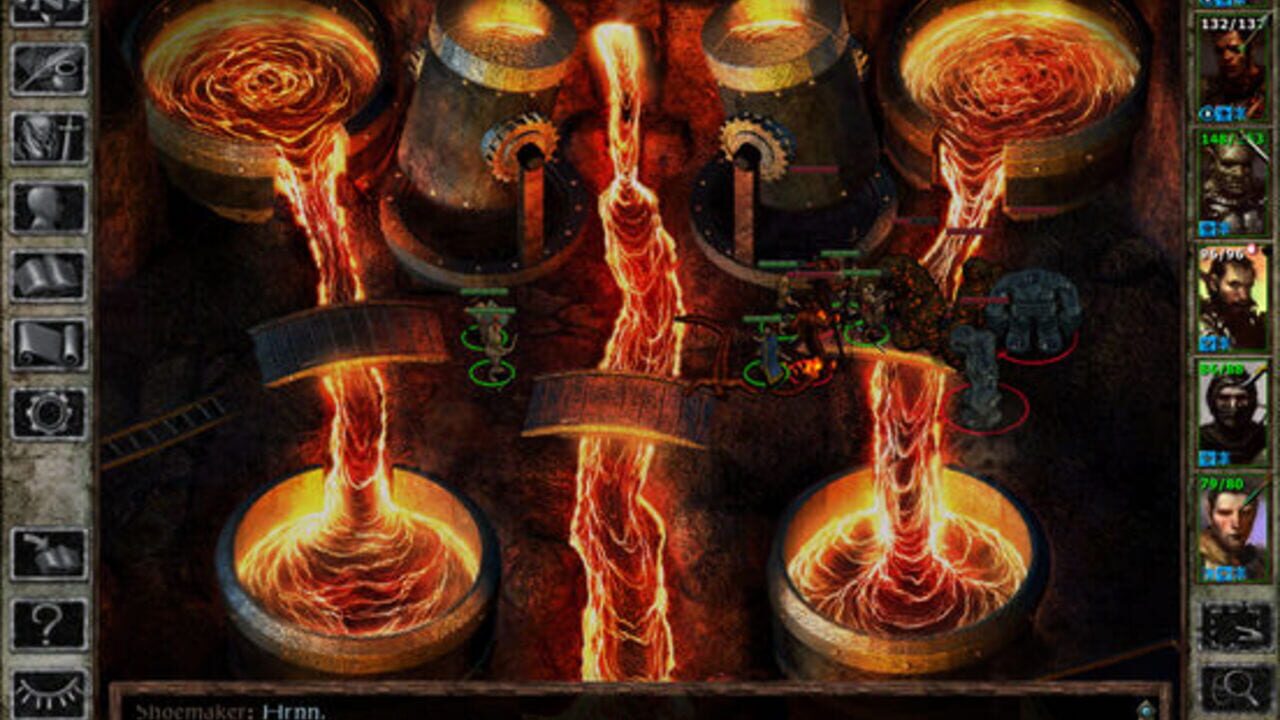 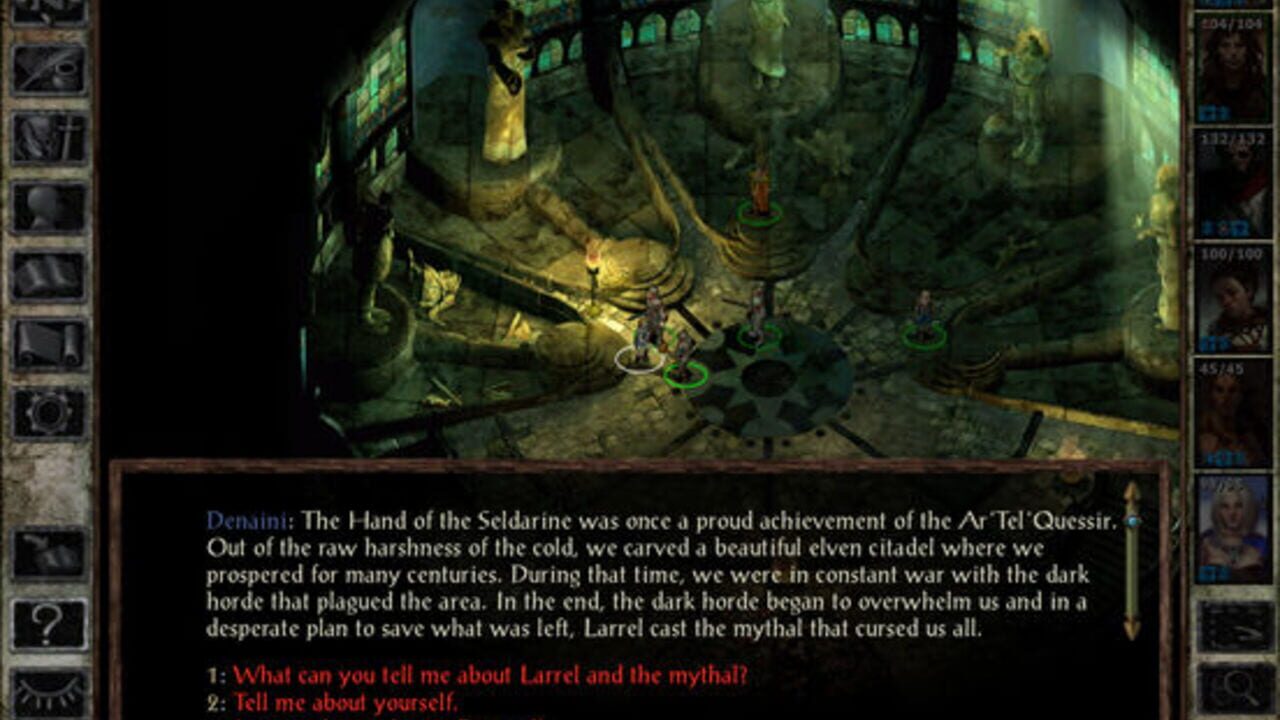 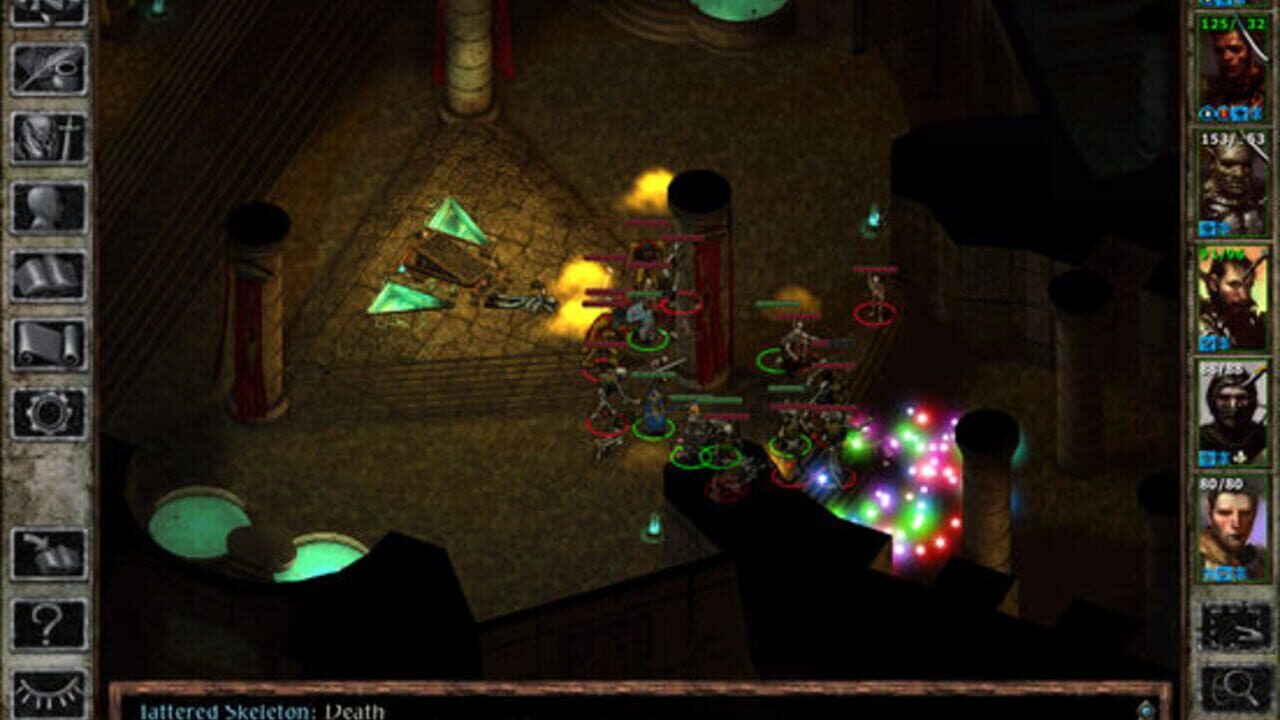 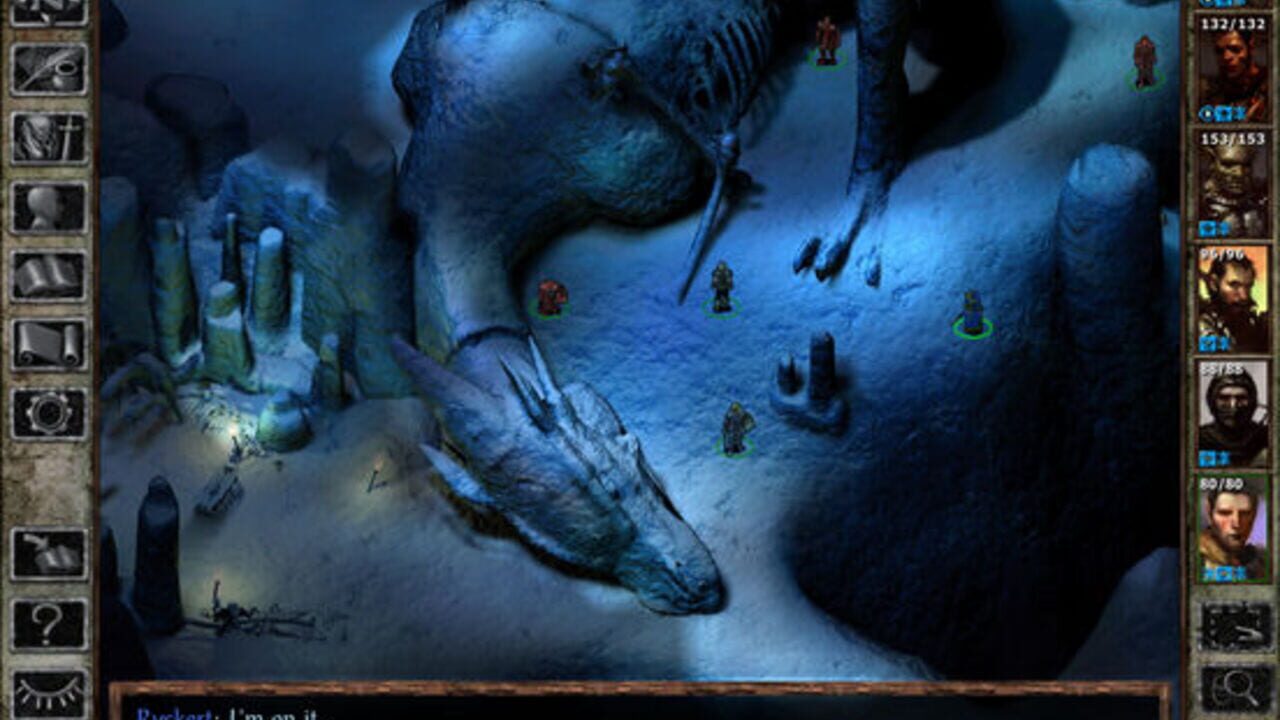 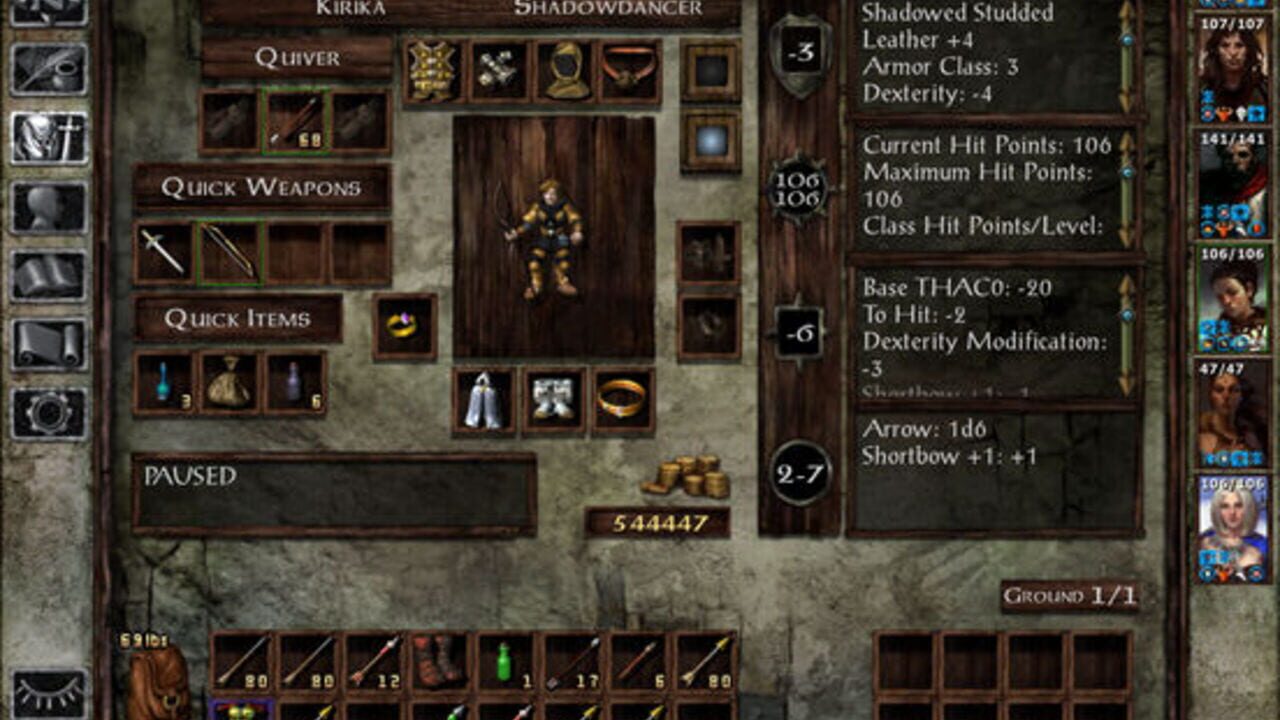 If you like Icewind Dale, but you're tired of it and want something new, you can try other games.