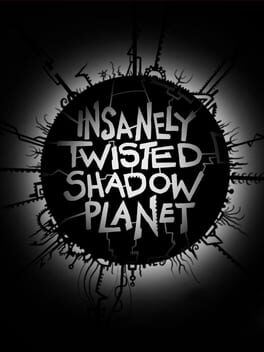 Investigate a one of a kind world and battle strange animals on your way inside the baffling shadow planet right now 2D activity experience! Fathom complex riddles and outfit your boat with extraterrestrial innovation to endure the battle for your homeworld

Insanely Twisted Shadow Planet is versatile and does not stand still, but it is never too late to start playing. The game, like many Adventure games has a full immersion in gaming. AllGame staff continues to play it.

Insanely Twisted Shadow Planet is perfect for playing alone or with friends.

At AllGame you can find reviews on Insanely Twisted Shadow Planet, gameplay videos, screenshots of the game and other Adventure representatives.

As an their planet get turned apart and devoured by some mysterious dark force, these little aliens try to save it with the technologies they got.

We have crossed the halfway point of this year's Summer of Arcade. The third title in the series of five announced is Insanely Twisted Shadow Planet , by the Fuelcell Games team. The aesthetics of this two-dimensional puzzle game with shooting elements (rather not the other way round) was developed by Michel Gagné, an animator who contributed to in the creation of the Star Wars series: The Clone Wars . No wonder that someone with such experience prepared a neat and visually interesting product, maintained in an atmosphere of moderate quirkiness.

The plot is not overwhelming with its complexity, because it is not a title in which it would have any meaning, apart from being an excuse to play. From the very pleasantly and spectacularly designed animations, which also appear during the game itself, it can be concluded that the title planet has invaded our home system and the only salvation is its infiltration, which is to be done by the vehicle as vividly resembling a flying saucer. Except with many more uses than just frying alien life forms.

At first, the saucer only has a slow-firing cannon, although its effectiveness is not all that bad. The more so because the opponents are quite sluggish and you do not feel that they have been equipped with bloodthirsty instincts. For most of the game they seem rather lazy and we don't even have to fight them, because many times it is much easier to just ignore them and fly between them. Of course, it is not always possible and among these sloths there are also those who were designed as kamikaze, so their only goal is to approach our vehicle relatively quickly and detonate it. But these are rather exceptions proving the rule that Insanely Twisted Shadow Planet, contrary to what it might seem at first glance, is not yet another shootout, a clone of Stardust or Geometry Wars . It has much more to do with titles such as Pixeljunk Shooter , except that ISTP is a bit slower. And it does not take place in any organism, which does not change the fact that our saucer spends a large part of its adventure under water, and also plays with liquid, e.g. regulation of the level of this water, also in it.

A scanner is standard equipment of every flying saucer. Thanks to it, we can learn how we should interact with the interactive elements of the environment. This makes it a lot easier to see what the game expects of us, and I'm not really convinced that this possibility should be included in it. On the one hand, in a logic game it is too much easier, on the other - the vast majority of "puzzles" related to influencing some locations occur more than once, so after the first success in solving a given problem, there can be no further mental effort.

While exploring the planet, we also find other items that allow us to get to new regions. It is, for example, a protective field that helps, for example, to get rid of incoming missiles, a chainsaw that cuts out debris blocking the corridors, or a rocket launcher. The latter are rather of average use in combat, but they are used, among other things, to cause an explosion in a place that we do not have direct access to. We then take control of the flying rocket for several seconds and I must admit that for me personally these fragments were the most difficult challenge in the entire game. A narrow tunnel with many turns, a speeding rocket and the possibility of hitting the walls only a few times. The premature boom caused by hitting the sides of the tunnel after several dozen attempts drove me literally crazy. This is one of those elements of the game in which the poorly designed pace of the game is reflected like in a mirror. A simple fight that allows you to often ignore the enemy, not too difficult logical puzzles, usually consisting in noticing a regularity in a given location and suddenly such a flower. We stop and grind our teeth for several minutes.

In the game, we most often use the gripper. It is thanks to him that we solve a lot of various puzzles that allow us to move on. Moving rocks, organisms inhabiting an inhospitable planet, direct interaction with site fragments are tasks that take the most time. And another step to give up labeling this production as a simple shooter.

What in Insanely Twisted Shadow Planet - apart from the visual design - is refined and thought out the best are boss battles. Usually large, much larger than our saucer. During these fights, it is not so much the dexterity of the fingers that counts, although it is not without significance as coming up with and implementing a way to defeat the opponent. The authors should be applauded for diversifying these tasks, although their level is not particularly high. Which does not mean that they are not satisfying - quite the opposite.

The game is not difficult and does not offer many hours of fun. In fact, you can walk through it in one sitting, although finding all the hidden items requires time-consuming breaking through the corridors you've visited. We get access to most places only after locating the appropriate module for the saucer, and not all parts of the corridors are crucial for the game. That's where you have to go back, but fortunately the navigation is made easier by a simple and legible minimap available under one of the buttons on the gamepad.

Insanely Twisted Shadow Planet is a puzzle arcade game with shooting elements and as such fulfills its task. It is satisfying, but not thrilling. It seems to me that if the authors wanted to focus more on the logical puzzles themselves, or on the development of the shooter part, leaving the strain on gray cells for another occasion, this title could benefit significantly. Its best features are aesthetics and boss fights, but don't forget that your trip to this interesting world is unlikely to last longer than one afternoon.

Screenshots will help you evaluate the graphics and gameplay of Insanely Twisted Shadow Planet. 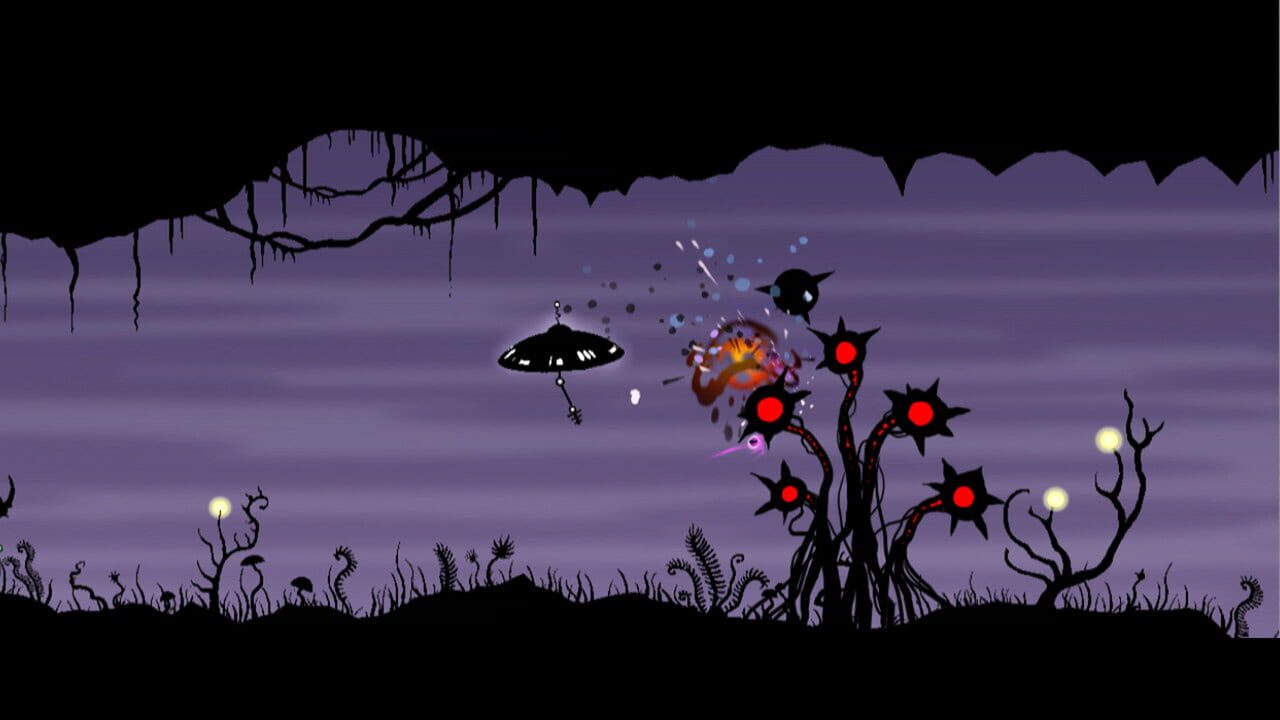 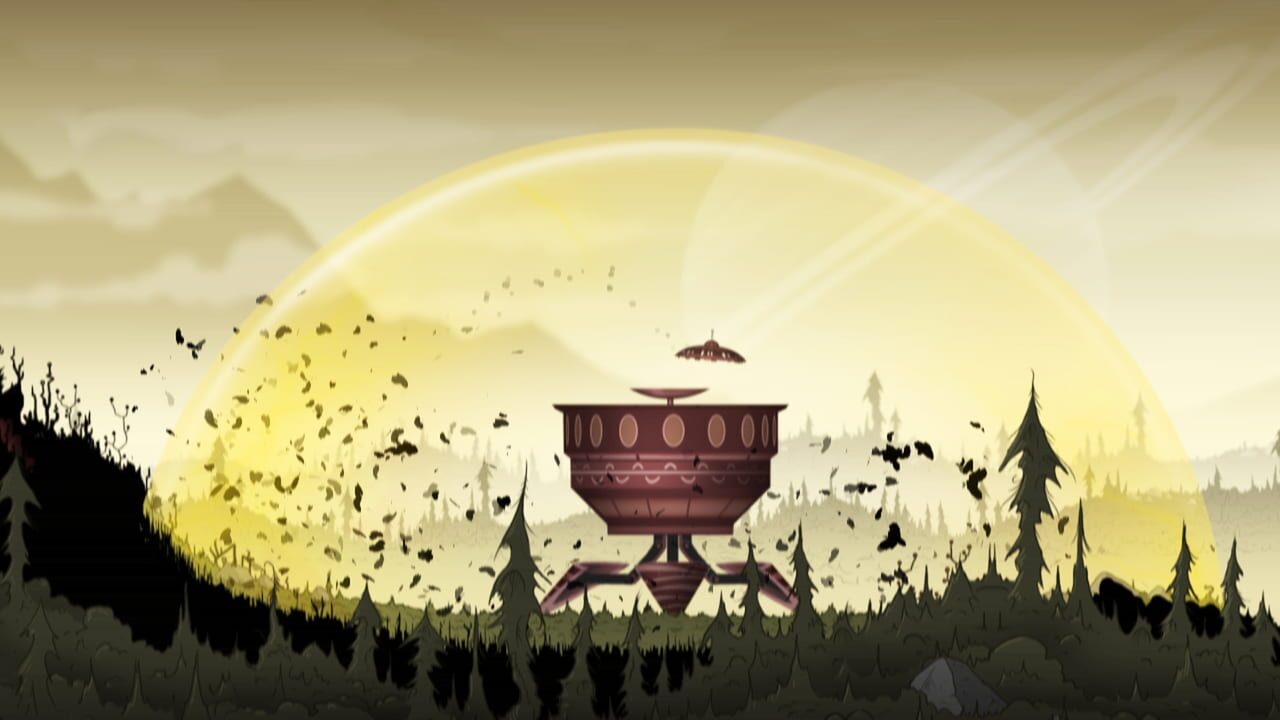 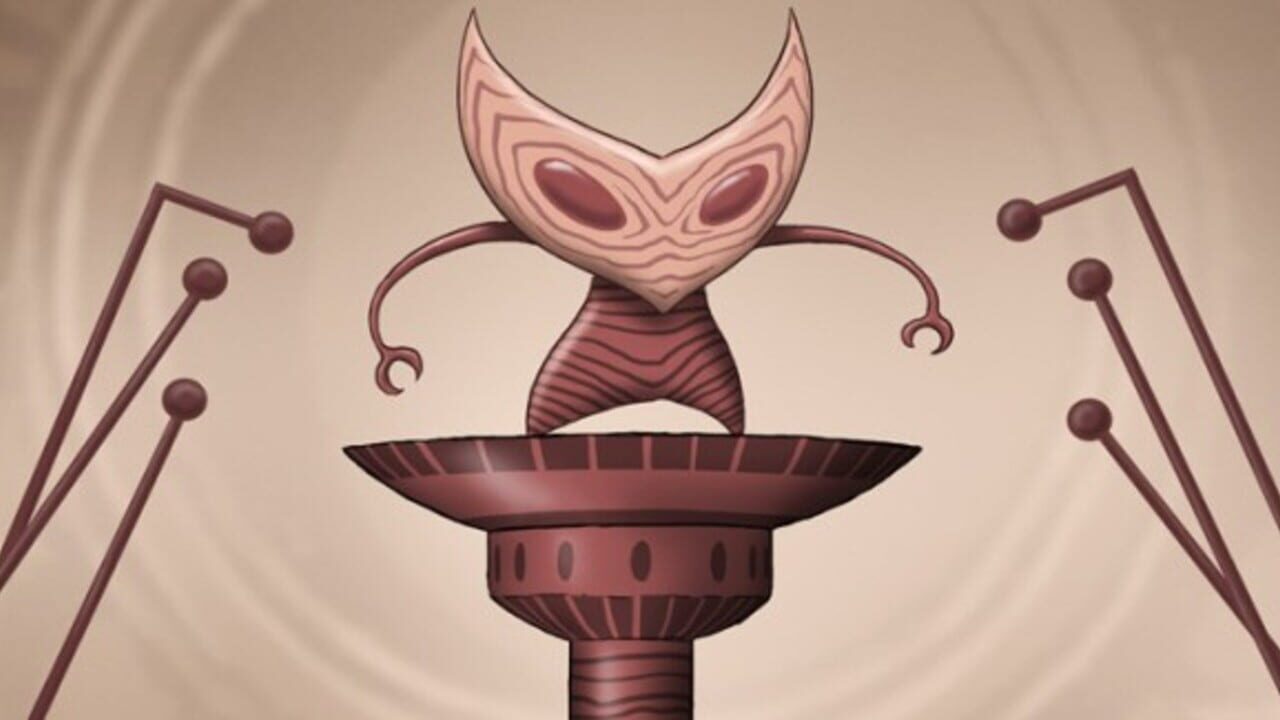 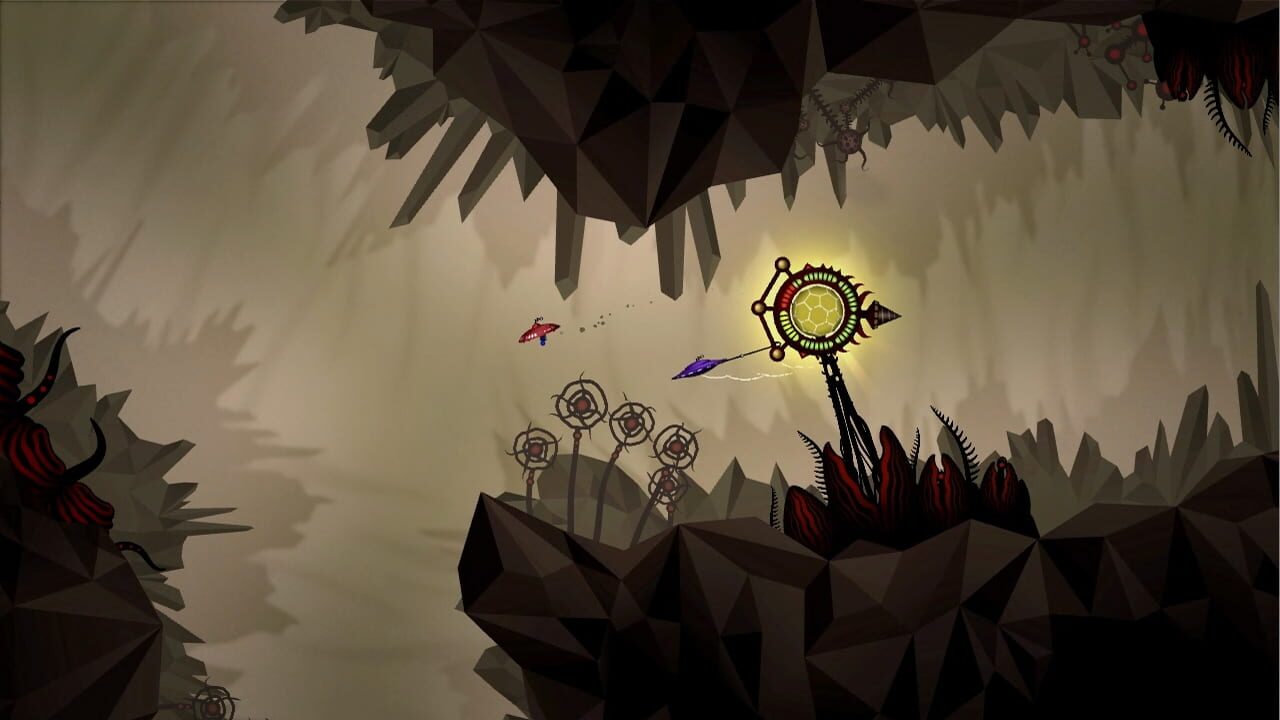 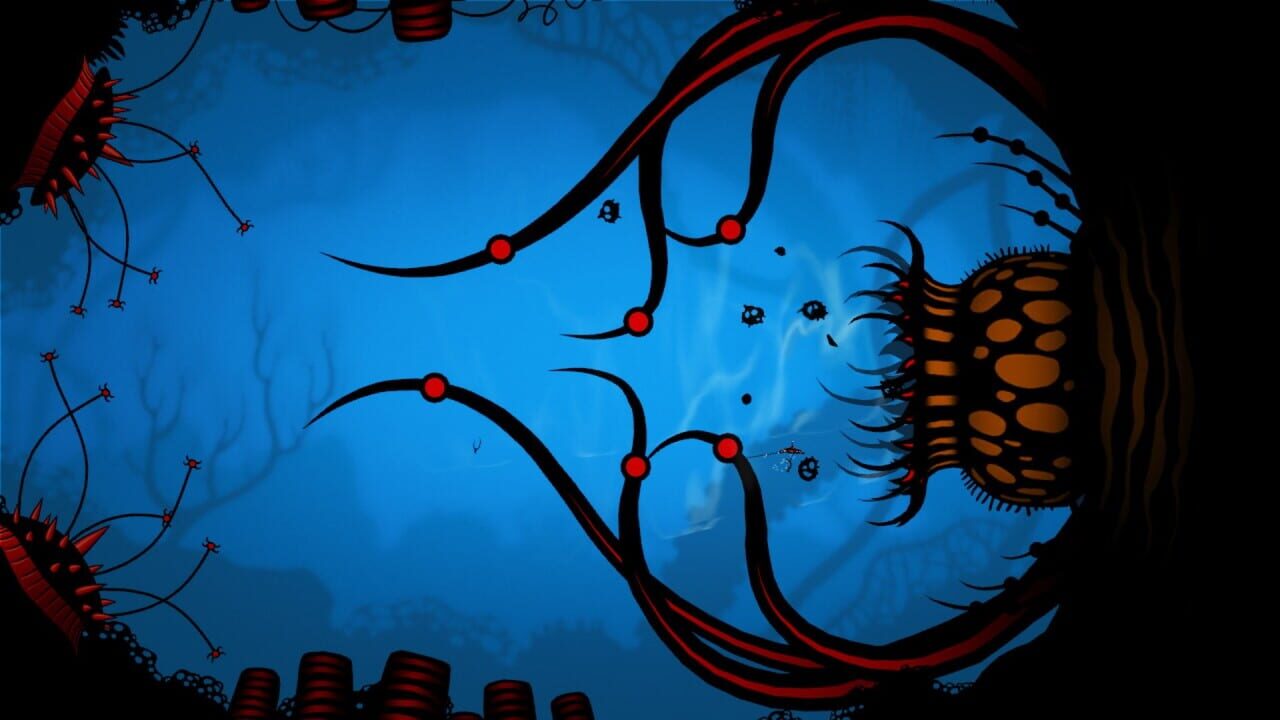 If you like Insanely Twisted Shadow Planet, but you're tired of it and want something new, you can try other games.