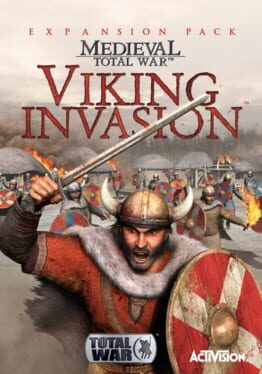 Medieval: Total War - Viking Invasion is an expansion to Medieval: Total War focused on the Dark Ages invasions of the British Isles by the Scandinavian hordes. The expansion is built around new factions, a new campaign map, and new game mechanics peculiar to the eponymous Nordic incursions.

A complete list of games like Medieval: Total War - Viking Invasion can be found at AllGame here.

Medieval: Total War - Viking Invasion is versatile and does not stand still, but it is never too late to start playing. The game, like many Real Time Strategy (RTS) games has a full immersion in gaming. AllGame staff continues to play it.

Medieval: Total War - Viking Invasion is perfect for playing alone or with friends.

At AllGame you can find reviews on Medieval: Total War - Viking Invasion, gameplay videos, screenshots of the game and other Real Time Strategy (RTS) representatives.

"A terrifying harbinger of doom haunted the lands of Northumbria, frightening the hearts of the inhabitants. Huge flashes of lightning and floating fiery dragons heralded the impending danger. These signs were followed by a famine. It was the beginning of trouble for all of Britain, when it was bloodthirsty. The Northmen have come to ravage this beautiful island ... "

In 793, people from overseas armed with axes plundered Lindisfarne Monastery on the east coast of Northumbria (what is now northern England), slaughtering monks and destroying most of the then cultural heritage of the entire British Isles. The pattern of their expeditions was simple: attack unexpectedly, kill anyone in their way, loot as much as possible and hurry back to their homeland. The Norman raids hurt the people of Ireland and most parts of Britain. In their journeys, the Vikings traversed the distant waters of the endless ocean, reaching the shores of Iceland, Greenland and even North America nearly 700 years before Christopher Columbus. The island they discovered they named Vinland. They also chose the areas of Western Europe and the Mediterranean countries as the goal of their expeditions. Using rivers, they flowed deep into the continent, threatening many important cities. Their heyday ended with the advent of the feudal times, when assimilated descendants of ancient warriors from the north embarked on crusades against the Muslims.

The heyday of the Viking empire, as well as the rest of the then nations inhabiting the British Isles, can be seen in Viking's Invasion, the recently released official supplement to the excellent Medieval: Total War. We will move to the so-called "Dark Ages", when the medieval monarchies were just beginning to take shape after the fall of the Roman Empire. We have been given a completely new map, which shows Great Britain, Ireland and the western coast of the Scandinavian Peninsula. The United English State was not to be established until about 250 years later. The peoples of the Saxons, Welsh, Irish, Scots, Picts and the clans living in Mercia and Northumbria were in the lead on the islands. The player has all the above factions at his disposal, and of course the Vikings.

In general, the game remained the same. We are still playing tactical games on a 2D map. Here we care for the expansion of our country, the development of military infrastructure, trade and diplomatic relations with other countries. The central figure of our people is the king with the entire ruling dynasty. Assassins and spies will help us settle scores with our neighbors. The obedience of the inhabitants of a given province help us to keep the soldiers stationed in a given region. When they fail, an uprising ensues and we are forced to defend our lands from rebellion. We can also fight with other countries. When there is an armed conflict, the game takes us to a three-dimensional strategic map. Here we can feel the whole quintessence of Total War production - epic battles involving thousands of soldiers, whether in the rain, snow turn, or in the scorching sun. With the advent of the new historical period, it was necessary to introduce new buildings, technologies and units. We will start the development of our country by erecting primitive settlements, clearing forests, building the first farms and recruiting unprecedented units. The Vikings received the most new types of troops. We can recruit several types of infantry armed with axes and swords (including invincible Berserkers in hand-to-hand combat) as well as Norman pikemen and riders.

The Saxons have Huscarls in heavy armor, the Welsh has unmatched archers, Scots and Picts who can easily match the Vikings, Celtic warriors and the legendary highlanders raised in harsh conditions. The Irish send into battle the feared Fyrdmen cavalry and two types of javelin-throwing units, extremely dangerous at short distances: Irish Dartmen and Kerns. However, the Gallowglasses - swordmen not much inferior to their counterparts from other countries - should be considered the basis of the "green island" army.

The map is divided into several dozen provinces, but it is much smaller than the one in the original Medieval. It takes only 50 years to rule over all regions at the highest level of difficulty. The computer does not surprise the player in any way with its actions. It takes a few days for a Total War fan to complete the campaign with all nations. However, it should be said that these are a few days of very interesting gameplay due to the new technology tree.

Creative Assembly developers did not hesitate to make many corrections to the gameplay itself. In the campaign from the basic Medieval, we can play three countries that have not been available so far, such as: Hungary, Sicily and Aragón. However, the question remains: why has it not been possible to play Papacy, Novgorod in Early Period or Switzerland or Mongols in Late Period? It is possible thanks to the mods available on the Internet, but they are not always stable. In addition to new units for the nations from the Viking campaign, several unprecedented types of troops have been prepared for the basic period of the game: Arabic Farys Cavarlymen, Russian Druzhina Cavarly, Hungary Jobbagy Infantry and Organ Gun. Before starting each battle, we can finally save the game and carefully check the state of our enemy's army. It is also possible to determine the order in which reinforcements appear in our army on the battlefield. Our archers can now (after the discovery of gunpowder in 1260) shoot flaming arrows. During castle sieges, defenders pour boiling oil on the heads of attacking enemies. This is done automatically and doesn't look very effective, but is quite effective against unarmored units. In addition, many improvements and optimizations have been made, which makes the game almost perfectly balanced.

However, it seems that the creators could have done a lot more. The expansion pack, which was supposed to meet the expectations of players until the fall of Rome: Total War, will be available for two weeks of play. A game that is thrilling, yet too short. The additional lack of new musical themes, apart from a few Viking themes, brings down the final note. We would like to say now: "until autumn", although maybe on vacation there will be a demo of the long-awaited total war in the ancient edition, which I wish to all fans of the Total War series.

Screenshots will help you evaluate the graphics and gameplay of Medieval: Total War - Viking Invasion. 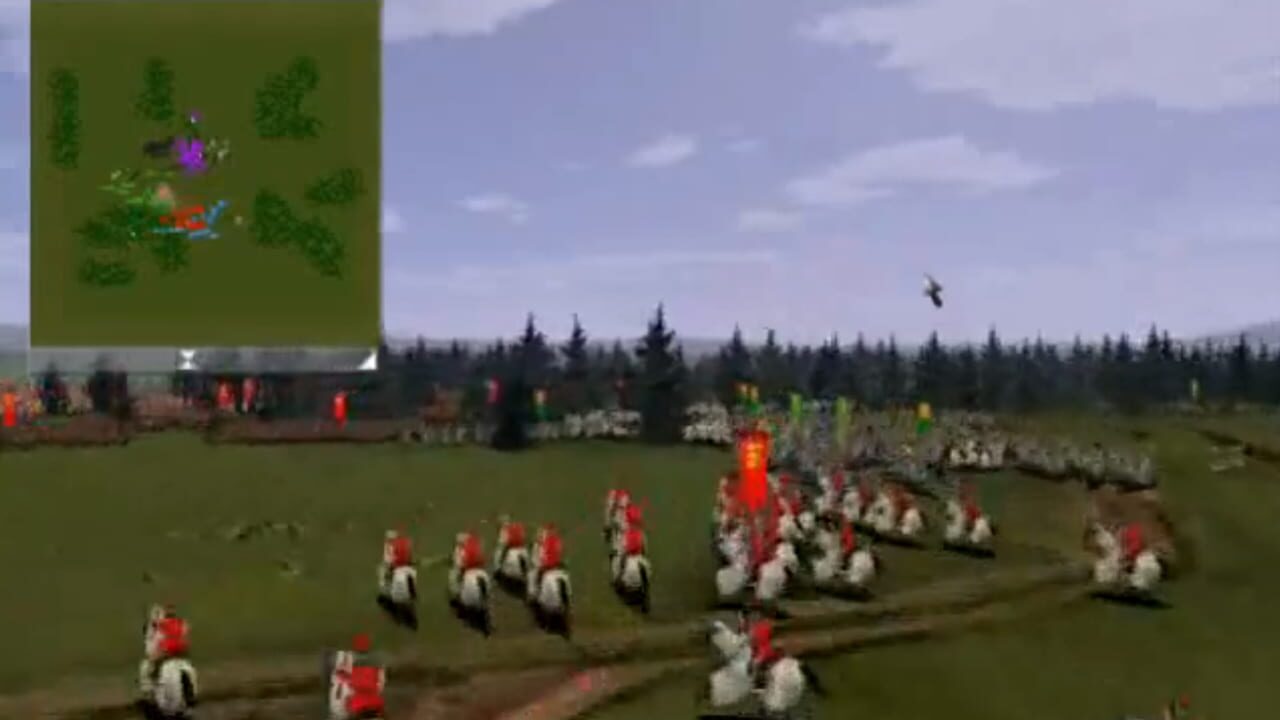 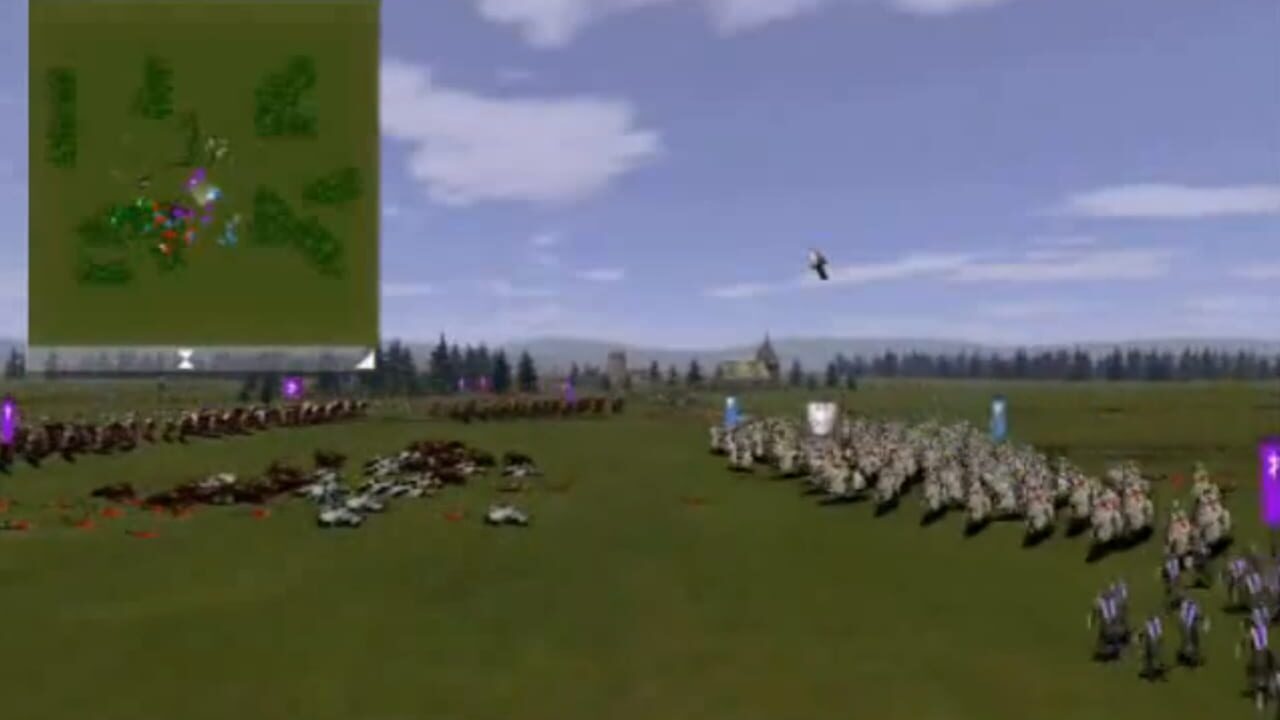 If you like Medieval: Total War - Viking Invasion, but you're tired of it and want something new, you can try other games.