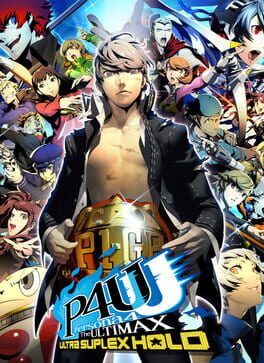 Persona 4 Arena Ultimax is a fighting video game developed by Arc System Works and Atlus. It is the direct sequel to Persona 4 Arena, which is itself a follow-up to the role-playing game Persona 4. The game was originally released in Japanese arcades on November 28, 2013, and later ported to home consoles. Unlike the previous game, it is not region locked.

In addition to Persona 4 Arena Ultimax, the representatives of Fighting games also belong:

Persona 4 Arena Ultimax is versatile and does not stand still, but it is never too late to start playing. The game, like many Fighting games has a full immersion in gaming. AllGame staff continues to play it.

Persona 4 Arena Ultimax is perfect for playing alone or with friends.

At AllGame you can find reviews on Persona 4 Arena Ultimax, gameplay videos, screenshots of the game and other Fighting representatives.

Author: Juan García
Date: 2021-01-26 02:15:05
While playing Persona 4 Arena Ultimax we had a bittersweet feeling. It is not that it is a bad game, precisely the opposite, but rather the feeling that no matter how well this game does, it will not be recognized by the most general public. Only the most conscientious fighting game lovers will be waiting for it, or those who enjoyed Persona 4 (one of the best RPGs of recent years) or its sequel in fighting format, Persona 4 Arena.

It is precisely from this last title who directly drinks Persona 4 Arena Ultimax, since it starts from its playable base, but adds a good accumulation of layers to its playability and possibilities, making it a much more complete title than its predecessor was . It is one of those games that is easy and accessible at first (it uses only four buttons on the remote), but with a depth that you would want for yourself as beloved titles as the latest Street Fighter installments. Combos, juggles and all kinds of technical tricks that are gradually being introduced into a simple fighting system, based on the classic movements of the genre . Explaining it in depth would take pages and pages, although the principles are similar to other titles in the genre, with a single life bar, a special bar and time running against us, with best-of-three-round matches.

The differences that make this game unique come largely from the original conception of the production, born from the union of two titans such as Arc System Works and those responsible for the Persona series in Atlus . That is why this title is different. The characters, 19 in principle, a record for Arc System Works, are drawn directly from Persona 4 and Persona 3, each having powers and abilities similar to those they wore in those RPG titles. Hence, they use Personas as part of the usual fighting mechanics, but it also justifies the appearance of a second version of many of the fighters, a shadow, with similar abilities but with slight differences. With this, the possibilities are multiplied, configuring a wide staff, but above all, very well differentiated . Each of the characters included is completely different from the rest, with their unique attacks, different strengths and weaknesses, etc ... Dominating, for example, Yu or Yosuke, does not imply that we know how to use other characters such as Labris or Aigis, only that we understand the intricate fighting system that Persona 4 Arena Ultimate proposes.

The rest of the production drinks the same winds, closely following the dictation of Persona 4 in terms of presentation (music, videos, menus ...) and even with the story, since Persona 4 Arena Ultimax is not a simple succession It has a powerful thread, written by the original Persona team under Katsura Hashino. You can see that from the presentation screen, but it is palpable with its multiple game modes. Perhaps the most remarkable is the story, which plunges us into a conversational adventure dotted with battles here and there (you can even ask the AI to play the battles). If you are one of those who are here just for the fight, you can skip this mode, but the story it tells is worth it, narrating events subsequent to those of Persona 4 Arena, which in turn continued those of Persona 4. The biggest The barrier that we will find will be the language, since all the texts of Person 4 Arena Ultimax are in English . Nothing would happen if it was a standard fighting game, but with the importance of the story here, it's a somewhat bigger glitch. If you are not a fan of the series, you may get lost at times due to the complexity of the plot and the number of characters present, but once the initial 'scare' is over, it is a delight.

Anyway, there are a good number of game options, in case reading texts is not our thing. Start with the arcade mode, also peppered with unique stories and conversations for each of the characters, with its own final cinematic included. It must be said that the difficulty of the title is adaptable, although the normal level is not exactly a challenge at the height of the best thumbs ... It is accompanied by a way in which our character must overcome a series of floors (their number depends on the level of difficulty) and level up, improving their statistics and equipping skills (which have the names of the people and skills of Persona 4) in the purest role-playing style. This is the most interesting mode, as it allows hours of immersion, with continuous progress and improvement of the character we have chosen. A great success by Arc System Works for this Persona 4 Arena Ultimax. They are accompanied by the typical versus mode and the ScoreAttack mode, relatively less important and new.

Of course, we will not have to jump directly into the combat arena without a net, since Persona 4 Arena Ultimax has a wide variety of training options that will prepare us for the most difficult combat challenges. They range from simple tutorials to learn the basics of the fighting system and the advantages and disadvantages of the shadow versions to tests in the style of those we saw in Street Fighter IV. This without counting the free training mode, fully configurable according to our needs. That is, if we do not learn to play this title it is because we do not want to, since it makes things easy whether we are novices, with automatic combos, and we do not want to learn, or if we seek to become the king of the fighting tournament. It will be precisely these types of players who will enjoy the proposal the most, with an exacerbated depth and endless new mechanics (the one we like the most is the Fatal Counter, a fatal counter that can be performed with any movement, at the right time ). In addition, the re-balancing of characters is most efficient, eliminating many of the existing imbalances. It's not perfect, as there are still more powerful characters, but it's a good path.

Finally, the online options complete the canvas of the proposal. Unfortunately we have not been able to play them since they require a download that was not available at the time of this analysis. When it is, it will allow us to create our own character sheet and play ranked or free games through the network of networks, gaining new avatar images as more and more we play in this and other modes. It is a pity that it is not available, and it is also quite rare, since these lines are written on the same day that the game is launched on the European market.

Screenshots will help you evaluate the graphics and gameplay of Persona 4 Arena Ultimax. 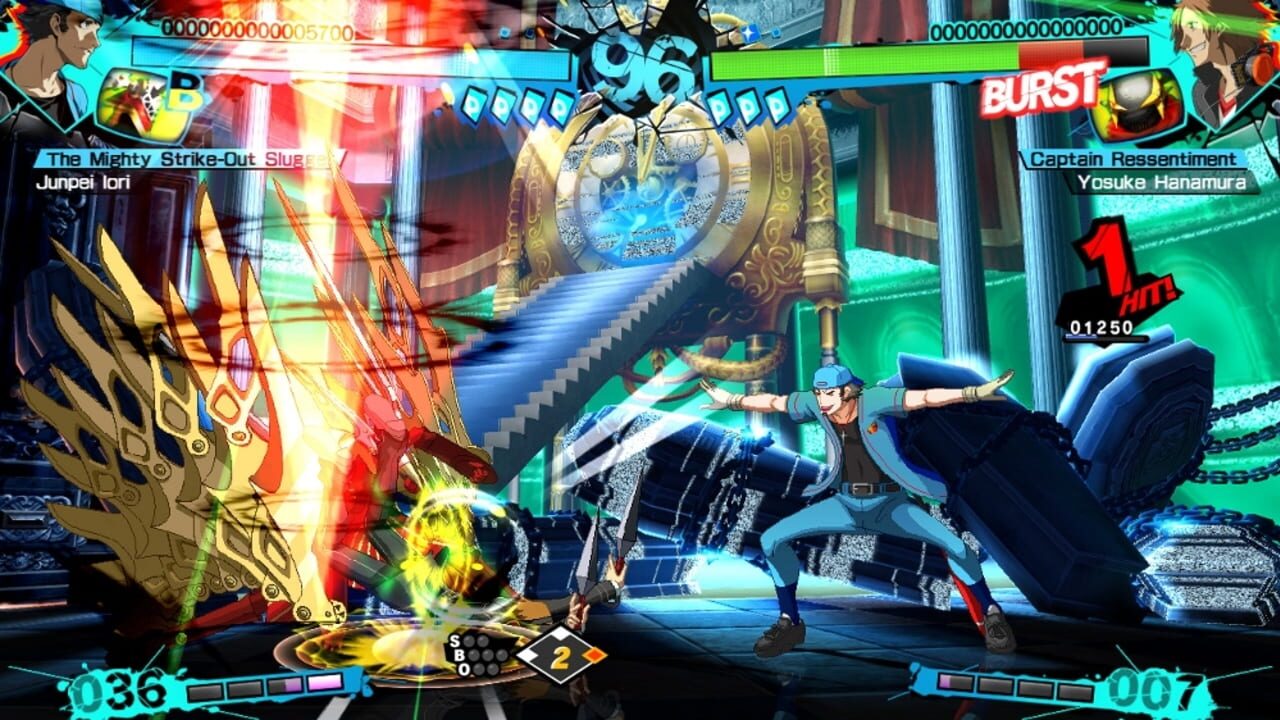 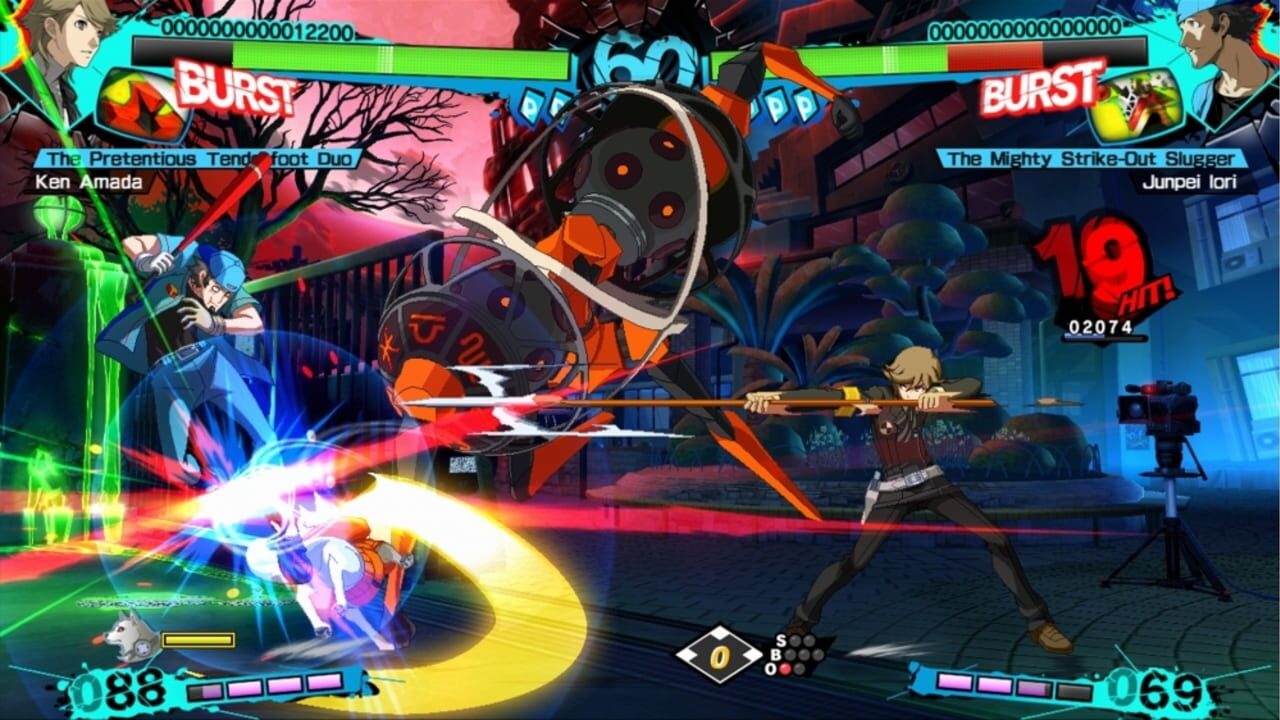 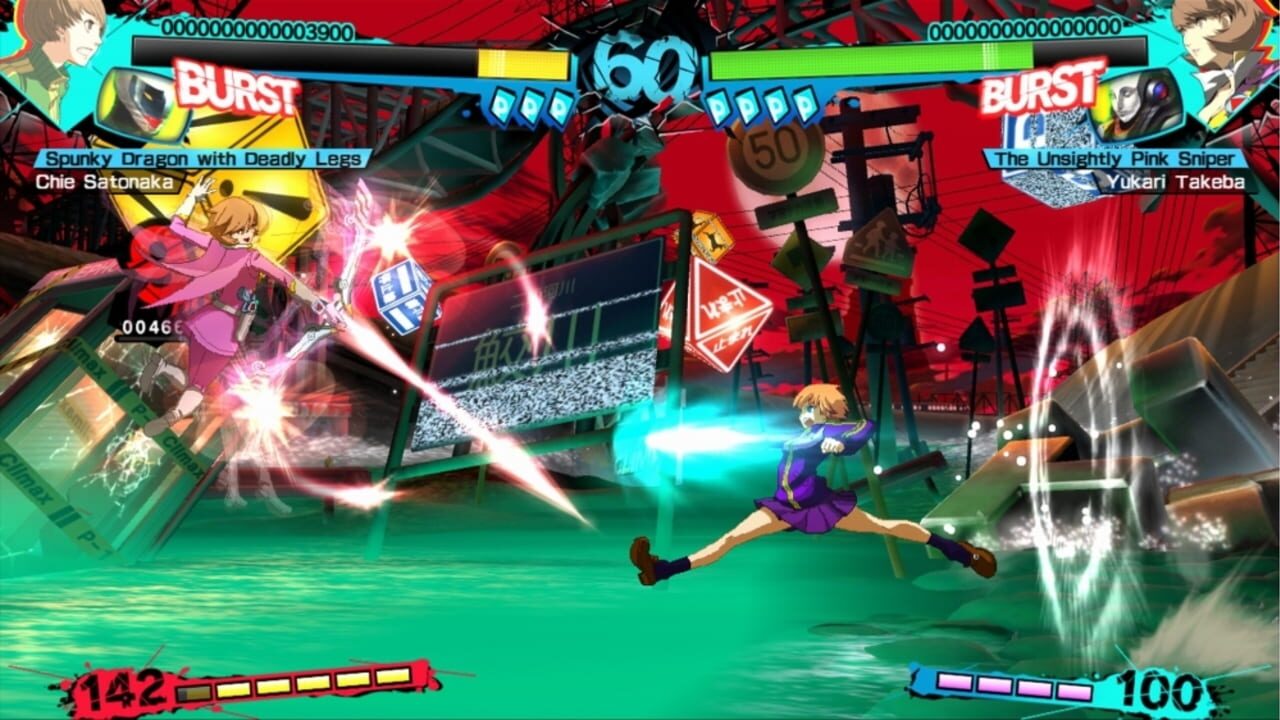 If you like Persona 4 Arena Ultimax, but you're tired of it and want something new, you can try other games.