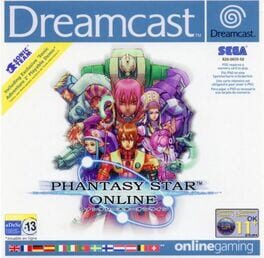 Pioneer 2 finally completed it's long voyage to the new home world. But as the ship entered orbit, an enormous explosion shook the entire planet, and all contact with the thousands of people already there was lost. Now, in the first worldwide online console RPG, players from around the globe must unite to discover what has happened. Phantasy Star Online continues in the tradition of one of the most popular series of all time, and becomes a revolutionary and truly global gaming experience in an online, persistent world.

Phantasy Star Online is versatile and does not stand still, but it is never too late to start playing. The game, like many Role-playing (RPG) games has a full immersion in gaming. AllGame staff continues to play it.

Phantasy Star Online is perfect for playing alone or with friends.

At AllGame you can find reviews on Phantasy Star Online, gameplay videos, screenshots of the game and other Role-playing (RPG) representatives.

If screenshots are not enough, you can enjoy creative videos from SEGA of America

If you like Phantasy Star Online, but you're tired of it and want something new, you can try other games.