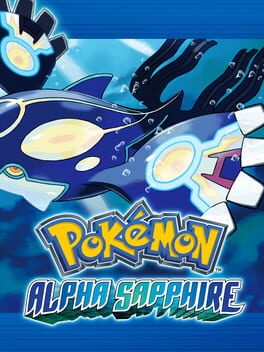 Pokémon Alpha Sapphire is versatile and does not stand still, but it is never too late to start playing. The game, like many Role-playing (RPG) games has a full immersion in gaming. AllGame staff continues to play it.

Pokémon Alpha Sapphire is perfect for playing alone or with friends.

At AllGame you can find reviews on Pokémon Alpha Sapphire, gameplay videos, screenshots of the game and other Role-playing (RPG) representatives.

While I was playing Pokémon Omega Ruby and Alpha Sapphire, I remember memories of some of the trainers and their Pokémon teams from the original Pokémon Ruby and Sapphire game from 2002. Re-experience this role-playing game in a 3D version and brought up to date was for me a real nostalgic journey, from its nice and friendly plot, to the touching end credits sequence. Either way, as a remake, this edition represents a real missed opportunity to address several significant game mechanics and balance issues - the difficulty I experienced returning to this game after playing. to more modern editions, such as Pokémon X, shows how important the evolution of Pokémon games has been over the past twelve years.

For newbies, Ruby & Sapphire was the third generation of the Pokémon RPG series, and the best-selling Game Boy Advance games of all time. They follow the proven model of the Pokémon series, which involves traveling to catch new monsters, completing challenges in eight Arenas, and ultimately battling the Council of Four and the Champion. Like most other Pokémon games, you also have to face off against rival Pokémon trainer teams, which here are Team Magma in Ruby, and Team Aqua when it comes to Sapphire; the ambition of these being to use their legendary Pokémon to forever upset the region of Hoenn, in which the games are located.

These are the first Pokémon games of this generation to benefit from a 3D remake. The third generation brought, for many reasons, a big change from the first two generations. Most notable is the appearance of Talents (attributes that add advantages in battles, among other things), Natures (which affect stat development) and Double Battles (using two Pokemon simultaneously was not possible before). The different places were already benefiting from their own weather, and the region offered a varied topography, ranging from a desert to a volcano, including sandy beaches.

Alpha and Omega also have some similarities to X and Y regarding certain features with applications - the Recreational Poké, the Virtual Perfection System, the Player Search System - all of which have been integrated into the Poké Multi-Navi. The interface is overloaded and frankly heavy, but online applications are enriched with interesting additions (including the Miracle Exchange). Perhaps the most relevant addition for Pokémon collectors is the new Pokémon finder app, the Navi-Dex. Every once in a while, a wild Pokémon will let out tall grass (or sand, or water), an ear tip or tail, and the Navi-Dex will notify you as to the Pokémon's level and ability. , even on the rare capacities which it can hold. I found two Medhyena this way: a female with Frost Fangs and a male with Venom Hook, two “egg moves” that you can normally only achieve with careful breeding. Breeding capacities finally easily accessible! The app can potentially help get EV, since you can see which Pokémon you are going to face before fighting them, giving you another alternative to the Virtual Perfection System in addition to the traditional, less accessible methods.

Frankly, all of the additions to the original features of Hoenn are improvements. Sadly, there are still a few big flaws that haven't been addressed, and they are even more glaring in light of more recent Pokemon games. It's sad that all Pokémon games needlessly include too many hidden abilities, commonly referred to as CS (Secret Capsules), that you have to teach your Pokémon in order to progress in the region, and they aren't easily overlooked. Anything besides the Surf and Fly abilities is going too far for my liking, and Hoenn is one of the world's worst worlds when it comes to CS. Alpha and Omega have ditched the Flash in favor of a total of seven CS this time around - and towards the end of the game you can summon Latias or Latios to ensure the air, meaning you won't need to having Pokémon with Flying on your team - but compared to the five CSs of X and Y, the reason the developers pushed them out of subsequent games is all too obvious.

The Hidden Forces also participate in this. This is not a SC, but it is another ability that interacts with the whole world, and is necessary for the construction of the Secret Bases. Maybe I'm a little tight-fisted with the abilities I teach my Pokémon, but I wish I didn't need a dedicated ability to unearth potential bases on my travels. Having said that, having a main base that I can decorate in 3D turned out to be really fun, and being able to share it through StreetPass and leave it available to other players for them to fight over, like in a mini arena. , are really neat options.

This complaint is nothing new, but the Hoenn region is still just as imbalanced when it comes to Types; in particular, and it favors water too much. This is especially evident in Alpha Saphir, where Team Aqua (the villains of the story) use a lot of Water Types. It feels like there are Water-Type Pokemon in almost every fight, and I have an ultra-high-level Pikachu to prove it. There are also plenty of bodies of water to navigate, since the final phase of the game requires CS Surf and Diving to get from point to point. Dive was really neat in 2002 when it came to a new feature, but I found using it really tedious in Alpha and Omega - another example of how superfluous CS is.

The water itself, however, is absolutely stunning with the new highly detailed graphics. One of my favorite aspects of the whole adventure was wading through the puddles reflecting the starry night. The diving has also been improved, you will agree that when you see a school of Lovdiscs swimming beside you. Building my Secret Base on rainy Route 119 gave me a delicious feeling of comfort, comparable to tea sipped by the fireplace on a rainy day. Everything in Hoenn, water or not, is either deliciously cute or strikingly beautiful, and I loved revisiting this area - despite the boredom of navigating all that water.

Screenshots will help you evaluate the graphics and gameplay of Pokémon Alpha Sapphire. 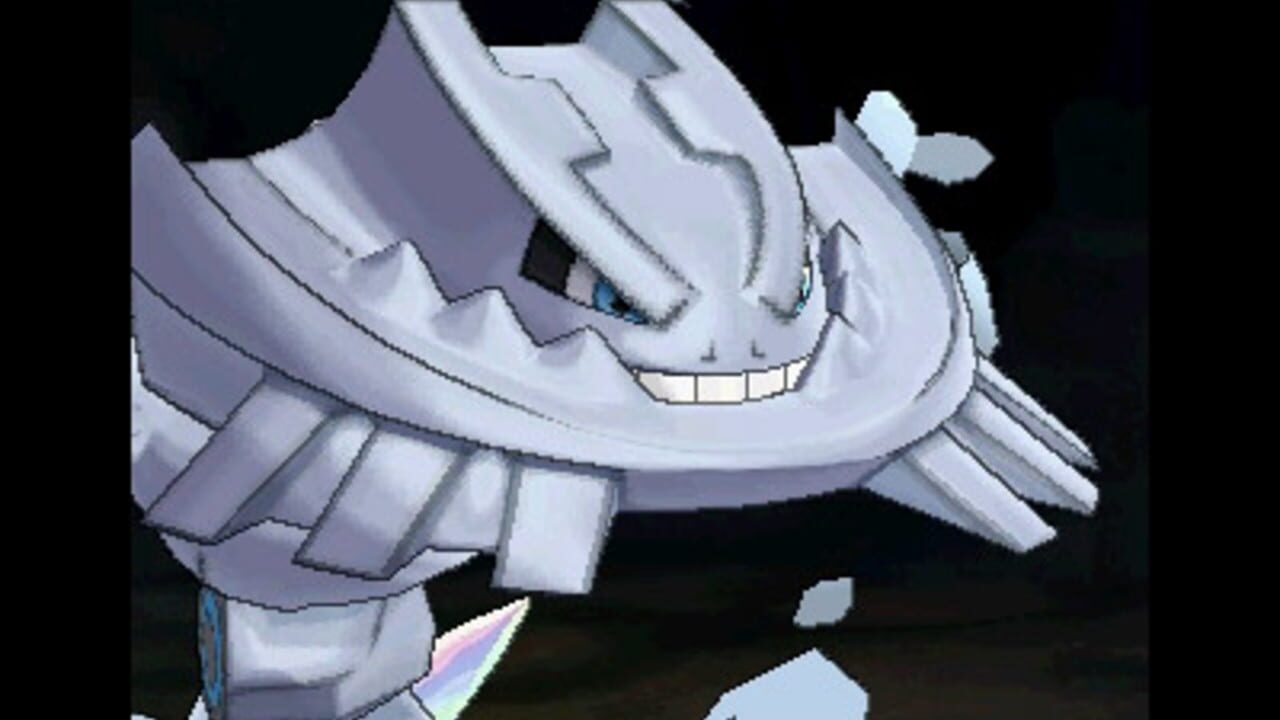 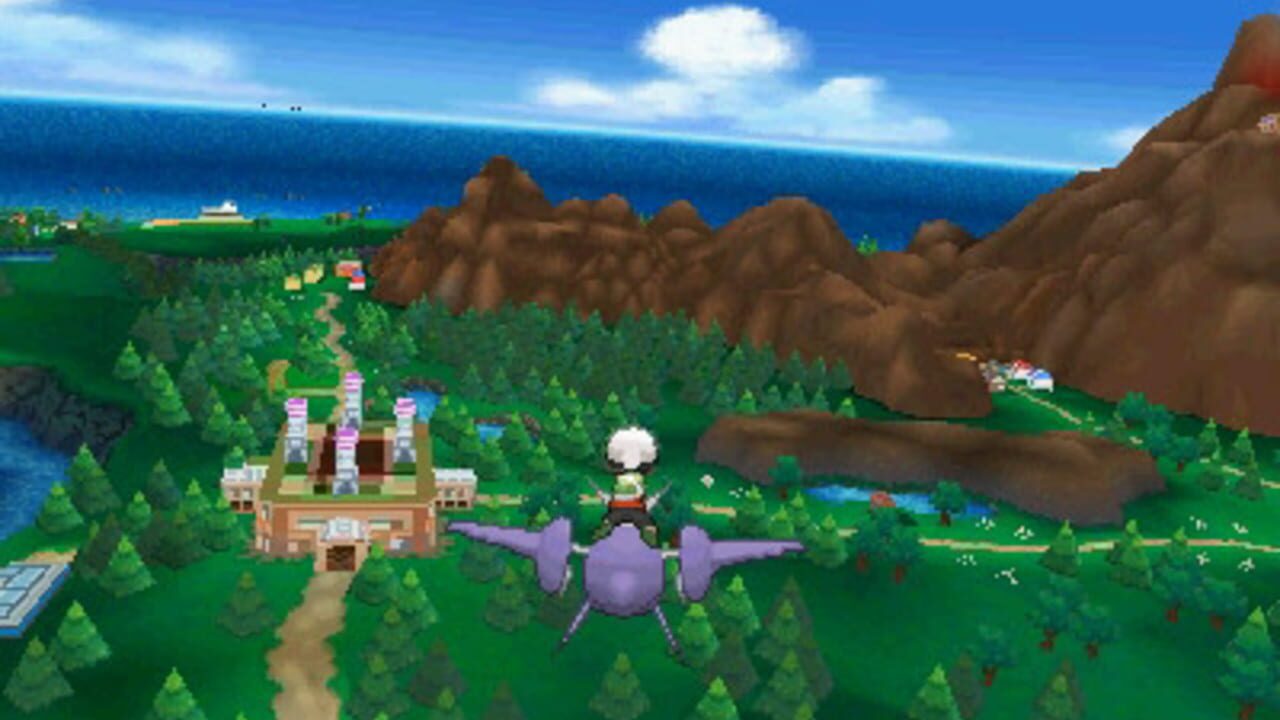 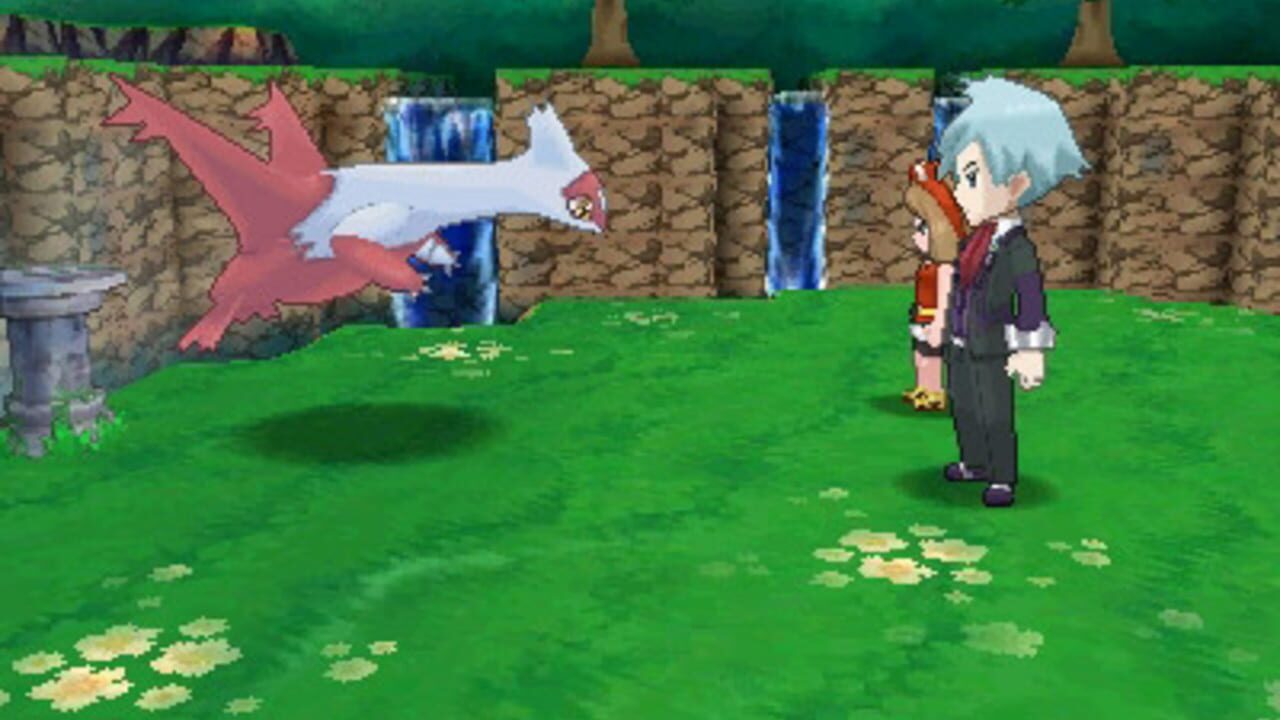 If you like Pokémon Alpha Sapphire, but you're tired of it and want something new, you can try other games.