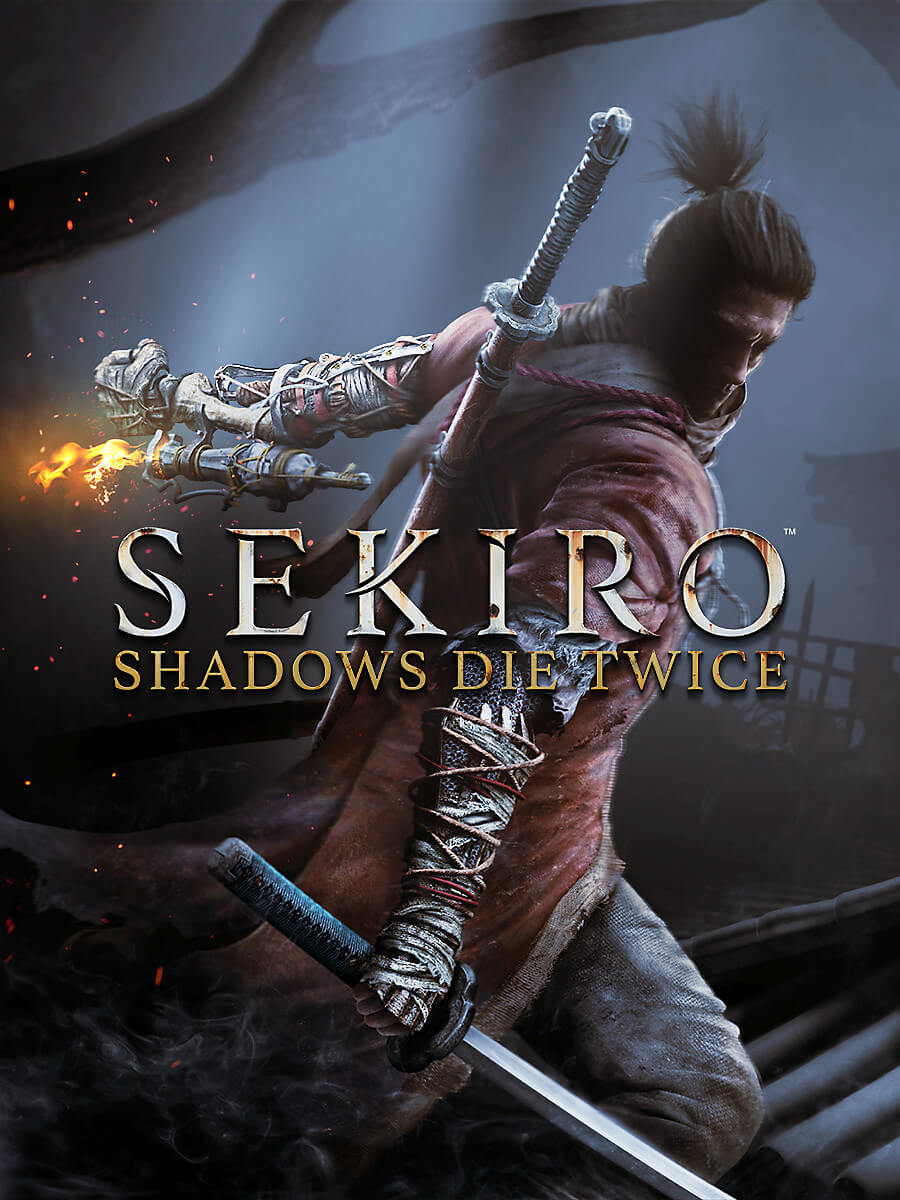 Carve your own clever path to vengeance in an all-new adventure from developer FromSoftware. In Sekiro: Shadows Die Twice you are the “one-armed wolf”, a disgraced and disfigured warrior rescued from the brink of death. Bound to protect a young lord who is the descendant of an ancient bloodline, you become the target of many vicious enemies, including the dangerous Ashina clan. When the young lord is captured, nothing will stop you on a perilous quest to regain your honour, not even death itself.Explore late 1500s Sengoku Japan, a brutal period of constant life and death conflict, as you come face to face with larger than life foes in a dark and twisted world. Unleash an arsenal of deadly prosthetic tools and powerful ninja abilities while you blend stealth, vertical traversal, and visceral head to head combat in a bloody confrontation. Take Revenge. Restore your honor. Kill Ingeniously.

Sekiro: Shadows Die Twice is versatile and does not stand still, but it is never too late to start playing. The game, like many Adventure games has a full immersion in gaming. AllGame staff continues to play it.

Sekiro: Shadows Die Twice is perfect for playing alone or with friends.

At AllGame you can find reviews on Sekiro: Shadows Die Twice, gameplay videos, screenshots of the game and other Adventure representatives.

This section tells the history of the world of Sekiro: Shadows Die Twice

Your death will not come so easily. Go back in time and discover Sengoku Japan from the end of the 16th century, a brutal, bloody period full of deadly conflicts. As the tension mounts, an exciting new story unfolds amidst the chaos: that of Sekiro ™: Shadows Die Twice, the new dark and tortured experience developed by renowned teams from FromSoftware, creators of Bloodborne and the Dark Souls series.

Author: Juan García
Date: 2020-03-03 05:23:29
FromSoftware does its magic again with Sekiro: Shadows Die Twice, inviting us to die and despair before the challenges proposed by their games, but &#39;forcing&#39; us to continue playing, fighting and learning until we overcome challenges that seem impossible. Yes, these are sensations that are not strange to us, since the Soulsborne have always revolved around this, but now we live it in a unique and different way, as well as familiar.

Sekiro flees from dark and fantastic atmospheres to take us to Feudal Japan, presenting the story of a Shinobi who must avoid the shame of having lost his lord, a young nobleman who is said to be of the dragon's race. Together with him we will go through a series of scenarios of a wide and interconnected world in the purest Soulsborne style , while we discover the history of this character. That is the first big difference, that this time there are no classes, nor edition of the protagonist, since everything is much more traditional and cinematographic, although I also rely on explanations at many times, leaving us to interpret certain details of the plot.

This makes Sekiro: Shadows Die Twice more traditional in terms of narrative and, therefore, capable of engaging a less accustomed audience to the contextual narrative of the Soulsborne. Here the cut scenes are more common, frequent dialogues and, although not all the narrative drawing is painted, it is easy to interpret what we are told. There are blurry moments, such as our hero's past, that we will discover through memories, which lead us to a world separated from the main one, discovering more and more details of the history of this world (and finding improvements along the way). A good twist that has surprised us and serves to add an extra dose of variety to the history of the FromSoftware game. The fact is that Sekiro's story matters and hooks as much as its gameplay.

In playable terms, Sekiro's proposal is familiar to what is seen in the Soulsborne, but also radically different. Now there are no two types of hit, nor equipment loot, or improved character statistics. Everything is much more natural here, without losing the role sense at any time. On the one hand there are the fighting, more agile than in the Souls, and with a growing variety of possibilities. By killing enemies and advancing in the game we will gain experience and open up new possibilities, respectively. This means that we can buy the special skills available to Sekiro, expanding his attack movements, allowing him to dodge and in general, being more capable in combat. At the same time our mechanical arm will be gaining in functions, making our range of possibilities more and wider as the game hours pass.

All this, together with the real-time combat with the typical hardness of the Dark Souls, makes the skill mandatory, but it also takes ingenuity and inventiveness to discover new ways to kill enemies. For example, the combination of flammable oil with the tool of our arm that throws fire has worked wonders for us. However, this is not worth much with agile enemies, such as animals, which we must scare with explosions or firecrackers (another of the tools of our arm). That is, each type of enemy requires a specific skill or ability that will help us, if we are able to discover it, adding more layers of sophistication to the gameplay of Sekiro: Shadows Die Twice. That we can choose the skills to unlock, choosing between several trees, and that the additions of our arm are not found in a 'linear' way adds even more, if necessary.

All this configures a gameplay in which, as if it were a modern metroidvania, we go back to end enemies that seemed too powerful in the beginning, and we left forgotten in one of the many secondary roads that populate the world (something necessary, since only by eliminating these beings we will be able to expand our life and posture bar). This results in a much more marked variety in terms of playability than in the Dark Souls series, by allowing us to interpret each combat situation, but also giving us more alternatives than ever, for example, by making stealth a basic mechanic of the game.

To this we should add the importance of the system of postures that basically limits the defense so that we do not abuse it, while rewarding deviations and contractions, thus completing an intense proposal that requires all our attention, ingenuity, ability and patience. In this way, it is configured as a more complete title even than the Darks Souls, without sacrificing the difficulty of their fighting and many other characteristic elements of the FromSoftware series. In fact, thanks to the greater variety, when we find a way to end a single enemy, the feeling of satisfaction is much greater than if we had simply died and repeated until we managed to succeed in combat.

All this without having finished listing the details we like about Sekiro: Shadows Die Twice. We could continue with the verticality of their scenarios , not only with the hook that allows us to perch on rooftops and others, but also by allowing us to 'platform', making the exploration of the different scenarios much more entertaining (and also facilitates our task of sneak into the backs of the enemies, of course). We should also name the character's evolutionary system, which is nothing traditional, but allows us to evolve in different ways as we play, either finding objects, or acquiring skills, or speaking with non-player characters to give us more or less important objects.

And by the end we have left Sekiro's resurrection system, which adds an extra dose of tension. On the one hand it allows us to have wide sleeves to be able to resume fighting just after we die. On the other hand, resuscitating too much makes things a little more difficult, by contaminating the world with a disease that can cause different characters to be affected and stop interacting with us, in addition to worsening the chances of losing money and XP after dying (here if we die, we lose part of the accumulated, but without the possibility of recovering it). That is to say, that dying a lot ends up infecting us with an extra tension that, in games like this, makes the controls fly out the window ... And at the same time the feeling of satisfaction is accentuated by overcoming the most complex situations.

In short, that all pieces of the gameplay of Sekiro: Shadows Die Twice dance to it are , to multiply the variety of combat situations and possibilities and make us feel even more part of the equation proposed by FromSoftware, including history . There are small problems to put, yes, especially in the technical aspect. On the one hand there is the stability in the rate of images per second, quite unstable and with obvious pulls at certain times. We've noticed it on both Xbox One X and PS4 Pro, although we haven't been able to try the PC version. This is joined by a camera that leaves us sold in enclosed spaces , causing us to die from time to time too much, especially since the number of enemies that appears on the screen can be quite high (more than usual in Dark Souls).

On the other hand, the modeling is of great quality, the scenarios of extreme beauty and the care that has been given to almost every texture, visual effect or situation is overwhelming, making us not miss the careful aspect of the games of the Soulsborne series. Moreover, it surpasses them with amplitude, placing itself as a beautiful spectacle full of blood and death when it plays (and there are no dips in the image rate along the way).

As for the sound bill, we have nothing but beautiful words for FromSoftware's work in this regard. We could start by praising the decision to let us choose the language of the dialogues, with the native Japanese of the protagonists as the most recommended option (although it is dubbed into Spanish, among other languages). We would continue with the detail of the sound effects, with different footsteps depending on each surface, the clash of steel against enemy weapons, etc ... And we would end with the excellent soundtrack that bathes the action and accompanies the thousand wonders to In spite of the evident tension that we accumulate when we fight against the DIFFICULT HEADS of Sekiro: Shadows Die Twice (although it is somewhat easier in the 'day to day' than the Soulsborne).

We gathered the finest game reviews for you to have a better idea of the Sekiro: Shadows Die Twice

Screenshots will help you evaluate the graphics and gameplay of Sekiro: Shadows Die Twice. 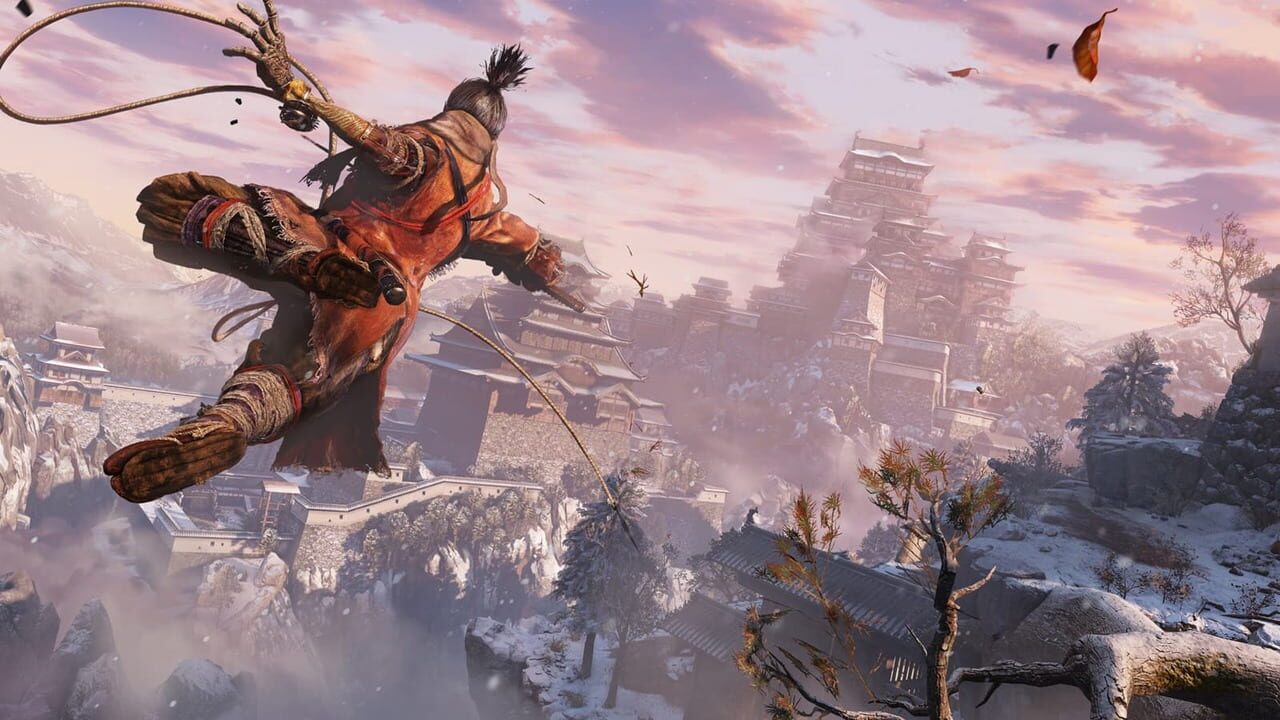 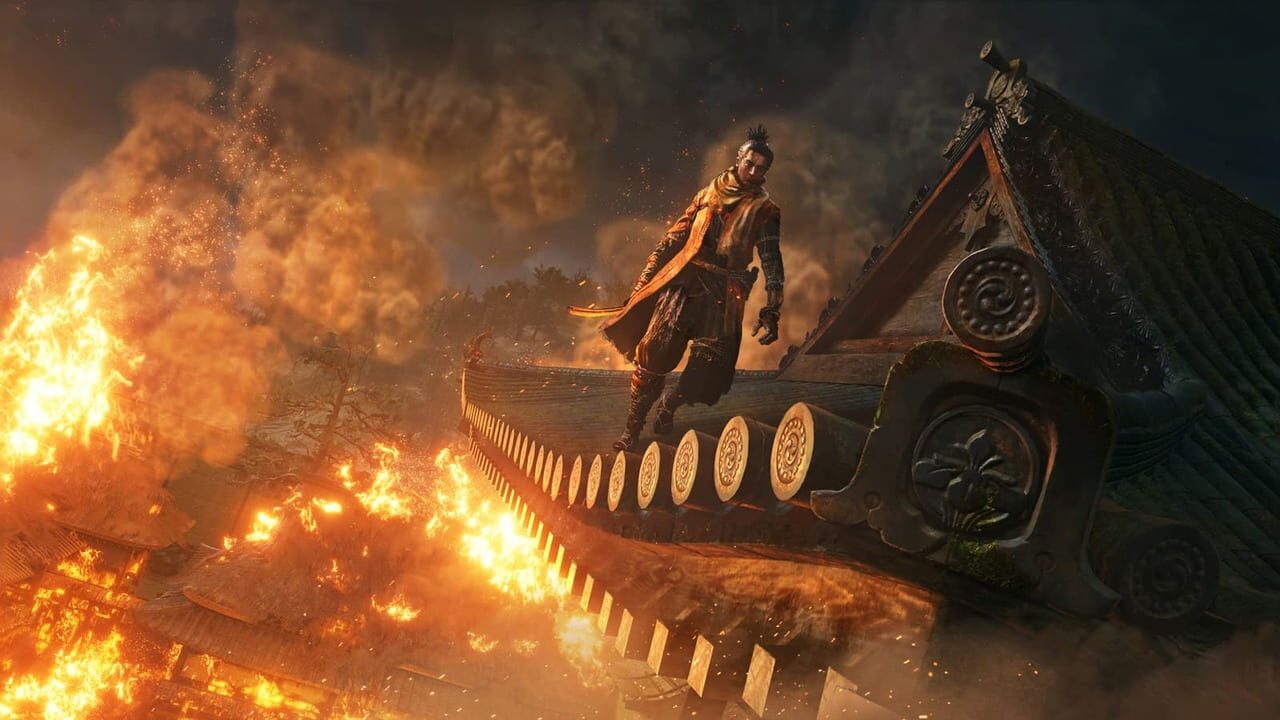 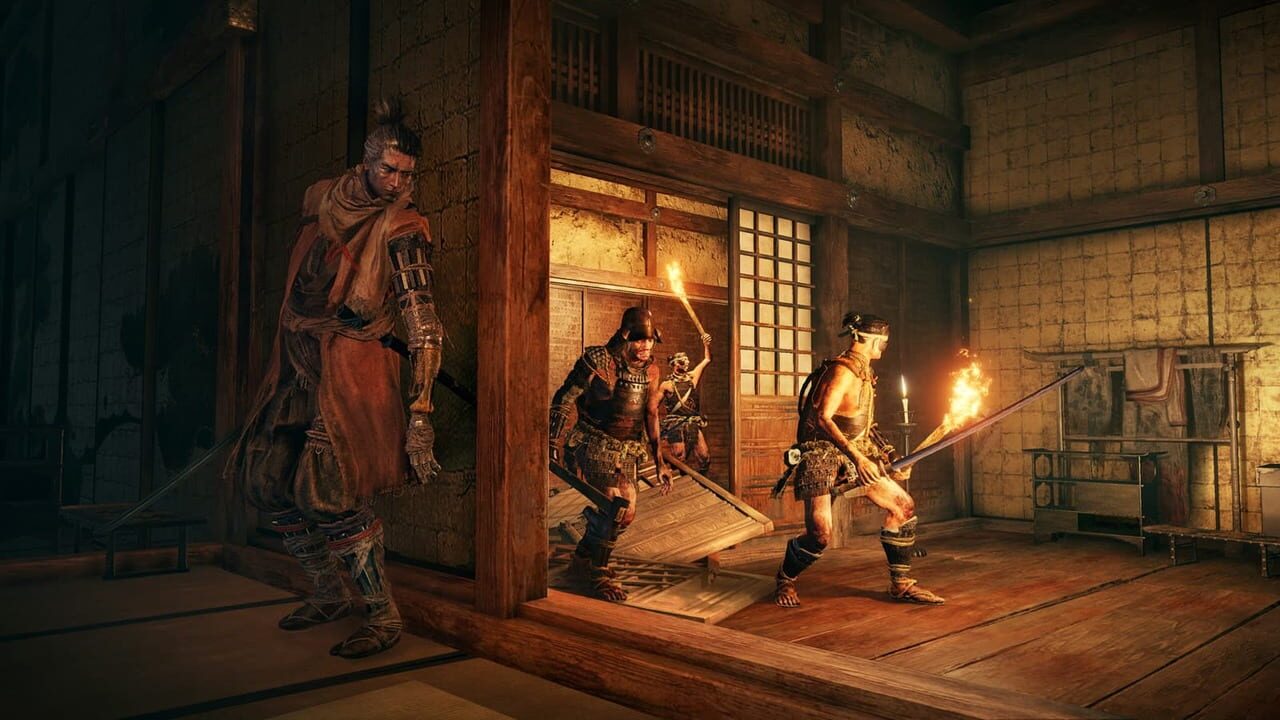 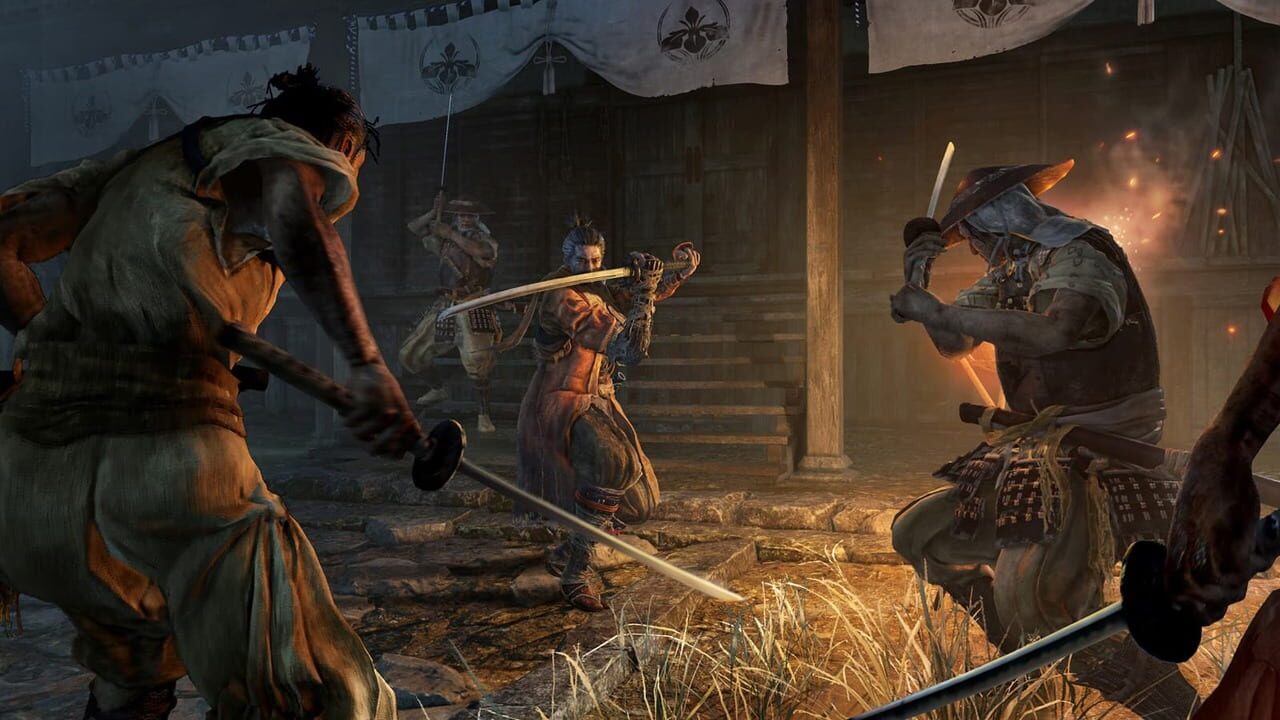 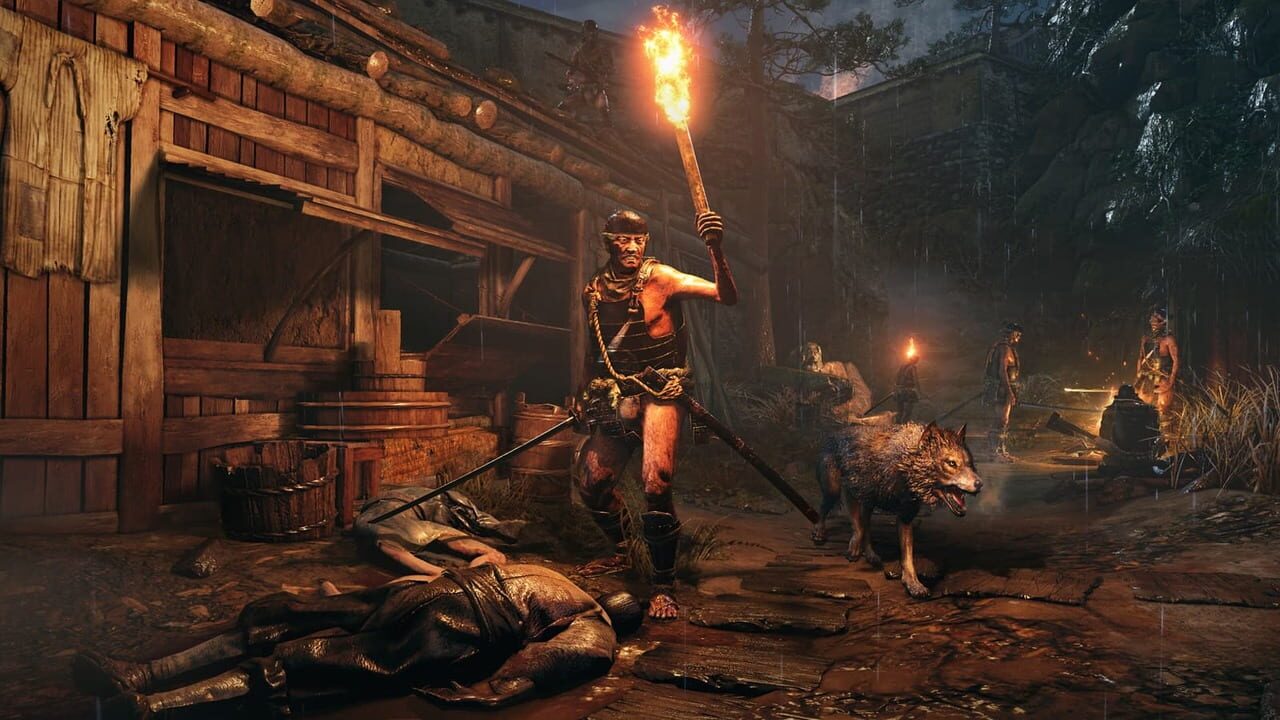 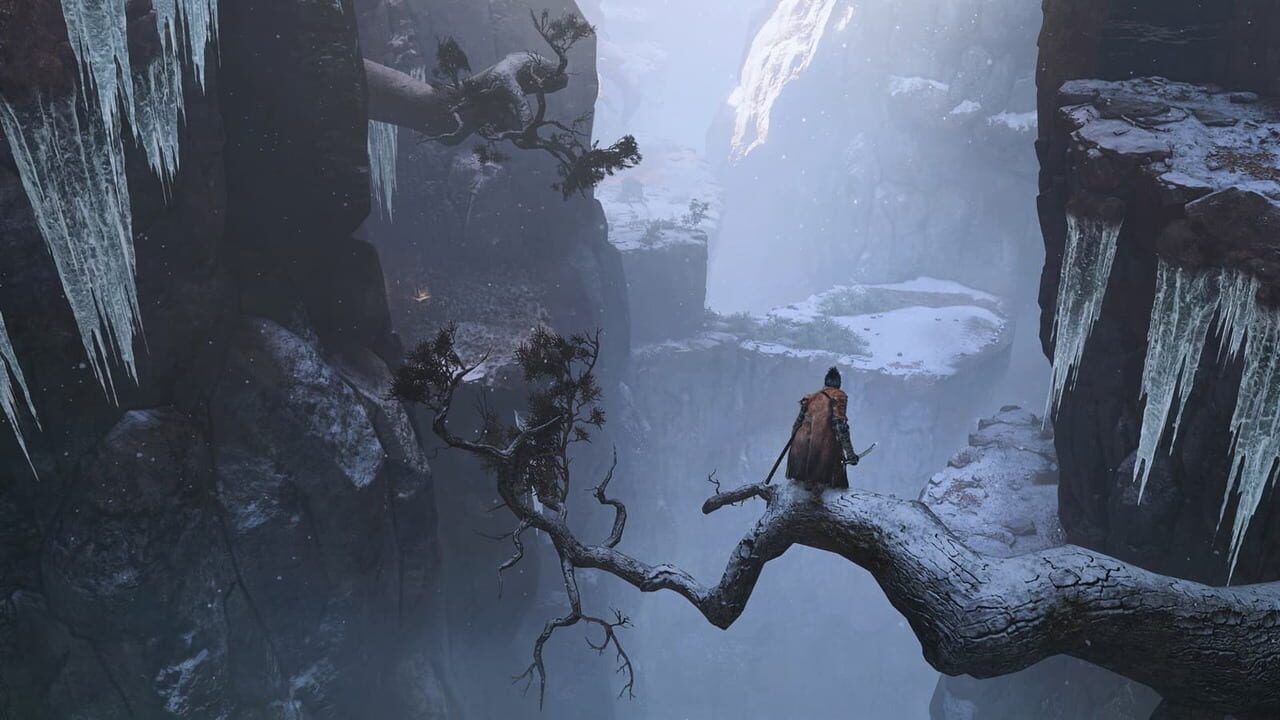 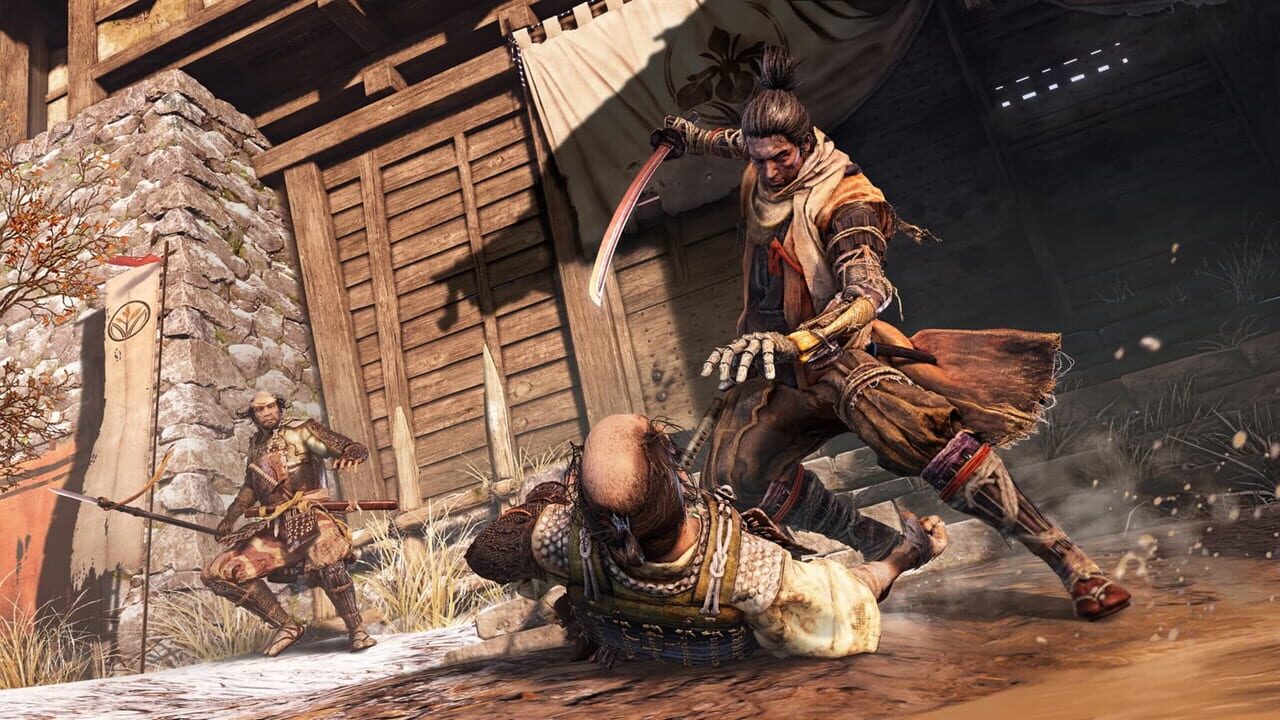 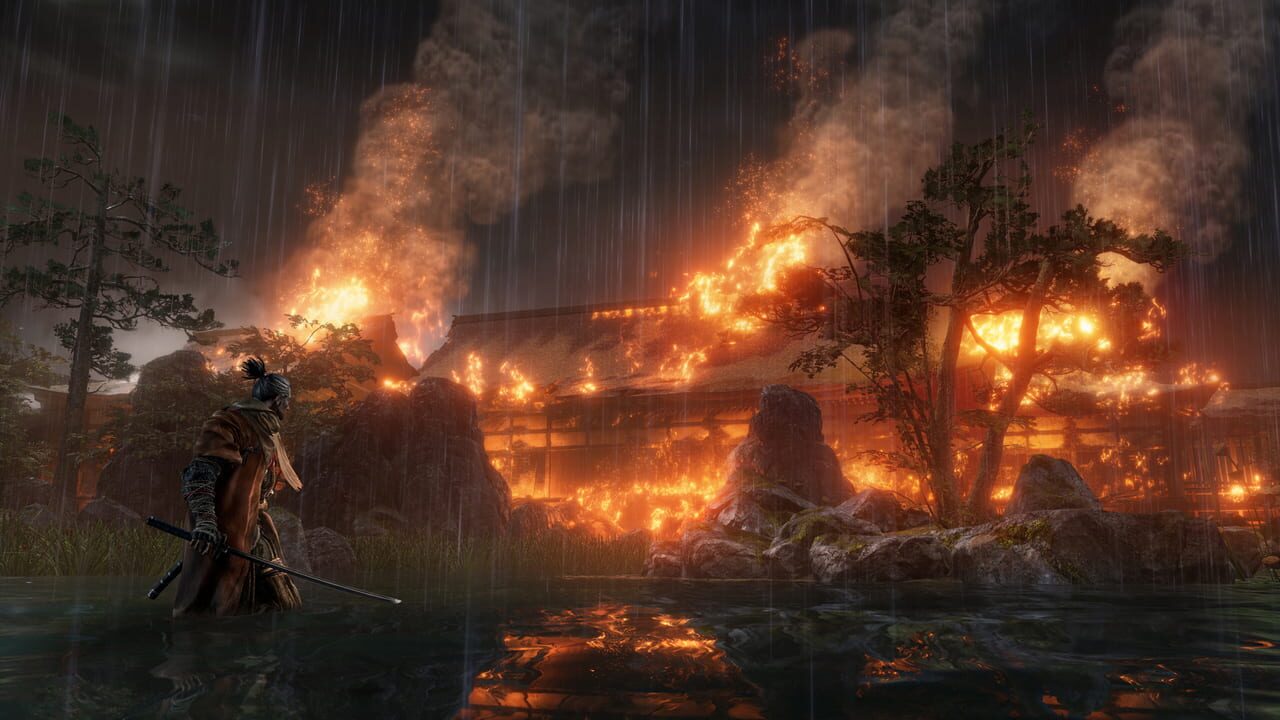 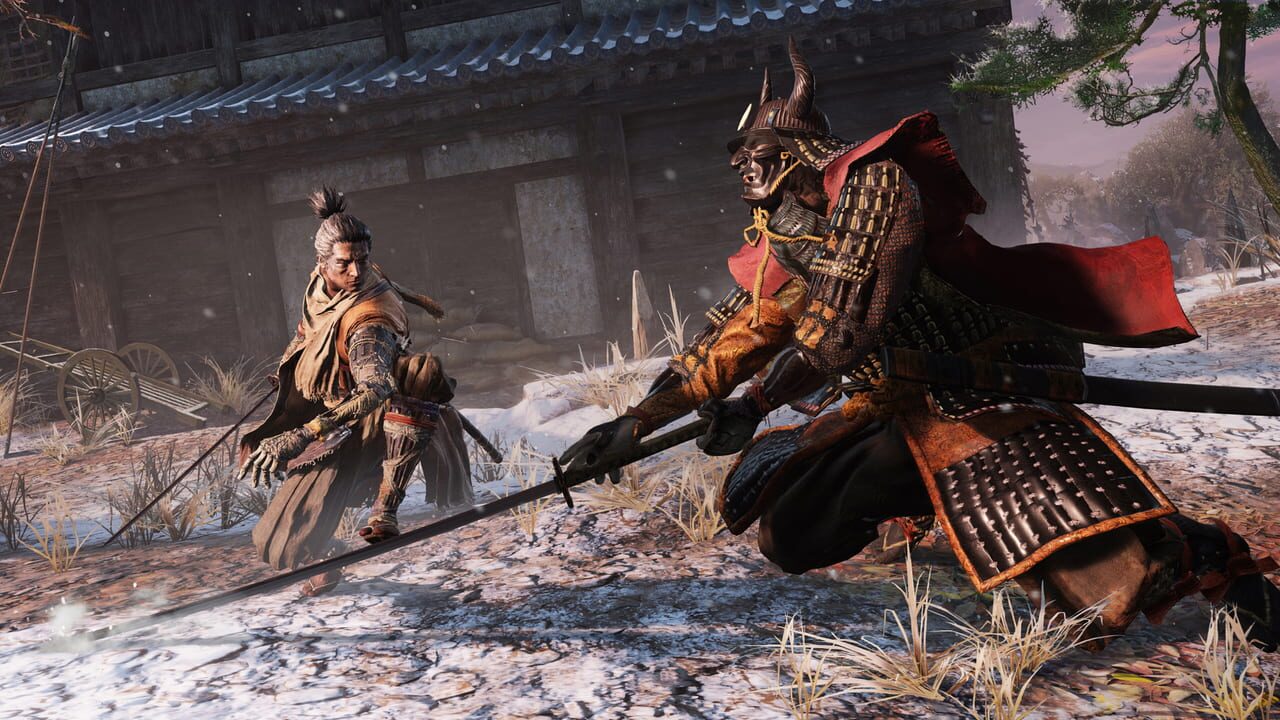 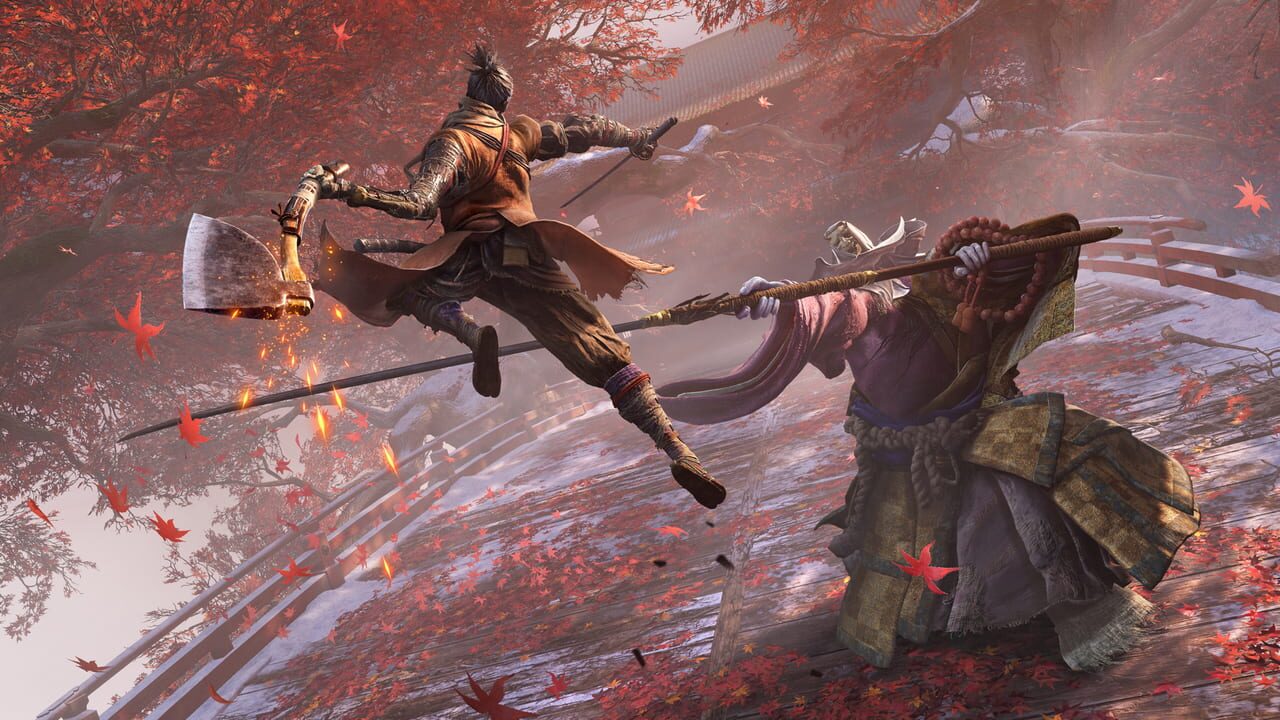 But that's not all! We also carefully prepared the best strips from Sekiro: Shadows Die Twice.

If you like Sekiro: Shadows Die Twice, but you're tired of it and want something new, you can try other games.