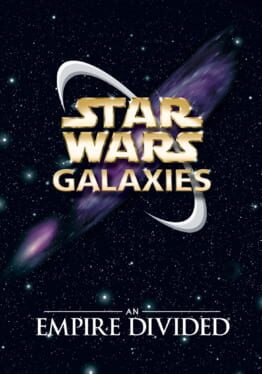 Immerse yourself in Star Wars in a way you've only dreamed! Find your place during the epic galactic struggle between good and evil, and shape your own destiny. Star Wars Galaxies is the first massively multiplayer online roleplaying game based on the Star Wars universe that lets you live the movies with thousands of other players from around the world!

A complete list of games like Star Wars Galaxies: An Empire Divided can be found at AllGame here.

Star Wars Galaxies: An Empire Divided is versatile and does not stand still, but it is never too late to start playing. The game, like many Role-playing (RPG) games has a full immersion in gaming. AllGame staff continues to play it.

Star Wars Galaxies: An Empire Divided is perfect for playing alone or with friends.

At AllGame you can find reviews on Star Wars Galaxies: An Empire Divided, gameplay videos, screenshots of the game and other Role-playing (RPG) representatives.

Date: 2021-02-04 09:12:07
The Ministry of Labor warns: no training places for Jedi Knights! Please choose a career as a smuggler, bounty hunter or stormtrooper.

While fans all over the world are waiting for the dark transformation from Anakin Skywalker to Darth Vader in the movie Episode 3, the Star Wars universe is growing and thriving in the online role-playing game Star Wars Galaxies. LucasArts and Verant (Everquest) want to do a lot better than the competition. Free choice of classes, an attractive combat system, less time spent on leveling up the characters and an economic cycle that the players control themselves. We said goodbye to everyday life for a few weeks in order to pursue a career as a rebel captain in the endurance test, to visit the cuddly Ewoks on Endor and to hang out with a cool Corellian ale in the room canteen of Mos Eisley.

What am I and what will I be?

When generating characters, you first decide on one of eight Star Wars races, including humans, Wookies or the horned Zabrak. Then you choose one of six basic professions: Craftsmen make everyday objects and weapons. Melee fighters, riflemen and scouts hunt monsters while healers heal the wounds in the background. With dance and music in the pubs, entertainers ensure that exhausted heroes can recover from the stresses and strains of an adventure while enjoying the entertainment.

Depending on the job, the online heroes increase their skills in different ways: For example, combat classes gain experience in successful skirmishes, while craftsmen get better with every piece they assemble.

After the apprenticeship, Star Wars Galaxies offers several career paths: On the one hand, there are master trades such as head chef. Its treats increase the character values of other players. On the other hand, mixed classes are available for which you need knowledge of several basic professions. So if you want to work as a bounty hunter, you have to have mastered the sniper and scout. The most popular job at the moment, however, is animal trafficking: These tame monsters like banthas or rancors and let the beasts fight for themselves.

The combat system of Star Wars Galaxies is similar to that of other online role-playing games such as Dark Age of Camelot: you click on the enemy and your hero immediately shoots or hits you. All warrior classes receive special attacks in the course of their careers, which you activate with a mouse click or keyboard. These effective special techniques can even be put into a list and then carried out one after the other. In addition to swords, staffs and axes, the weapons shelf naturally also contains the obligatory laser creaks and humming guns such as electric lamps and acid rifles. Figures and enemies have three health bars that represent the state of the head, upper body and legs. During normal attacks, you happen to hit one of the three spots. Experienced fighters shoot and hit specific parts of the body, which makes hunting in groups easier: For example, if everyone aims their legs with their laser weapons, the enemy is on the ground faster than if everyone shoots wildly. With a maximum group size of 20 players, tactics discussions are a must, otherwise chaos will break out.

Speaking of chaos: In the PvP battles between empire and rebels, there is currently no balance. A bounty hunter kills most enemies with two "eye shots" before they can even pull the trigger finger. Melee fighters have no chance against shooters, animal dealers hound a mega-powerful monster on their enemies and can comfortably watch their pet dismantle the target.

I do it for money!

While other online worlds become a shopping paradise through NPC dealers, Galaxies relies solely on an economic system controlled by players. So far, this has turned out to be a dubious decision, since weapons, raw materials and all other items are only bought and sold by players. Vendors place the economic goods on a virtual marketplace and only receive money when another player buys the goods - that can take days. If online heroes want to quickly turn a few looted items into credits, they are out of luck. (GV)

We gathered the finest game reviews for you to have a better idea of the Star Wars Galaxies: An Empire Divided

Screenshots will help you evaluate the graphics and gameplay of Star Wars Galaxies: An Empire Divided. 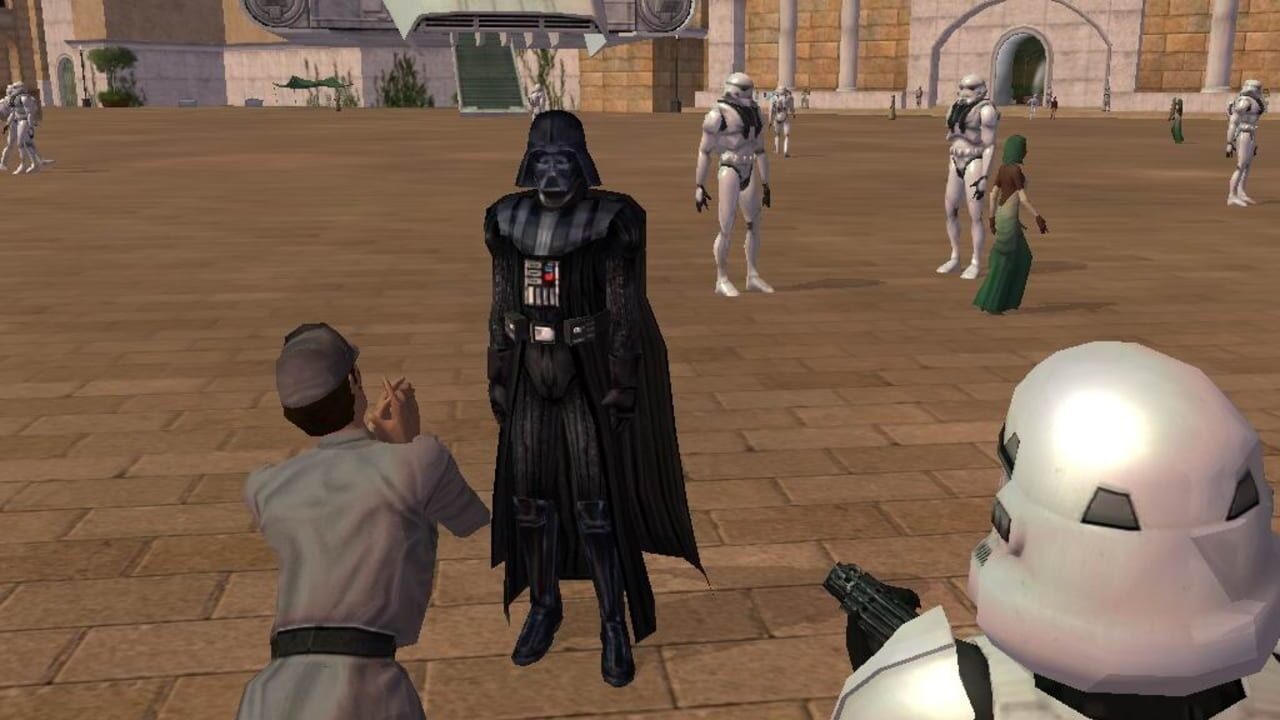 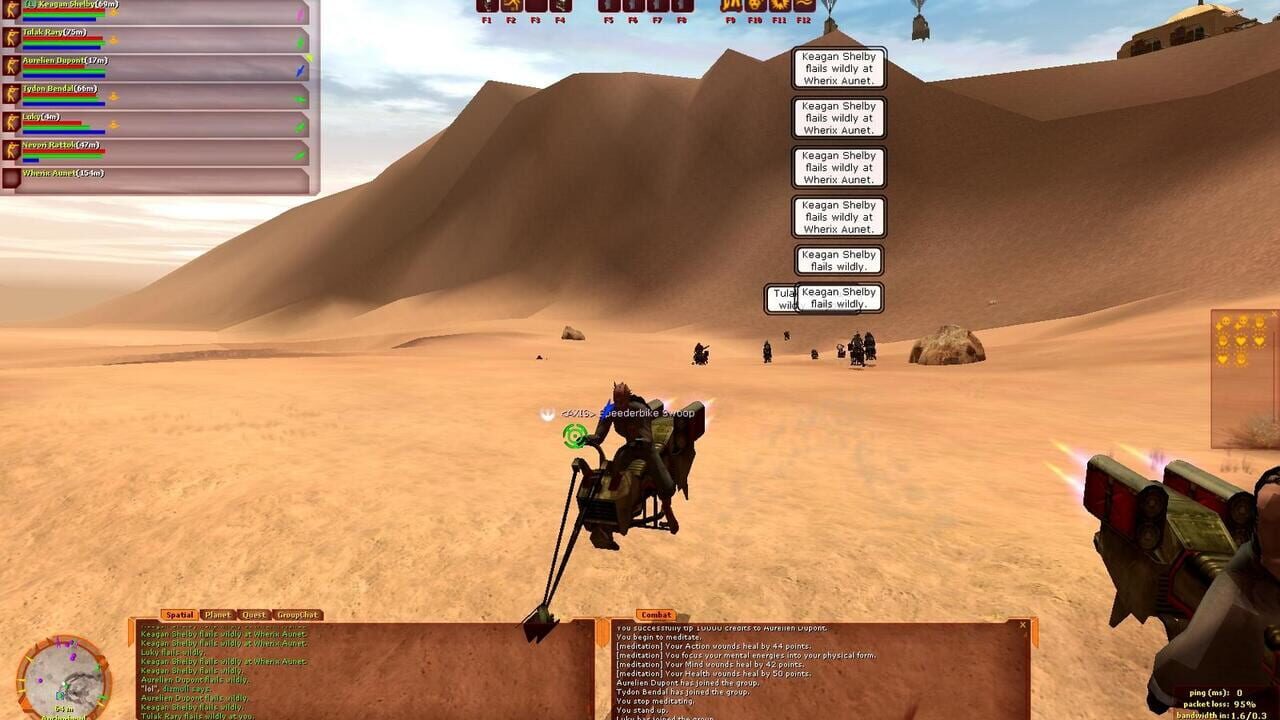 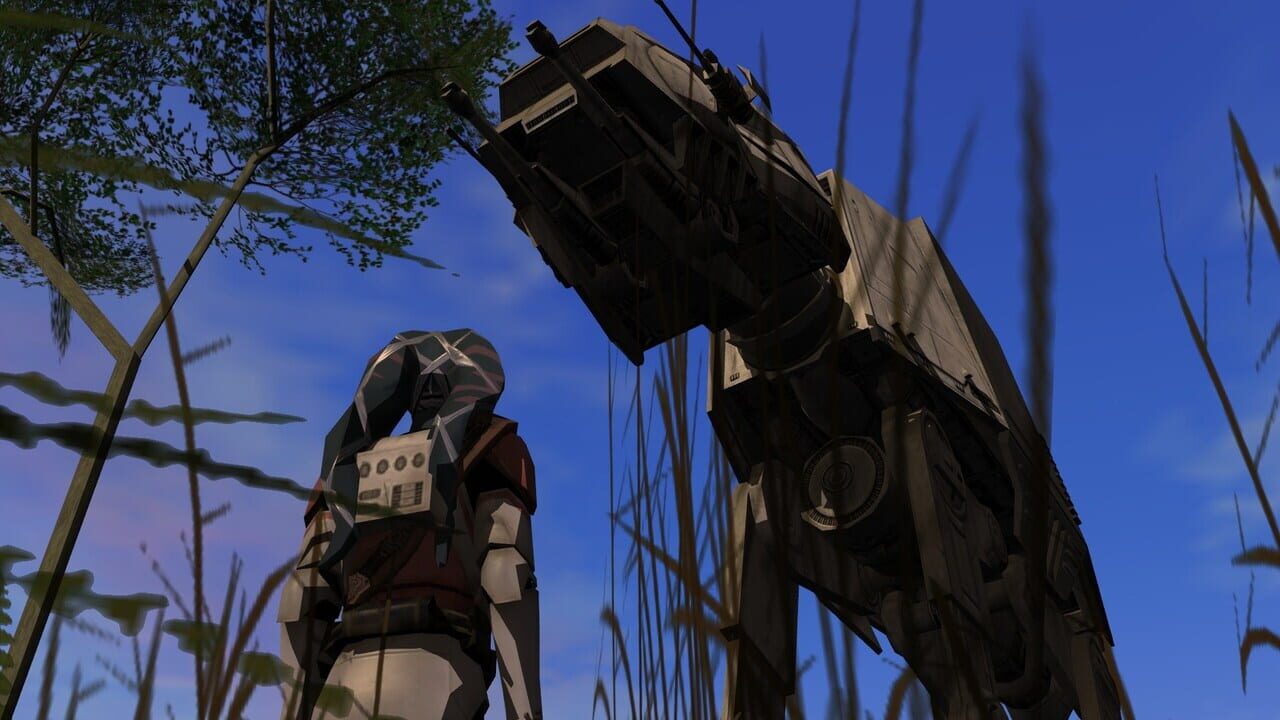 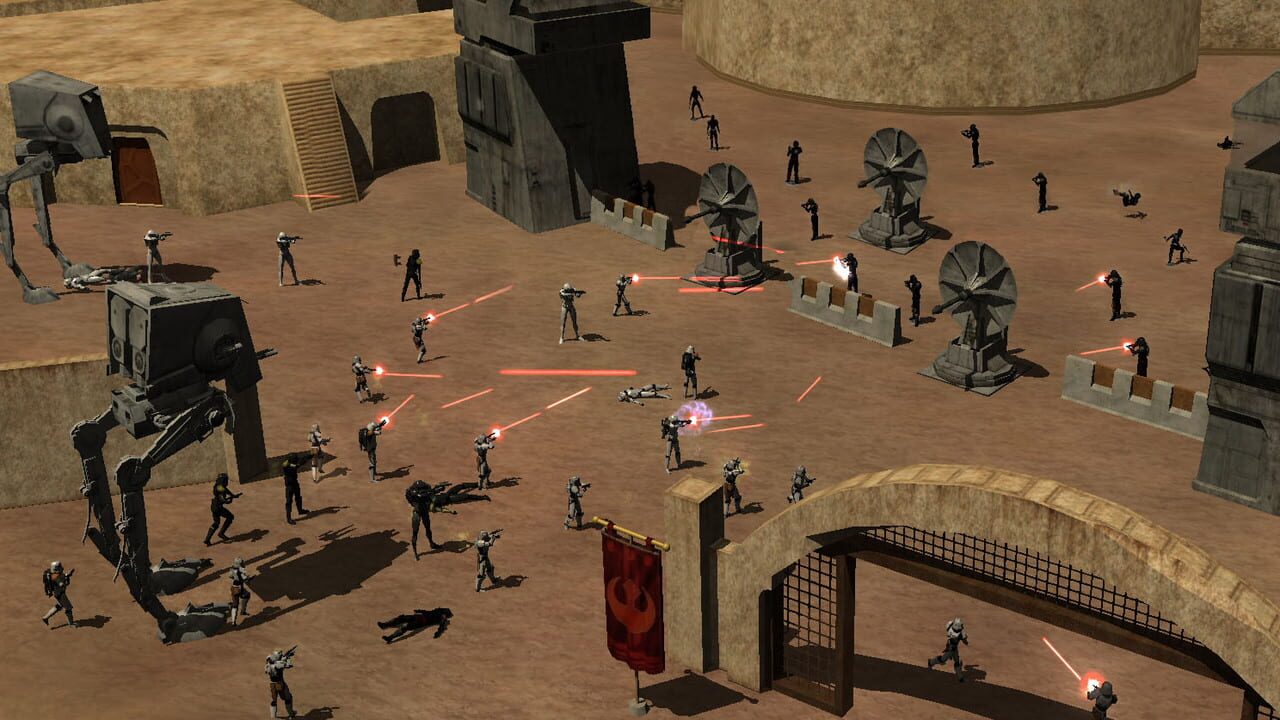 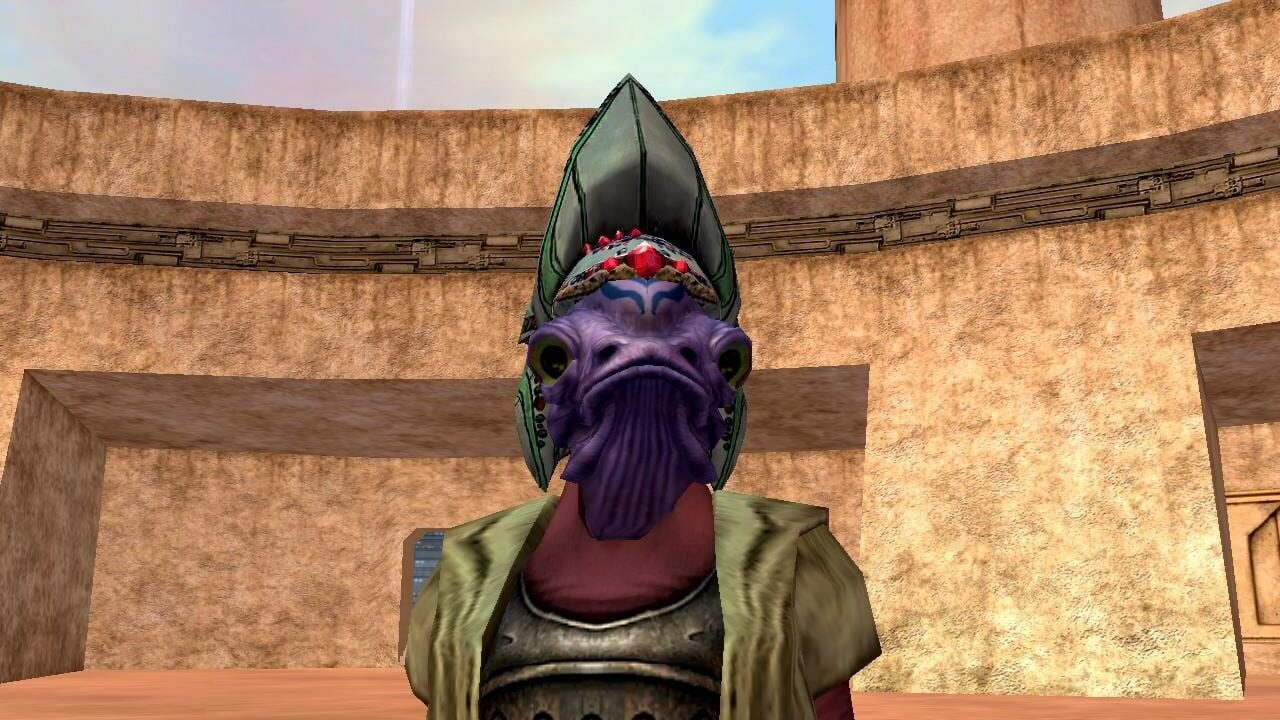 If screenshots are not enough, you can enjoy creative videos from LucasArts

If you like Star Wars Galaxies: An Empire Divided, but you're tired of it and want something new, you can try other games.