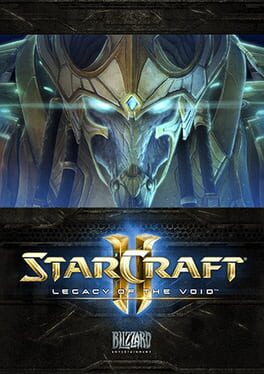 StarCraft II: Legacy of the Void

You are Hierarch Artanis, leader of the mighty protoss race. Years ago, your homeworld of Aiur fell to the merciless zerg Swarm. Now, at long last, you have raised a powerful fleet of warships known as the Golden Armada, and are poised to reclaim your world. But an ancient evil—Amon—threatens this destiny and the fate of the entire galaxy. Only you can reunite the protoss factions and defeat the coming darkness before it consumes all life in the sector.

About StarCraft II: Legacy of the Void

In addition to StarCraft II: Legacy of the Void, the representatives of Real Time Strategy (RTS) games also belong:

A complete list of games like StarCraft II: Legacy of the Void can be found at AllGame here.

StarCraft II: Legacy of the Void is versatile and does not stand still, but it is never too late to start playing. The game, like many Real Time Strategy (RTS) games has a full immersion in gaming. AllGame staff continues to play it.

StarCraft II: Legacy of the Void is perfect for playing alone or with friends.

At AllGame you can find reviews on StarCraft II: Legacy of the Void, gameplay videos, screenshots of the game and other Real Time Strategy (RTS) representatives.

Author: José Manuel Bringas
Date: 2020-07-30 21:48:39
StarCraft 2: Legacy of the Void is the culmination of a long, long journey that Blizzard took over five years ago. When the studio decided that it would divide StarCraft 2 into three parts, many thought that it would be a main game with two expansions, but nothing could be further from the truth. Wings of Liberty, Heart of Swarm and Legacy of Void comprise a trilogy with all of the law, three games that are part of the same story, told from three different prisms, but each with its own entity, news and expanding the story and the gameplay of its predecessors.

Wings of Liberty focused on the Terran race, with James Raynor as the protagonist. Despite recounting Raynor's vicissitudes against Emperor Mengsk and the fight against the Zerg and some protoss factions, it was at bottom a personal story, the quest for the redemption of Kerrigan's soul and body, the Queen of Swords. In Heart of Swarm we assumed control of the antiheroine and put ourselves in command of the Swarm, controlled the zerg, and began to realize that the StarCraft 2 story was something much bigger. Some of the things that were introduced in Wings of LIberty began to make sense , the characters stopped being black and white and began to move through the gray scale and you guessed an epic background, but that was unfinished.

However, in this second game what we lived through was an interior story, of self-knowledge, in which Kerrigan has to assume who he is and make really complicated decisions. In a much more psychological game and, ultimately, the love story between Raynor and Kerrigan naturally continued, he talked about topics like revenge and power and helped us see the zerg from a much closer point of view , endowing certain elements of the Swarm with personality, putting faces on its most iconic characters, such as Zagara or Abathur. The zerg stopped being the enemy and were equated to the rest of StarCraft races.

Third, we have StarCraft 2: Legacy of the Void, the finishing touch. While you play you can not help but have a feeling of farewell, which Blizzard confirms by closing the dots and explaining all the elements of the story, both from the previous installments of StarCraft 2 and those that were raised in the first StarCraft. The undisputed protagonists of this third part are the protoss, the race of aliens who base their technology on crystals and invocations, who share a unique mystical bond between them (the khala) and who are dominated by tradition and the division of their own race.

StarCraft 2: Legacy of the Void is a much deeper game than its predecessors , dealing with topics such as tradition, religion and the survival of a people who are doomed to change. Blizzard shakes the protoss culture to the ground, turns all its beliefs upside down and unleashes a series of events that make StarCraft 2 a special epic, full of epic, great speeches and equally great sacrifices. It is an emotional game, which grows at times, divinely well told and which strives to keep the player glued to the seat until it is finished.

It's rare to start by talking so long and long about the history of StarCraft 2: Legacy of the Void, a game in a saga that has always been focused on gameplay, multiplayer and the balance between the three factions. We could talk about the new units (few), the cooperative game mode and the balance between the units. Blizzad poses outstanding situations and confrontations , but it must be recognized that it is very delicate to touch an ecosystem like that of StarCraft and that no significant changes have been made. Yes, we should highlight a couple of game modes and some variants in campaign mode, but we will leave it for a tad later.

If we are putting so much emphasis on the story and the characters, it is because it is, without a doubt, the most outstanding aspect of StarCraft 2: Legacy of the Void. The protoss and their mysticism are perfect to give more depth to the story and allow us to touch on somewhat more brainy topics, although at no time are we going to find long philosophical dissertations. Already from the first missions we realize that Legacy of the Void is different, that it is saying goodbye to the player, who wants to close a cycle. As we get closer to the end of the game, when the pieces are finished fitting and we have overcome the presentations, this becomes even more evident.

StarCraft 2: Legacy of the Void is an epic game. It is the fight of good against evil, the fight against Amon and his offspring of zerg and protoss hybrids. It is the fight for the survival of the universe . The conflict between the three races has to end, since now there is a common enemy to all creation. The person in charge of structuring the whole history is the hierarch Artanis, the leader of his people, who is forced to put aside the deepest traditions of his people and refound it, look for new beliefs and rites in the name of survival.

We gathered the finest game reviews for you to have a better idea of the StarCraft II: Legacy of the Void

Screenshots will help you evaluate the graphics and gameplay of StarCraft II: Legacy of the Void. 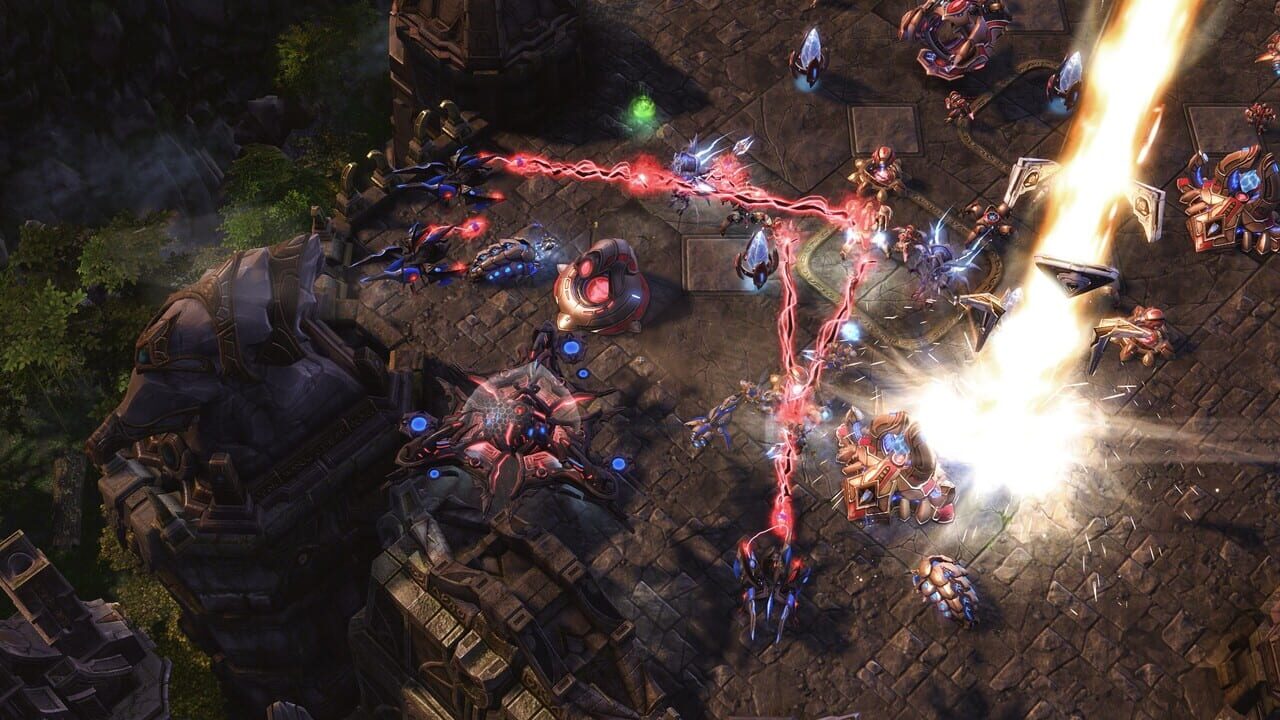 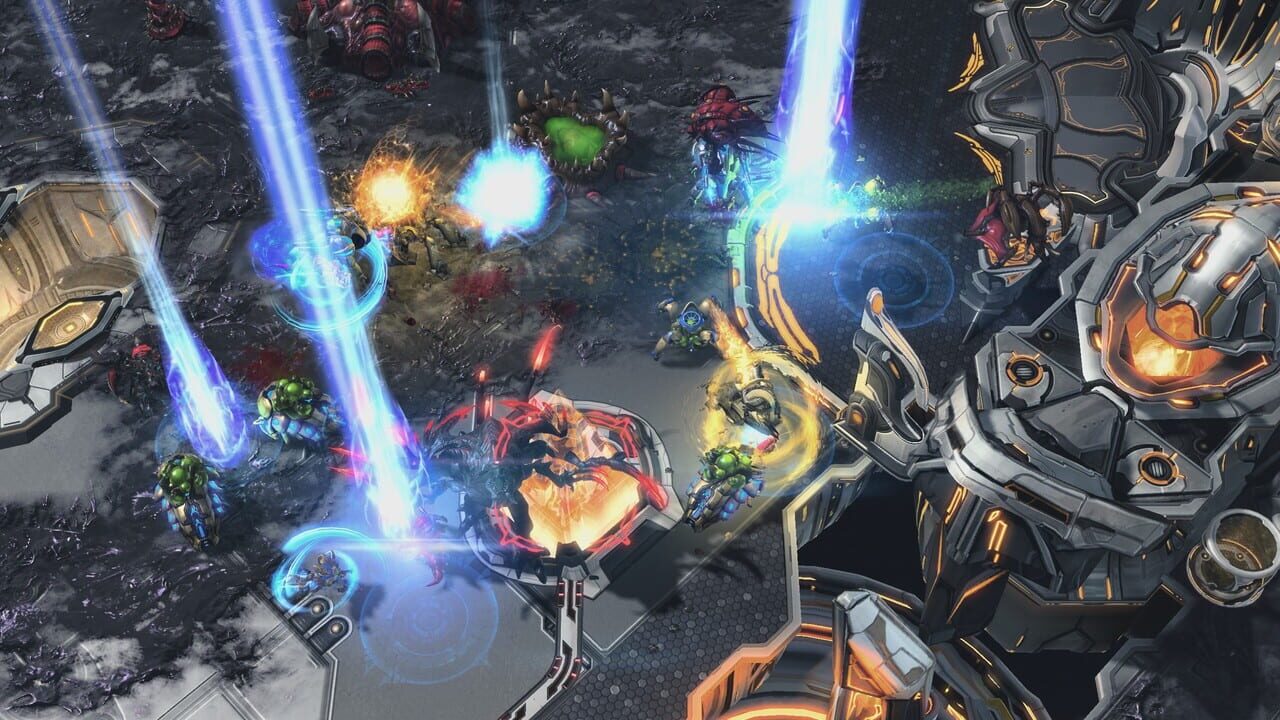 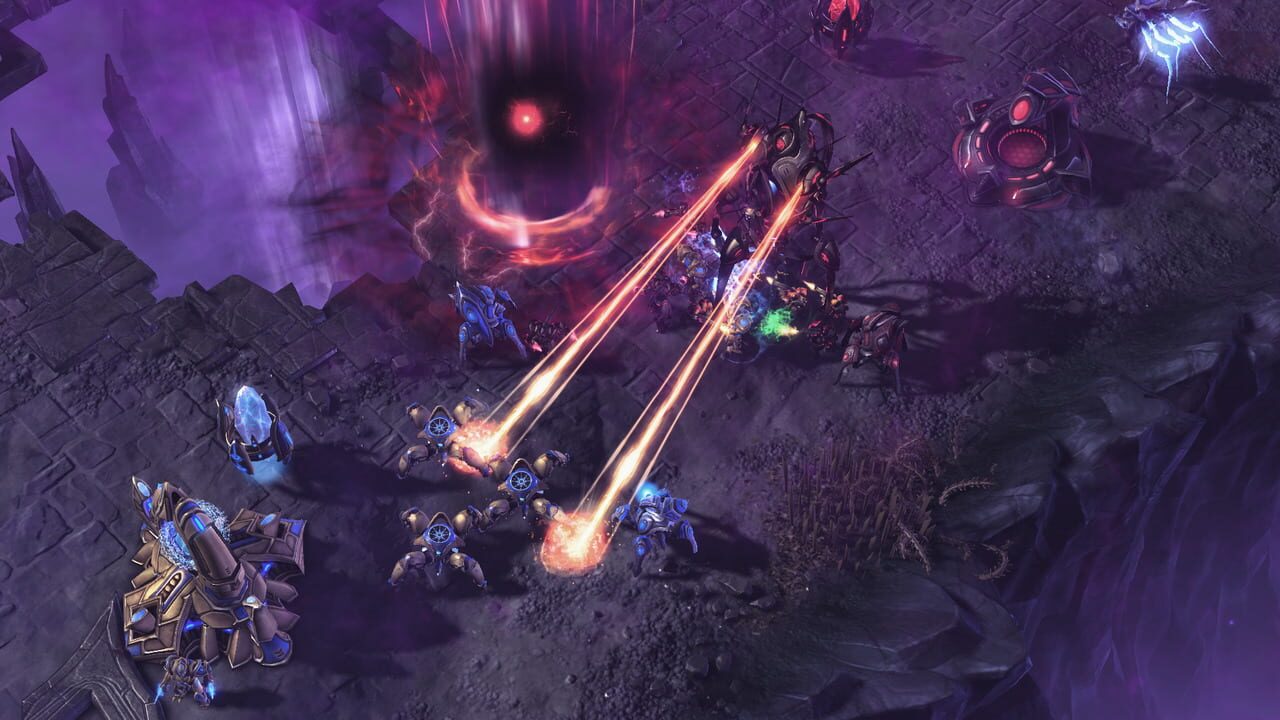 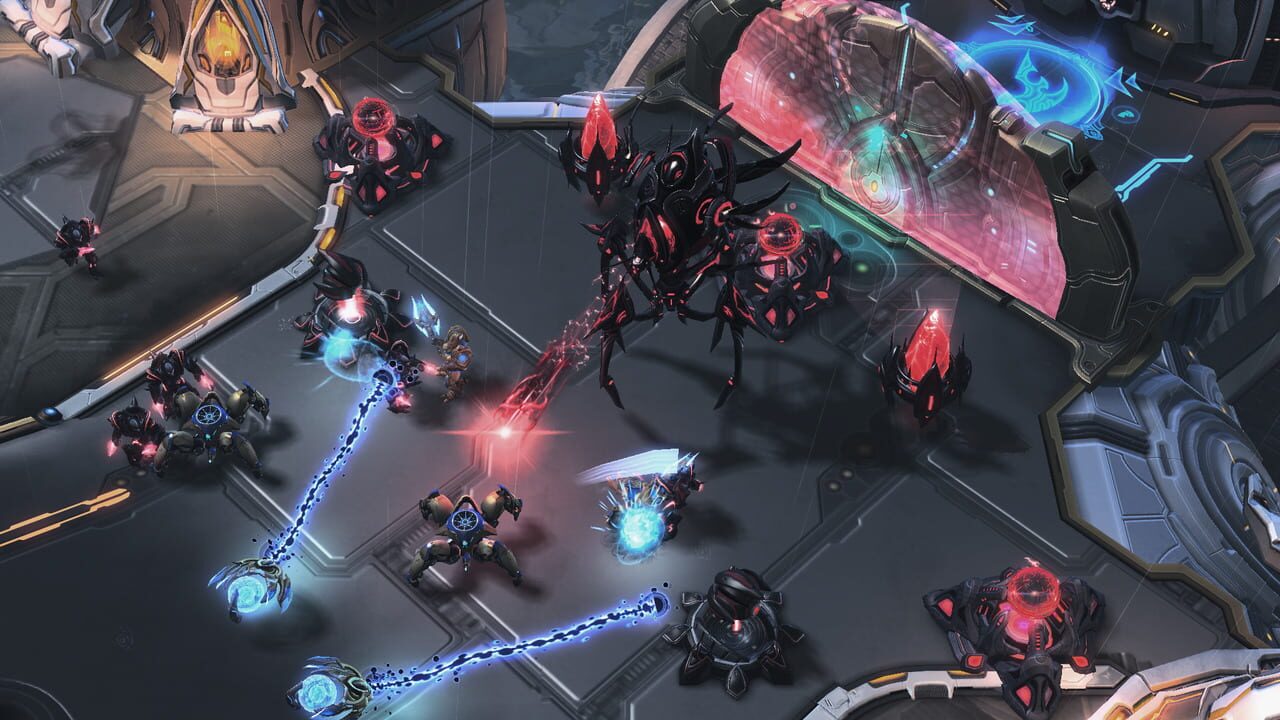 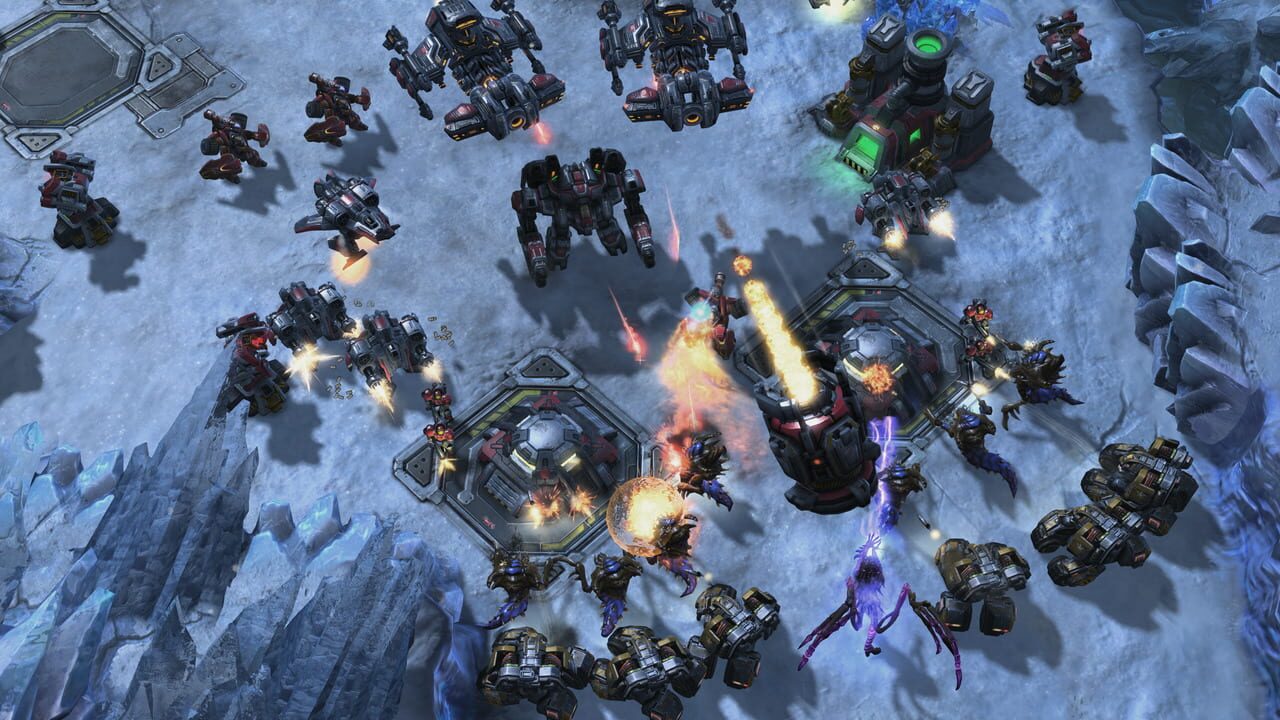 But that's not all! We also carefully prepared the best strips from StarCraft II: Legacy of the Void.

If you like StarCraft II: Legacy of the Void, but you're tired of it and want something new, you can try other games.