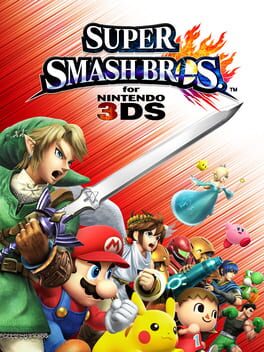 Super Smash Bros. for Nintendo 3DS is the first portable entry in the renowned series, in which game worlds collide. Up to four players battle each other locally or online using some of Nintendo’s most well-known and iconic characters across beautifully designed stages inspired by classic portable Nintendo games. It’s a genuine, massive Super Smash Bros. experience that’s available to play on the go, anytime, anywhere.

In addition to Super Smash Bros. for Nintendo 3DS, the representatives of Fighting games also belong:

A complete list of games like Super Smash Bros. for Nintendo 3DS can be found at AllGame here.

Super Smash Bros. for Nintendo 3DS is versatile and does not stand still, but it is never too late to start playing. The game, like many Fighting games has a full immersion in gaming. AllGame staff continues to play it.

Super Smash Bros. for Nintendo 3DS is perfect for playing alone or with friends.

At AllGame you can find reviews on Super Smash Bros. for Nintendo 3DS, gameplay videos, screenshots of the game and other Fighting representatives.

Author: José Manuel Bringas
Date: 2020-07-30 23:24:10
Super Smash Bros 3DS is here! It has been a long wait since his announcement, riddled with interest and uncertainty. We can not forget that the Smash saga has always been linked to Nintendo desktop consoles and that now, for the first time, it is portable. Furthermore, there is much more interest than usual because it comes out just a few weeks before Super Smash Bros Wii U, so it will be inevitable to make comparisons, soon absurd, but inevitable due to its proximity to the calendar.

Therefore, here we are, starting the fall season with a title that has a lot to prove and that represents the return of one of the most important sagas for Nintendo. It was practically impossible to imagine that the first Smash Bros game, released for the Nintendo 64 in 1999, would be the start of one of the most played fighting sagas in the world, with a huge community of professional players who endowed this peculiar title. a depth that collides diametrically with its casual appearance , which leads one to believe that it is a game for the little ones in the house. Ha!

It only takes a few minutes with Super Smash Bros 3DS to realize that, in essence, it is still the same game, only a substantial part of the packaging has changed. This is where Masashiro Sakurai's hands (we will call them Crazy and Master Hand) and his gift to create huge amounts of new content in each new game he brings out already enter. The spoiled child of Nintendo does not touch the skeleton, but he has developed for the occasion new game modes, unlockable elements, achievements and, for the first time, the possibility of customizing fighters in depth, changing skills and powers, no just empowering your basic stats with stickers.

The simple fact of being able to modify the parameters of the fighter was not enough and now we have a much more complete character editor , total if we talk about the case of the Mii. Now you can choose several custom smash movements (in the case of the default fighters, they are movements that will have to be unlocked very little by little) and you will also have to choose the objects with which you equip them, because apart from increasing and decreasing their strength , defense or speed, there are some that provide powers. For example, we can get a Power Snap that makes our Smash attacks take longer to load, but does 1.3 times more damage; or also some Agility Boots that make us run faster.

In the end, the game mode par excellence of this Super Smash Bros 3DS, the one that most of the players will exploit, will be the endless pachangas with friends, either online or by local multiplayer, each with their console. And the first of the problems of this game is presented, since, despite the patch of the first day that will be available and that improves stability, I have encountered several lag problems in the games, sometimes making them unplayable. I have also noticed that the speed of the combats was reduced quite a bit, as if the game had a hard time having four players. Not even the local mode is free of these problems, so here we can find ourselves facing a serious problem for Nintendo. Recall that Brawl also had many incidents with lag and that it weighed down the game in its online aspect, but it supplied it with an impeccable local game, something that this Super Smash Bros 3DS lacks. Time will tell if they are transient issues that can be fixed with more future patches.

But to play online it is necessary to prepare and unlock content, new fighters, objects, costumes, trophies, scenarios ... In short, take a walk through the huge multitude of game modes and options that this title has. Here is the hallmark of Sakurai, since his games are full of details, thousands of them, and you can spend months playing and discovering new things. There are fighters that must be unlocked, although the initial squad is extraordinarily extensive ; there are many hidden scenes, some of them absolutely great; of course, there are all the trophies, a true classic of the saga, which only have a decorative purpose ...

But we also have the most useful items, such as costumes and hats to customize our MIi or the much more useful special abilities for fighters with which we can alter their smash attacks and, of course, objects that alter basic stats and give us more powers. All these objects are appearing around, in the middle of the scenarios, in exchange for goldones (the currency of the game), playing Treasure Hunter or achieving achievements. It is impossible to determine their number, but we could be talking about more than 1,000 unlockables easily. There are many hours of play there.

We gathered the finest game reviews for you to have a better idea of the Super Smash Bros. for Nintendo 3DS

Screenshots will help you evaluate the graphics and gameplay of Super Smash Bros. for Nintendo 3DS. 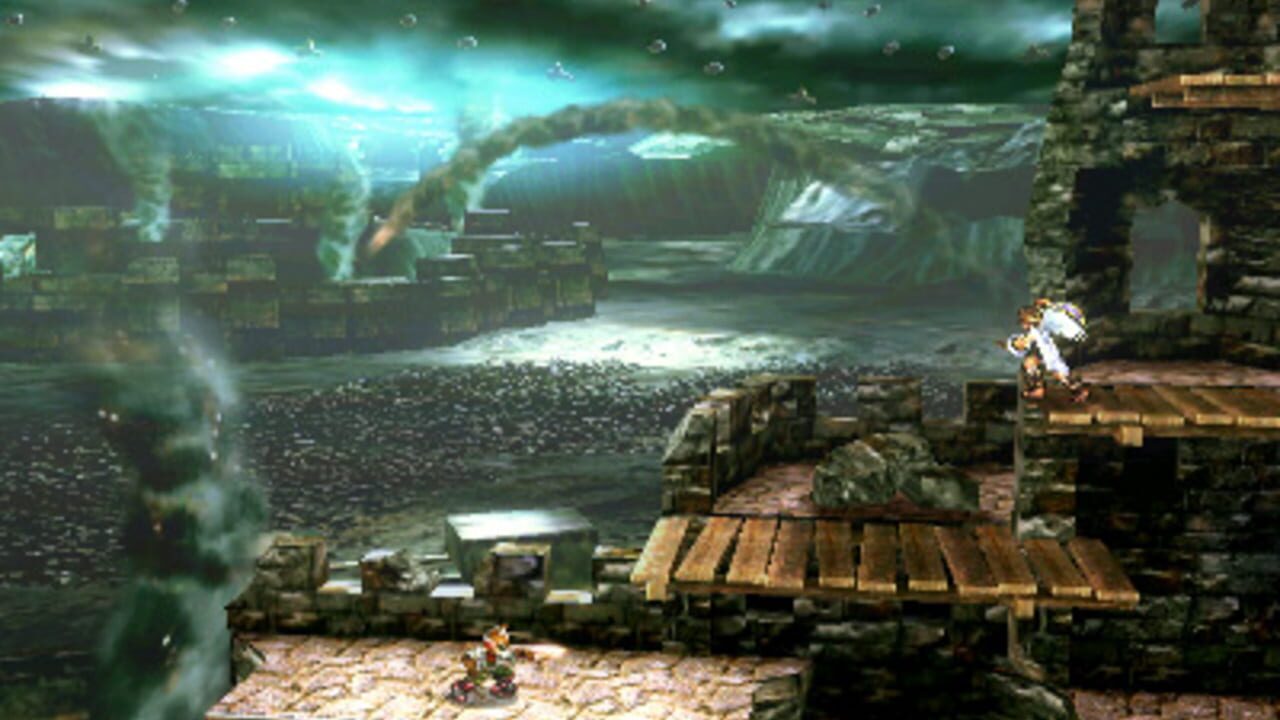 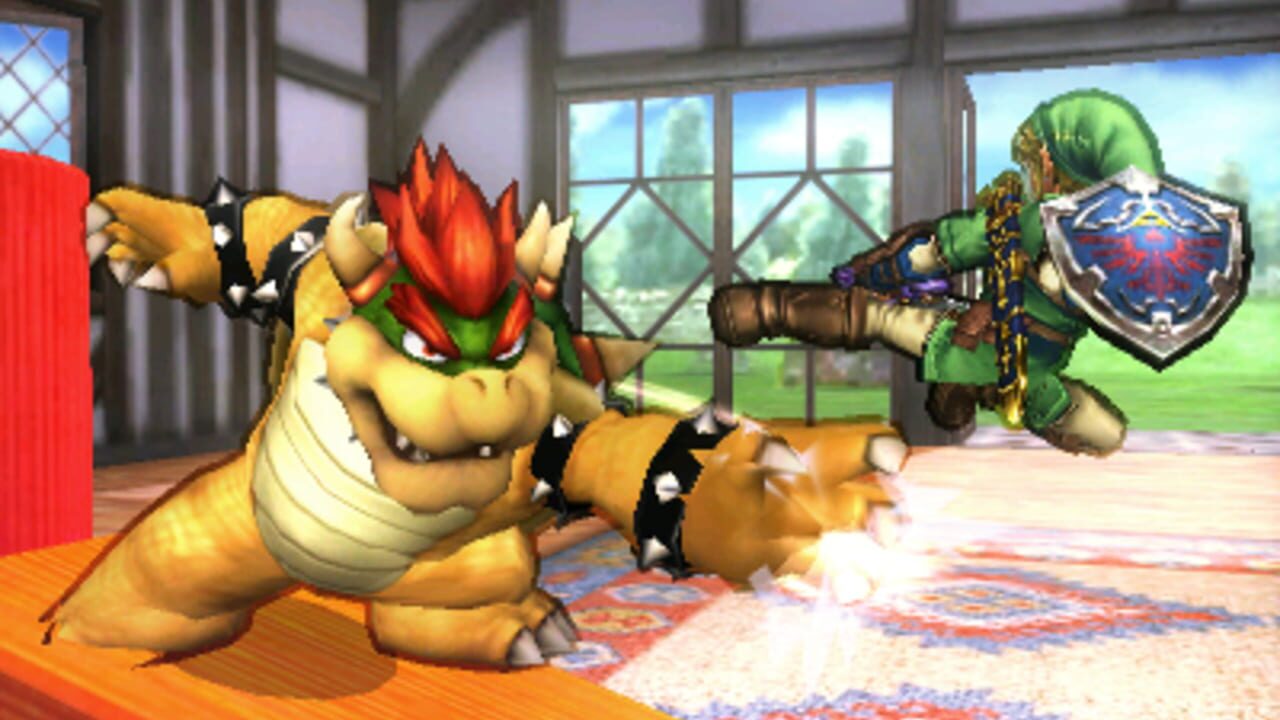 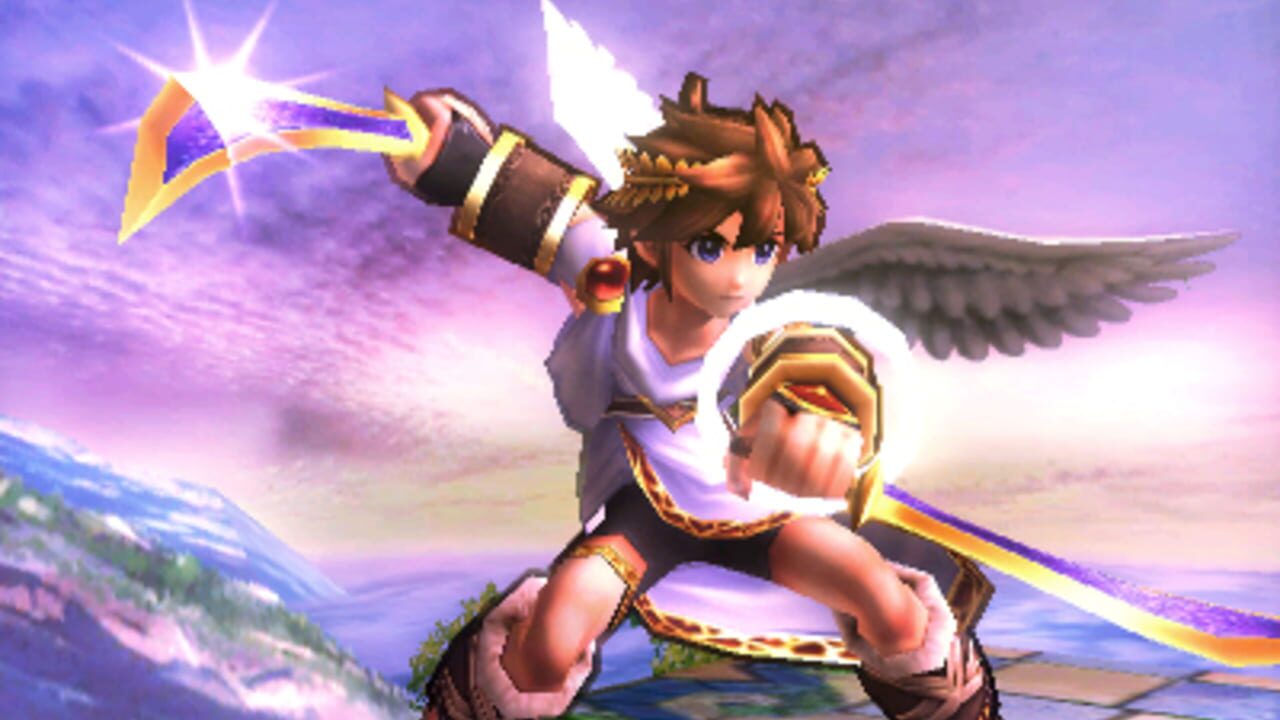 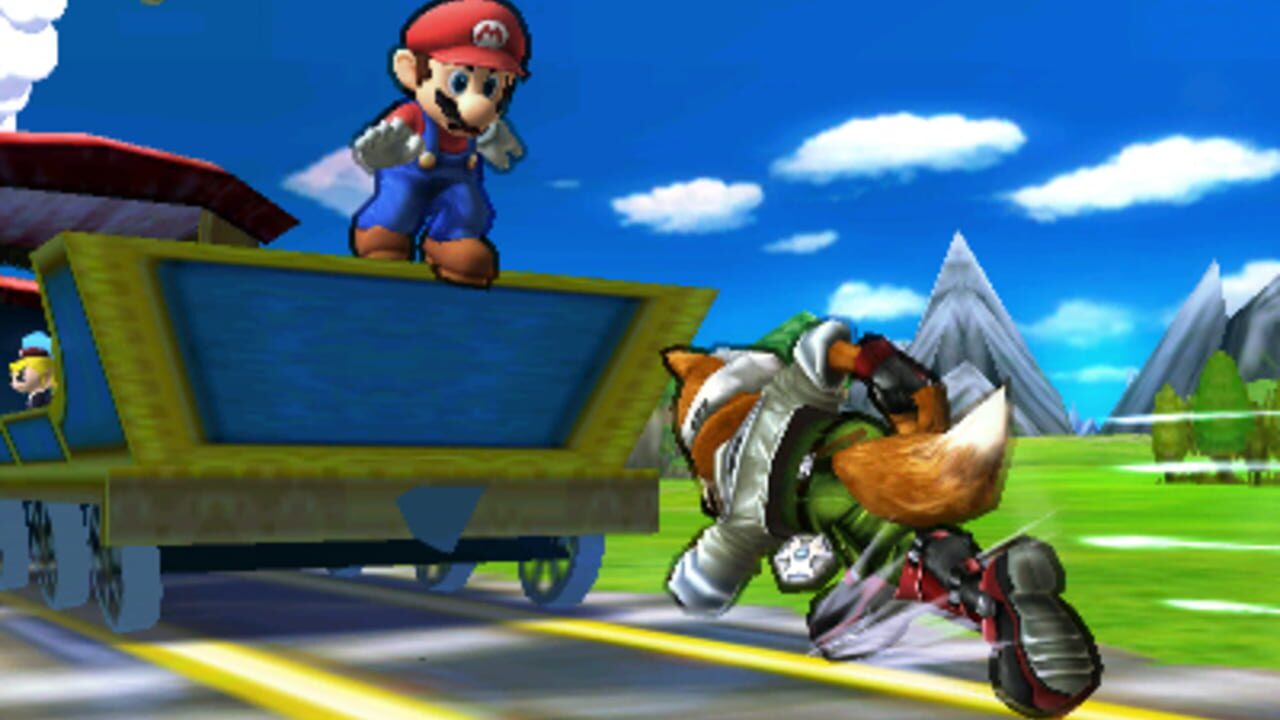 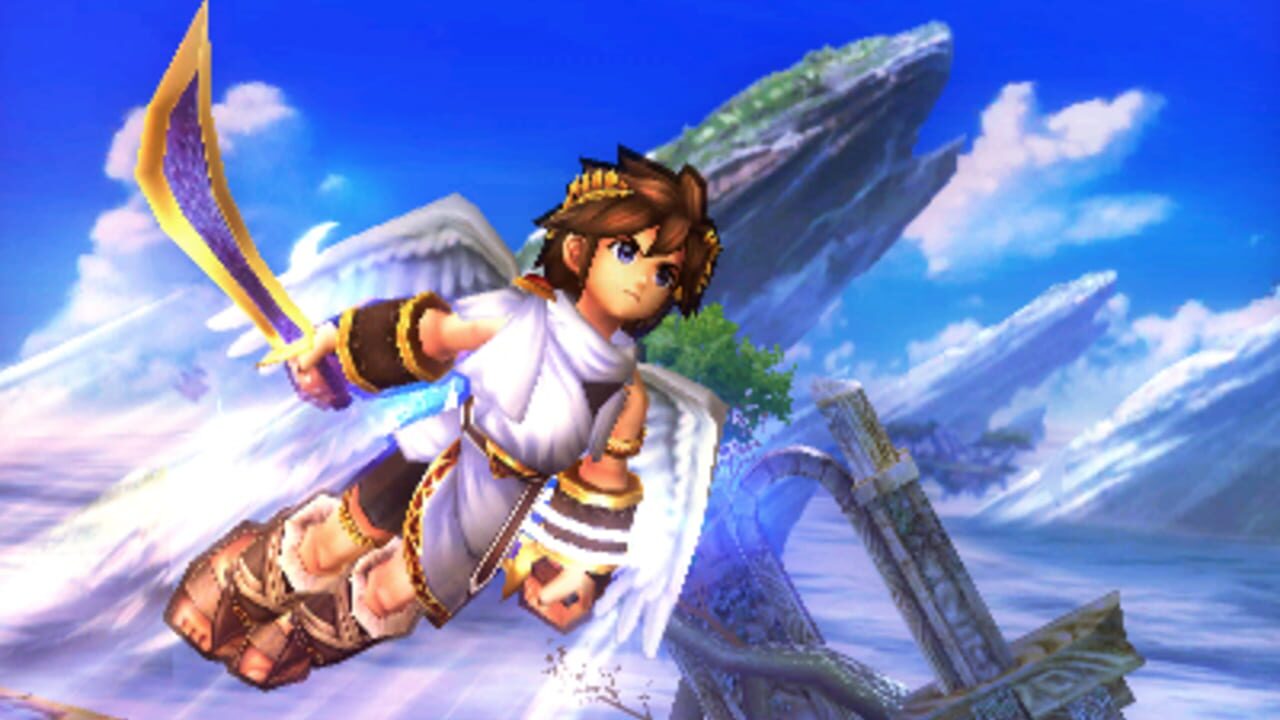 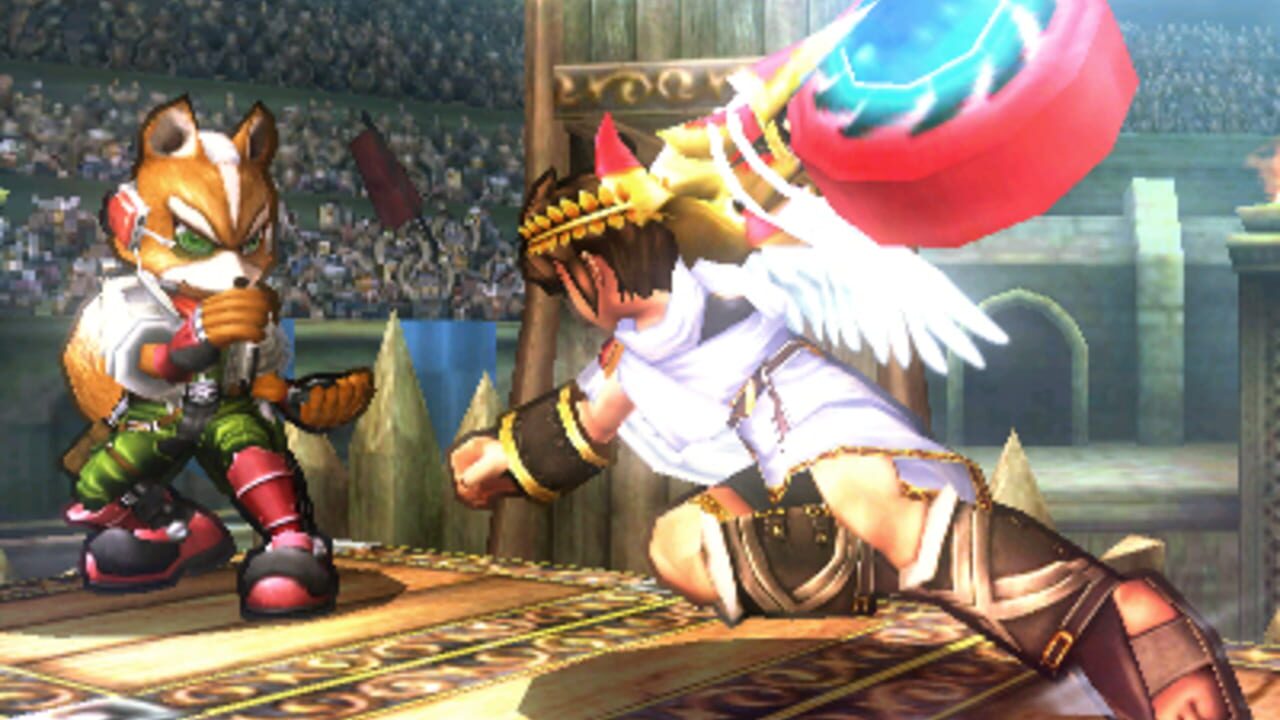 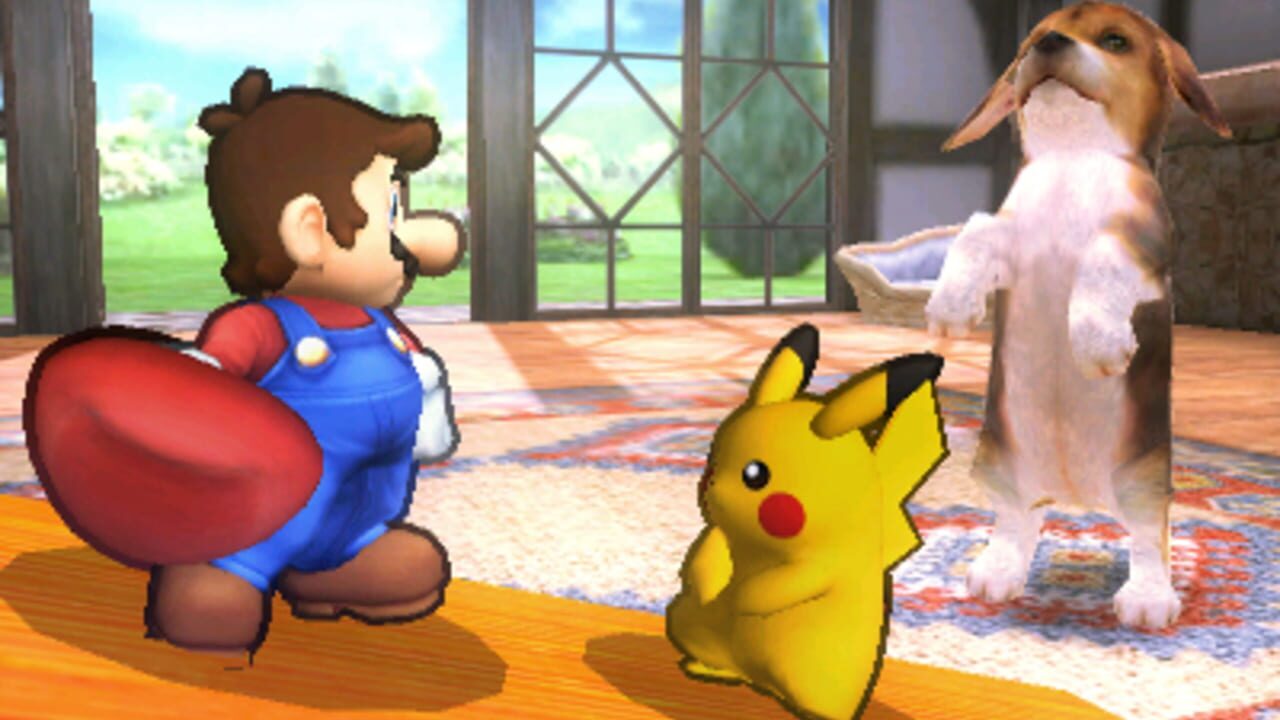 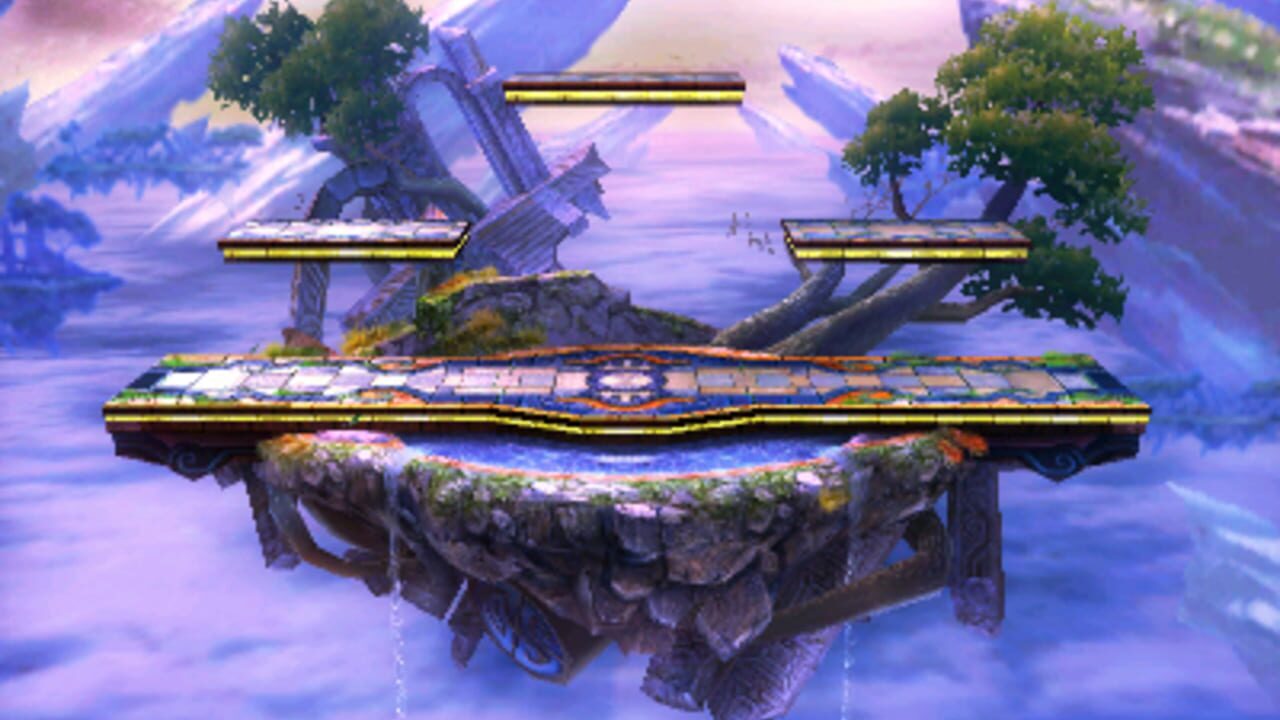 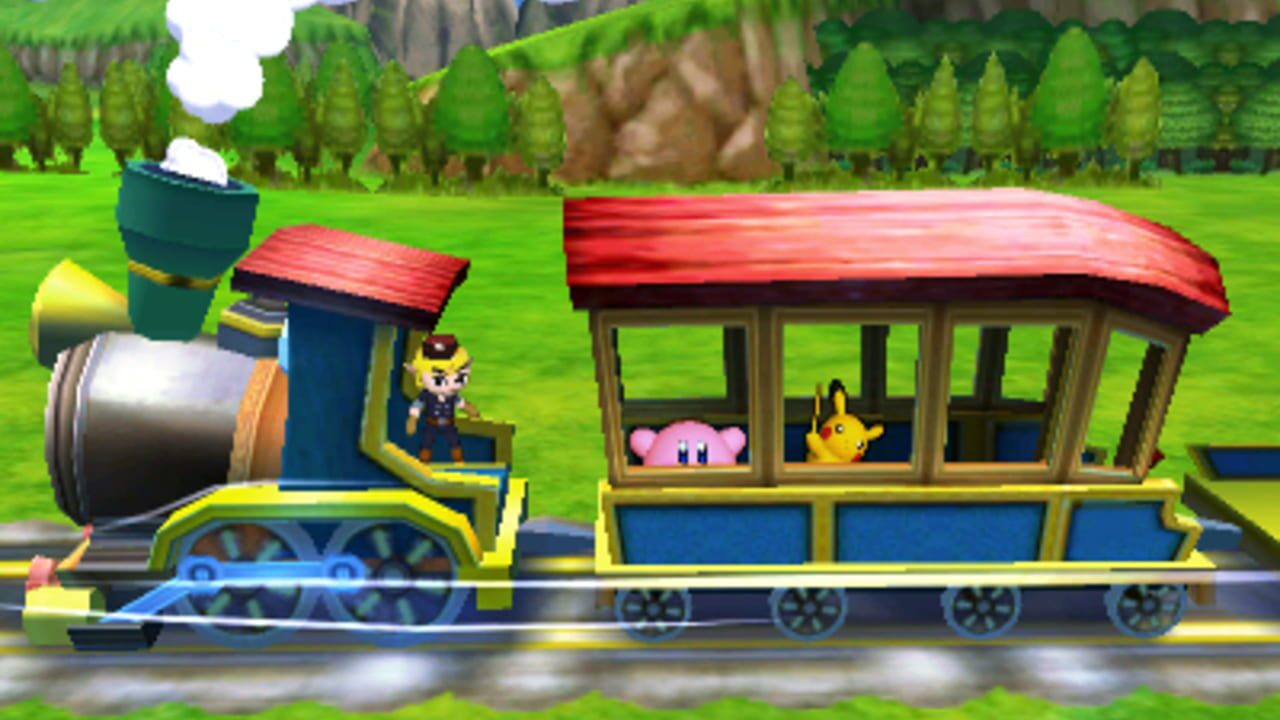 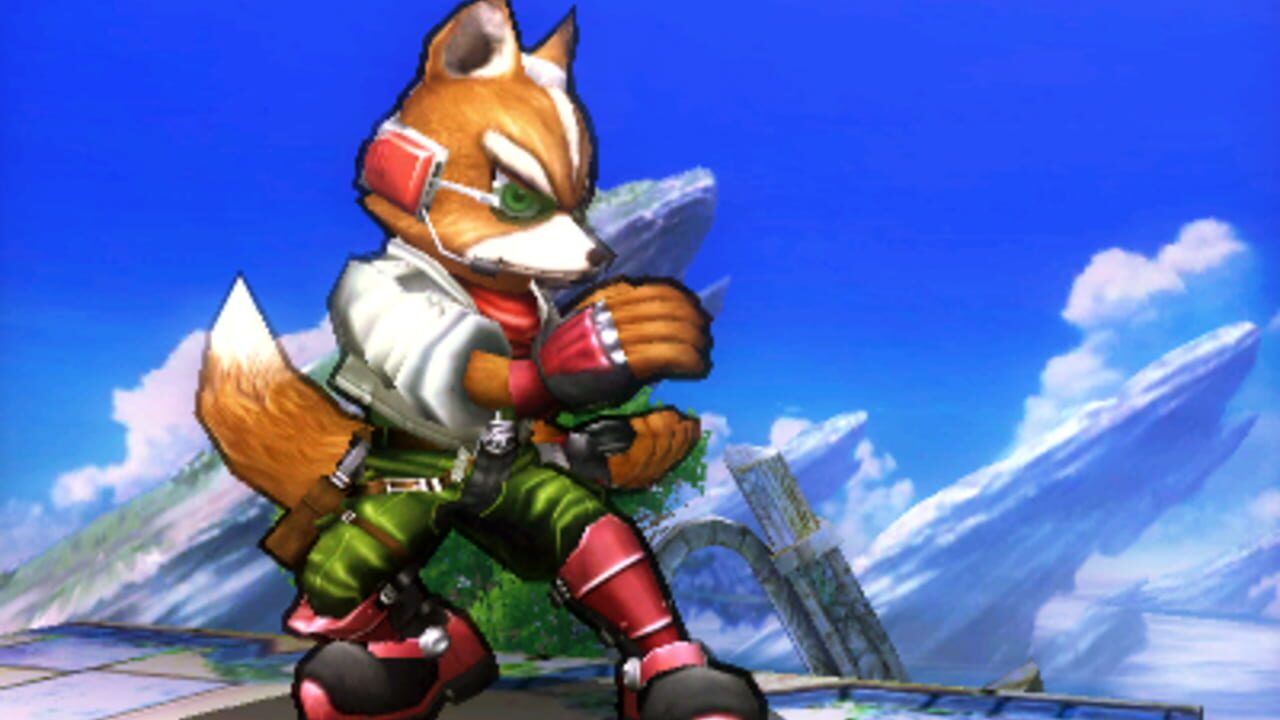 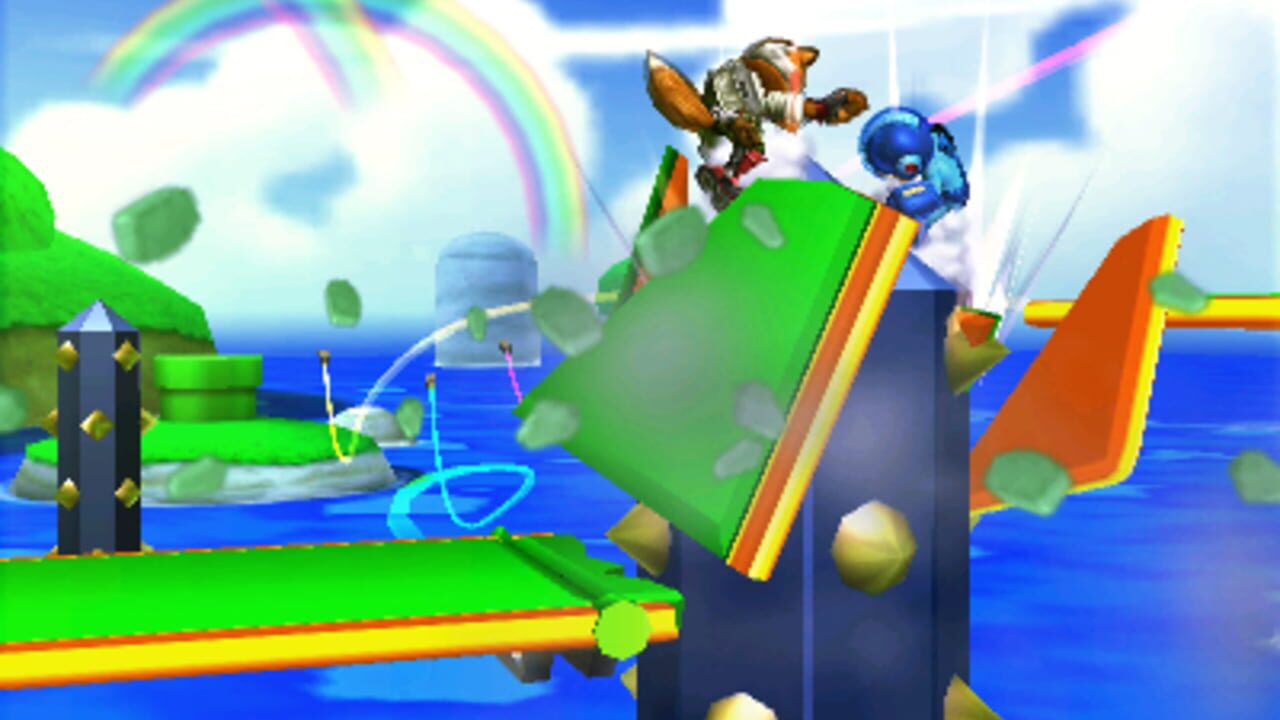 If screenshots are not enough, you can enjoy creative videos from Nintendo of Europe

If you like Super Smash Bros. for Nintendo 3DS, but you're tired of it and want something new, you can try other games.