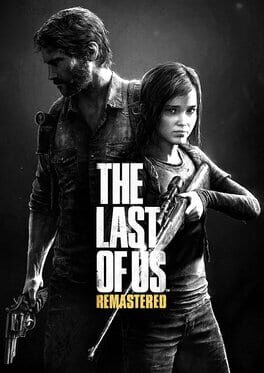 The Last of Us Remastered

Winner of over 200 game of the year awards, The Last of Us has been remastered for the PlayStation®4. Now featuring higher resolution character models, improved shadows and lighting, in addition to several other gameplay improvements. Abandoned cities reclaimed by nature. A population decimated by a modern plague. Survivors are killing each other for food, weapons whatever they can get their hands on. Joel, a brutal survivor, and Ellie, a brave young teenage girl who is wise beyond her years, must work together if they hope to survive their journey across the US. The Last of Us: Remastered includes the Abandoned Territories Map Pack, Reclaimed Territories Map Pack, and the critically acclaimed The Last of Us: Left Behind Single Player campaign. PS4 PRO ENHANCED: - PS4 Pro HD - Dynamic 4K Gaming - Greater Draw Distance - Visual FX - Vivid Textures - Deep Shadows - High Fidelity Assets - HDR

About The Last of Us Remastered

In addition to The Last of Us Remastered, the representatives of Adventure games also belong:

A complete list of games like The Last of Us Remastered can be found at AllGame here.

The Last of Us Remastered is versatile and does not stand still, but it is never too late to start playing. The game, like many Adventure games has a full immersion in gaming. AllGame staff continues to play it.

The Last of Us Remastered is perfect for playing alone or with friends.

At AllGame you can find reviews on The Last of Us Remastered, gameplay videos, screenshots of the game and other Adventure representatives.

Twenty years after a mutated fungus started turning people all over the world into deadly zombies, humans become an endangered species. Joel, a Texan in his forties with the "emotional range of a teaspoon" (to quote Hermione from Harry Potter), finds himself responsible with the safety of a fourteen year old girl named Ellie whom he must smuggle to a militia group called the Fireflies. And as if the infected aren't enough of a hassle, they also have to deal with the authorities who wouldn't let them leave the quarantine zone, as well as other survivors capable of killing anyone who might have something useful in their backpacks.

The Last of Us Remastered - Recensione

Author: Mattia "Zave" Ravanelli
Date: 2020-03-02 20:30:01
It&#39;s not just about prizes, laurels, awards and pats on the shoulders: The Last of Us, in twelve months, has literally invaded the boards of Naughty Dog, delivering more than two hundred statuettes, golden joysticks and who knows what else to the team. Not only first in the preference rankings of critics, but winner or fixed presence on the podium if we talk about the choices of the players, even if it is a question of going to draw up the list, even, of the most important games of the last generation. You told us, together with gamers from all over the world, on the occasion of our referendum a few months ago. And yet ... yet with 80 million PlayStation 3 sold worldwide, not even ten percent of Sony customers have decided to buy the game, which currently gravitates around the seven million copies sold. Not that it is a result to be despised, far from it, but ... how to say, there is room to do better.

If you don't know what to expect from The Last of Us, the advice is to read the review that we have published for the PlayStation 3 edition. Or, if you prefer to make it a little shorter, then you will just have to know that: The Last of Us it is an adventure with apocalyptic hues, a particular rhythm, an adult and reflective cut, but also cruel and inclement, in which the basic mechanics is that referred to the gunfights (in the third person) and the recovery of ammunition and medicines. And where the couple of protagonists Joel and Ellie move in the spotlight, a man in his fifties and a girl of fourteen. Two radically different visions of a world that does not go towards destruction, but that destruction has already taken it in the face.

For this Remastered edition, Naughty Dog worked mainly on the graphics sector, considering that the game, as far as content is concerned, remained identical to the original for PS3. But the eyes today can happily skip from one detail to another of the renewed polygonal models, much more enjoyable thanks to the Full HD resolution and the fluidity of the video update nailed (or almost) to sixty frames per second.

About the choice of 60fps, a clarification: personally I was doubtful, especially after seeing the trailer shown at E3 in June. I thought that a similar choice would remove that cinematic patina from the game, which on PS3 was moving at 30fps. All stupid, once you see it in motion for real, comfortably seated on your sofa, in front of a big big TV, there is none for anyone: the softness of the movements and the sinuosity of the animations are priceless. But for anyone who is not convinced, there is always the possibility of returning to 30fps at any time. A choice, moreover, that will give access to some further graphic goodies when the game arrives in the shops. The patch available from the first day, in fact, will also introduce a more exciting resolution for the shadows, which can be enjoyed to the maximum only if you choose, however, the 30 paintings per second. The advice is to try both solutions ... and then to use the all new one at 60fps and best regards.

The impact of the environment and the world of The Last of Us in FullHD, on the other hand, is less exhilarating than I would have expected. Let me be clear: to expect a giant capable of justifying the power hidden under the hood of the PlayStation 4 would have been simply stupid. Indeed, to be honest, one almost wonders how skilled this PS4 should be, if it can chew a code made for a totally different technological environment such as that of PS3, without apparently sweating. But, above all, it is still a great game of the last generation, polished well, but still with the roots that suck from a ground that, at the time, had already practically given everything it could.

On the other hand, the adaptation work in Italian remains impressive, with a high-level translation and a dubbing that has very few equals in our world ... if not, perhaps, with the second and third chapters of Uncharted.

The rest of the Last of Us Remastered package includes the Left Behind DLC, which allows you to delve further into Ellie's present and (recent) past, and is available find immediately in the main menu. There are also expansions for the multiplayer Factions mode and if you had already purchased extra elements just for multiplayer, you will just have to re-download them from the PlayStation Store (for free, of course) to be able to exploit them even on PS4. All to be discovered, unfortunately, the comment of the developers during the game and the Photo Mode, two options absent from the promotional version of the game provided by Sony and which, however, will be made available with the aforementioned patch during the launch day.

MODUS OPERANDI
I played The Last of Us Remastered thanks to a final version of the game provided by Sony. For this test I played the Left Behind DLC, which I had not faced on PS3, and therefore the first three / four hours of the main adventure. By choosing both the 60 and 30fps update, but never (obviously!) Moving away from the Full HD TV.

Screenshots will help you evaluate the graphics and gameplay of The Last of Us Remastered. 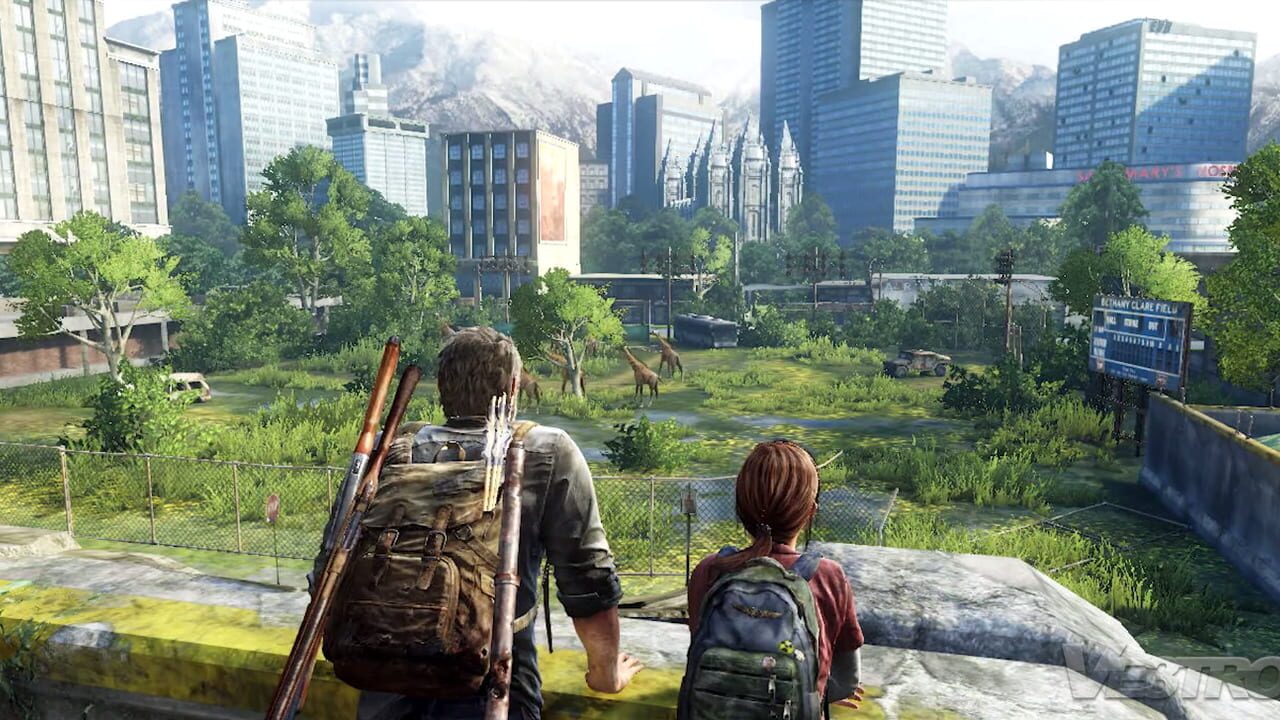 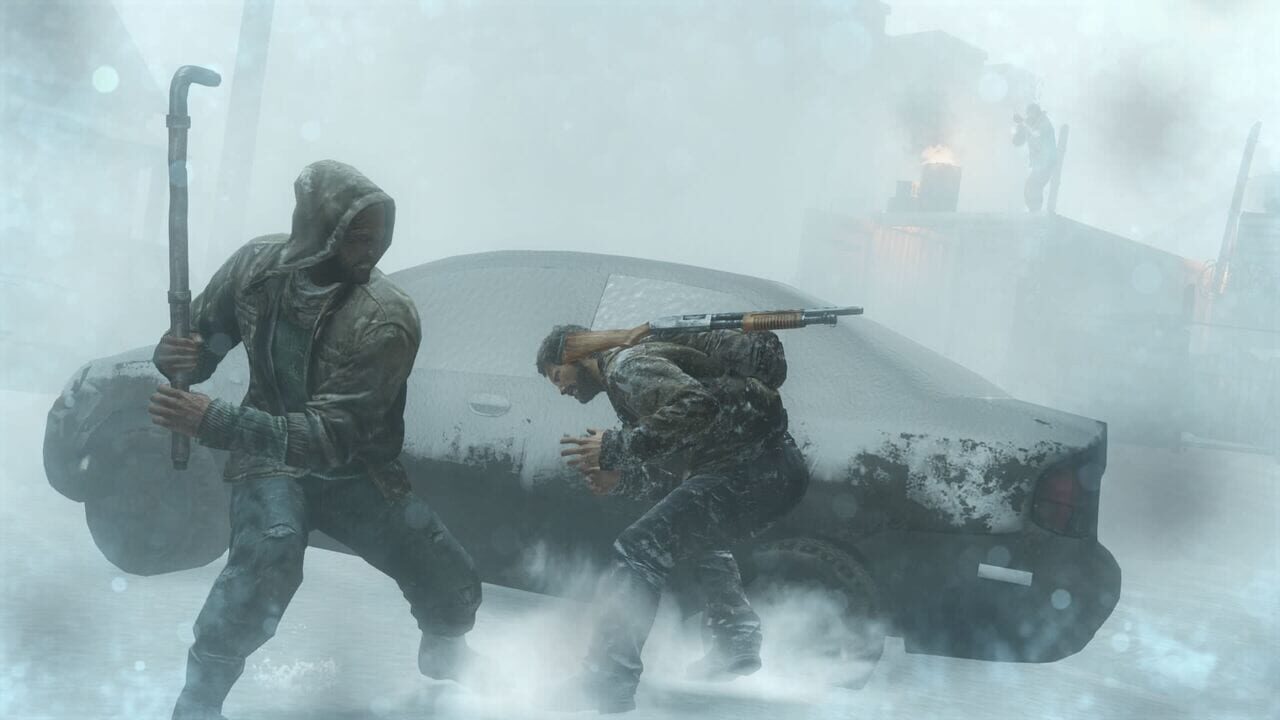 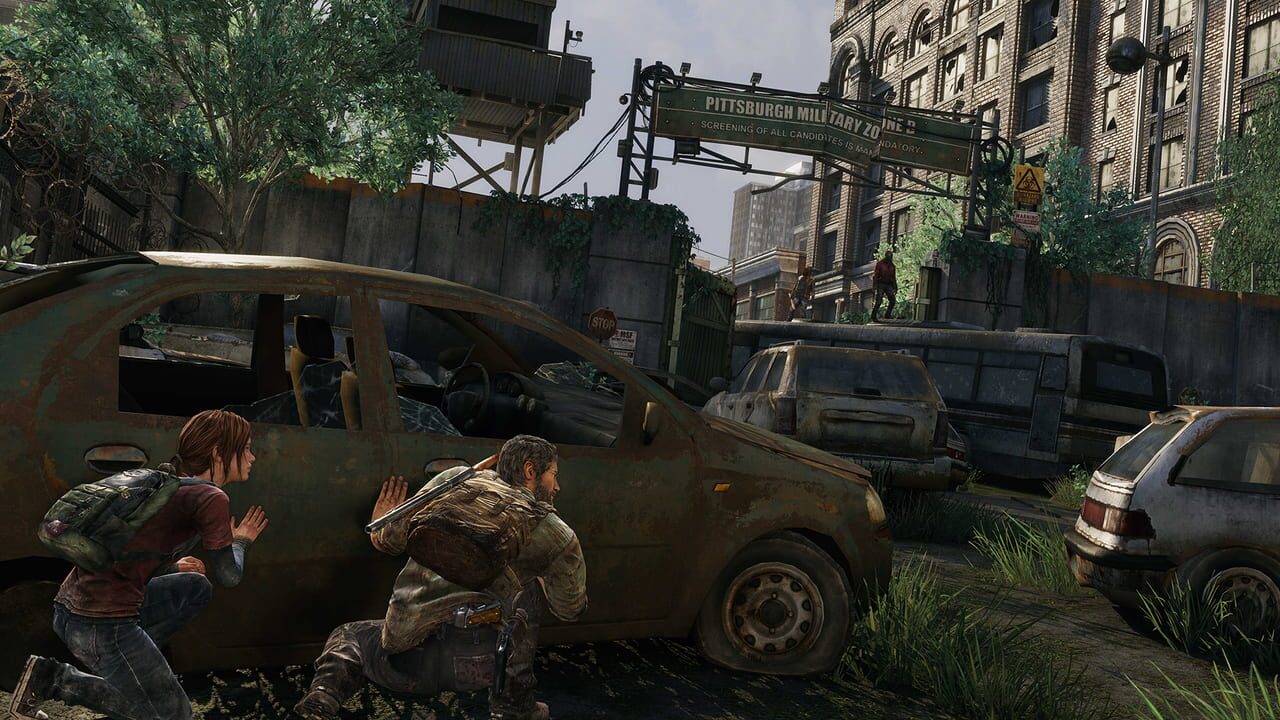 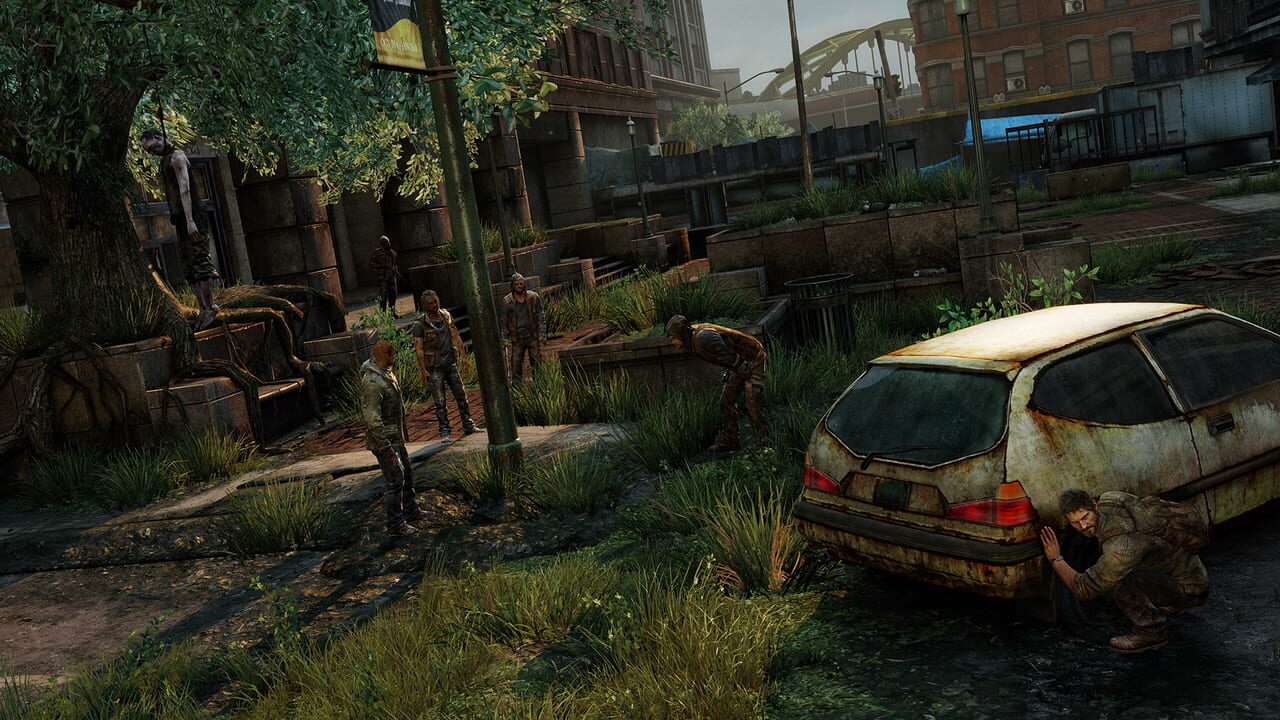 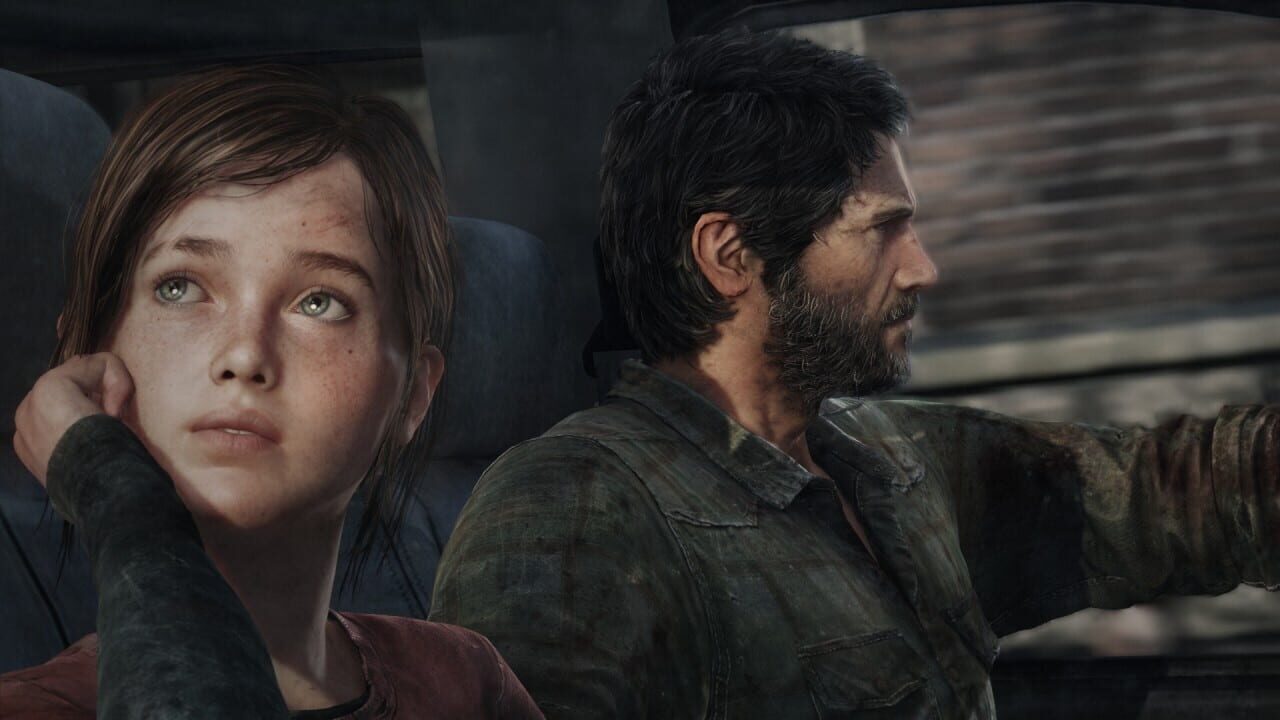 If you like The Last of Us Remastered, but you're tired of it and want something new, you can try other games.