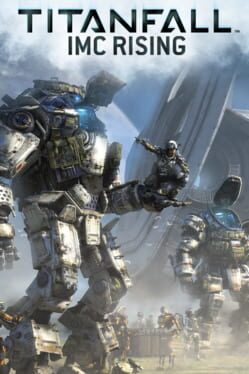 In addition to Titanfall: IMC Rising, the representatives of Shooter games also belong:

Titanfall: IMC Rising is versatile and does not stand still, but it is never too late to start playing. The game, like many Shooter games has a full immersion in gaming. AllGame staff continues to play it.

Titanfall: IMC Rising is perfect for playing alone or with friends.

At AllGame you can find reviews on Titanfall: IMC Rising, gameplay videos, screenshots of the game and other Shooter representatives.

This section tells the history of the world of Titanfall: IMC Rising

"Despite gains made in earlier conflicts, the IMC must seek every advantage they can find, given that their reinforcements from the Core Systems are still years away. In "IMC Rising ", the IMC begin recommissioning old secret installations to rekindle their shattered industrial military complex. In support of this objective, IMC security forces deploy to track down their own deserters and mutineers, before too many of the installations' precise coordinates find their way into the hands of the Militia."

If you like Titanfall: IMC Rising, but you're tired of it and want something new, you can try other games.