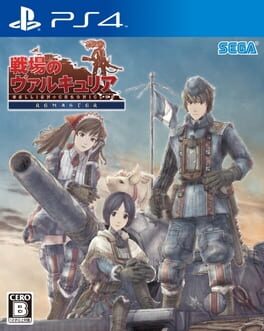 Valkyria Chronicles is a tactical role-playing game developed and published by Sega for the PlayStation 3 in 2008. A Microsoft Windows version was released on November 11, 2014. A remastered version for PlayStation 4 was released in Japan on February 10, 2016 with a Western release planned for May 2016. Both PC and PS4 versions include previously released DLC. The game is set in fictional Europa, loosely based on Europe during the early years of World War II. Because of its abundance of Ragnite ore, which takes the place of petroleum in the game setting, the neutral nation of Gallia comes under attack from the East Europan Imperial Alliance, which is itself engaged in war with the Atlantic Federation. Players take control of a unit of the Gallian Militia, dedicated to repelling the invasion. The game's visuals, which use Sega's CANVAS graphics engine, resemble pencil drawn paintings in motion.

Valkyria Chronicles Remastered is versatile and does not stand still, but it is never too late to start playing. The game, like many Role-playing (RPG) games has a full immersion in gaming. AllGame staff continues to play it.

Valkyria Chronicles Remastered is perfect for playing alone or with friends.

At AllGame you can find reviews on Valkyria Chronicles Remastered, gameplay videos, screenshots of the game and other Role-playing (RPG) representatives.

Author: Biagio "Shinx" Etna
Date: 2020-07-31 00:11:18
Set in a dystopian universe of clear western contamination, Valkyria Chronicles Remastered comes to life during an atrocious world conflict. The Principality of Gaul, a small settlement where most of the protagonists reside, is dragged into battle because of its rich deposits of Ragnite, a very precious mineral comparable, in fact, to our oil. After a heavy blow from the imperial forces to the town of Bruhl, Alicia Melchiott, Weklin Gunther and the half-sister Isara, are forced to flee. Their destiny, however, will be to join the Gaul militia and represent a fundamental pawn within the entire conflict. The narrative incipit of the title is certainly not among the most innovative, but the psychological introspection and the deep relationship between the characters immediately manage to capture the player&#39;s attention.

The original Valkyria Chronicles, despite a large number of far more distinguished rivals, was in my opinion one of the freshest and funniest JRPG published on PS3. The development of the sequel exclusively on PSP and the unforgivable hiding of the third chapter, released only in Japan, certainly did not contribute to the diffusion of the series. Fortunately, in the year of grace 2014, Sega has given back lifeblood to his battered creature, thanks to a new publication on PC. From there to get in the slipstream with other software houses thanks to the announcement of a new chapter, Revolution Azure, the step was short. Sega has therefore managed to refresh the franchise, strengthening it with an inevitable PS4 remaster.

The gameplay on which Valkyria Chronicles rests is an intriguing mix of turn-based structure typical of the genre, combined with a light third-person action component. At the beginning of each phase we have a certain number of command points (CP) with which to move one or more characters, and then conclude with an action (usually an attack). There are no grids or boxes in the Sega title: our ability to move is totally free, even if subordinated to an indicator that decreases with each step.


This allows a really interesting tactical approach, giving the action a much wider breath than other exponents of the genre. A feature that I have always appreciated since the first release of the original on PS3, is the possibility of being able to spend multiple command points on a single soldier. In fact, if you want, you can use all the CPs on a single unit, provided that their movement capacity is limited to each action following the first one.

This feature opens up a range of noteworthy tactical opportunities: suicide raids can be ventured, the enemy's attention drawn, or jousting in order to leave wounded comrades behind and safely. At the end of each turn (or at the beginning if you want to keep your position), a specific action can be taken. To attack we will have to target the enemy manually, just like in a third person shooter.

Being a strategic, the weather is still frozen, giving us the opportunity to choose our goals calmly. On the other hand, you can opt for a choral advance, in order to make the troops more solid and compact. This allows our soldiers to support each other, even if the slowness of the group and the predictability of the action are affected.

Further depth is given by a balanced division of the troops into various classes, each with its own weapons and specific skills. The use of experience points between one level and the other is inevitable, as well as the investment of funds for research and development of new equipment. One of the most intriguing aspects of Valkyria Chronicles Remastered is certainly the large amount of customizations for our militias.

The variety of missions is also commendable, not only regarding the different places of combat, but also for the various dynamics of the clashes: extreme defense of strongholds, battles in the trenches, stocks of civilians, sieges of fortresses and, last but not least, use of mechanical vehicles with an immense military scope. There is very little to reproach the fascinating Sega creature, apart from, perhaps, a scoring system totally focused on speed, an element in perfect contrast with any strategy.

Technically the game holds up quite well at its eight years: the resolution brought to 1080p, the 60 frames per second and the (almost) total absence of aliasing make the title a real joy to see. What really achieves excellence, however, is the artistic direction. That hatching in cel shading, between watercolor and pencil, defines the contours of a sumptuous design, capable of (literally) frescoing suggestive scenarios and characters full of charm. The sound is also excellent, alternating epic and bombastic martial invectives with relaxed and bucolic music, in perfect harmony with the scenes to be accompanied. Absolutely preferable the Japanese dubbing, much more careful in representing the intimacy of the characters, instead of the western one, constantly over the top.

Prolysed, fragmented, with a humor at times out of place, Valkyria Chronicles Remastered is still a majestic, epic and visually inspired JRPG. The Sega title is a Japanese game to the core, the strengths of which, paradoxically, are also part of its major flaws: indispensable for lovers of the genre.

MODUS OPERANDI
I played Valkyria Chronicles Remastered thanks to a code kindly provided by the developer. I have largely passed the 70 hours of play, both for my sloth nature and prone to playful grooming, and for the goodness and quantity of the contents. Becoming passionate about the Sega title is very simple, leaving it a little less.

Screenshots will help you evaluate the graphics and gameplay of Valkyria Chronicles Remastered. 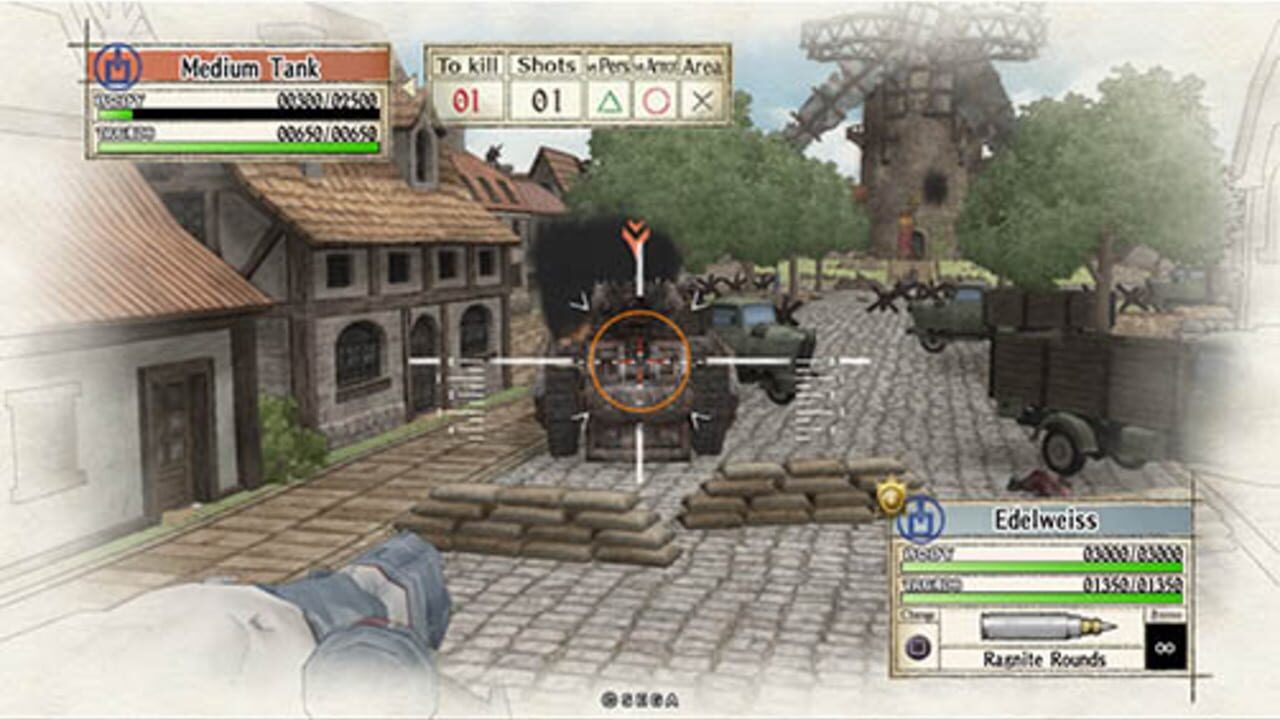 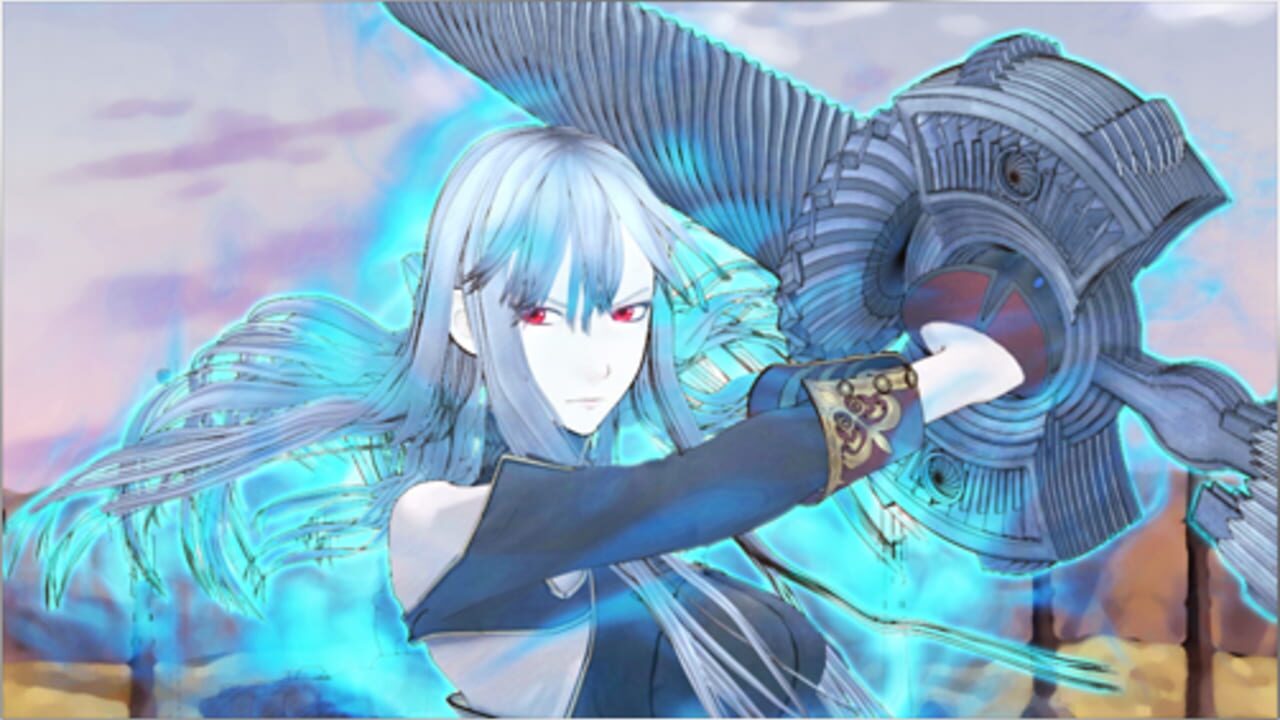 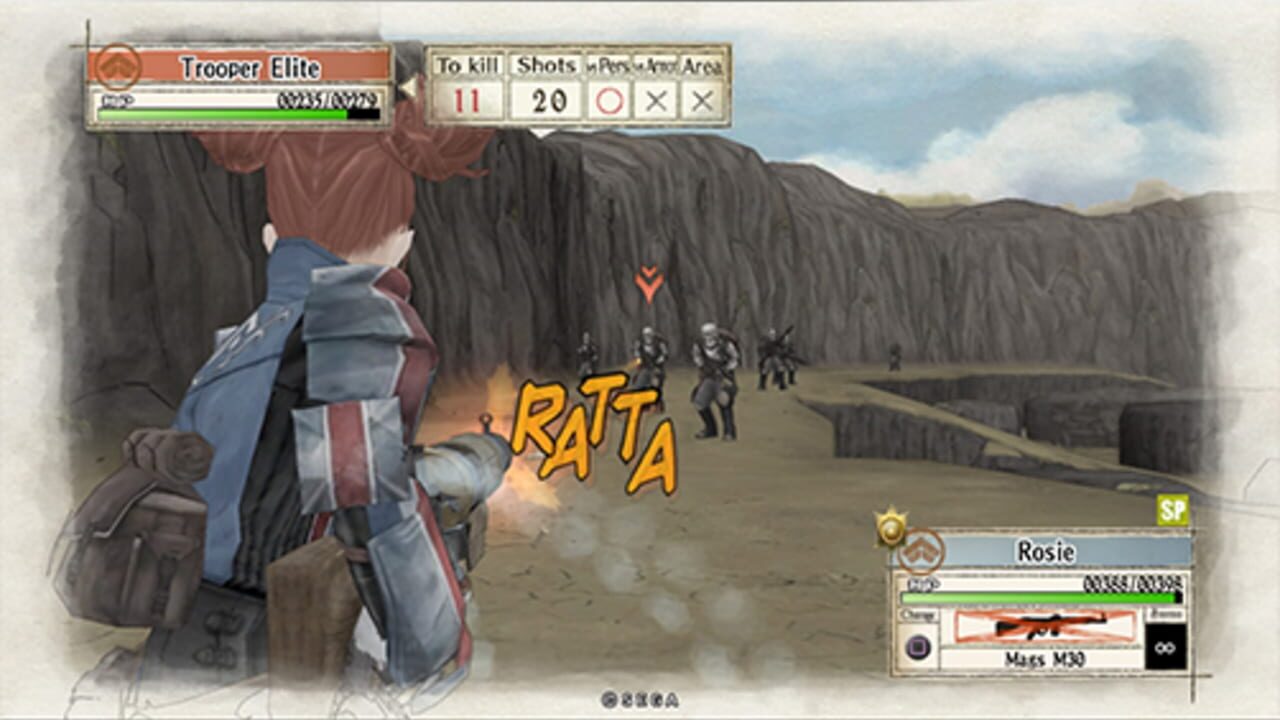 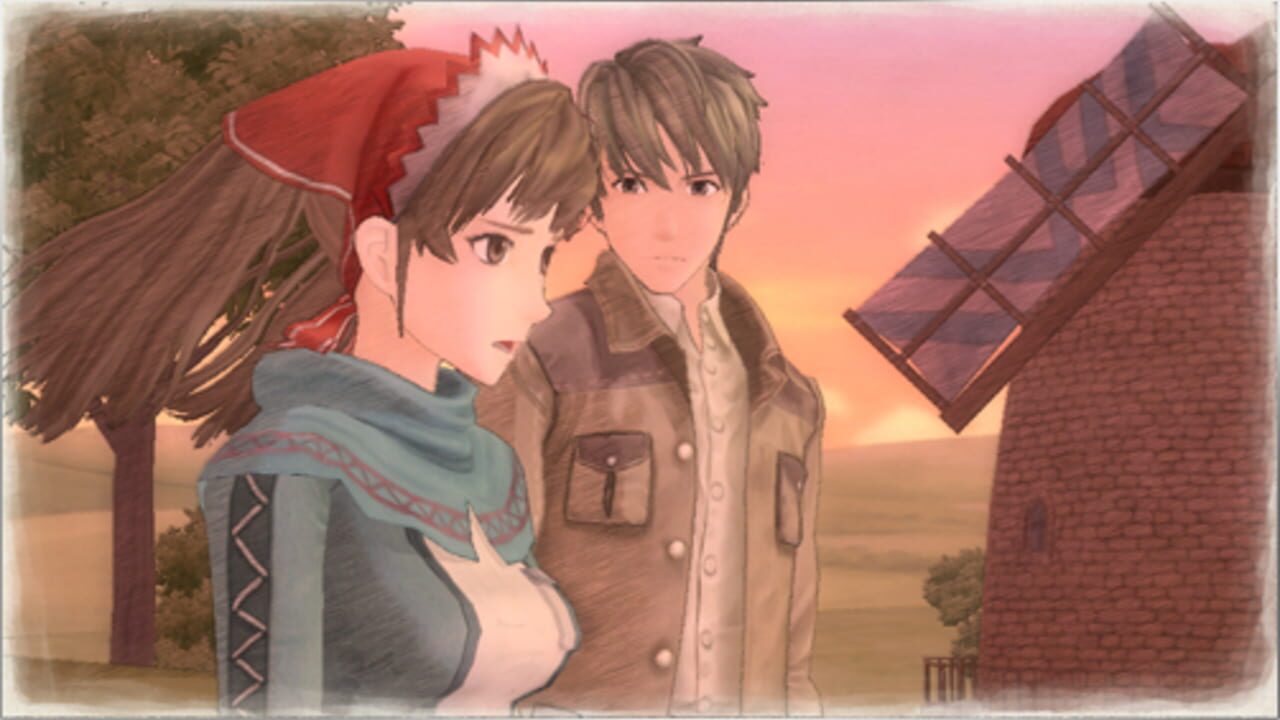 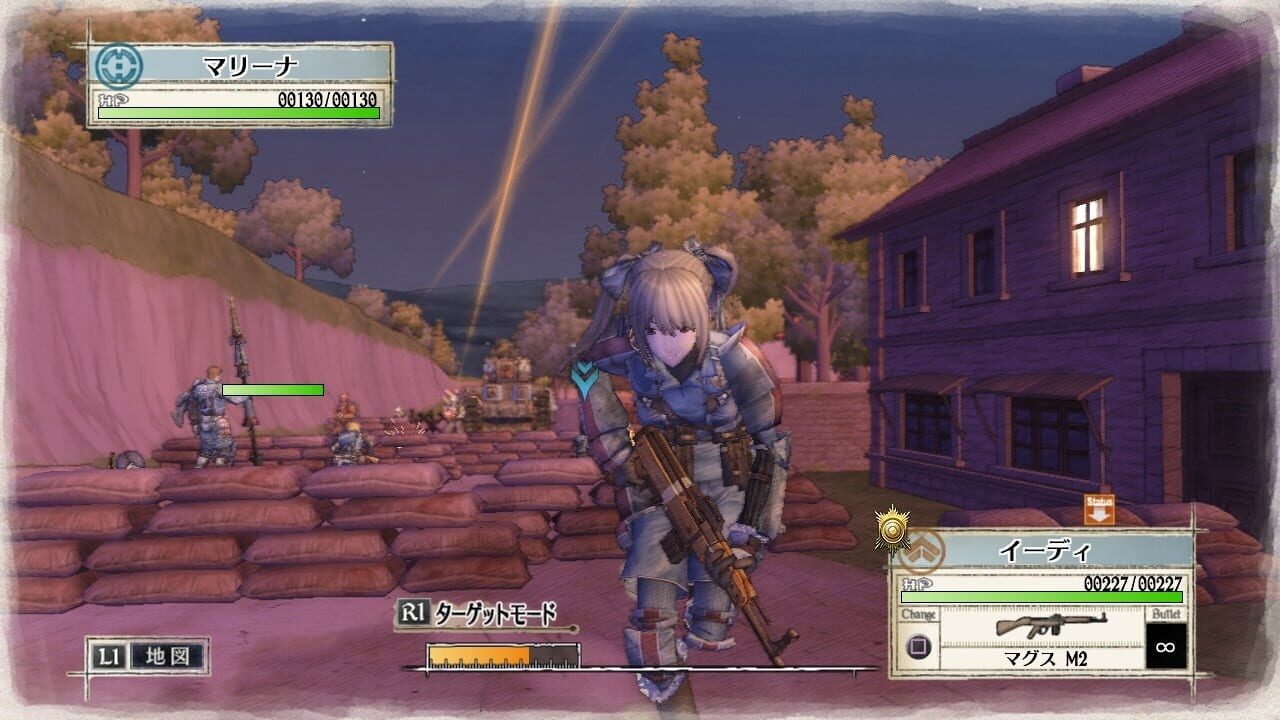 If you like Valkyria Chronicles Remastered, but you're tired of it and want something new, you can try other games.