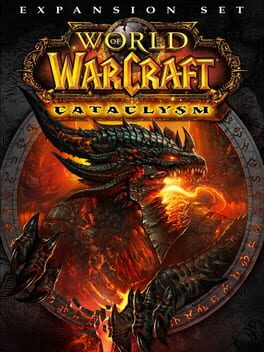 Cataclysm returns players to the two continents of Azeroth for most of their campaigning, after years away in Outland and Northrend. New zones opened such as Mount Hyjal, the sunken world of Vashj'ir, Deepholm, Uldum and the Twilight Highlands. It includes two new playable races: the worgen from the legendary kingdom of Gilneas for the Alliance, and the goblins of the Bilgewater Cartel from the isle of Kezan for the Horde. Flying mounts are usable in Kalimdor and Eastern Kingdoms, and the new secondary profession Archaeology is introduced.

About World of Warcraft: Cataclysm

In addition to World of Warcraft: Cataclysm, the representatives of Role-playing (RPG) games also belong:

World of Warcraft: Cataclysm is versatile and does not stand still, but it is never too late to start playing. The game, like many Role-playing (RPG) games has a full immersion in gaming. AllGame staff continues to play it.

World of Warcraft: Cataclysm is perfect for playing alone or with friends.

At AllGame you can find reviews on World of Warcraft: Cataclysm, gameplay videos, screenshots of the game and other Role-playing (RPG) representatives.

Author: Knut Gollert
Date: 2010-12-14 13:48:00
A dragon destroys the world and your hero should judge it. Even more cliché is hardly possible in an RPG. WoW starts the third expansion with this ostensibly stereotypical scenario - and it will be exciting.

When asked how things are going with World of Warcraft, how long it will continue, WoW game designer Tom Chilton replied in the GameStar interview: »Certainly another four to five years«. With World of WarCraft: Cataclysm , the Californian developers once again missed the self-set goal of bringing an expansion annually.

But now the waiting is over, Cataclysm is ready. After four months of beta, we are taking stock. Blizzard completely turned old Azeroth inside out. The original WoW , the orphaned level 1 to 60 area, which at most was sporadically rushed through by hectic leveling twinks (second characters), is no longer.

For years the WoW community has been calling for the old areas and quests to be fundamentally revised. Here you go: the designers have incorporated over 3,500 new quests, more than in the two previous expansions combined! This will also encourage many dropouts to reactivate their accounts.

All of this is due to the aforementioned dragon. Deathwing, former Guardian of the Earth, has been in a bad mood for tens of thousands of years. Now that's enough for him and he sets out from his underground home to burn the land above him. All of Azeroth benefits from this: earthquakes, volcanic eruptions and tsunamis all eat away at the earth's crust. The result is gaping wounds in just about every play zone.

World of Warcraft is (almost) a completely new game even for veterans. There used to be particularly boring areas like Azshara, which ignite real quest fireworks with Cataclysm, now by the way for level 10 to 20 characters. Other areas have been divided into two, such as the Barrens and Stranglethorn Valley. Still others, like the Eastern Plaguelands, have hardly changed in appearance, but offer a lot of new jobs. Basically, the characters' path through Azeroth was significantly straightened out and peppered with unusually varied assignments. So it is a matter of making a stone giant fart, of hitting giants with a BGG (ground-face grenade) exactly between the ears or of collecting mini raptors, who with mum "test object nine" (an allusion to previous and upcoming experiments, To compete with WoW) to distant worlds because they were too stupid on Azeroth. WoW has never been so exciting, funny and sometimes self-deprecating as in Cataclysm.

What does it get for your level 80 character? He can now fly anywhere on Azeroth. And is also looking forward to new game content. In five areas, adult heroes quest each other to the new maximum level of 85. There are "normal" regions such as Hyjal, Twilight Highlands or the Egyptian-themed Uldum. And there is Deepholm and Vashj'ir.

Tiefenheim is a huge, visually extremely impressive cave; the resting place of Deathwing before his eruption. Vashj'ir, on the other hand, is the first real underwater zone in World of Warcraft. Amazingly, here in particular - to stay in the element - the quest is extremely fluid. In general, Blizzard put a lot of effort into the jobs. The new boss fights are particularly outstanding: At the end of many quest series, players fight against extremely powerful opponents. The best thing about it is that you get valuable support from special items or NPCs. This gives loners a sense of achievement in tricky tasks - a real step forward. However, the bosses require tactics like in dungeon or raid games, which are new for many individual players or at least take some getting used to.

However, in the high-level areas you rush through the hero levels very quickly. If you comfortably play through the first three areas of Hyjal, Vashj'ir and Tiefenheim and sometimes explore one of the seven new instances, you have reached the new maximum level of 85 before you have completed Uldum or seen the Twilight Highlands - i.e. the two zones for levels 83 to 85 This may please fans who want to take part in raids as quickly as possible, but others are downright taken by surprise.

The aim is to introduce inexperienced players to the challenges in the endgame. Because there's a lot of food for high-level characters in Cataclysm. Fight for rare pieces of equipment in seven new dungeons. Each instance can be played with level 85 in the particularly difficult heroic variant. In addition there are the former entry-level instances »Dead Mines« and »Shadow Catch Castle«, which are now also available in a crisp, heroic version. Incidentally, it is commendable that Blizzard has increased the level of difficulty here after the less demanding dungeons of the last expansion.

The same applies to the three raid dungeons only available with the official launch. They are smaller than, for example, Naxxramas, should be playable in one evening and bristle with interesting bosses. For example, the fight against the dragon Atramedes, the first really blind boss, is terrific. Noises play a prominent role here and a "sound bar" that every player has is the decisive element of the game in this fight. All raids are playable in either 10 or 25 player mode, with the bosses in Cataclysm no longer making a difference in the quality of the items they leave behind as loot for a group of 10 or 25.

Each guild now rises through the actions of its members. New levels, a maximum of 25, activate the so-called guild perks, which unlock passive bonuses, such as more experience per solved task or lower repair costs as well as exciting active spells for guild members. With these you can, for example, summon group members to your position or cast a resurrection spell on all of them after collective death in an instance.

In addition to the new content from the old world, Blizzard brings two new races into the game. Tech-savvy, greedy goblins fight on the side of the Horde. Allianz fans are looking forward to the worgen, an atypical dodgy race of werewolf-like people.

The starting areas are particularly outstanding here. The quest line in Gilneas, which sheds light on the history of the worgen, is exciting, and the atmosphere is terrific. The goblins who flee from Kezan, their capital built on a volcano, must have been controlled by every WoW player. In complete contrast to archeology, the new profession. It can also be learned by every character. And it takes more time than anyone else. Archaeologists dig around the world to find a handful of relics, 30 to 150 of which of the same species make an item. In many cases this is worthless. At least there is room for the next patch improvements.

But we complain at a high level: Everything that is renewed by Deathwing's catastrophe in World of Warcraft has a hand and foot, is well thought out and is sustainably fun.

The two new races of the Goblins and Worgen will fit into the picture quickly as usual. In addition, their starting areas are among the best that the Cataclysm cinema has to offer. The bottom line is that Blizzard has managed to change its online colossus so that it becomes exciting again. Because a lot has happened with the classes and the revised talent system. Numerous hero types have become more complex and more active. The so-called rotations in combat, which many players have to maintain for maximum efficiency of their hero, have been softened by Blizzard, sometimes completely broken. Random special abilities, the »procs«, keep the player attentive and require quick reactions as well as a certain ability to adapt.

The healers who have to learn again in the high-level area to manage their mana and to set priorities have to change a lot. That finally makes WoW more demanding again and is particularly useful after Wrath of the Lich King, in which no class had mana or energy problems. Whether this balanced level of difficulty also applies to perfectly equipped heroes, however, can hardly be estimated at the moment.

We gathered the finest game reviews for you to have a better idea of the World of Warcraft: Cataclysm

Screenshots will help you evaluate the graphics and gameplay of World of Warcraft: Cataclysm. 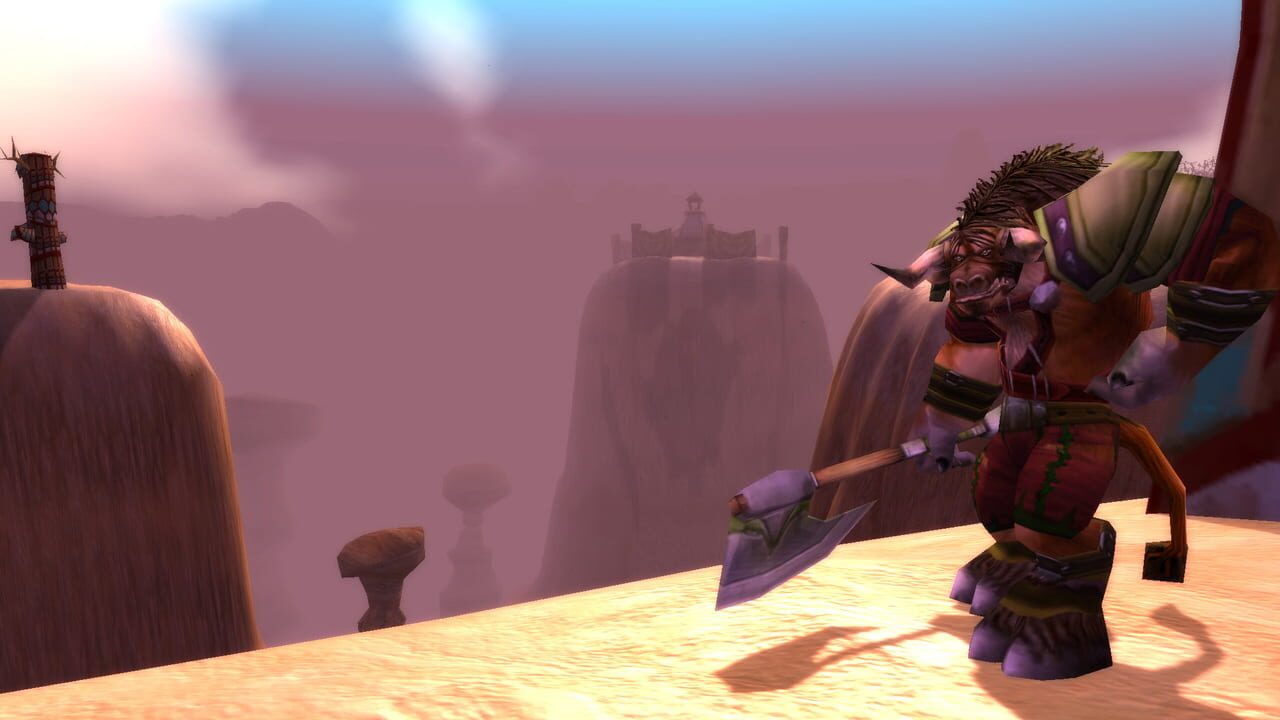 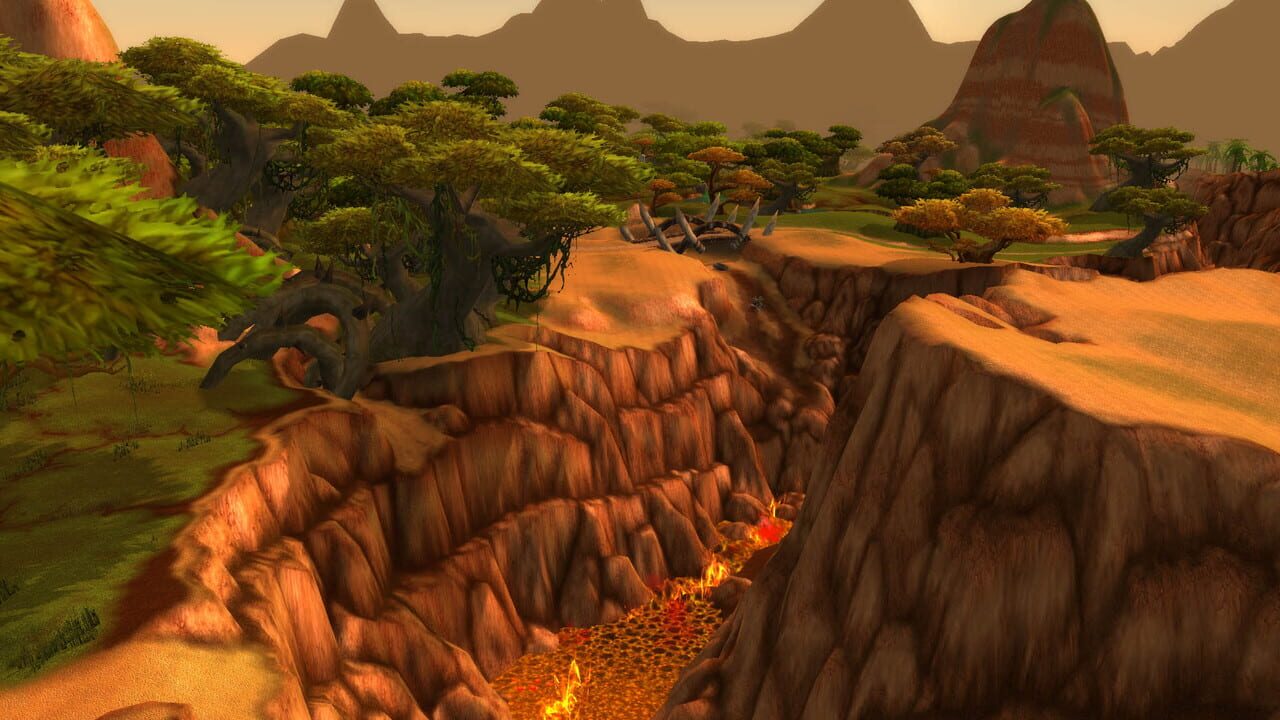 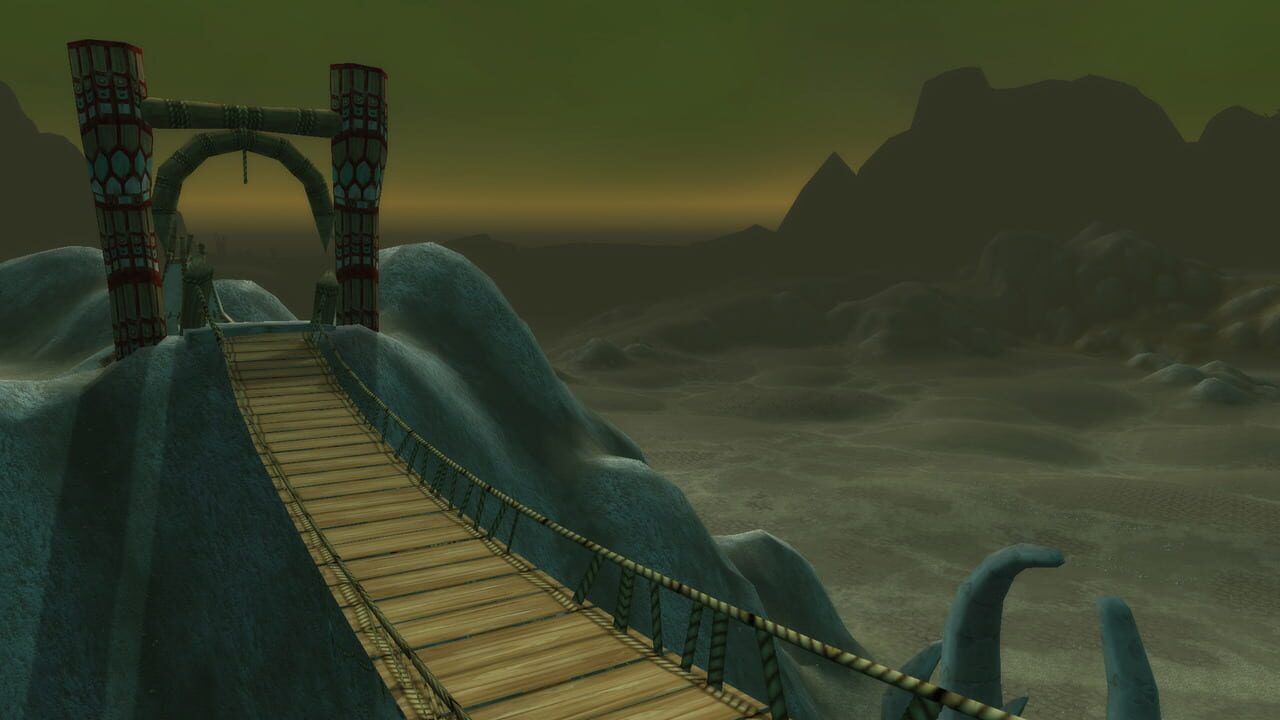 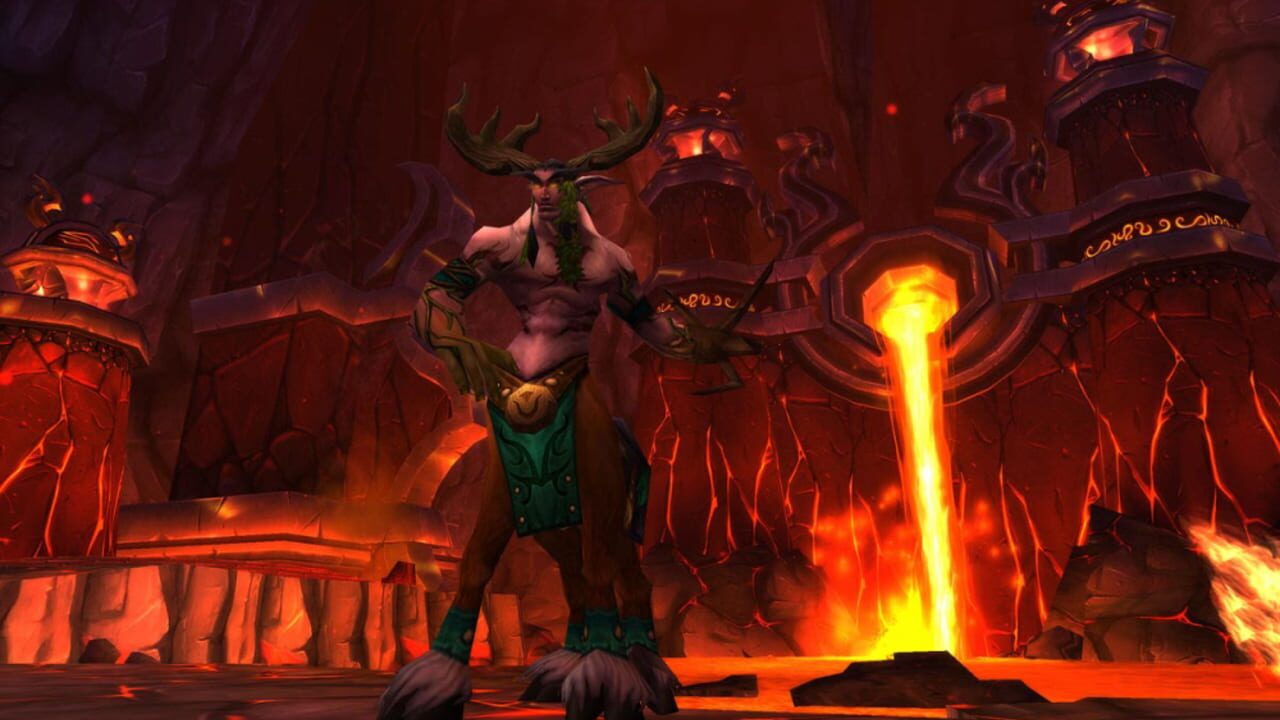 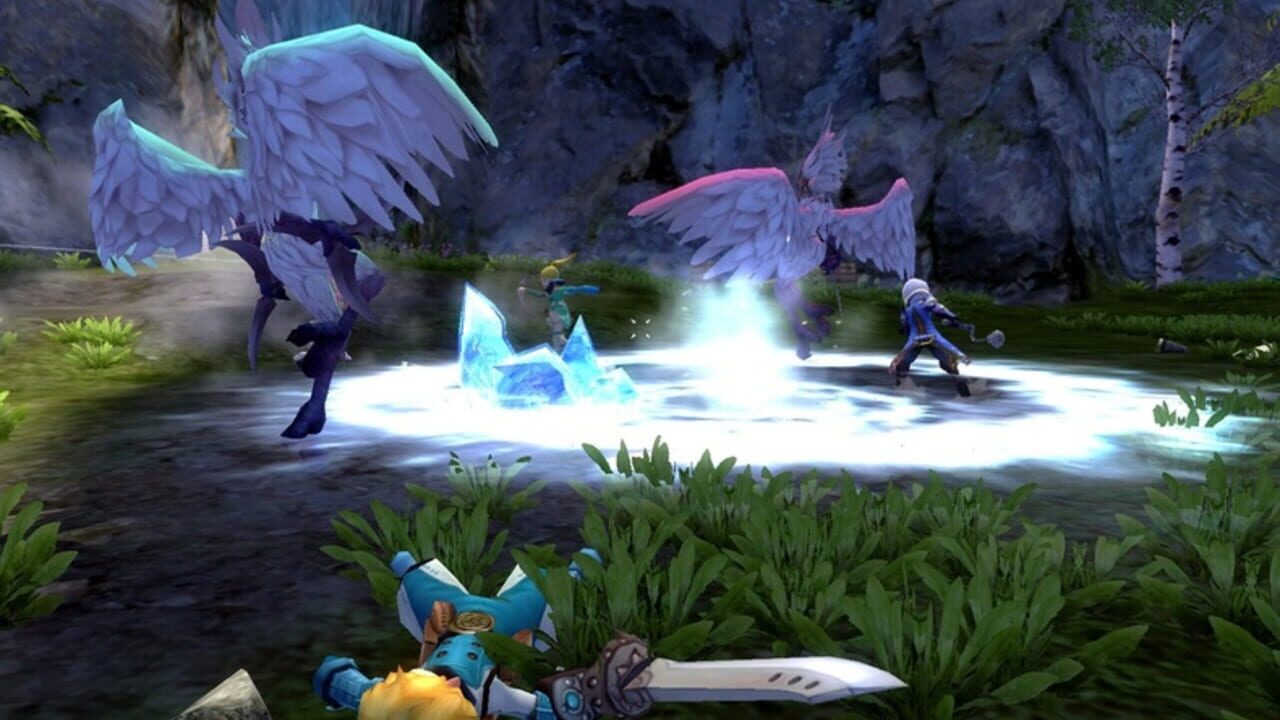 If screenshots are not enough, you can enjoy creative videos from Activision Blizzard

But that's not all! We also carefully prepared the best strips from World of Warcraft: Cataclysm.

If you like World of Warcraft: Cataclysm, but you're tired of it and want something new, you can try other games.