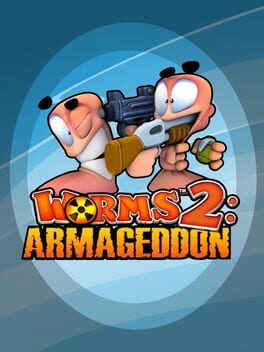 In addition to Worms 2: Armageddon, the representatives of Strategy games also belong:

Worms 2: Armageddon is versatile and does not stand still, but it is never too late to start playing. The game, like many Strategy games has a full immersion in gaming. AllGame staff continues to play it.

Worms 2: Armageddon is perfect for playing alone or with friends.

At AllGame you can find reviews on Worms 2: Armageddon, gameplay videos, screenshots of the game and other Strategy representatives.

Computer owners have not been lucky enough to have Team 17 products recently. Although Americans have long announced that they want to sell PC editions of their games using electronic distribution systems, they have not hurried about implementing this plan. Preparing the conversion of the last Alien Breeda took them six months, while the new Worms - thirteen. Given the complexity of the last title, really - it's dizzying pace.

The premiere of the next game with worms in the lead role would certainly be a big event if it wasn't for one snag - this is exactly the same product that can be used on Xbox since last July, but under a slightly different name ( Worms 2: Armageddon ). A clever change of the title does not change the fact that it is a very faithful conversion - both products differ only in the fact that on the PC an additional variant of Warzone gameplay is available as standard, for which console users had to pay separately. The computer edition also includes a bonus in the form of Body Count mode, but this is a small compensation for such a long waiting time.

While preparing the refreshed version of their big hit, Team 17 was not tempted by revolutionary changes - it was rightly acknowledged that since it is a classic remake, there can be no room for experiments. Of course, some corrections and smaller innovations could not be avoided, but it does not change the fact that the new Worms are in many respects very similar to the two-dimensional views of this cycle. If you remember the famous prototype, no less popular "two", World Party or Armageddon , there is a huge chance that the latest episode of the series, telling about the fight of nice bugs, will also appeal to you.

We start the struggle by creating a team and here is also the first grinding. In Worms Reloaded, armies can consist of a maximum of four soldiers and this is a huge oversight. As if that wasn't enough, the game allows you to take part in the battle with only four teams, which is probably related to the restrictions that the developers encountered when designing the online mode in the original for Xbox. As you can easily count, a maximum of sixteen worms can take part in a skirmish - I remind you that there were 48 of them in Armageddon.

Other options no longer raise any objections. The player has a lot of room for maneuver in creating a team - it can change not only its name and names of players, but also a set of bids (Polish traditionally present language), skin color, headgear and appearance of gravestones. In addition, there are a lot of options in the configuration of the game - we decide, among others about the duration of individual rounds, the presence of mines, explosive barrels, as well as objects characteristic of the new Worms: reacting to the movement of the turrets or electromagnets. The game also allows you to manipulate the frequency of dropping boxes, as well as the availability of individual means of destruction. Thanks to the option of saving settings in several slots, before starting the struggle we can choose the configuration that interests us - very practical.

The gameplay is essentially no different from other two-dimensional Worms. The goal of the game is to destroy the enemy team of worms before they can eliminate us. A rich assortment of weapons, consisting of nearly fifty copies, helps exterminate the creatures. The authors have traditionally freed their imagination here, so next to the classic means of extermination (shotguns, mines, grenades, dynamites, etc.) are more exotic inventions, both old (exploding banana, flying sheep) and new (buffalo attack or termite attack). The equipment is completed by several useful supporting devices. With their help, players can break through walls, build bridges, and teleport to a selected point on the map. Most of these toys have already appeared in the previous installments of the series, so old stunters will immediately feel at home.

For lovers of lonely gameplay, a campaign of thirty-five missions has been prepared, unfortunately very uneven. Some challenges are very simple, in others we have to face overwhelming enemy forces, which does not always succeed. Scenarios, unfortunately, do not knock you down, but it's worth breaking through them, if only to get money. Virtual currency is used in Worms Reloaded to buy new land, headgear, and even more interesting weapons - such as the concrete monument of the donkey, known for the "two", which wreaks havoc on the battlefield, is not normally available and you have to pay for it. It is worth mentioning here that novices (are they so?) Do not have to jump into deep water right away. Thinking about them, a quite efficiently completed tutorial was created, which makes it easier to master the basic rules governing gameplay.

For experienced worm killers, Team 17 has offered additional play modes at Worms Reloaded : Warzone and Body Count. In the first of them you have to deal with a set of thirty difficult missions, involving the extermination of the opponent. The enemy army often has an advantage over the player's army, e.g. being in a much better position on the map. In turn, Body Count is an interesting way to test our survival skills on the battlefield. The player controls only one earthworm and tries to do the same as usual, i.e. kill opponents. The difference is that the liquidated rivals are replaced by new units, increasingly stronger and better armed.

Of course, it could not do without breaking the opponent on randomly generated maps. Worms Reloaded offers a user-friendly board editor that allows you to generate a unique arena with one click of the mouse. You can fight both against a computer opponent and against people, on one computer and via the Internet. This most popular game mode in the Worms series is - traditionally - its strongest point. Large configuration options and an unlimited number of maps ensure long hours of fun.

The colorful visual setting is simply charming and does not raise major objections. Both the area on which the fight is taking place and the bugs themselves look very nice, although the latter could be slightly larger, as in the previous installments of the cycle. Microscopic objects are the bane of the new Worms in general. The barrels are clearly smaller than the earthworms themselves, just like the boxes with the equipment. It's a detail, but it annoyed me personally.

It took nearly ten years for Team 17 people to realize that the key to Worms success is not continuous experimentation, but a classic two-dimensional shambles. And that's what we got in Worms Reloaded. The changes in relation to the memorable predecessors are rather cosmetic, because it is difficult to consider as a revolution a new look of earthworms or several previously unknown means of destruction. However, some of the authors' ideas did not appeal to me, e.g. the limit on the number of worms, and the game as a whole no longer raises such emotions as it used to be. I think that the new Worms should reach primarily younger players, those who do not remember the sensational "two", as well as its successors: World Party and Armageddon. Old stunters are unlikely to play with this product for more than a few hours, because of course, they've seen it all before - in addition, in a slightly better performance. A good example of this is my wife, who in Reloaded willingly faced me, but one party said: "good, cool, but the old cooler". And that's basically enough for the whole comment.

Screenshots will help you evaluate the graphics and gameplay of Worms 2: Armageddon. 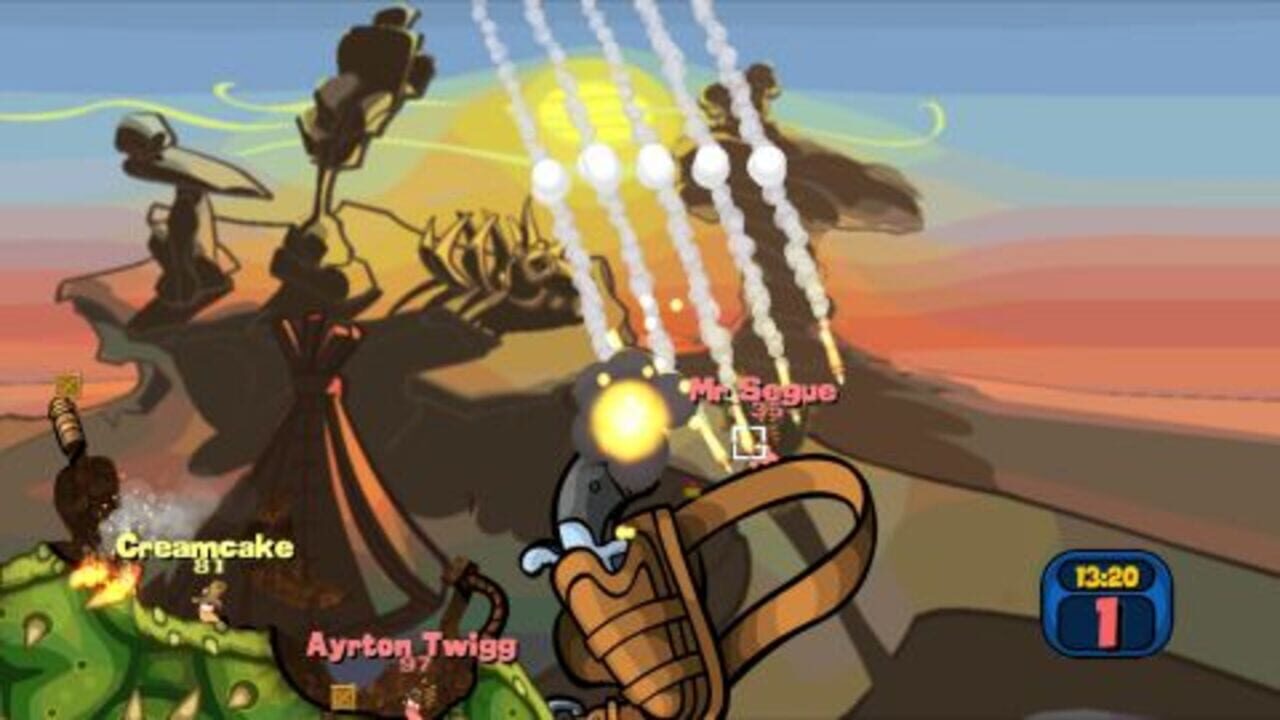 If screenshots are not enough, you can enjoy creative videos from Team 17

If you like Worms 2: Armageddon, but you're tired of it and want something new, you can try other games.